On the Market: Country Estate in West Grove

Love cathedral ceilings and stained wood beams? This is the house you've been looking for, then, and it's been waiting for you for a while. 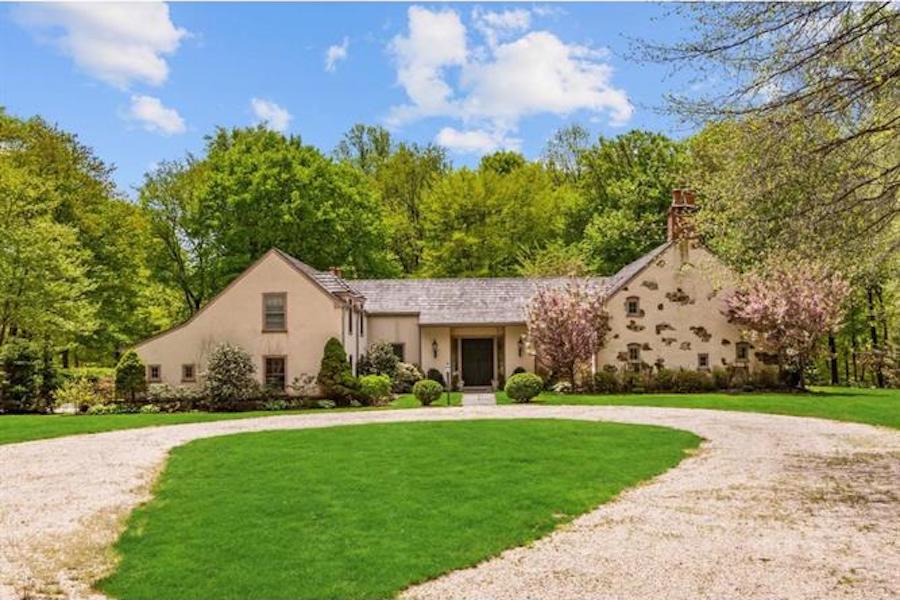 This section used to have a feature called “Why Won’t This Sell?”

In the past few years, we’ve run a few houses here that would qualify for it. Most prominent among them: the castle Rafael Viñoly designed for disgraced former Advanta CEO Dennis Alter in Fort Washington. The reigning area champion in both time on market — it’s been listed and relisted multiple times since it was first put up for sale in 2012 — and asking price — at the peak of the multiple oscillations in its asking price since it was last relisted in February of 2018, it had a price tag of $25 million, and more recently, it has swung between $10 million and $22 million several times — no other house for sale in the Greater Philadelphia region has been as star-crossed. (And we’ve featured it twice — in March of 2017 and again almost two years later.)

This handsome custom-built manor house for sale in West Grove, however, is giving 7711 Sheaff Lane in Fort Washington a run for its money.

Built in 1988, it first went on the market in March of 2015. It was pulled off the market and later relisted twice that year. The last of those relistings took place just before Christmas 2015, and it’s remained on the market ever since then — nearly 1,350 days.

Its sale price has also gyrated between bargain-basement territory and million-dollar-plus range, though the overall trend line has been downward: its current asking price is now less than half of its initial one.

These stats raise all sorts of interesting questions we’d like to ask about this house’s backstory. But we’re not going to ask them now, for the point is to get you to take a look at this place and maybe buy it already.

Why? Because it’s a very attractive, spacious and well-equipped country house, that’s why. 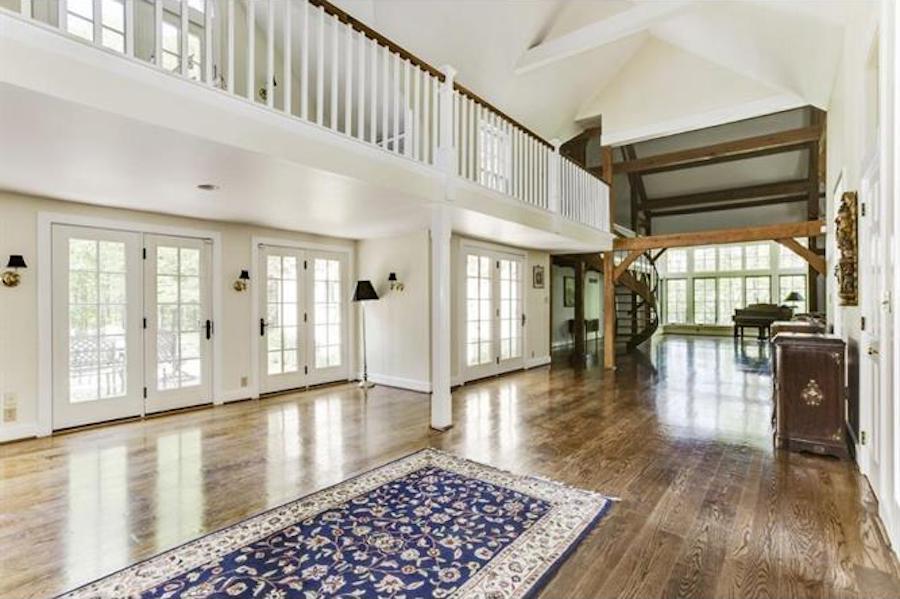 The last thing you should experience once inside this house is claustrophobia. Just about all of its main living spaces boast soaring cathedral ceilings, and many of those rise the full two-story height of this house. 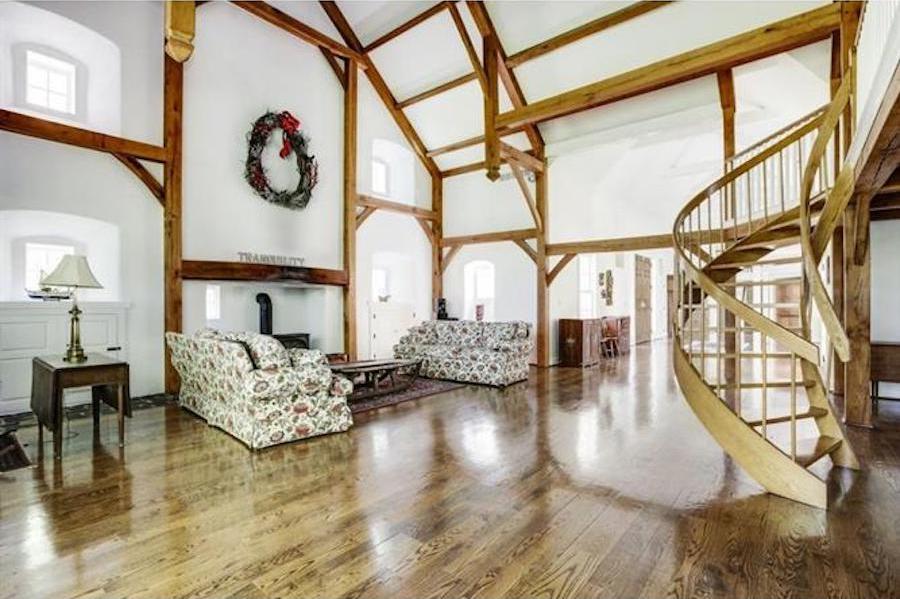 The most notable of these spaces, the expansive great room to the right of the two-story entrance hall, features a symphony of wood beams, a spiral staircase leading to the master suite upstairs, and a Franklin-stove fireplace at one end, creating a cozy nook amidst the vast space. Beyond the great room is a sunny conservatory and a cozy sunken library; these rooms connect to the expansive backyard and pool. 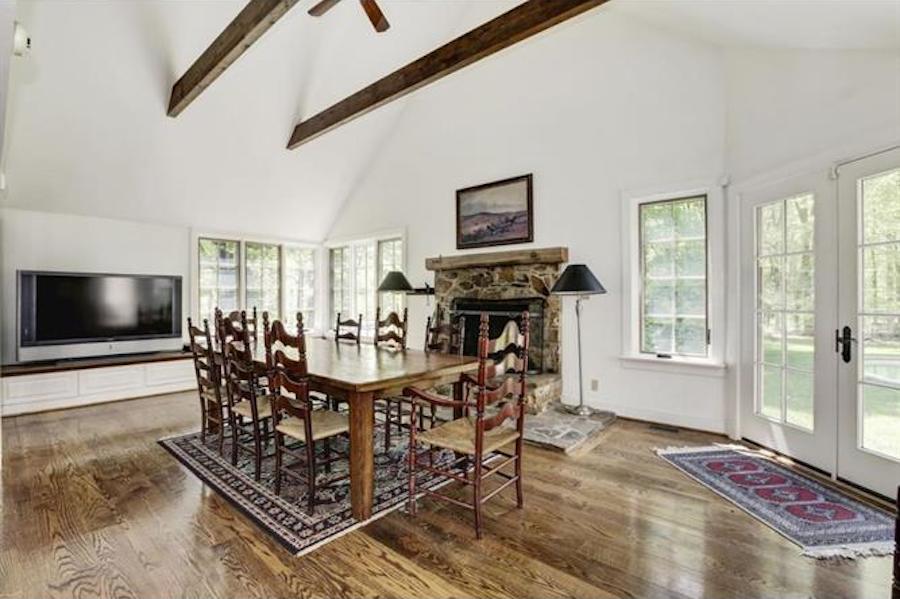 The dining room to the left of the entrance hall also has a beamed cathedral ceiling. 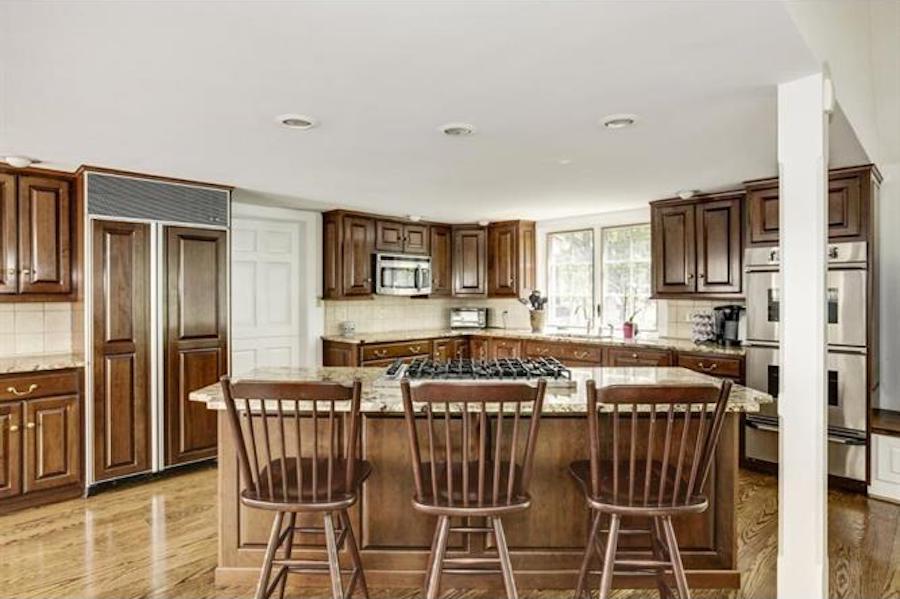 It’s one with the spacious kitchen, which has its own dining area around its island. 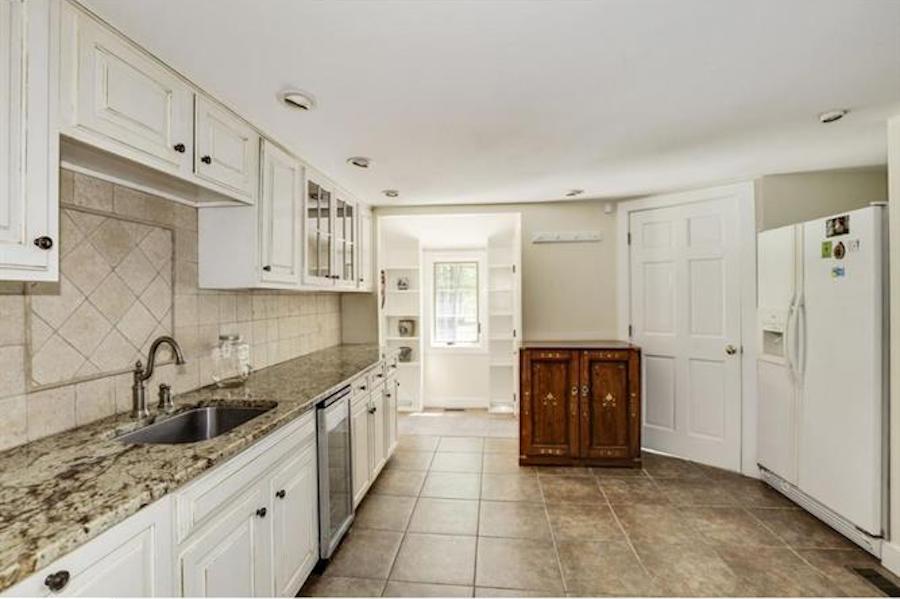 Add to these a butler’s pantry with its own refrigerator and wine fridge and you have a space that’s all ready for a large dinner party. 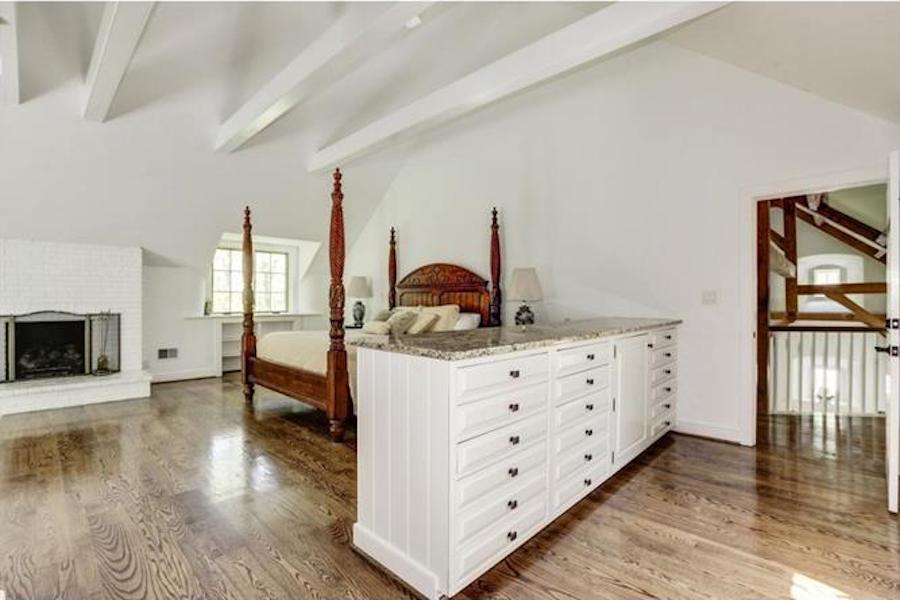 The master suite upstairs has a — wait for it — cathedral ceiling too, only this time, with painted wood beams. 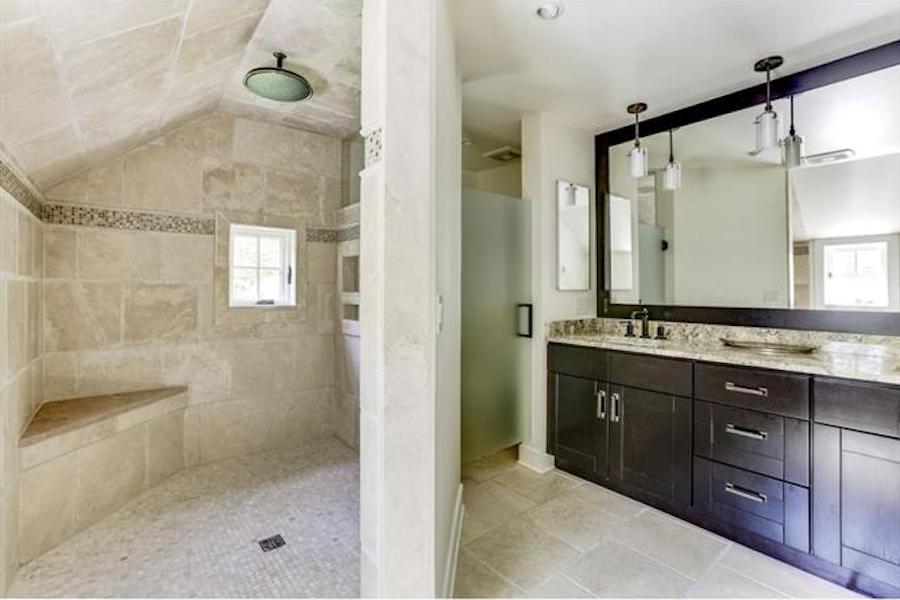 It also has a bathroom with a doorless, full stone tile shower and its own private balcony with stairs leading down to the backyard.

A bridge spanning the entrance hall connects the master suite to the other three bedrooms on the second floor. These share a hall bath. 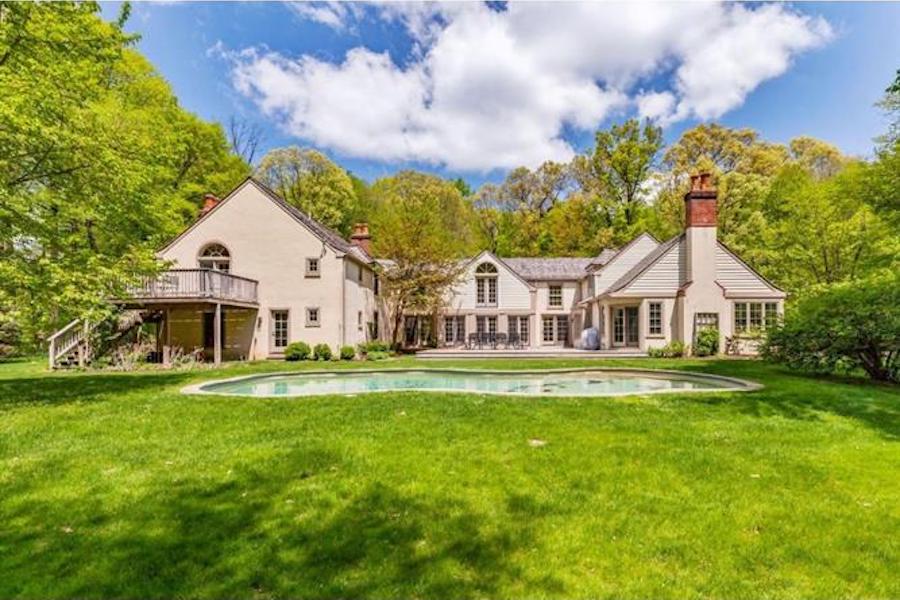 The rear deck and pool comprise only a small portion of this house’s 31.5 wooded acres. On these you will also find a tennis court, a stable with paddock, walking and riding paths, and pastures (sheep not included). As this property is zoned as a farm, you can bring your horse and other farm animals with you. Not inclined to farm? Enjoy your vast wooded retreat, then.

This house is in very good condition, and it’s out in the still-rural part of Chester County, so it should have caught the fancy of a would-be country squire or dame by now. But it hasn’t. So we ask again: “Why won’t this sell?”

OTHER STUFF: Two adjacent parcels of land, one of 20 acres and the other of three, are being offered as add-ons to this property. Its sale price has been adjusted both upward and downward a total of 31 times since it was relisted in December 2015; the most recent change was a reduction of $225,000 on Aug. 26th. Some of these changes, we suspect, may have to do with how much land was included with the property.