On the Market: Rejuvenated Second Empire House in Doylestown

A series of prominent Doylestowners have made this house their home or workplace since just after the Civil War. Will you be the next one? 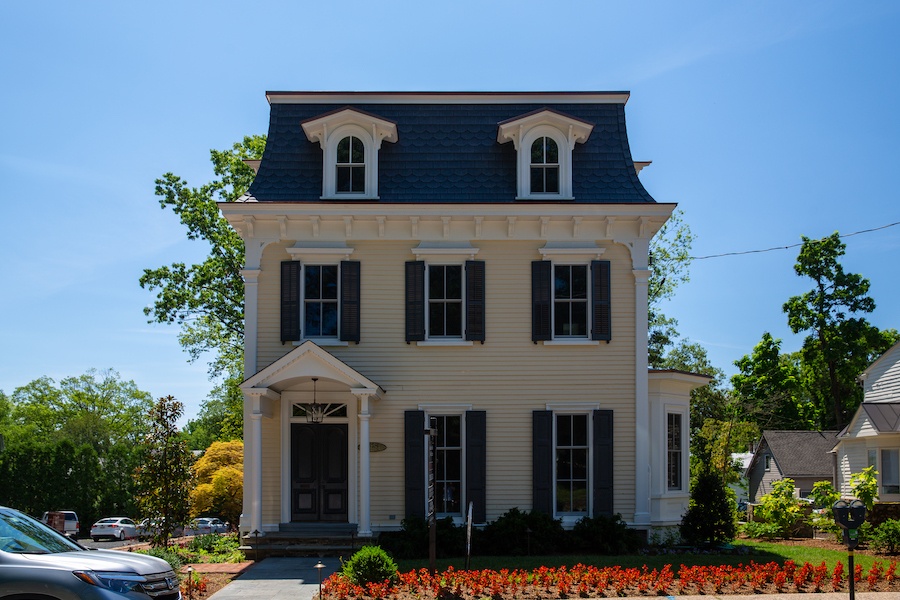 According to the Doylestown Historical Society, the history of this house for sale in the borough’s historic heart can be traced all the way back to William Penn by way of William Doyle, who established the tavern that formed the nucleus of the town that bears his name.

But the William Penn part could describe just about every house in Bucks County, and the William Doyle part applies to just about every parcel in Doylestown’s oh-so-charming heart. But this handsome, recently remade Second Empire house really does have a pedigree of its own.

It begins in 1870 with the widow of a Civil War veteran. The widow, Marie Antoinette (Morris) Ely, had been married to Brevet Maj. Gen. John Ely, a Bucks native who commanded the 23rd Pennsylvania Volunteer Infantry and the 21st Veterans Reserve Corps during the war. After his death in 1869, she purchased the long lot on which this house now stands so she could return to Bucks from Philadelphia in order to build her country home. 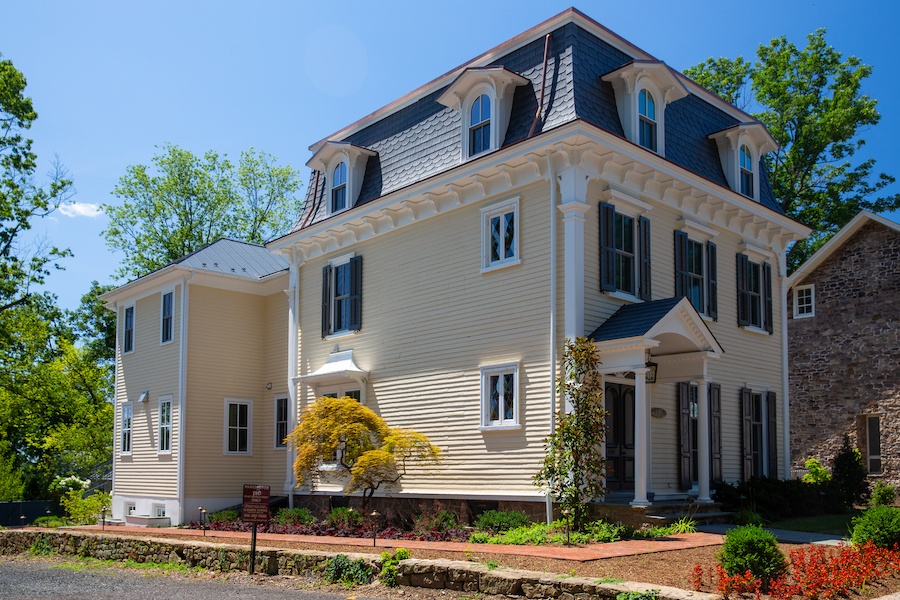 This is that home.

After Ely passed away in 1877, the house passed through several hands, including those of some notable Doylestowners. Osteopathic physician George Hayman made it his home and office from 1910 to 1920 before he moved across the street to establish a private hospital. 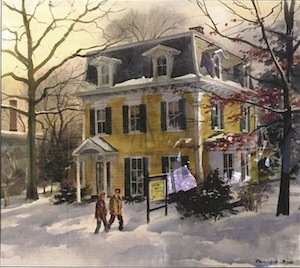 He was succeeded by a notable figure in Bucks County Republican politics: attorney Arthur Eastburn, who was elected District Attorney in 1925. He would hold that office for 12 years, from 1926 to 1938, after which he remained active in Republican politics and civic affairs. The law firm he founded in 1946, Eastburn and Gray, continues in business to this day.

After Eastburn’s death in 1971, the house was converted into offices. From 1976 to 2003, it was the home of Vista Travel Agency and its proprietor, Doris Blau, who lived in its new third-floor apartment with her husband Frederic, a professor at Delaware Valley College. 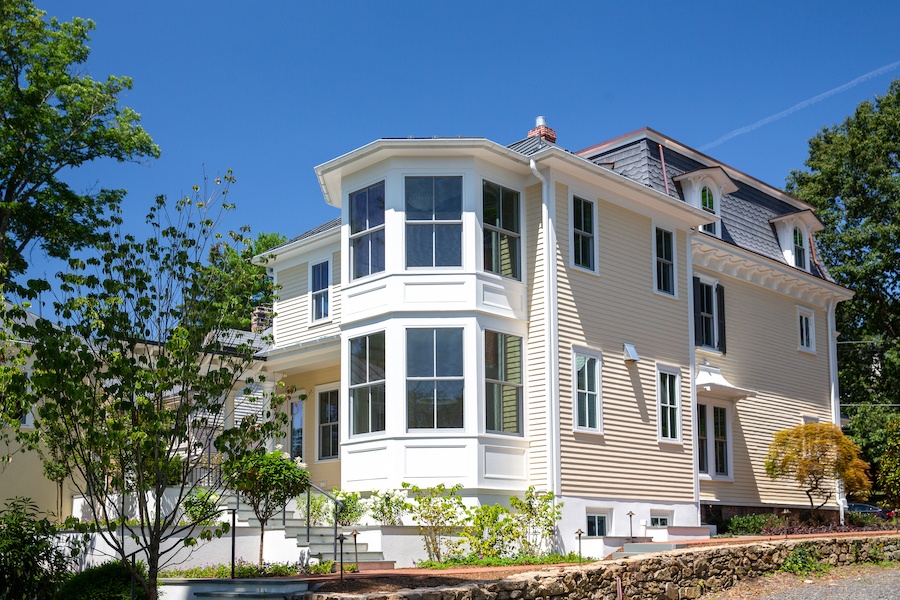 The house you see in these pictures is the result of restoration, renovation and expansion performed by Donald E. Morel, Jr., the retired CEO of West Pharmaceuticals. Morel bought the house and lot in 2016, split the lot in two, and built a residence for himself on the lot’s Oakland Avenue-facing side. He then contracted with noted local architect Ellen Happ and Jarrett Vaughan Builders to remove a two-story rear wing that had been added to the house and build a new one in its place. That wing now contains this house for sale’s master bedroom and kitchen. The original house was converted back into a single-family residence. After that, he transferred ownership to a holding company he owned with an eye on selling it eventually. 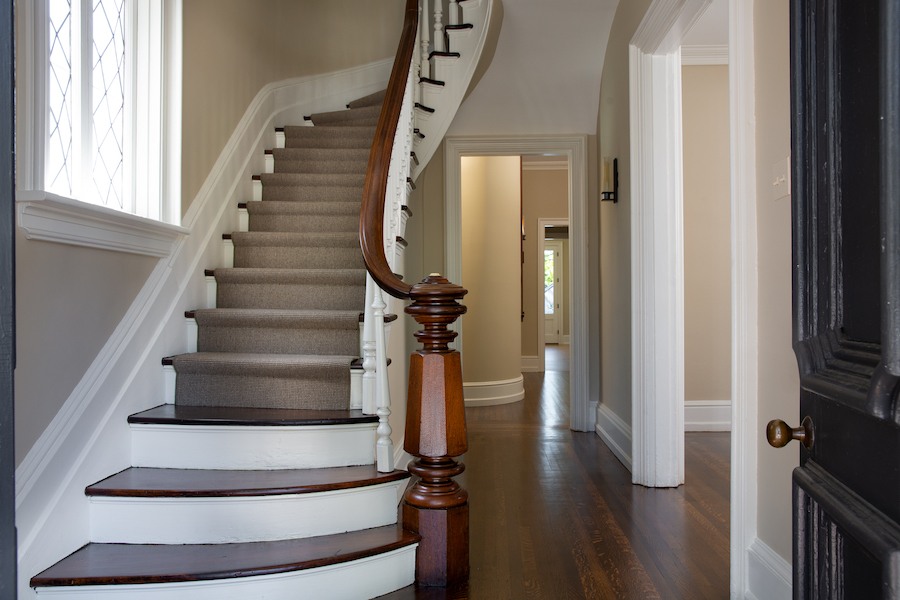 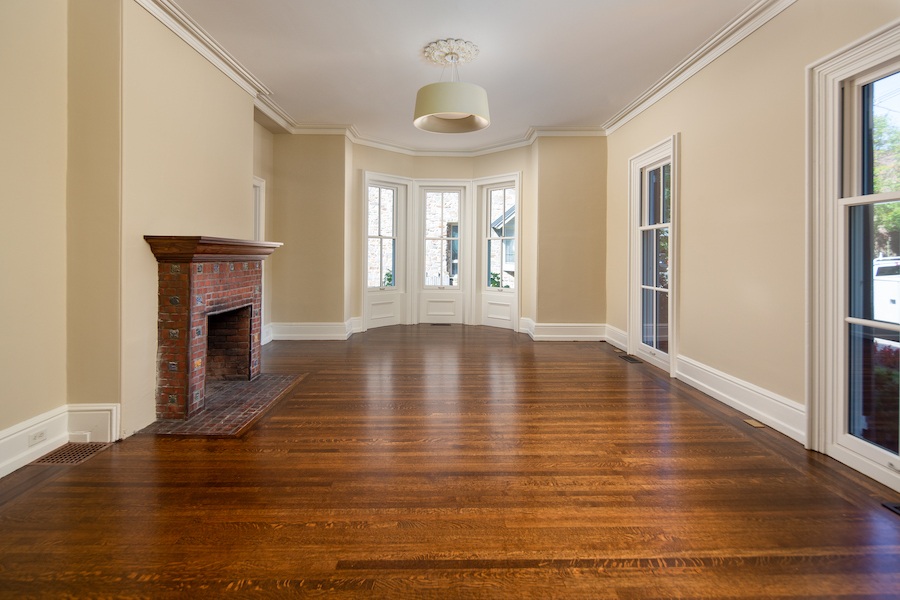 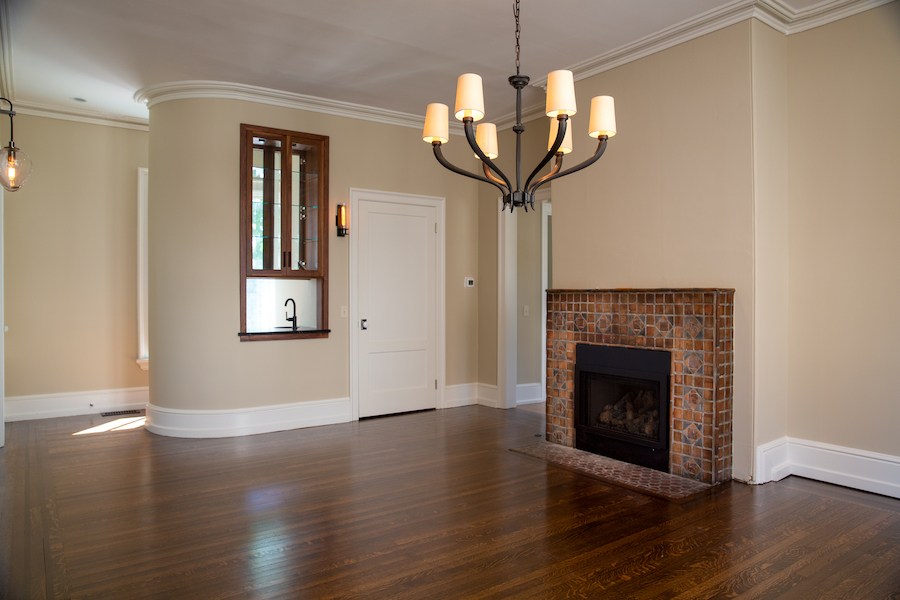 That “eventually” is now. As these photos should make clear, the reconstruction has restored all of this house’s original millwork and detailing, and it has preserved the two Mercer-tile fireplaces installed in the early 20th century, most likely when Eastburn owned the house. 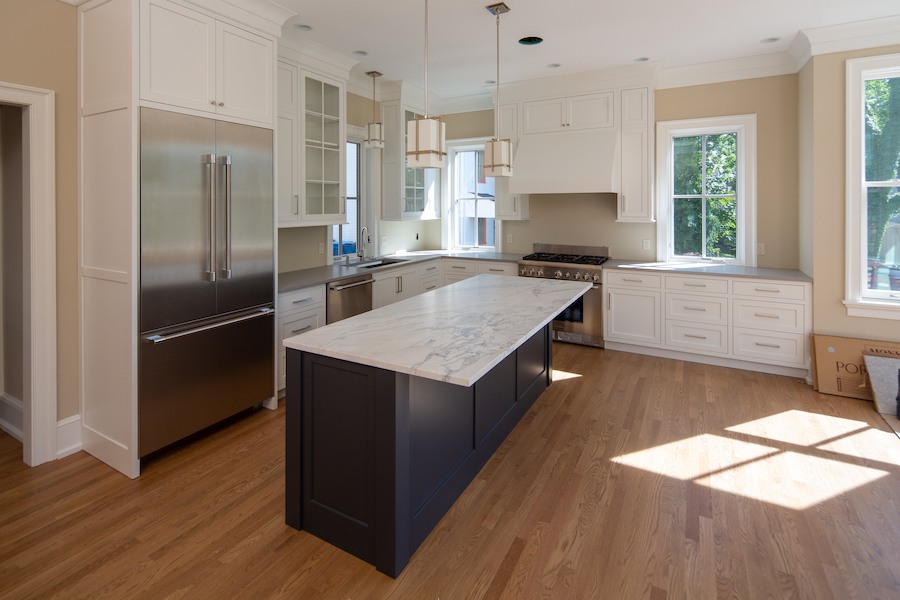 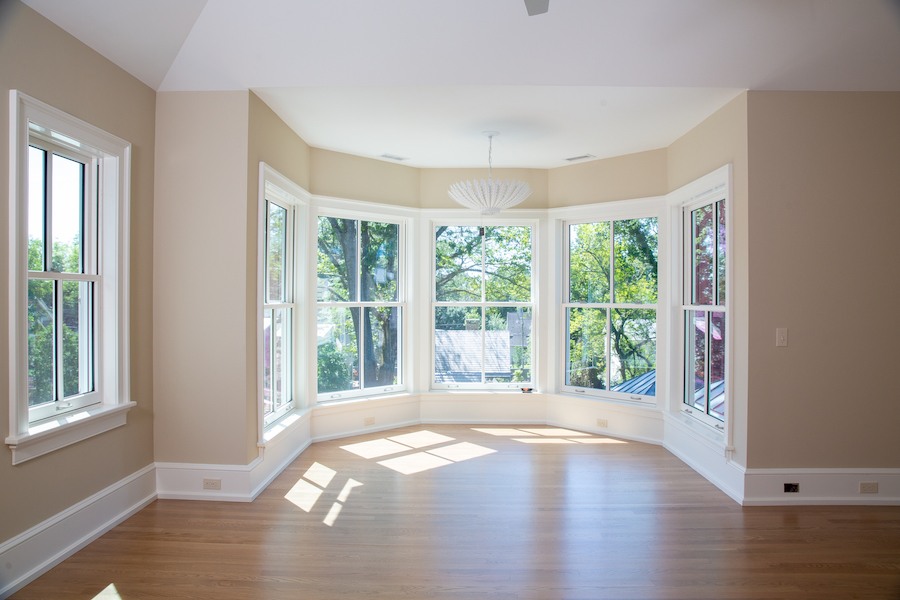 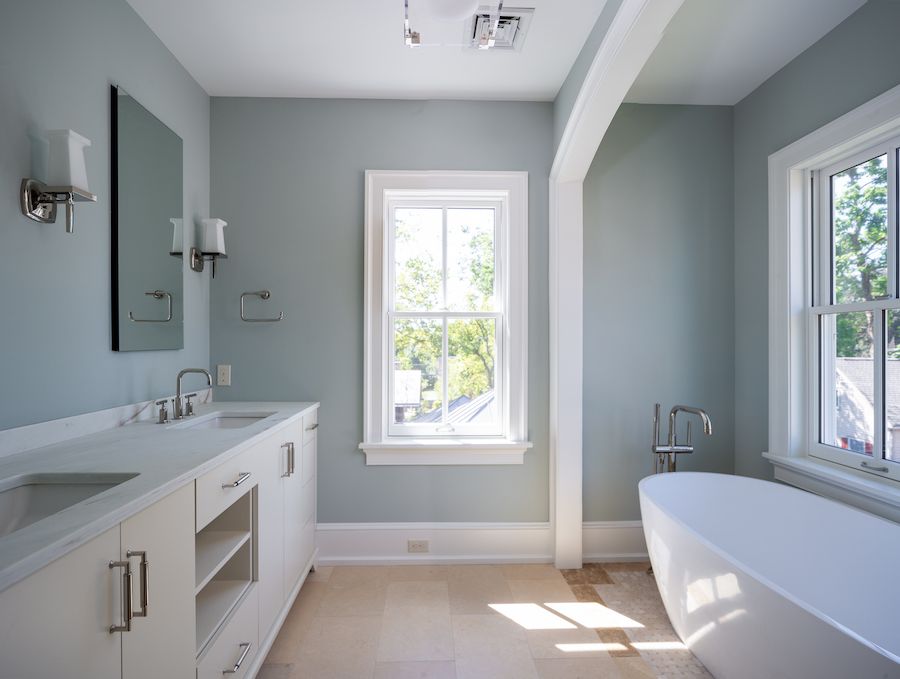 The new rear wing respects the architecture and design of the original house while adding the modern creature comforts buyers now expect, including a state-of-the-art eat-in kitchen and a sumptous master bathroom. 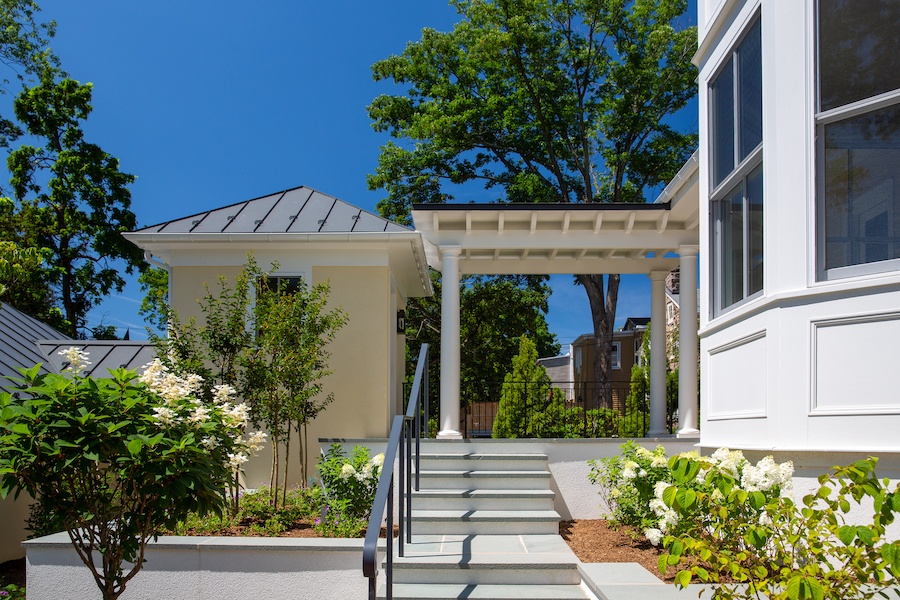 Also added to the property: a rear terrace and detached two-car garage. Other new features include a full wet bar in the original house’s finished basement, a whole-house audio system and a shaft in which an elevator can be installed.

Will you write the next chapter in this house’s distinguished history? If you’d like to, contact the agents listed below.