It's not plunked on top of a waterfall, nor did the master himself design it, but this beautifully restored midcentury modern house has a lot of the Wright stuff. 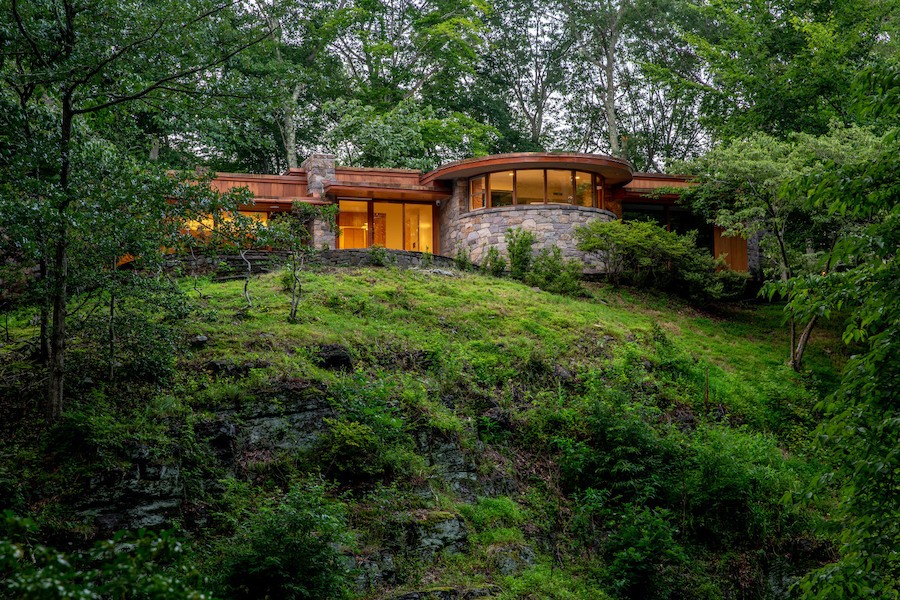 In the pantheon of modern American architects, there is Frank Lloyd Wright and there is everyone else. Not only did he create one of the most influential American architectural styles of the 20th century, he did some of his best work on his residential projects, none of which are more famous than “Fallingwater,” the house he designed for Pittsburgh department store magnate Edgar Kaufmann in Bear Run. 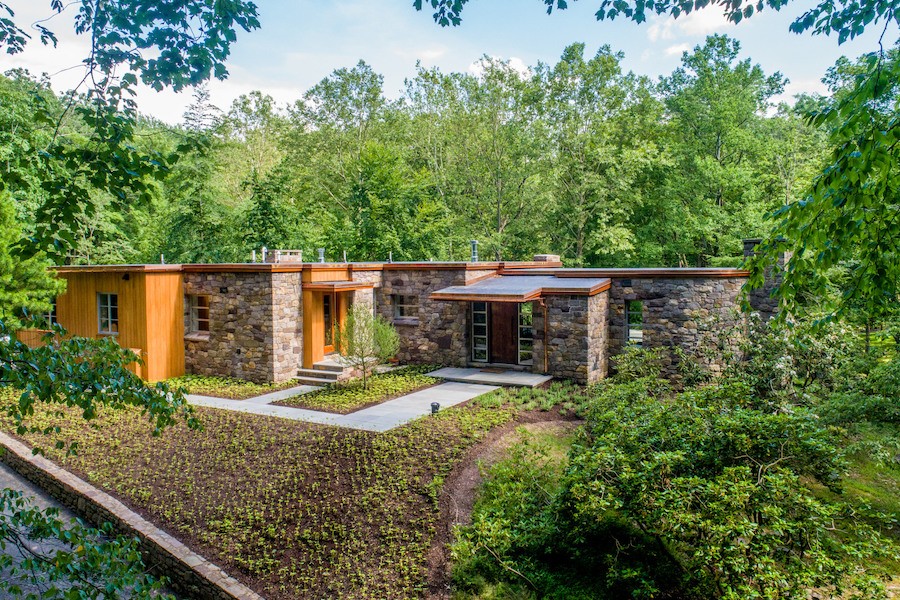 “Fallingwater” this ain’t, but you can see the Wright influence in both the design and siting of this magnificently restored house for sale outside Carversville. Philadelphia architect Morris J. Perelman clearly drank deeply from the well of the master when he perched this house atop a cliff overlooking Paunacussing Creek in 1948. 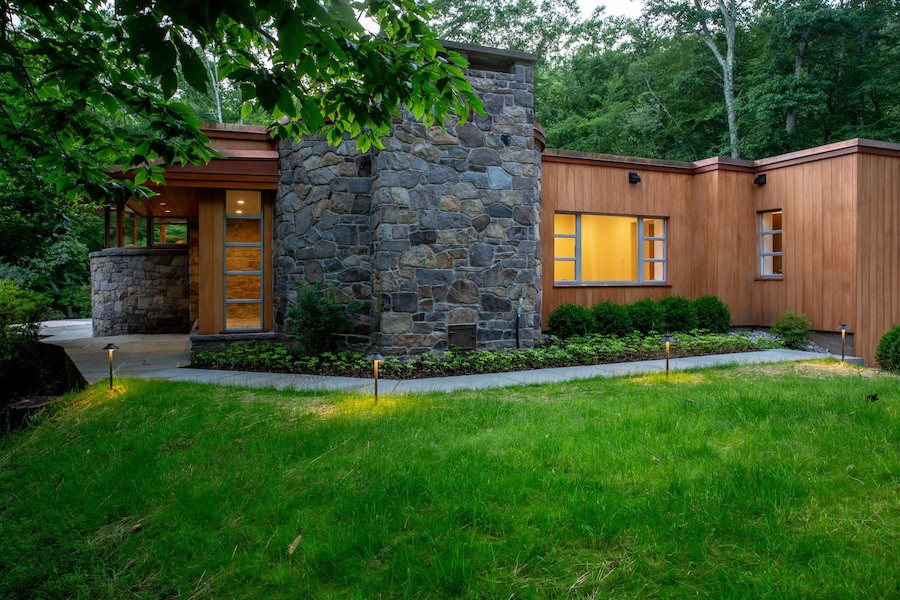 Even more than Wright did at Fallingwater, Perelman worked “in the nature of materials” in shaping this house from wood, local stone and concrete. The house’s cliff side looks like an extension of the hill it sits on, and the large windows in the cliffside rooms further erase the distinction between the two. 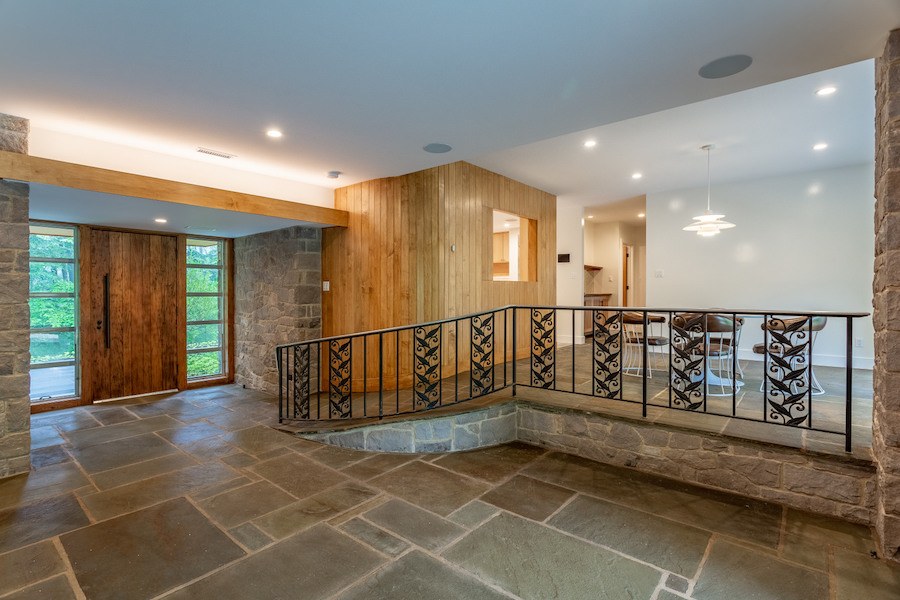 This house’s owners took great pains to be faithful to Perelman’s original vision in restoring it. They were fortunate to have original blueprints and old photos to guide them. From these, and with skilled artisans working on the restoration, they produced a house that may well look even better now than it did when it was first built.

On the Market: Historic Community Hub in Solebury 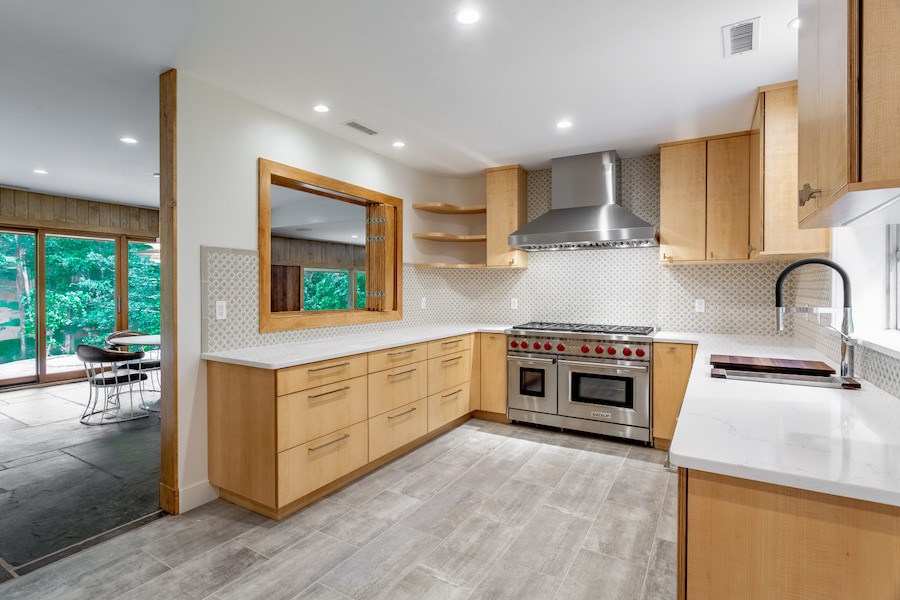 It also incorporates some advances made since 1948 in its kitchen. Those include its eight-burner, double-0ven Wolf gas range, Sub-Zero fridge, Miele dishwasher, wine cooler and maple cabinets, and maybe its radiant heat floors to boot. A Nakashima-inspired bar sits just outside the kitchen on the hallway leading to the bedrooms. 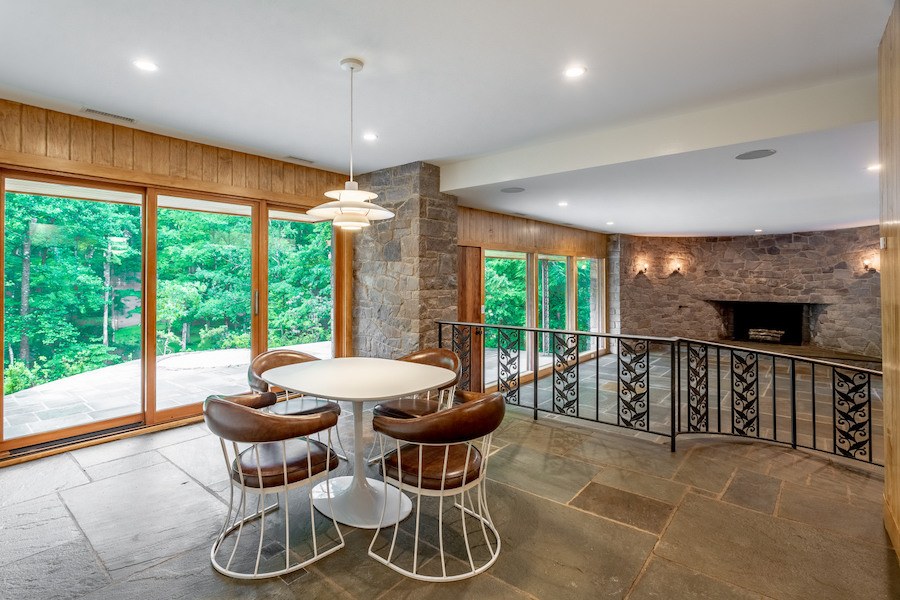 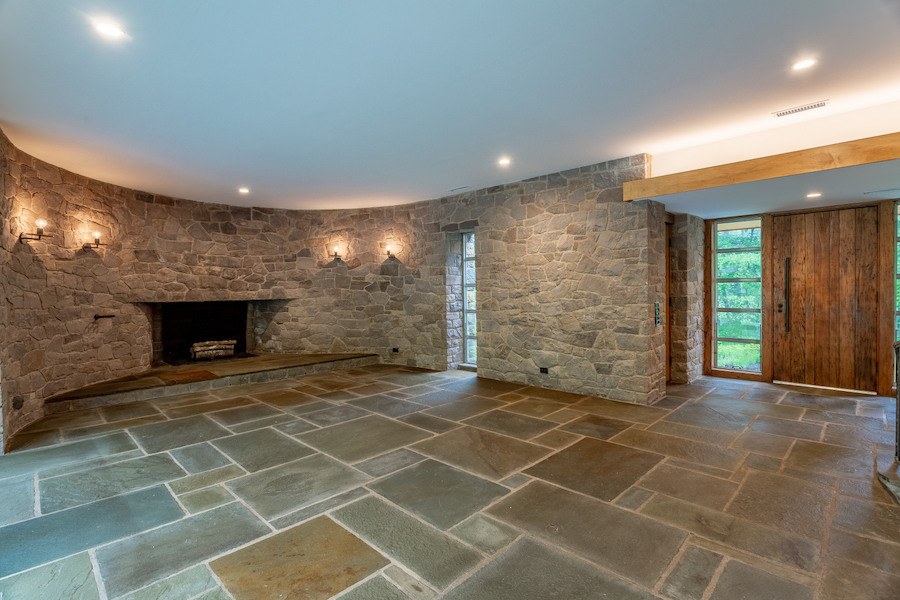 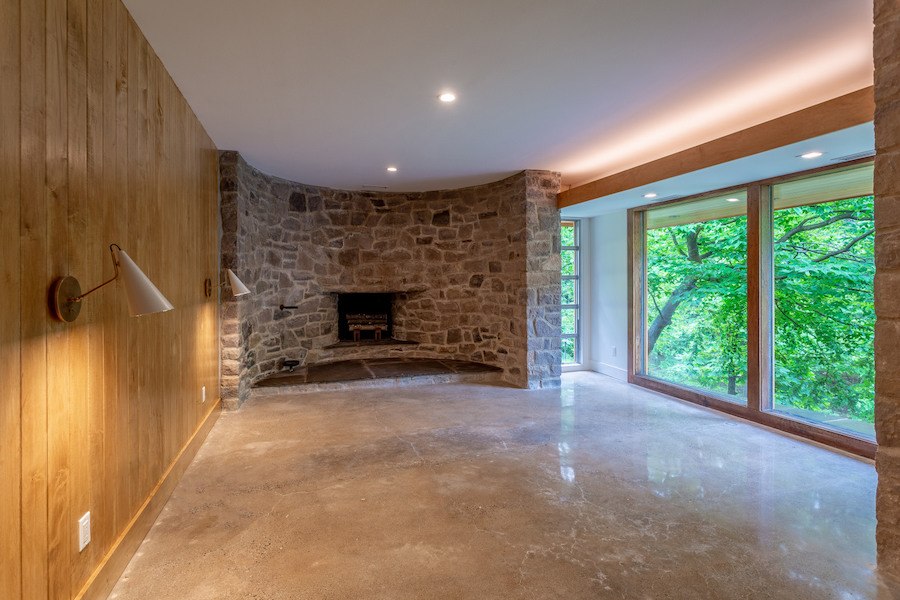 With their curved stone end walls with embedded fireplaces, the living room and master bedroom appear to be mirror images of each other. The living room’s slate floor also continues out onto a terrace with a great view of the creek and its wooded surroundings. 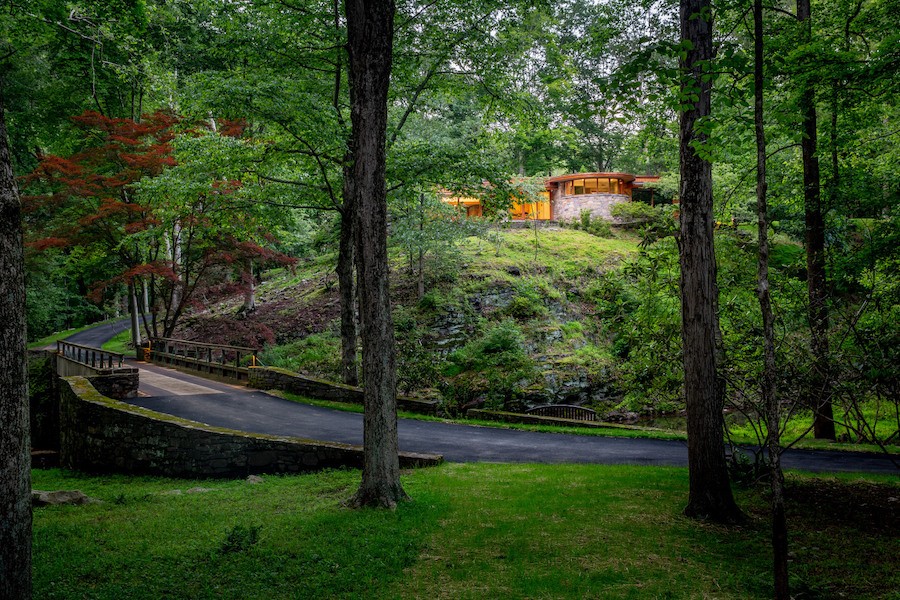 View of house and driveway

Perelman designed more than the house here — he did some sculpting of its site as well. A sinuous driveway leads from a new custom gate across the creek on the restored 1948 steel-and-stone bridge before climbing the hill to the house’s motor court and detached two-car garage.

Unless you let someone in, nothing but nature itself will intrude on your home, surrounded as it is by 8.82 verdant forested acres of land. Yet when you feel like going out into the world, you’ll find New Hope just s short drive away. Philadelphia takes an hour, and New York takes an hour and a half to reach. The Princeton Airport is a 45-minute drive away.

If all this sounds like it’s Wright for you, you know what to do.

OTHER STUFF: This house’s septic system has enough capacity to support an accessory dwelling on the property if you should decide to add one.