On the Market: Rebuilt Row House in Bella Vista

Talk about a beautiful sight. A masterful rebuild turned this early-20th-century row house for sale into a 21st-century showstopper. 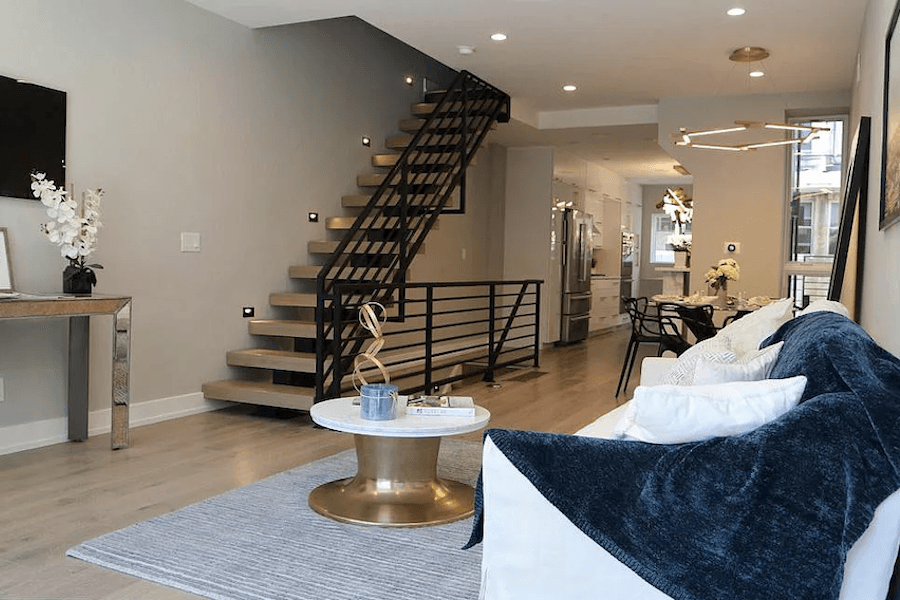 While his concern for the architectural integrity of South Philly rowhouse blocks is touching, Councilmember Kenyatta Johnson’s bill to ban bay windows in Grays Ferry and Point Breeze is misguided, and I’m surprised his fellow council members didn’t laugh it out of the room.

What he should have done is mandate that the builders design better bay windows.

They can take their cues from early-20th-century row houses like this house for sale in Bella Vista.

Yes, this is an early-20th-century row house. However, as you can see, all traces of its past have been completely removed.

Except for those bay windows on the upper two floors.

Yet even those have been brought into the modern age, though. So has the rest of this stunning high modernist makeover.

The usual first-floor windows have been replaced by a huge three-part window stretching from the ceiling to the street that also provides light for the basement below. That window floods the open main floor with light. 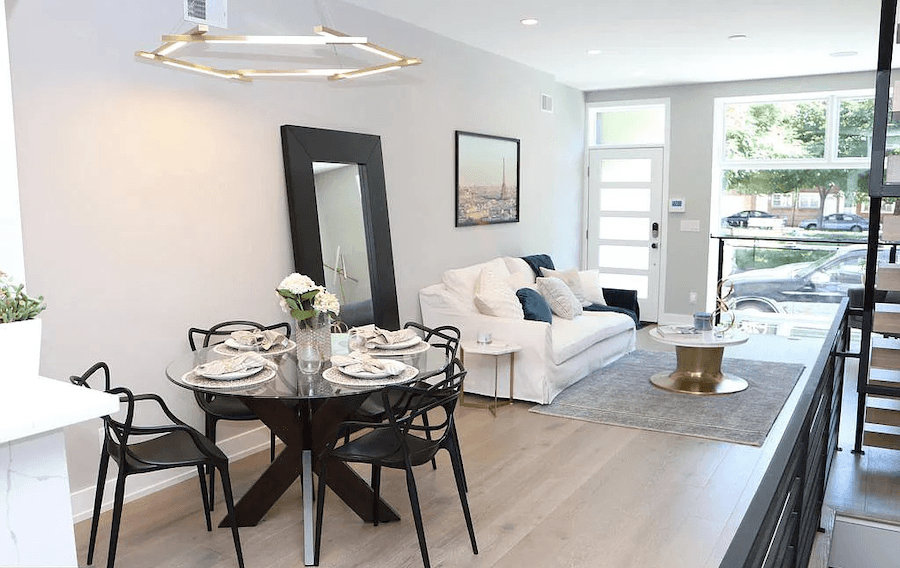 Speaking of light, check out the fixtures in the dining area and over the kitchen island. That latter light fixture especially is one of the most original I’ve seen in quite some time. 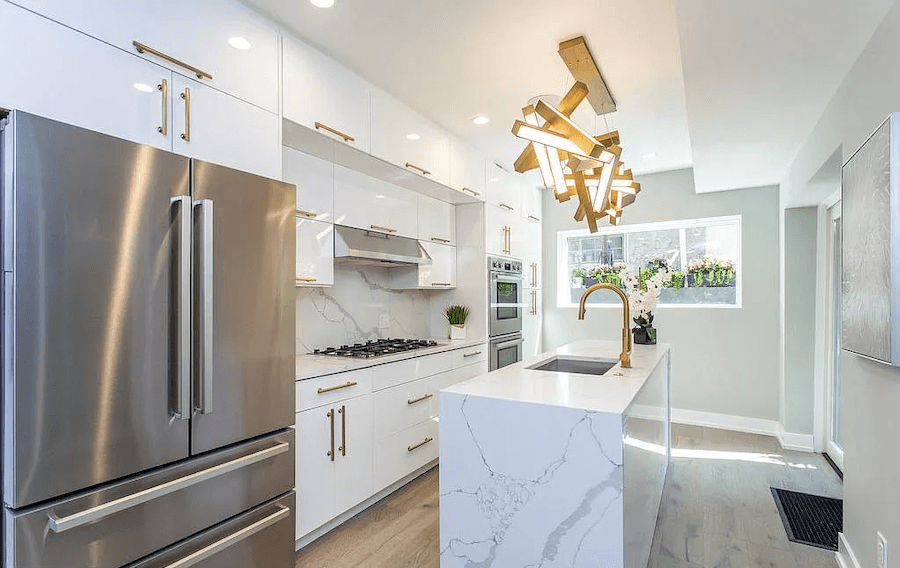 It shines over a Calacatta marble-topped island. The counter and backsplash are cut from the same stone. Sleek Bertazzoni appliances complement the kitchen’s Eurostyle look. 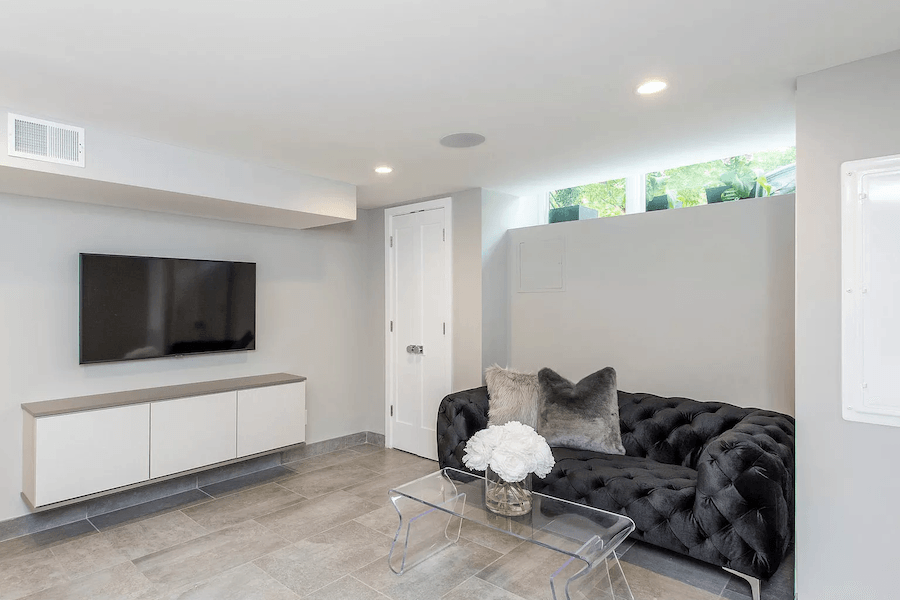 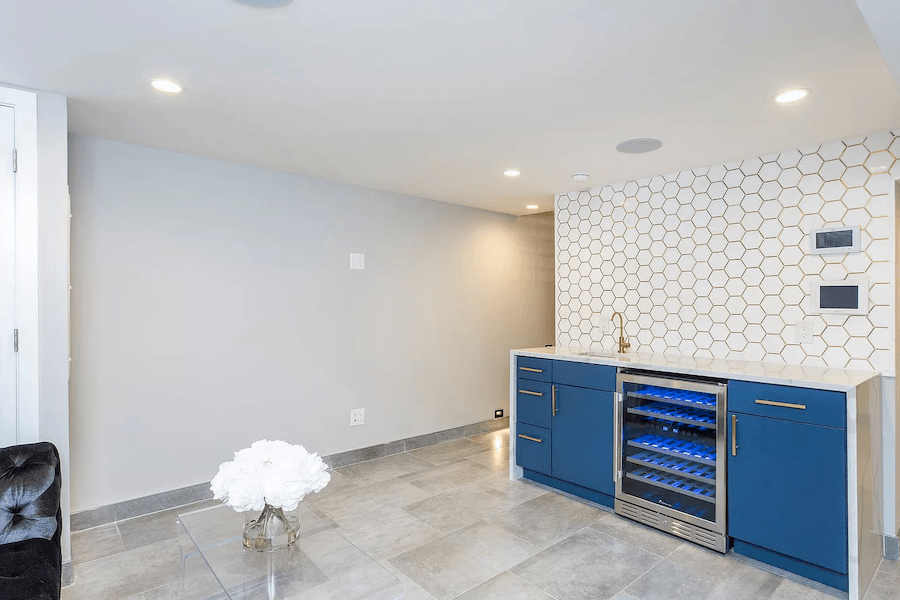 This house is filled with elegant modern touches, from the lights that shine on the floating staircases to the trim and tilework on the wet bar in the basement to the elegant fixtures and fittings in all the bathrooms. 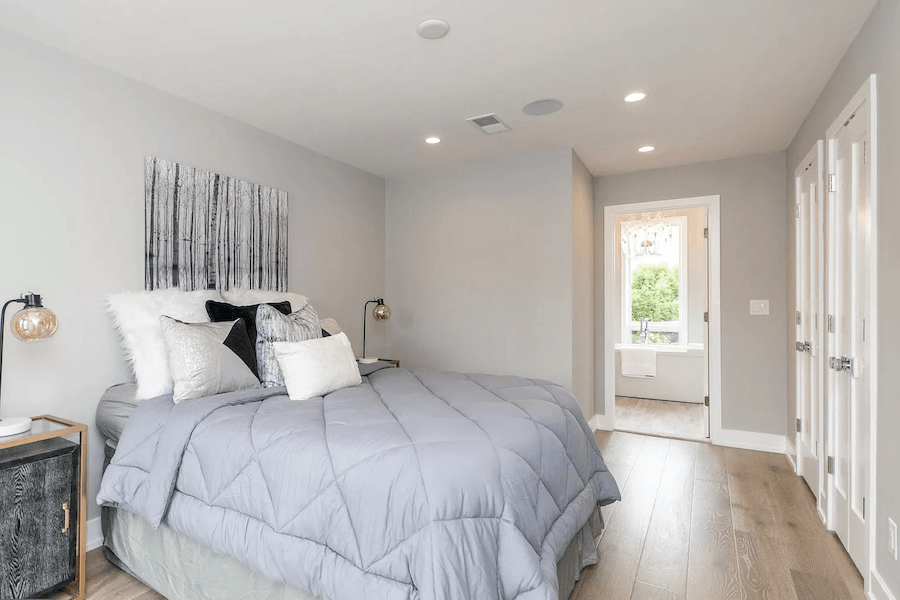 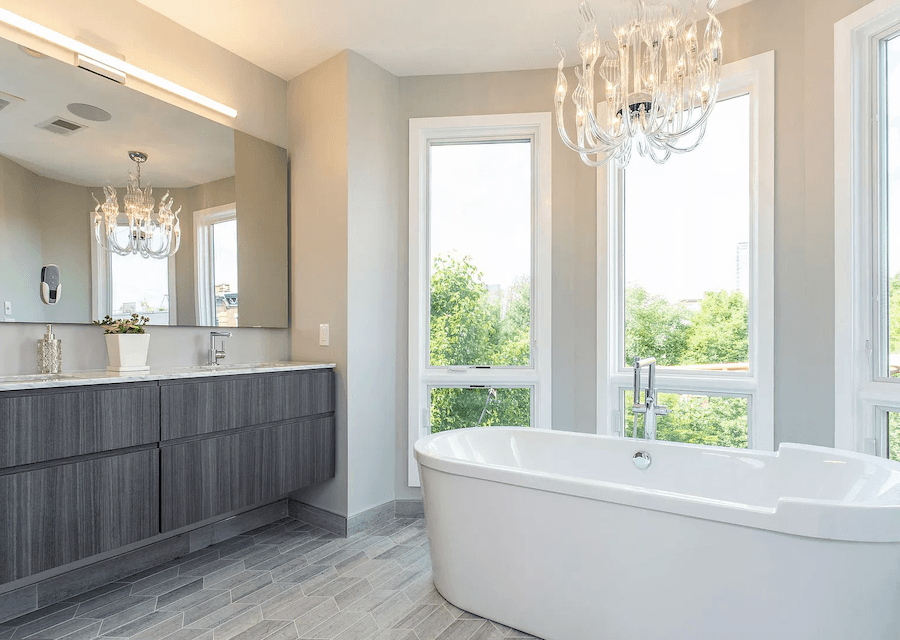 Especially the third-floor master bathroom, which features, among other things, an in-mirror TV and views through the large bay windows. 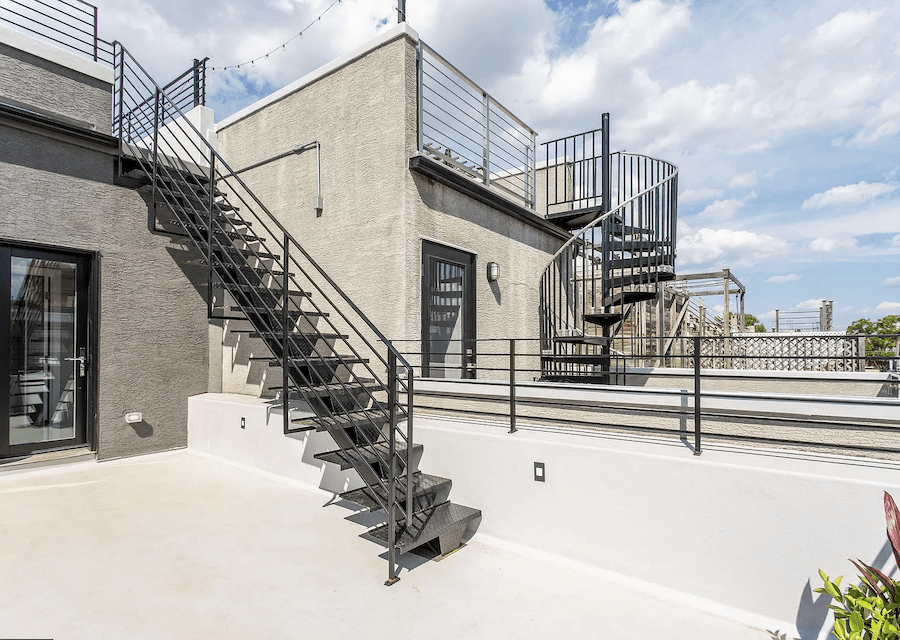 In the back of the master suite is the lower level of a bi-level roof deck that lets you take in the beautiful sights around you.

The rebuild turned this into a totally 21st-century house for sale in its guts as well. A Lutron lighting system lets you program all the lights, the house is totally wired for audio and video, and iPads at five locations let you control this house’s smart features as well as its security cameras.

Add to all this a most convenient location opposite Cianfrani Park, with a Walk Score and a Transit Score of 99, and you have a true gem here.

From its bay windows to its backyard.

OTHER STUFF: The sale price includes one year’s prepaid parking at a nearby garage and a one-year builder’s warranty that takes effect at settlement. This house’s sale price has been reduced twice, most recently by $55,000 today (June 19th). This house will be open for tours from 11 a.m. to 1 p.m. Saturday, June 29th.

Updated June 20th, 7:22 a.m., to reflect a change in the included parking as a result of the price reduction.