Want to be at the forefront of a growing real estate trend? Or do you just not want to have to deal with maintenance? Either way, one of these beautiful houses will fill the bill. 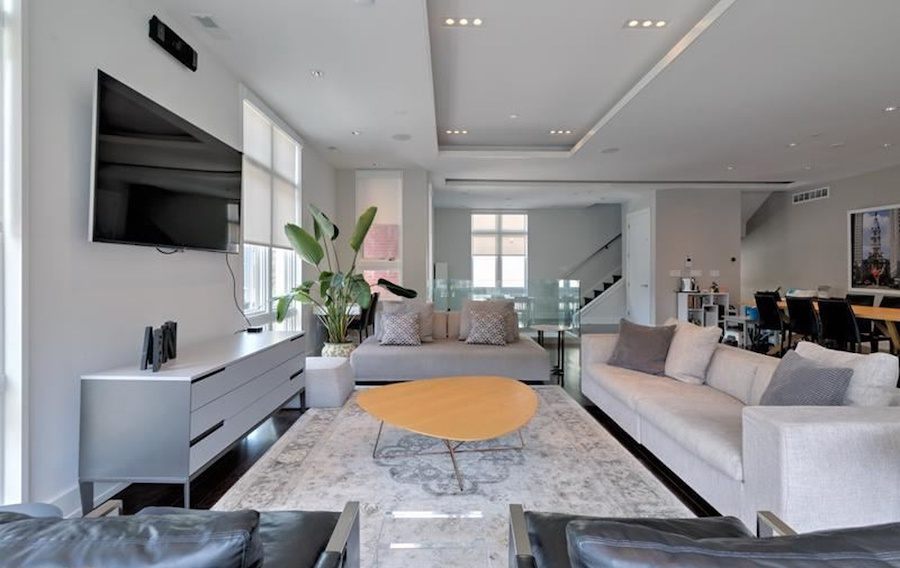 Renting: It’s not just for the transient and the struggling anymore.

According to a recent RentCafé study, high-income households make up the fastest-growing segment of the rental market nationwide. More than 135,000 households across the country with incomes of $150,000 or more became renters in the decade ending in 2017. That’s 175 percent more ritzy renters than there were at the start of the decade.

Locally, the well-to-do still remain homeowners by a large margin: 77 percent of all high-income households in the Philadelphia area owned their homes while 23 percent rented them in 2017, the latest year for which figures are available. But even that gap has shrunk; in 2007, the percentages were 87 and 13, respectively.

“Philadelphia’s high-income population displays the same new attitude towards renting as the rest of the country,” says Alexandra Ciuntu, author of the RentCafé study. “While homeownership within the top-earning segment is an attractive and viable option, renting proves a more flexible alternative.”

Ciuntu went on to offer some reasons why households who could easily afford to buy a home would rent one instead. “It can be a case of wanting to ‘try out’ a property before deciding to invest, or renting a place in the heart of the city and another close to a high-rated school at the same time. Or it may simply be a more comfortable solution to a dynamic lifestyle that is heavily influenced by work relocation or social engagements.

“Seeing as 2017 had 297,000 wealthy owner-occupied households compared to 323,000 in 2007, it might also signal a change in post-housing crisis renting mentality mixed with a millennial approach that doesn’t necessarily make homeownership a priority.”

Those who would prefer not to own a home but have the scratch to afford a deluxe one have plenty of nice rental houses to choose from right now. These five are among the cream of the crop. And the good news is, some of these are downright cheap by expensive-rental standards. 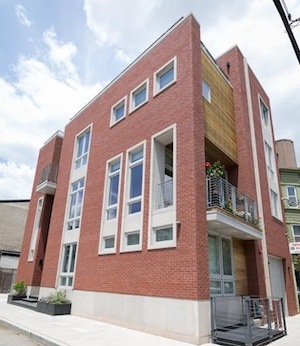 The owner of this grand new townhouse where Rittenhouse Square meets Fitler Square had been trying to sell it but had a change of heart last month. Now it’s being offered for rent. Lucky you, commitment-phobe: you can now enjoy living in a truly original, luxurious house designed by architect Shimi Zakim of Atrium Design Studio in 2015. Its brick-and-limestone facade makes it stand out from most new houses being built today, and the quality of construction, design, fixtures, finishes and amenities make it worth every penny you will pay to rent this house.

An elevator connects all five floors of this house, from the finished basement to the top-floor master suite and wrap-around roof deck.  There’s also a deck off the kithcen where you can take in the passing scene. And you can park two cars in its garage. 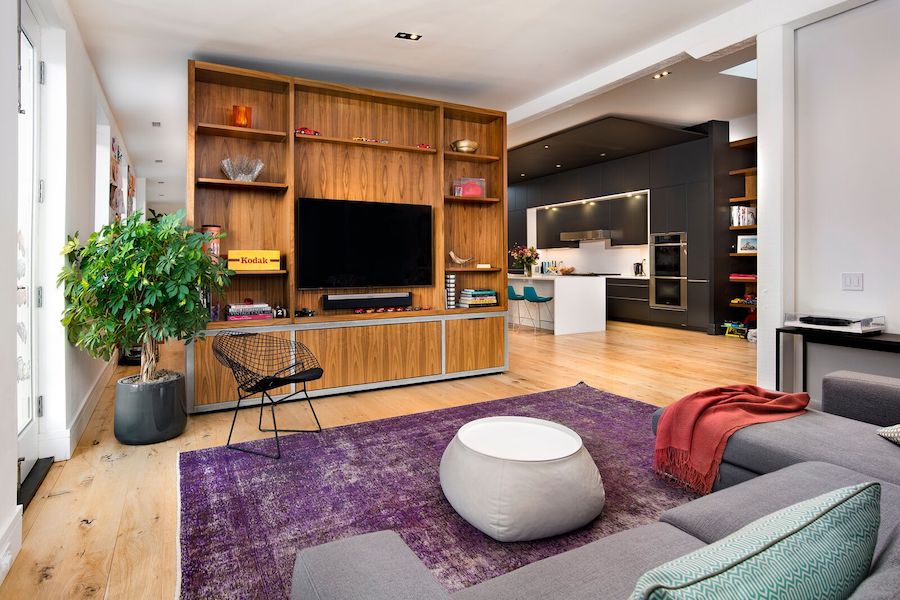 The owner of this ultra-chic modern condo on the top floor of a converted cigar box factory has switched from collecting a chunk of change by selling it to collecting rent each month for income. Otherwise, it’s the same hip, cool, fresh space it was when we featured it last spring, when it was on the market for sale. 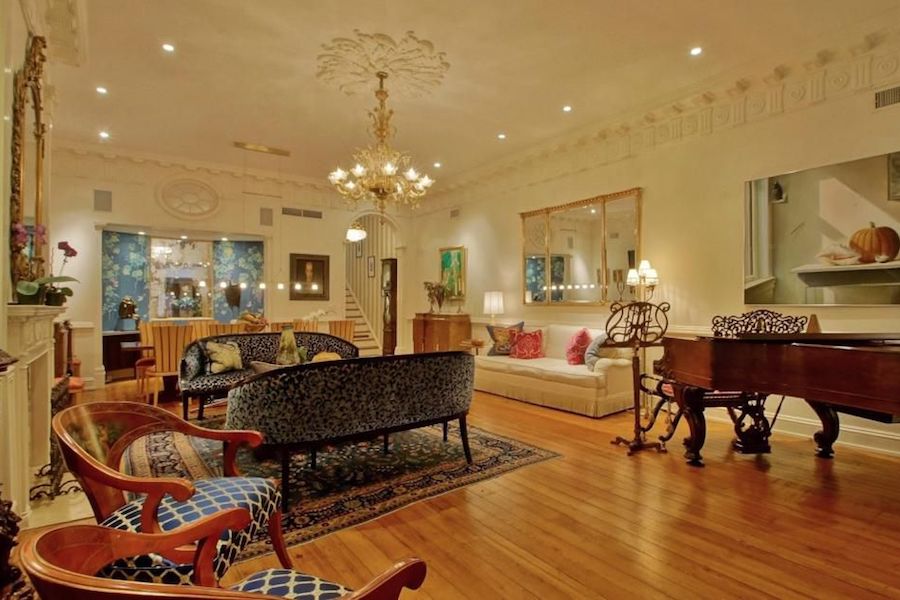 This elegant townhouse offers a contemporary take on classical design in its polished, stylish spaces. It offers everything you would expect from a luxurious Rittenhouse Square townhouse and then some. The “and then some” part comes from its owner, which also owns the Touraine apartment building across Spruce Street. This means you have access to the Touraine’s fitness center, business center, 24/7 concierge and package room, not to mention a maintenance staff at your beck and call when you need it. Yet you still enjoy the privacy, parking, and amenities included in a townhouse that’s yours and yours alone. 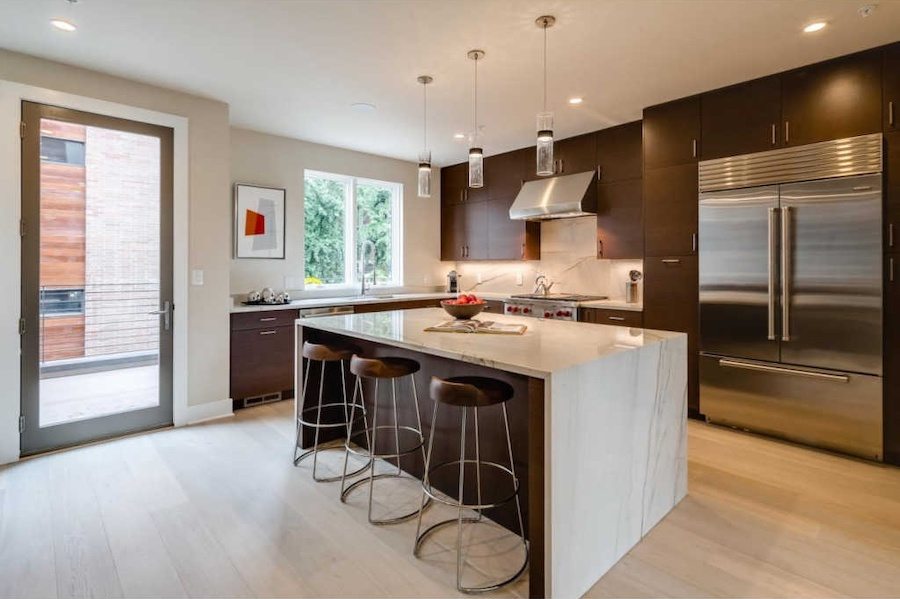 This grand new townhouse in the Adagio development may lack the views of the Delaware its siblings facing Front Street offer, but it has everything else they have: a soaring, two-story-high living room. Top-flight appliances in a sleek Eurostyle kitchen. Spacious bedrooms with a balcony off the master. A spacious deck off the kitchen and a roof deck with outdoor kitchen and wet bar. An elevator that runs from the basement to the roof deck. Garage parking for two cars. Toto toilets and Grohe plumbing fixtures. And easy access to the greatest concentration of restaurants, nightspots and attractions in one place in all Center City, not to mention the Historic Square Mile and Penn’s Landing. 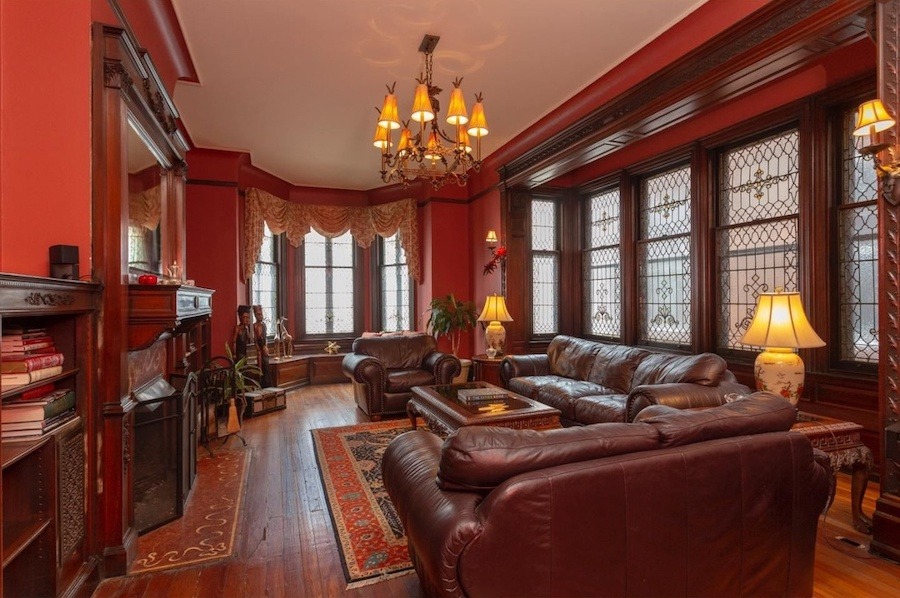 If you’re looking to rent the elegance of a bygone era, this is the house you’re looking for. This brownstone has been meticulously maintained to keep all of its original style and design elements intact: Leaded glass windows and deep windowsills. Rich woodwork. Marble accents. A stainless steel Sub-Zero refrigerator and Wolf gas range in the kitchen. Wait, those last two items are among the modern amenities this house offers. The owner of this house has also kept it au courant where it counts.  It also has a lovely rear patio and a roof deck, and it’s wired for sound throughout, including the patio.