A piece of Northern Liberties has just landed in the middle of a chunk of Northeast Philly that's on the other side of town. 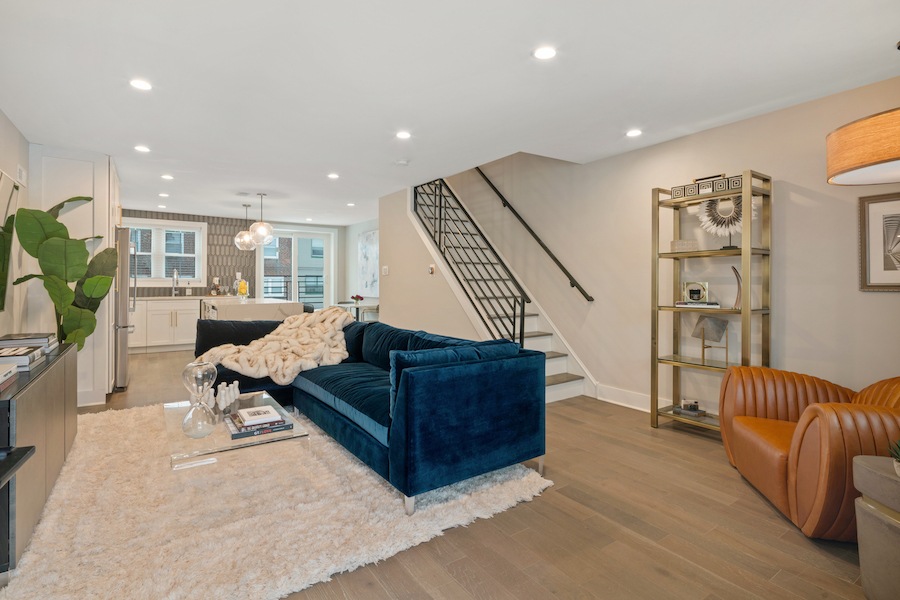 There’s a section of Northwest Philadelphia that looks like a piece of Northeast Philadelphia got lost on its way to Roosevelt Boulevard and decided to settle in.

It was developed right after the Second World War, when the land it sits on became free for development after the golf course that occupied it moved across the city line.

Many outside it call it Cedarbrook. Its residents hate it when they do. They, and the people who bought homes in it before them, were told by the builders of this chunk of the Northeast in the Northwest that they were living in Mount Airy.

And so they are, quite comfortably, regardless what the members of East Mt. Airy Neighbors say.

Now one of its newest residents will have the opportunity to live there not only in comfort but in high style, for a developer just turned one of the Airlite rowhouses that dominate the area into a Northern Liberties home.

And all he had to do was take out all the interior walls on its first floor. 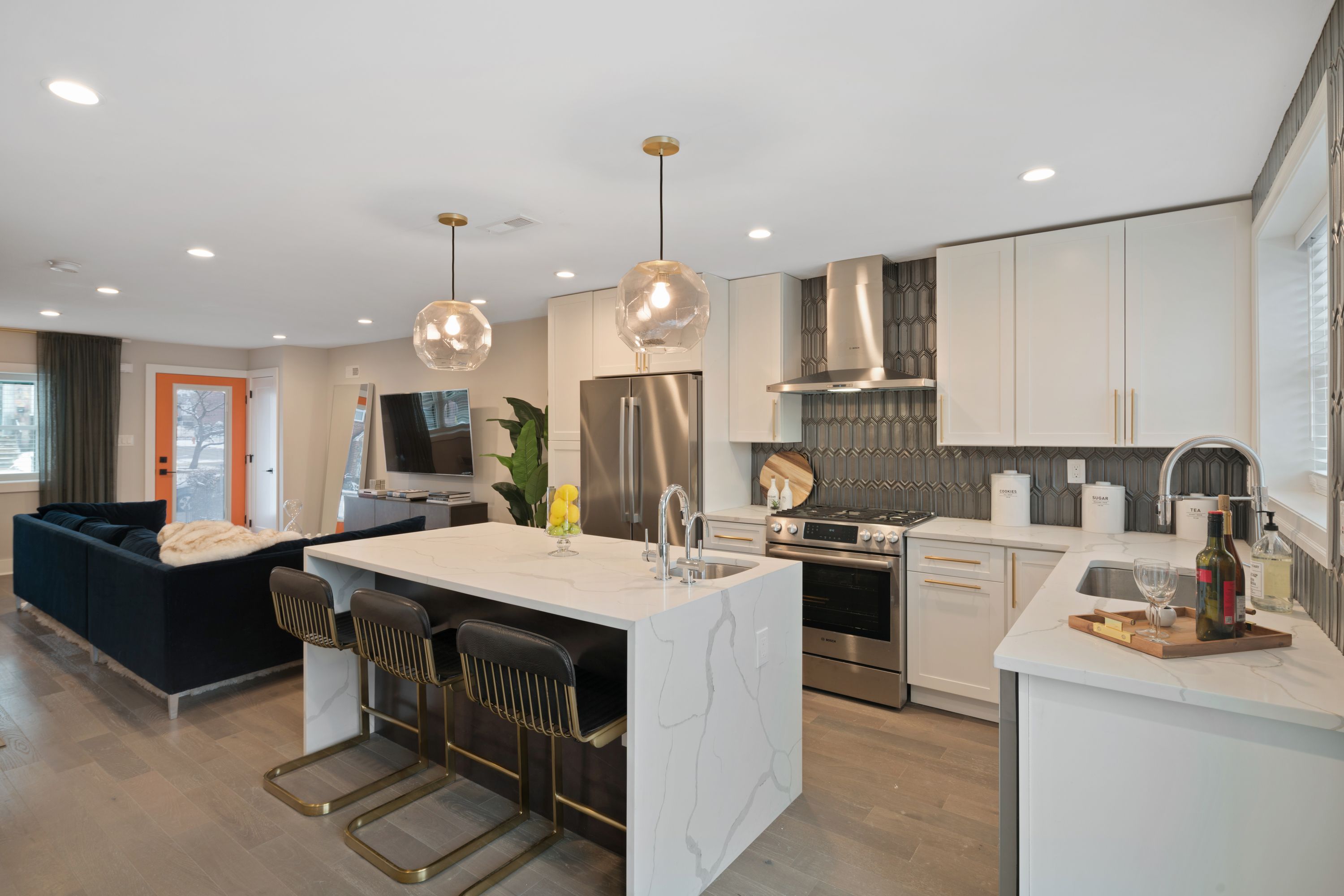 The spatial organization of the main floor of this house for sale is identical to its layout pre-rehab: Living room in the front. Kitchen in one rear corner. Dining room in the other.

But those missing walls change it into one flexible open space that makes entertaining easier because host and guests can use the entire space while the host is cooking up a storm in the kitchen. 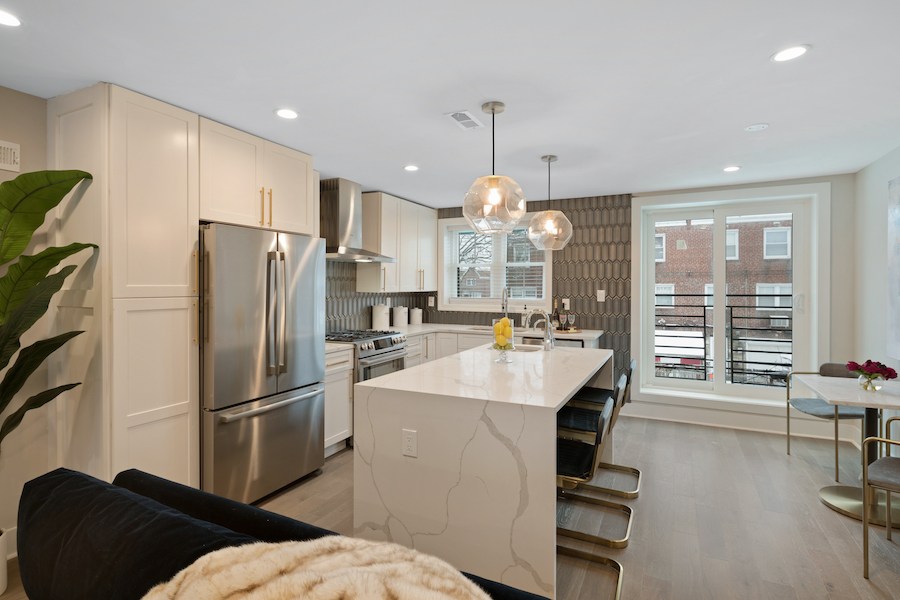 And what a kitchen it is! It has contemporary Fabuwood cabinetry, an island with quartz waterfall countertop and bar seating, Bosch appliances and a convenient drawer microwave. 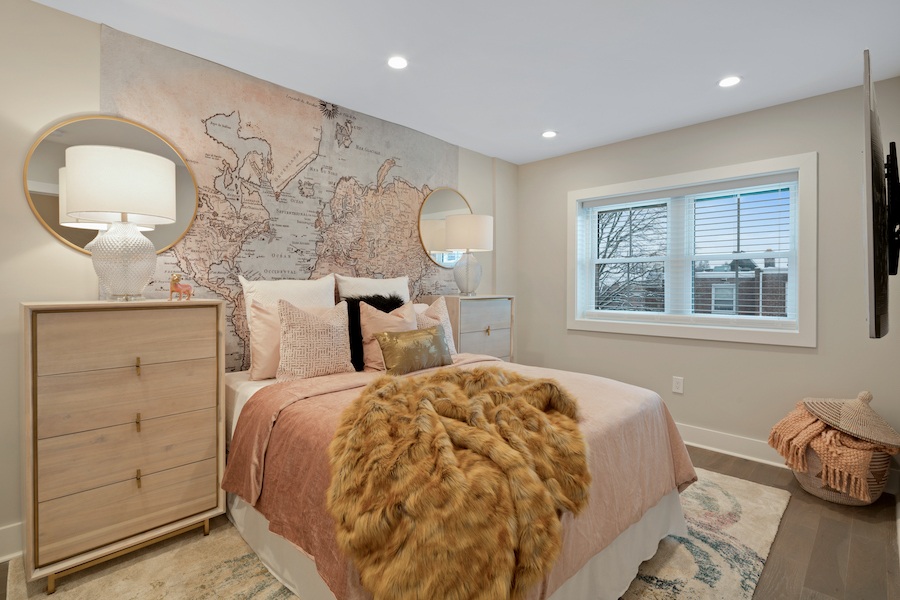 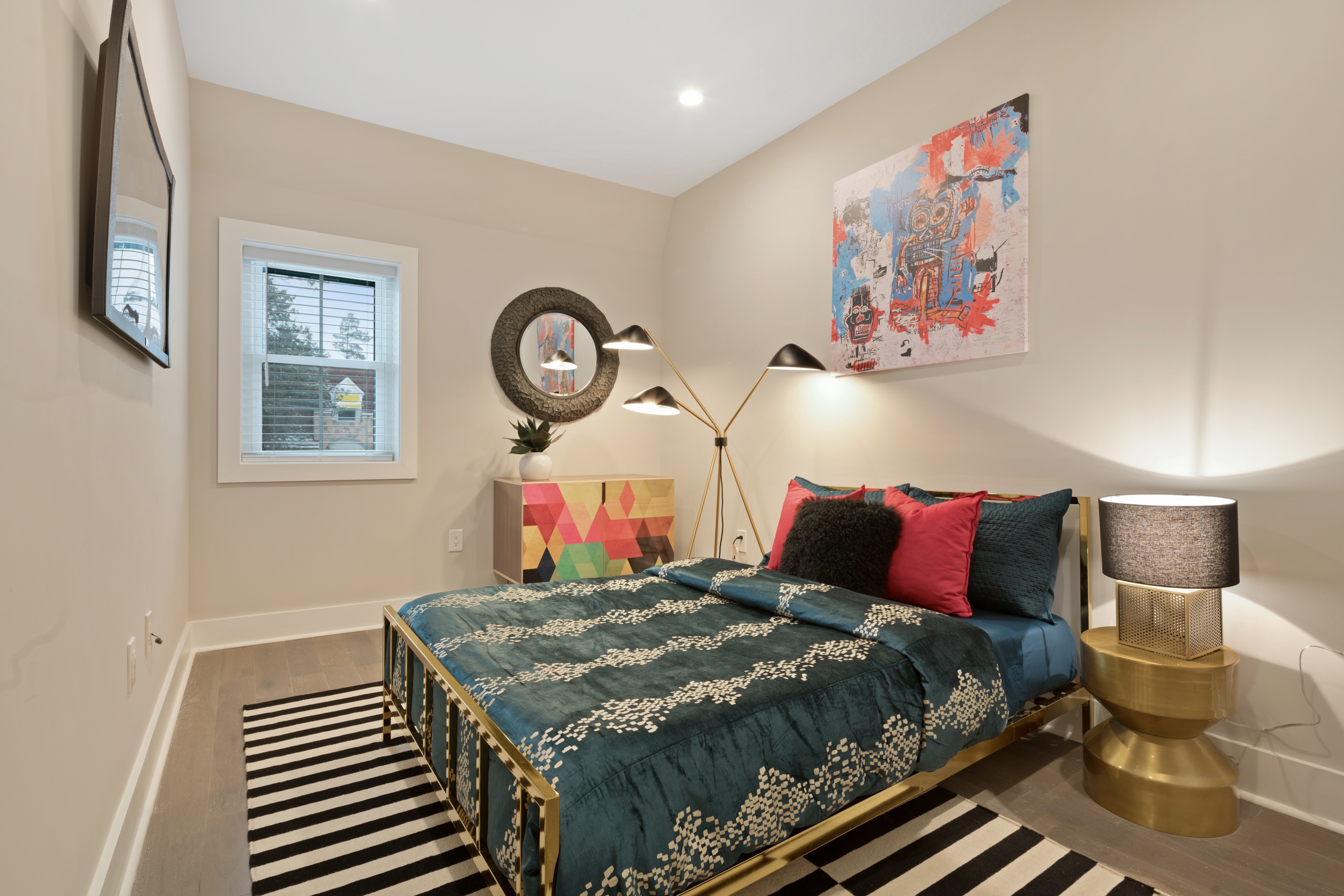 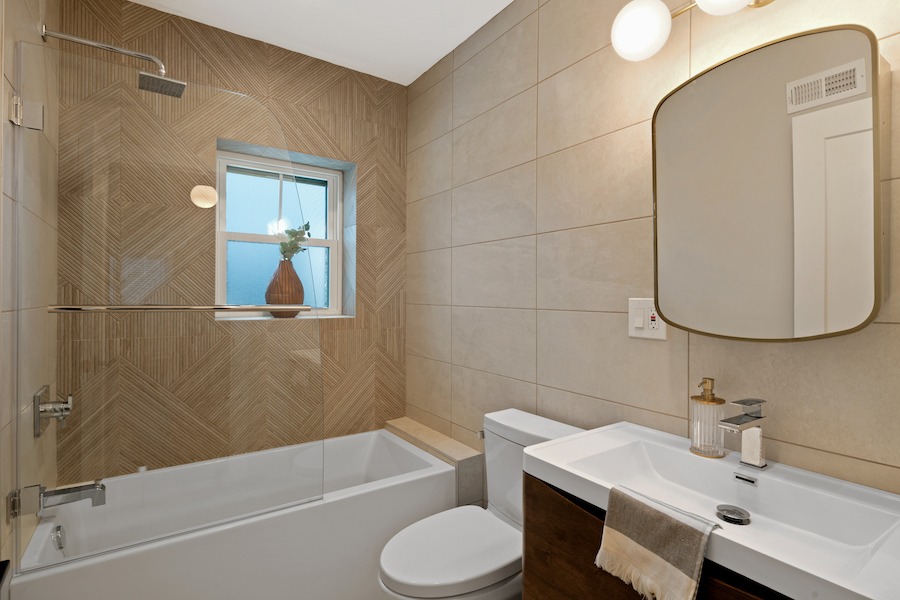 Upstairs, the three bedrooms got a refresh, and the bathroom got a total upgrade. 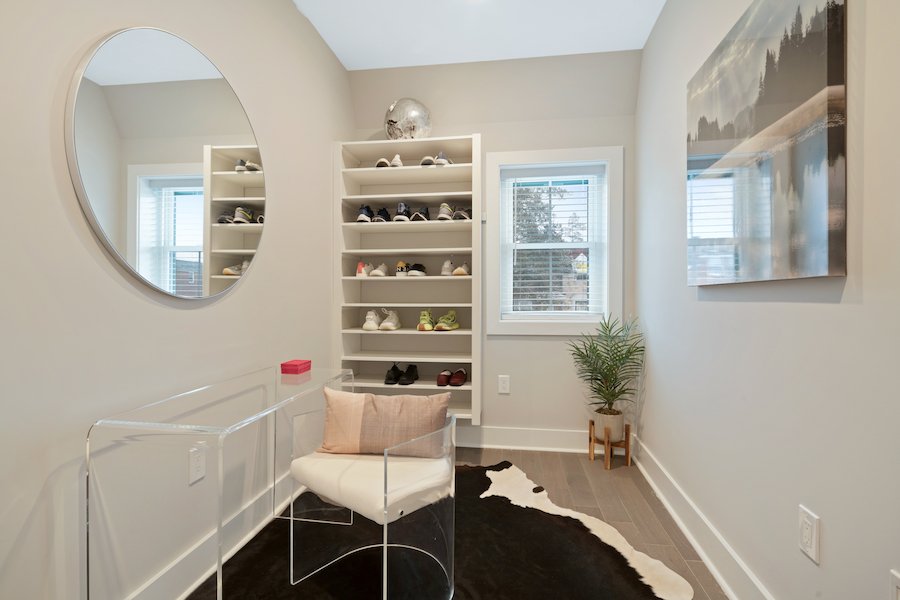 Developer Hardimon Property Group also came up with a creative answer to the question that vexes every Airlite owner: What do we do with that incredibly tiny third bedroom? Here, the developer and interior designer turned it into a dressing room. You might use it as a nursery or home office. 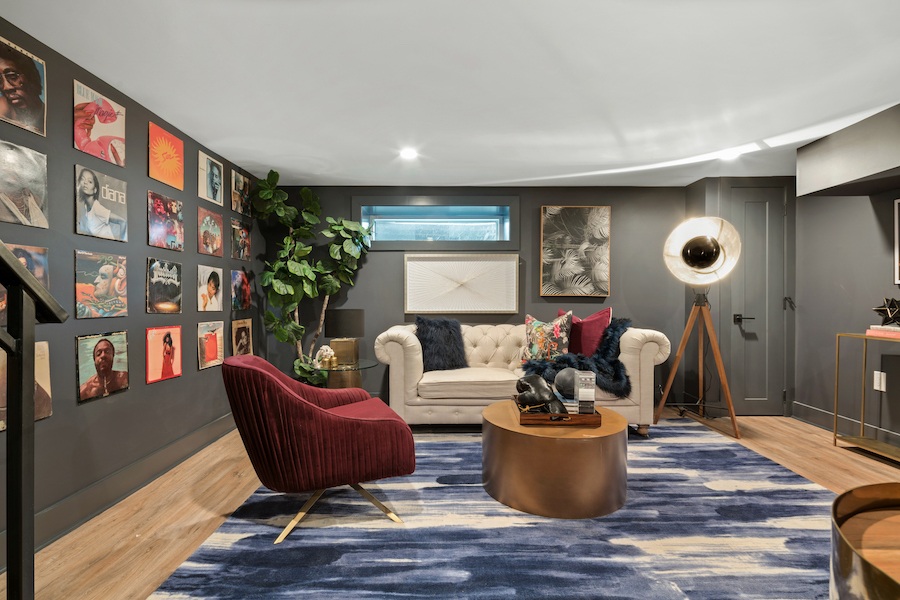 The basement has been transformed into a stylish family room. You’ll find a second bathroom down here as well. This space could also function as a guest bedroom, den, gym or game room. 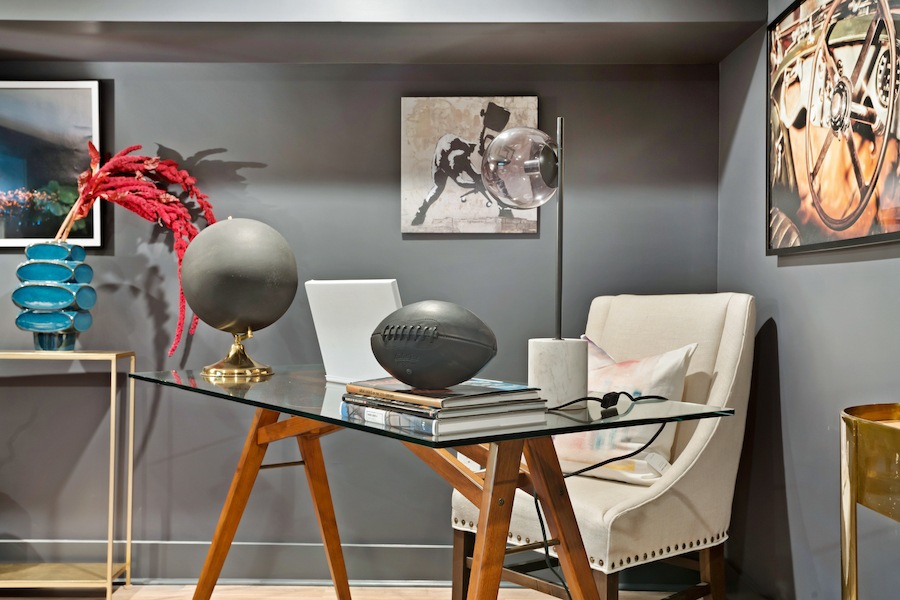 Of course, its systems got a total makeover too, including Energy Star-rated windows, new climate control and a tankless water heater.

The photos you see here showcase the work of interior designer Lauren White of Ellen W. Interior Concepts. She gave this striking rehab a colorful Midcentury Modern vibe, which is fitting given that it was built in 1950. You might want to inquire whether you can buy this house for sale with the interior intact and ditch your own furniture.

This part of Mount Airy is very convenient for families where one half works in the city and the other half works in the northern ‘burbs or King of Prussia. A frequent SEPTA bus route connects with the Broad Street Line for quick access to Center City, and the Fort Washington Expressway is about a mile and a half away up Wadsworth Avenue/Easton Road. You’ll find local shopping along Wadsworth and a great supermarket and other shops in Cedarbrook Plaza, across Cheltenham Avenue.

OTHER STUFF: A one-car garage is tucked into its basement as well.