On the Market: Former Rizzo Residence in Chestnut Hill

The cop's cop who became the city's most controversial mayor may have been a champion of (some) working folks, but as his house should make clear, he lived very well. 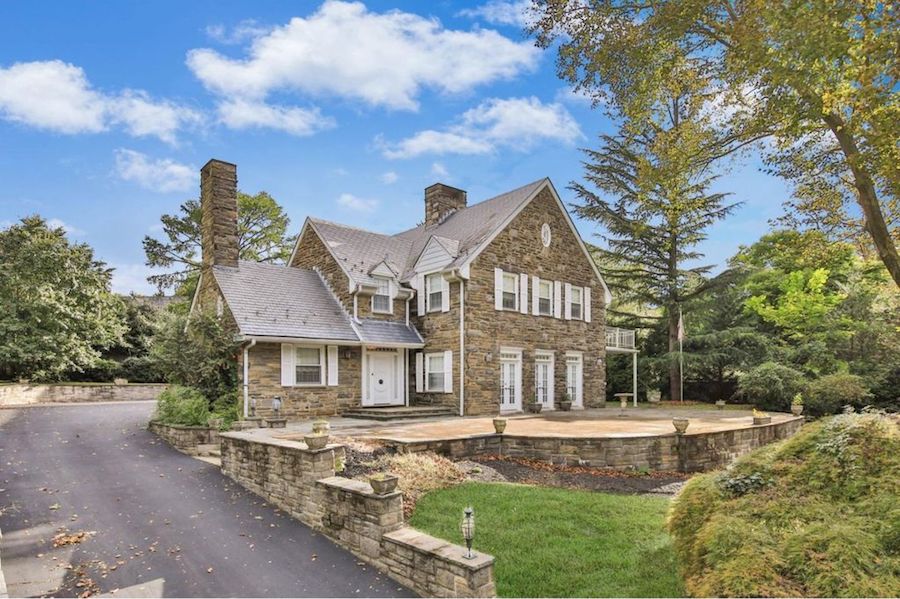 Late last week, we informed you that the stuff of the late Frank Rizzo’s life was being put up for sale at a public auction.

That stuff includes his house in Chestnut Hill.

“What was this man of the people, this cop’s cop, doing living in Chestnut Hill?” I hear some of you asking.

The answer: Doing what everyone else who lives in Chestnut Hill does, which is live very comfortably. The photos you see here should make that clear. 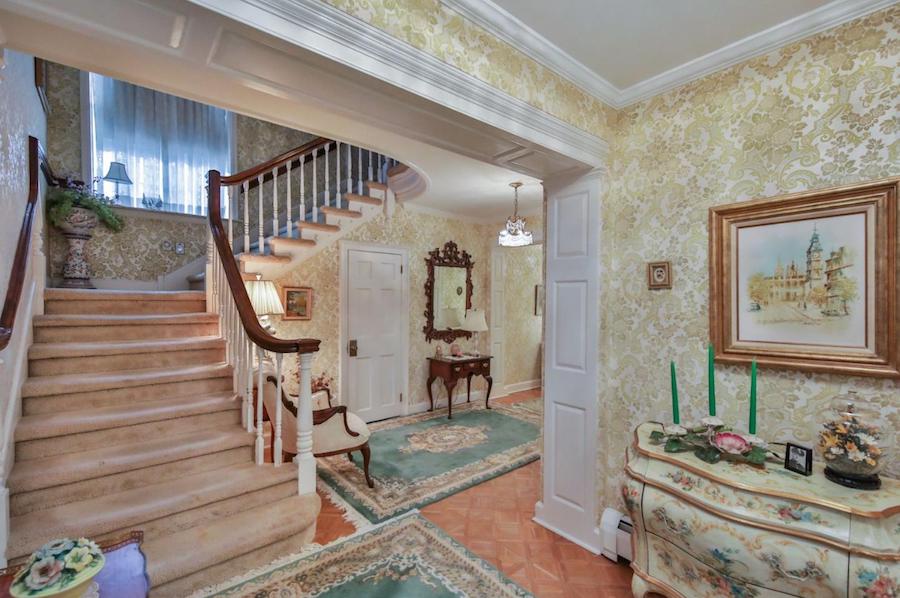 Rizzo’s wife, Carmella, lived here until her death in May, and it was her death that led to this sale of family assets. Rizzo’s son Frank Jr. already has his own home, so he had no need to hang on to this one. Which means you now get to live in the home of a legend. 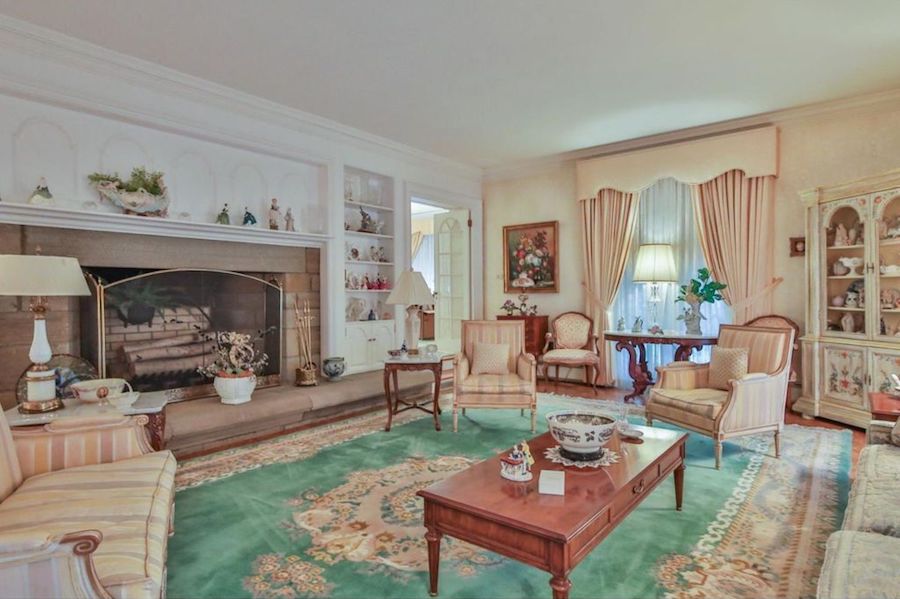 This house for sale has been impeccably maintained. It’s a handsome 1920s house in the picturesque English style, and it sits on a nearly one-acre lot across the street from a Wissahickon Valley trailhead.

It has also been frozen in amber circa 1975.  It epitomizes the SouFilly vision of “elegance” and bears the stamp of the time when Rizzo bestrode this city while dividing it in two. 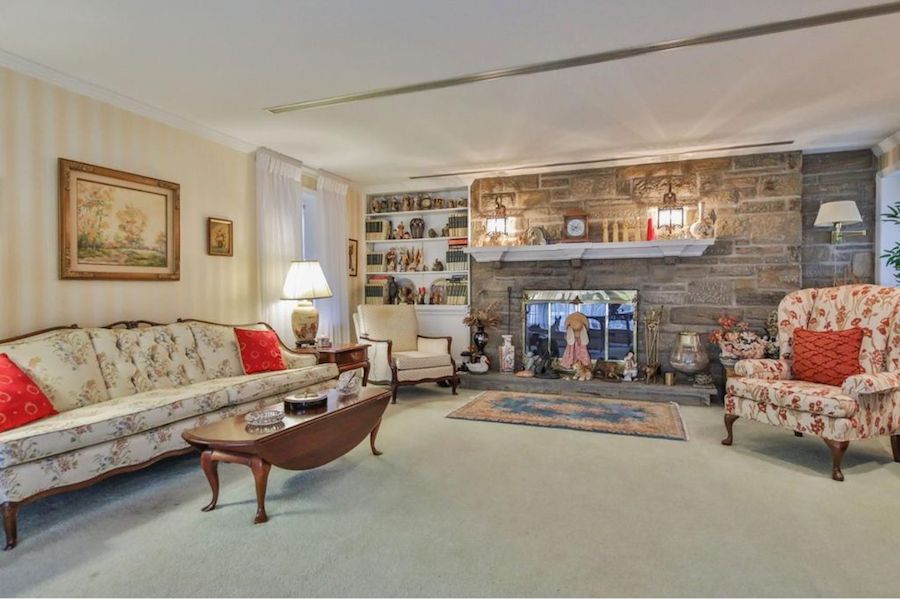 It has some very nice features, like the fireplaces in the living room, family room and den. 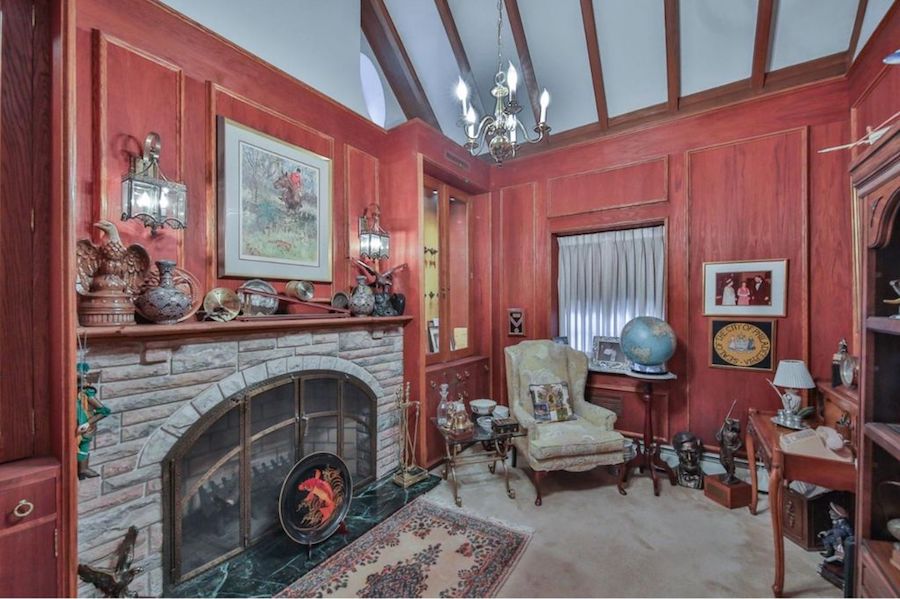 The den, which can also serve as a home office, also has a vaulted beamed ceiling and attractive wood paneling. 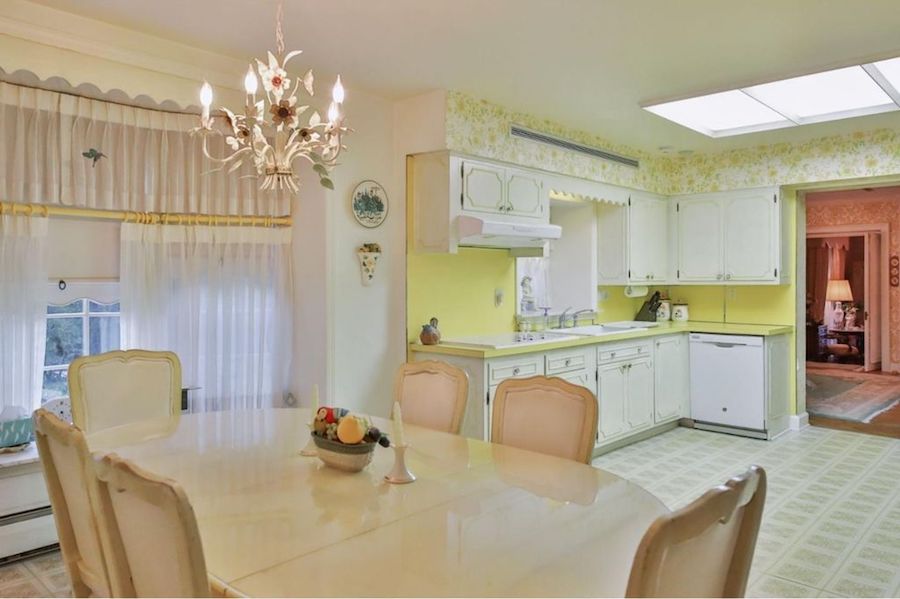 The kitchen may be the most 1970s room in the house. Featuring a sunny yellow backsplash with a large fluorescent light in its center, it has at least one appliance that was ahead of its time, namely, a smooth-top cooktop. 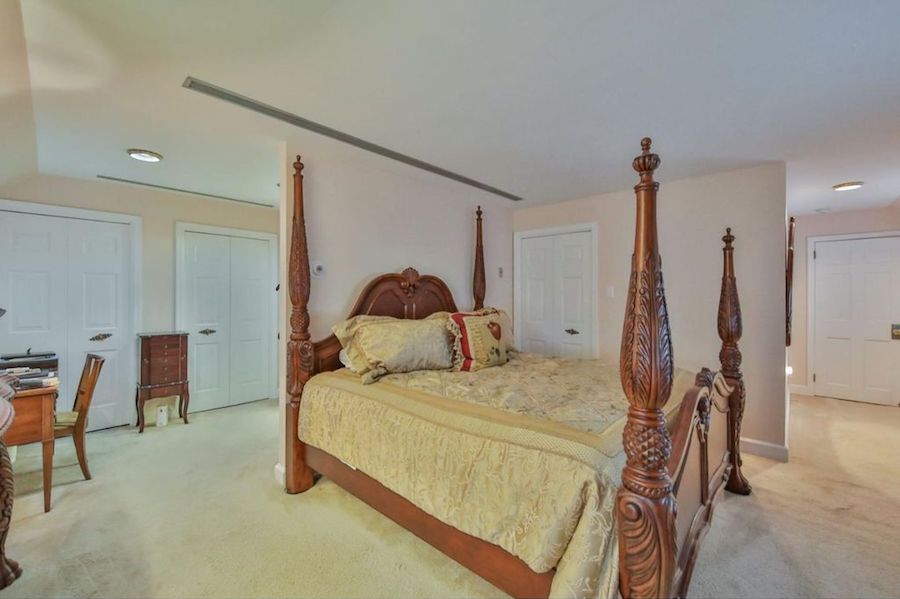 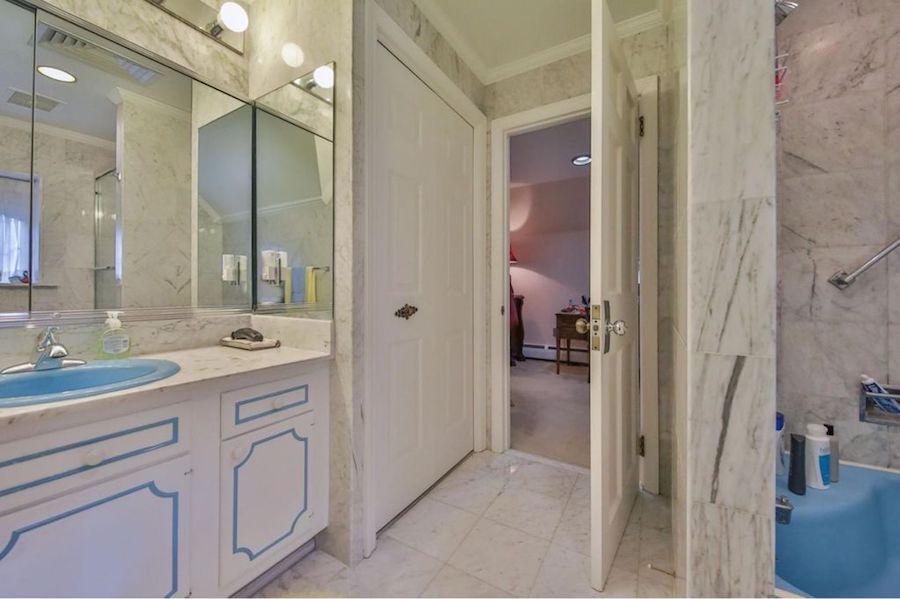 The bathrooms have marble tile tub and shower surrounds, but they likewise show signs of their age. 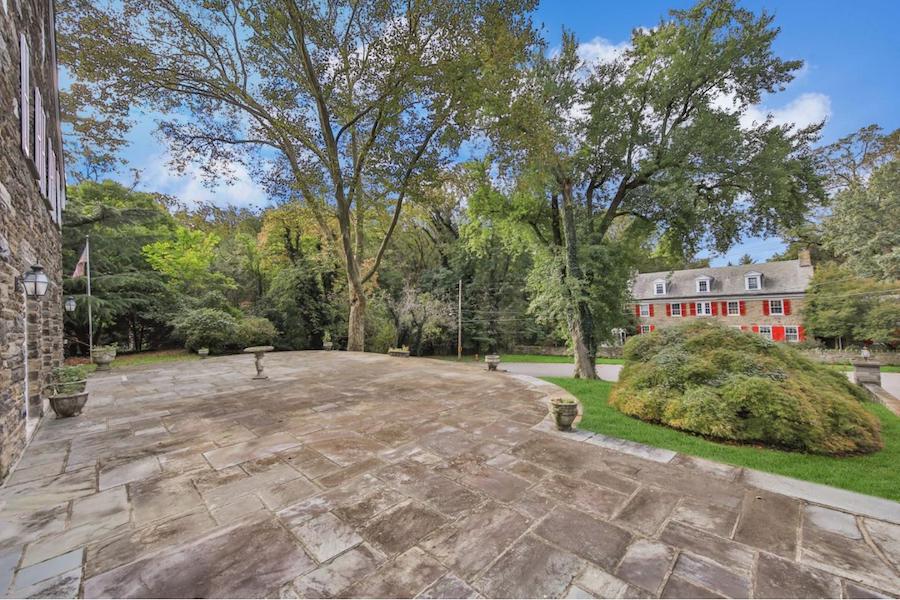 A large flagstone terrace looks out onto the front yard and street.

The street, in turn, takes you not only to the trailhead but to the heart of Chestnut Hill. Here you will live within walking distance of both Chestnut Hill West and Chestnut Hill East Regional Rail stations, the Chestnut Hill Hospital, the Woodmere Art Museum and all the shops and eateries along Germantown Avenue.

If you’re a fan of Frank, you could buy this house for sale and maintain it as a sort of living museum, especially if you bid successfully on those items up for sale at the auction from Nov. 23rd through 25th. If you’re just looking for a nice house in Chestnut Hill, you could buy it and bring it into our own time.