This former factory building is the latest in a wave of factory-to-apartment conversions coming on the rental market in South Kensington. 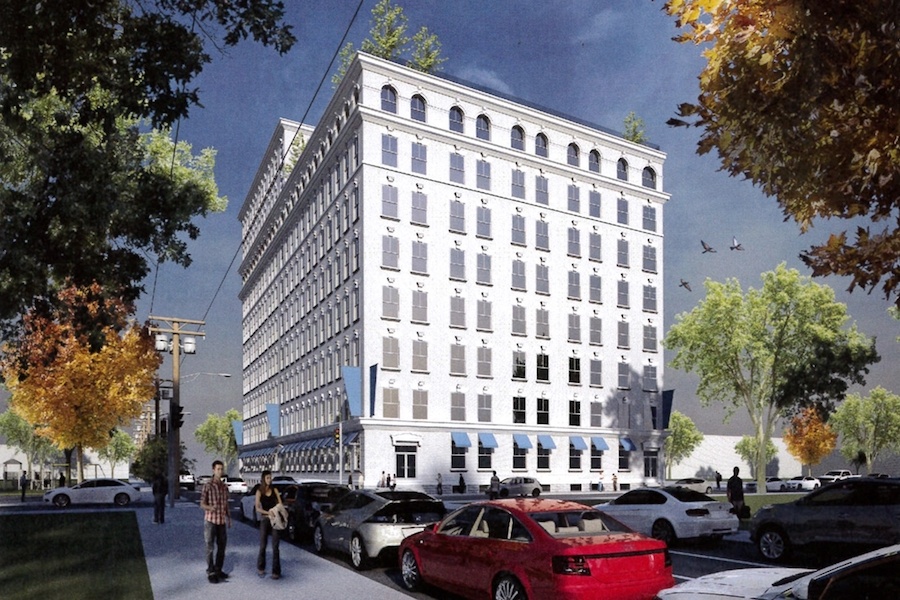 The Umbrella Building at Fifth and Master streets in South Kensington, or Old Kensington, officially throws its doors open to residents and the general public this coming Thursday, Oct. 18th.

But developer Core Realty has already been signing up tenants for apartments for rent in this brand-new conversion for at least a month or two, so chances are some already-moved-in tenants will be on hand for the official grand opening party. 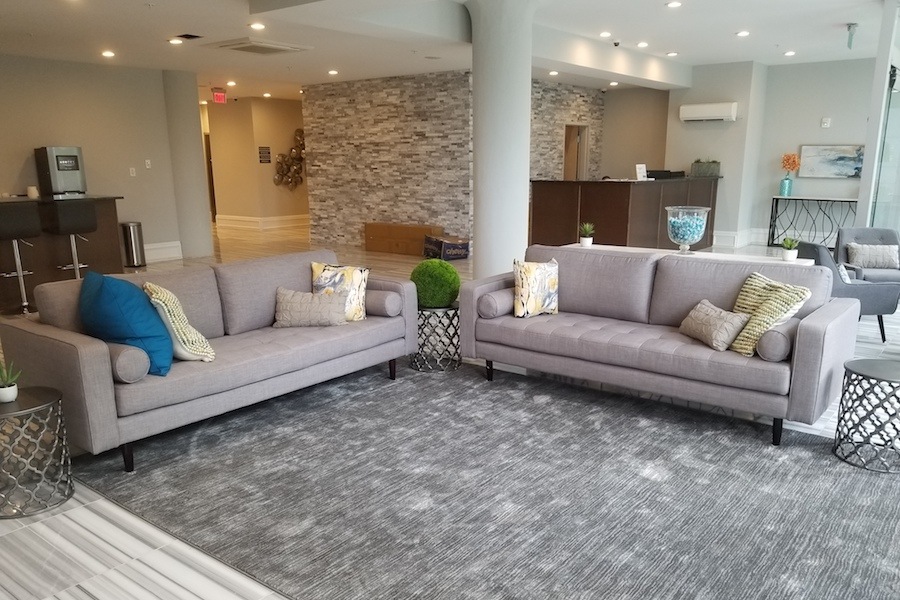 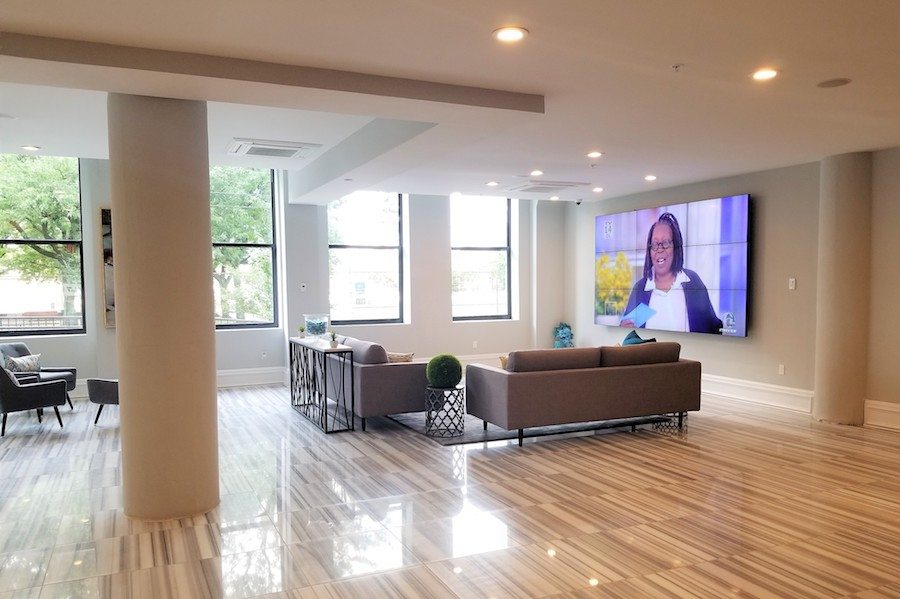 The Umbrella Building originally housed Dreuding Brothers, makers of the first commercially successful artificial chamois in the United States. Its popularity outstripped the production capacity of the company’s old factory at Lawrence and Master streets, leading it to build the eight-story south wing of the current building in 1909. Continued increases in demand resulted in the addition of the 10-story north wing in 1920.

A few years after the company moved production to North Carolina in 1958, Jules Segal & Sons Company moved their clothing and printing business into the building. In the 1970s, they added umbrella-making to the product mix, in the process lending the building the nickname it’s had ever since. 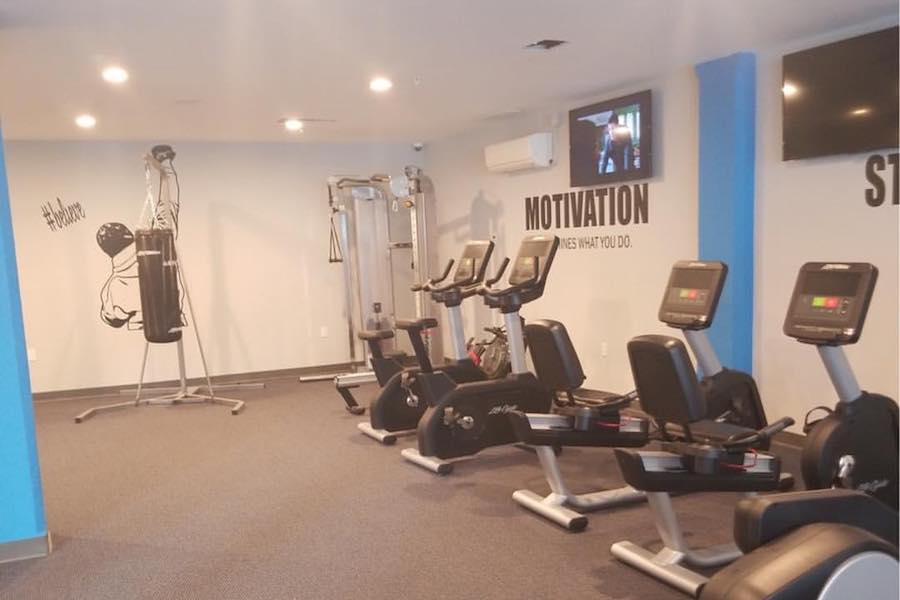 Three earlier proposals to redevelop this building, first as senior housing, then as apartments, all foundered after it became vacant. The fourth time proved to be the charm for Core Realty. 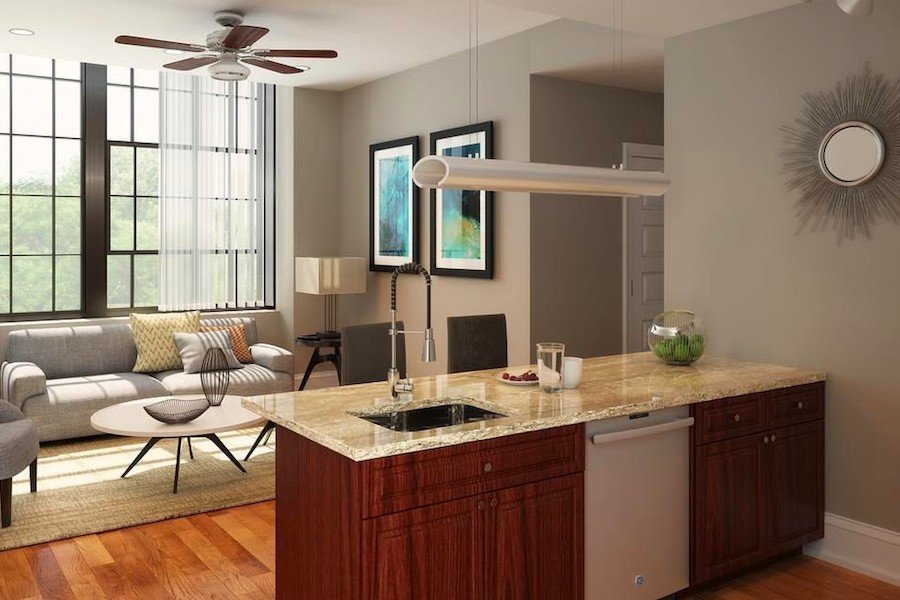 Rendering of a typical apartment

The apartments for rent in this early-20th-century building are outfitted for a 21st-century lifestyle. Upscale features in the apartments themselves include spa showers with rain heads and body sprays, Jacuzzi tubs, 26- and 51-inch flat-screen TVs and automated smart home systems. (Of course, the units also have their own washers and dryers.) 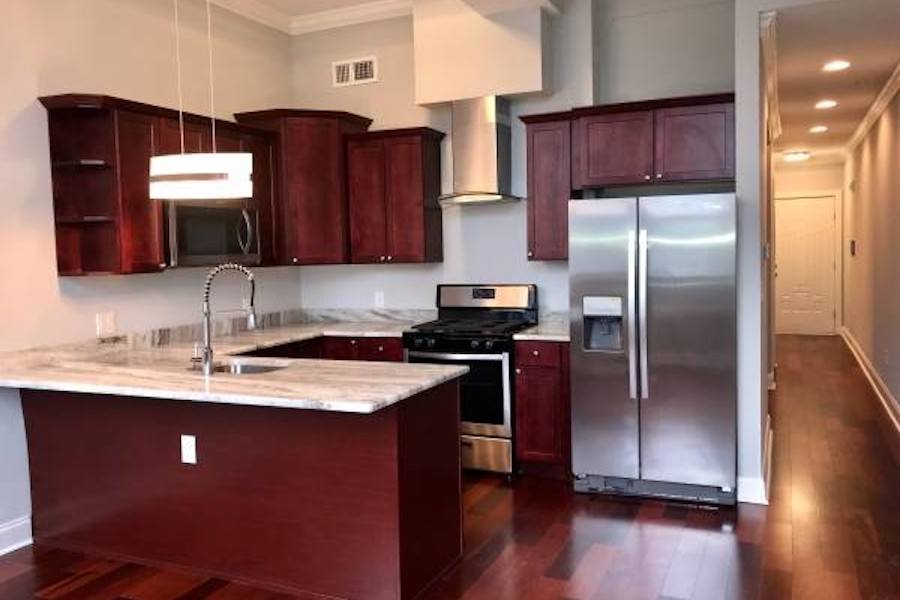 For the community, the building offers a full range of amenities, including a fitness center, 24-hour concierge and maintenance services, coffee, tea and fresh-baked cookies in the coffee bar, free Wi-Fi access in the resident lounges, conference and meeting rooms, and secured controlled entry. 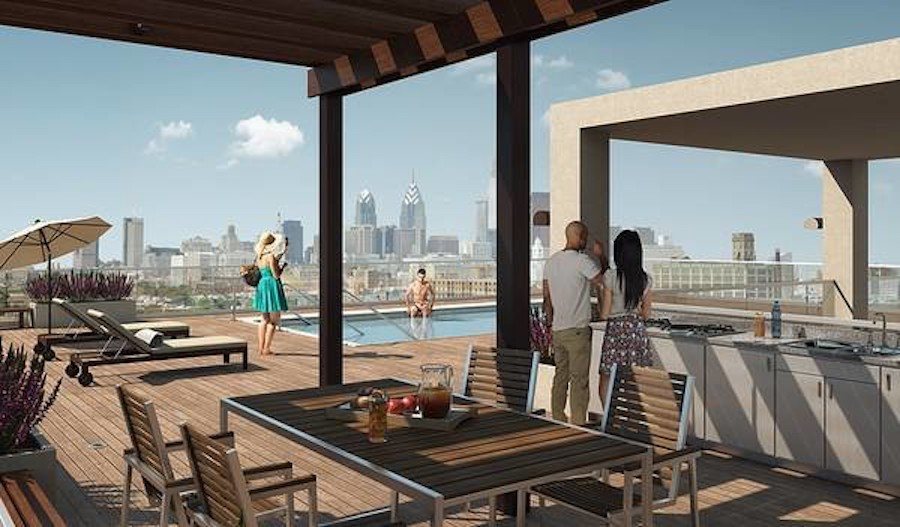 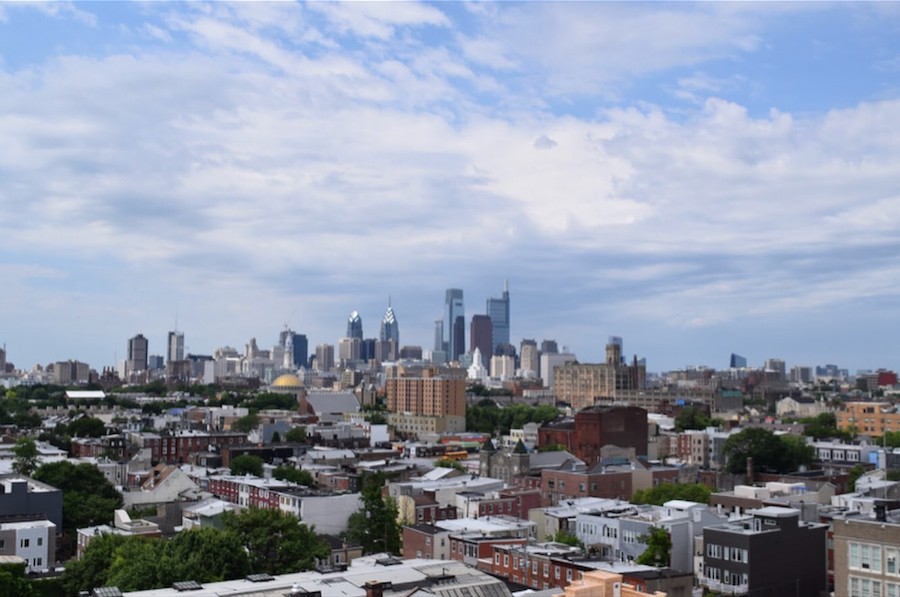 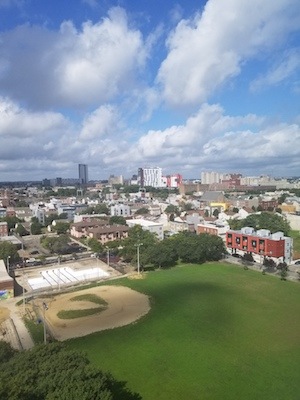 But the nicest amenity sits on the building’s ninth floor. The roof of its eight-story-high south half holds a deck with a swimming pool, lounge, dining areas, grilling stations, bar seating and unrivaled views of Center City and the Temple University area. Public transit on nearby streets, including Fifth, gets residents to either in short order.

The Umbrella Building by the Numbers

Number of parking spaces: Not available; both surface lot and garage spaces are available

Other stuff: Building is pet-friendly. Currently available units rent from $1,285 per month.