Living in Hawthorne: A Neighborhood Guide

Dominated for years by a high-rise housing project, the neighborhood took off after a rowhouse-style mixed-income development with a great town square at its heart took its place. 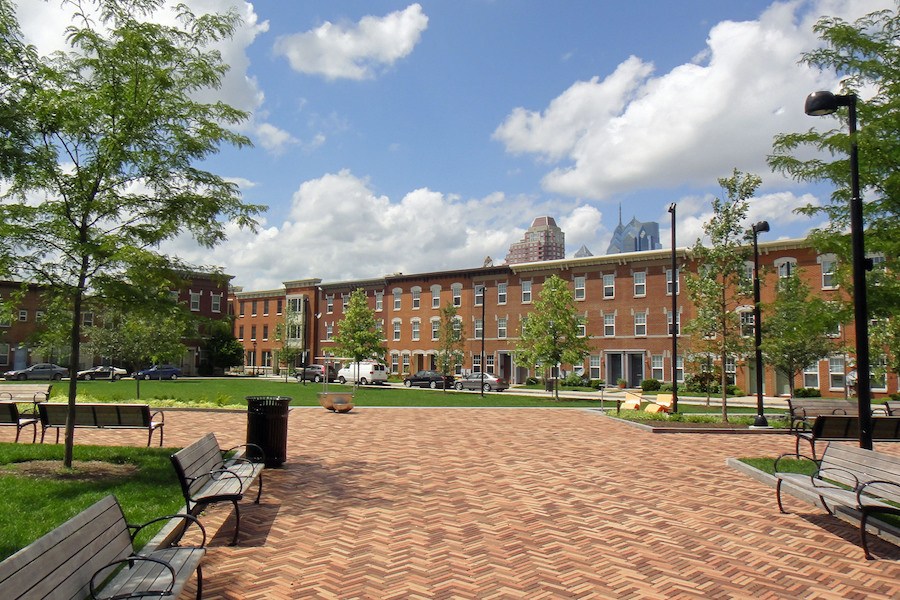 Hawthorne Park is the biggest asset Hawthorne gained after the Martin Luther King Plaza housing project’s demise. Designed to be the “town square” not only for the new houses that surround it but for the entire neighborhood, it has lived up to the promise of its design by hosting outdoor movies, live concerts and free Shakespeare performances (more on those below). | Photo: Payton Chung via Wikimedia Commons, used under CC-BY-2.0

Nobody knows for certain how Hawthorne came to be called Hawthorne. The earliest use of that name in the territory bounded by Washington Avenue and 11th, Broad and South streets appears on the Nathaniel Hawthorne Public School at 12th and Fitzwater streets. Built in 1907, the school was converted into condominiums in 2011. The neighborhood presumably takes its name from the school, but it could also have been transferred from the housing project that rose in its center in 1963 or thereabouts.

The three high-rise towers were originally called Hawthorne Square, after the school. The project was renamed to honor Martin Luther King after his death. For decades, it served as a haven for crime and a drag on the neighborhood. Just how big a drag became clear after they were imploded in 1999 and replaced by a mixed-income rowhouse development. Since that replacement opened, the neighborhood has taken off.

Hawthorne may be the most thoroughly residential of all the neighborhoods of Greater Center City. One rarely hears “We’re going to hang out in Hawthorne!” when someone says what their plans for the day or evening are. That’s because this neighborhood doesn’t have a whole lot in the way of attractions, though several big ones, including South Street, the Italian Market and the Avenue of the Arts, lie just outside it. What this means, though, is that Hawthorne can be the place you get away to when you’ve had your fill of those bustling city districts.

Hawthorne Housing Prices at a Glance

What You Can Buy in Hawthorne 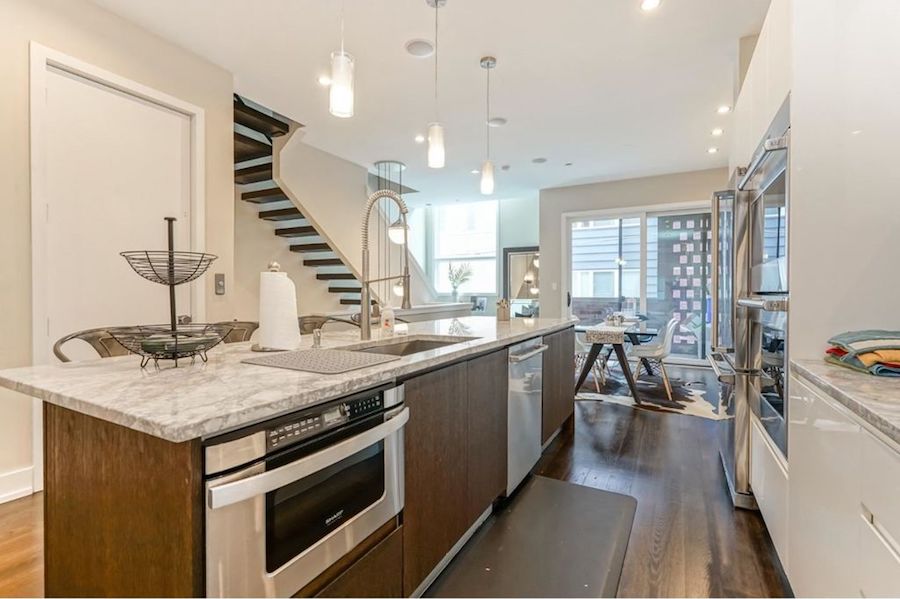 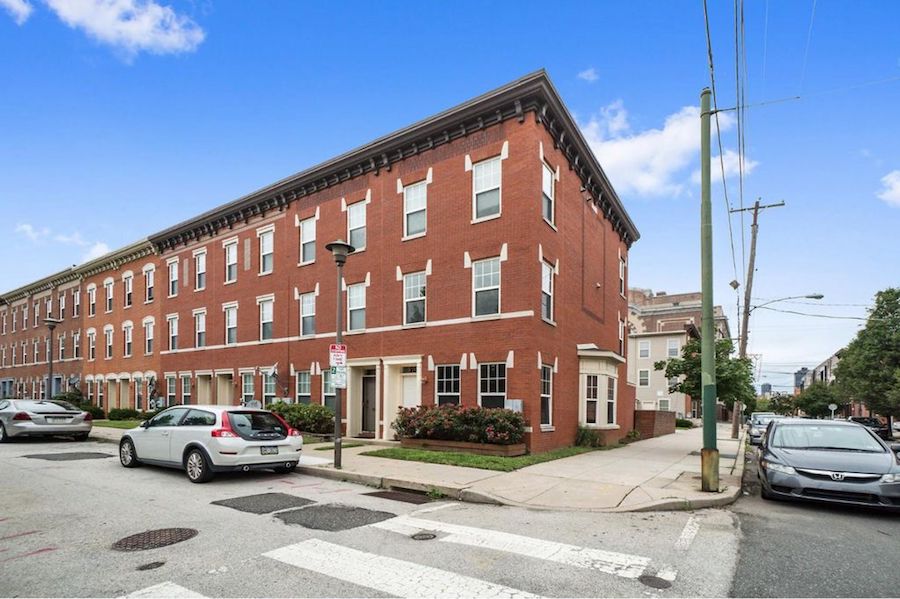 Handsome Neotraditional Rowhouse Where the Projects Once Stood 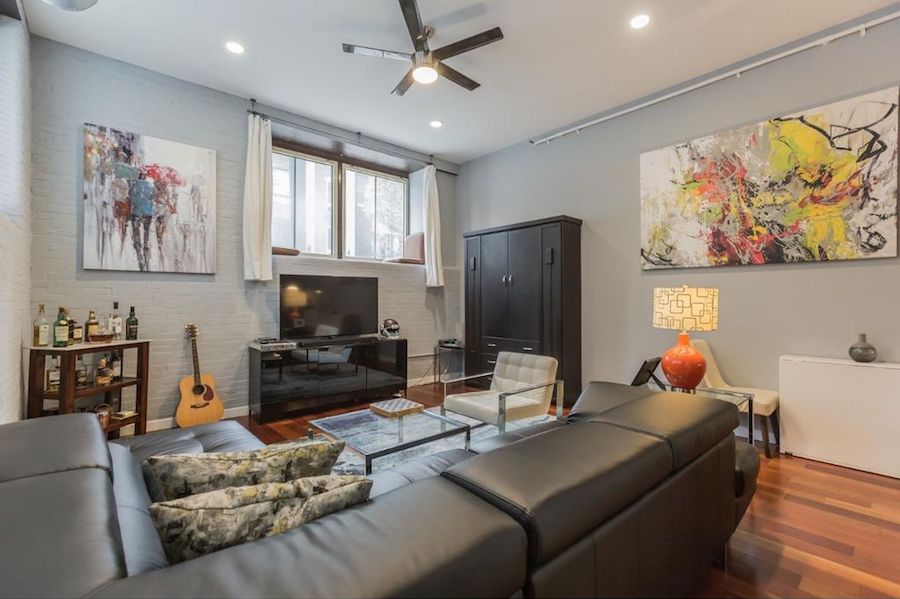 What a Real Estate Agent Says About Hawthorne

“I am a big fan of Hawthorne.  First off, it is home to one of my favorite brunch spots in the city, Hawthorne’s.  Good brunch, cool vibe, if you haven’t been, go check it out, or go grab a beer by the fire on a fall night.  If you want a cool coffee shop, though, go check out Function Coffee.

“It is also home to beautiful Hawthorne Park, which has movie nights, yoga, and Shakespeare in the park.  It is also a few blocks from the Broad Street Line at both Federal and Lombard, and all of the new stores coming to Broad and Washington.  The neighborhood has been growing steadily throughout the last couple of years, and has been fueled by its close proximity to the Graduate Hospital area, Washington Square and Bella Vista.

“One of the things that is so cool about the real estate in the area is that there is such a wide range of options for people, that range from $1 million houses to condos converted from schools — that even still have the chalkboards!” 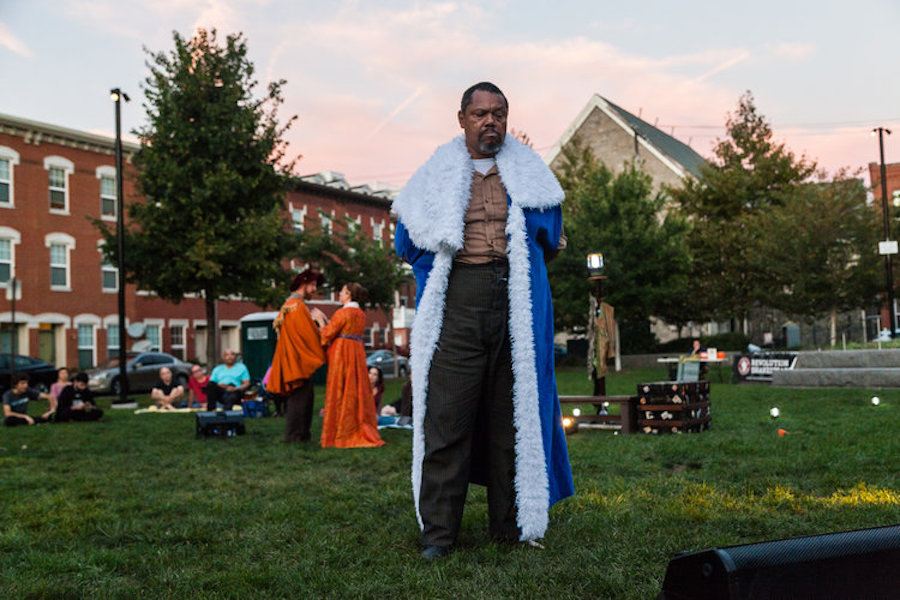 Lovers of outdoor Shakespeare no longer have to trek to West Philly for their fill. The Revolution Shakespeare company made its official public debut with a staged reading of “Henry VI, Part III” at Hawthorne Park in the fall of 2013, and every fall since then, it has returned to the park to stage readings and productions of Shakespeare plays created to be “accessible, stimulating theatrical experiences for the here and now.” Unfortunately, you just missed this year’s new production of “Troilus and Cressida,” but keep your eyes on the Revolution Shakespeare and Friends of Hawthorne Park websites for news about next year’s production. Between plays, you can catch all kinds of entertainment in the park in good weather, all of it free. 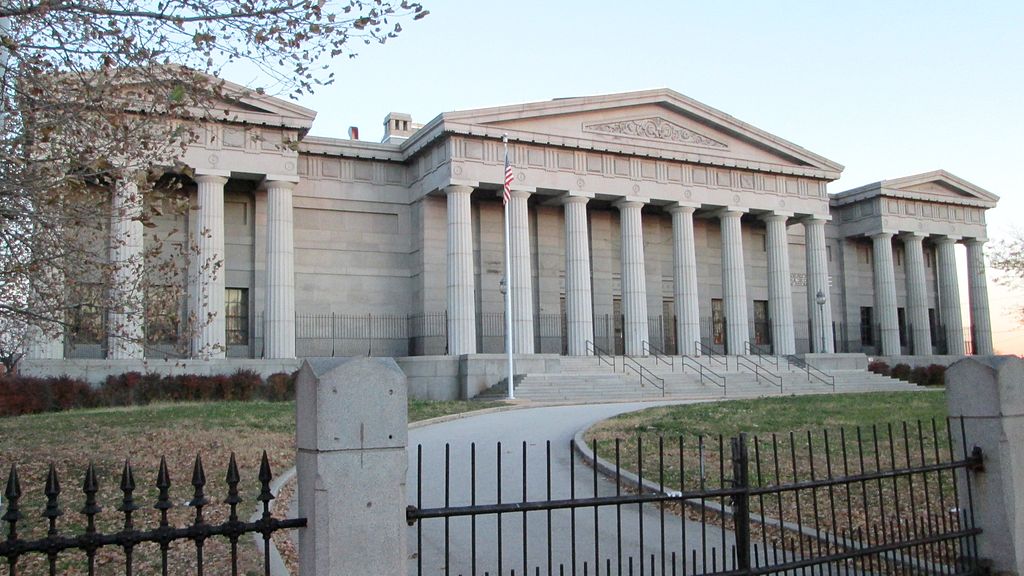 Photo: Beyond My Ken via Wikimedia Commons, licensed under CC BY-SA 4.0

Since 1984, Hawthorne has been home to one of the city’s oldest and best-known citywide magnet high schools. The High School for the Creative and Performing Arts, established in 1978, moved from Broad Street to the former Palumbo Elementary School in 1984. In 1997, it took over the Ridgway Library building, built in the 1870s to house the Library Company of Philadelphia and vacant since 1965. Notable CAPA alumni include Boyz II Men, jazz bassist Christian McBride, actor Leslie Odom Jr., actor and sandwich-shop scion Tony Luke Jr. and Black Thought and Questlove, founders of the influential hip-hop group The Roots.