It Wasn’t As Ugly the Second Time Around…

...but the home that HomeVestors franchisee Tom Beerley converted back into a single-family home in Wynnefield was just enough of a mess to win him the "Ugliest House of the Year" award for the second year running. 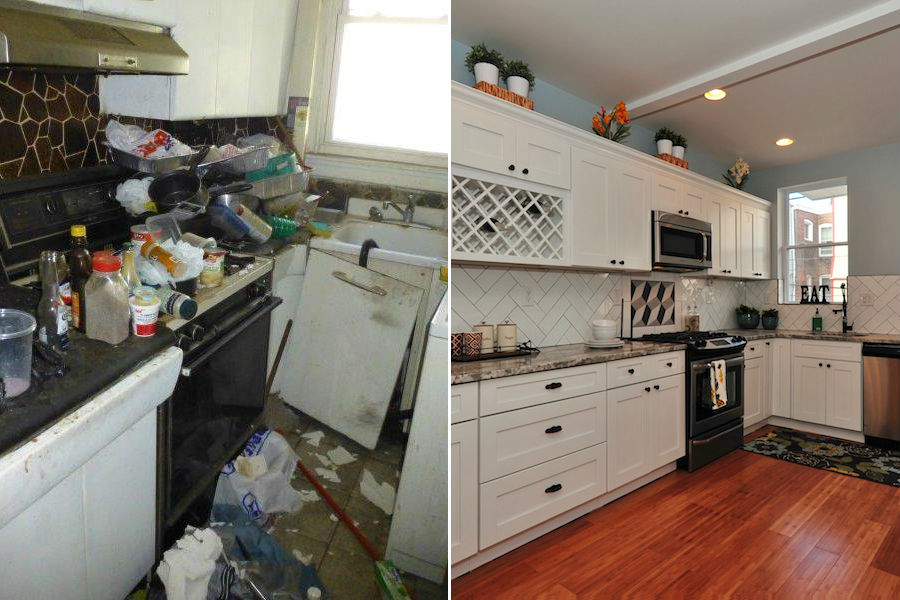 This time around, there was no homeowner about to be tossed out of her home by the sheriff.  The mess inside wasn’t the result of trash hoarding when the township stopped pickups, either, though one might be forgiven for thinking it was.

But the rowhome in Wynnefield whose owner had converted it into a duplex proved to be just enough of a mess, and Tom Beerley’s transformation just magical enough, to win him HomeVestors of America’s coveted “Ugliest House of the Year” award for the second year in a row.

“They say it’s the ugliest house in America, but I wonder whether the final outcome doesn’t have something to do with it as well,” says Beerley, owner of HomeVestors franchisee Harvester Properties. “It’s supposed to be the ugliest at the start, but people can’t help but be influenced by the transformation at the end.”

In this case, the transformation restored the rowhome into better-than-new condition and added a bunch of advanced features. As the pictures accompanying this feature should attest, it’s nothing short of astonishing.

Like many rowhomes in Wynnefield, this one on Montgomery Avenue had been subdivided into two apartments in a rather typical fashion: Build a wall to seal off the staircase to the second floor from the first-floor rooms. Put in separate front doors for each floor. Then insert a kitchen up above and a bathroom down below. Add separate water heaters and furnaces in the basement. Voilà, there’s your duplex.

The owner — or rather, the executor of the estate — wasn’t in dire straits when Beerley entered the picture; she just wanted to dispose of the property so she could close the estate. “She didn’t want to put it on the open market because it wasn’t in suitable condition,” says Beerley. Instead, she went through a real estate agent friend of hers who in turn approached Beerley about taking it off her hands. “We didn’t meet the owner until we signed the deal,” he continues.

After he got the home, Beerley turned it over to his design partner, Philip Menaged of Acodomo Design, the same architect who worked wonders on the Springfield Township, Delaware County home that took ugliest-house top honors last year. 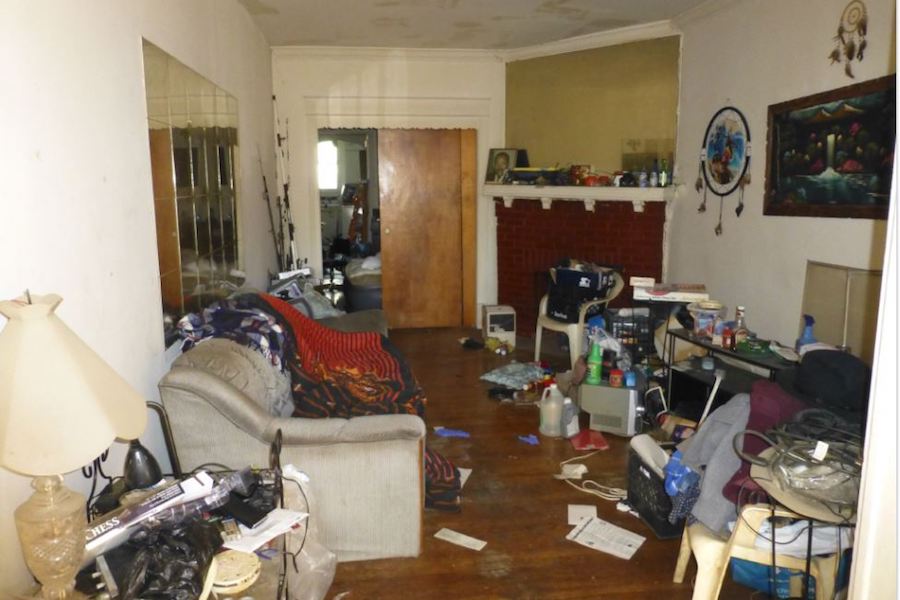 The downstairs living room, before 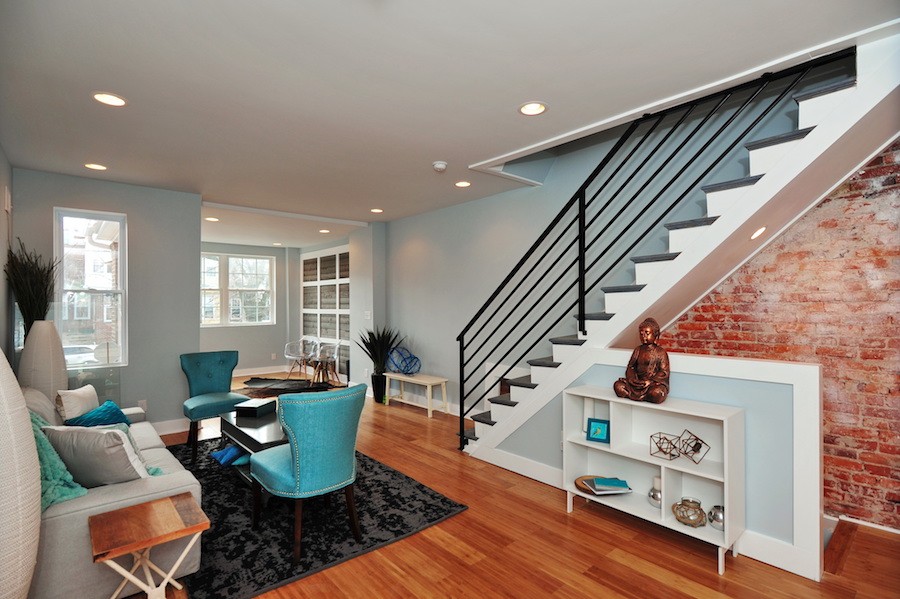 The main floor living room, after

Acodomo set about turning it back into a single-family rowhouse, but one that was spruced up for 21st-century living. Menaged removed the wall, got rid of the second front door and put in an open staircase from the living room to the second floor. The living room got an exposed-brick accent wall and the former sun porch at front got incorporated into it. 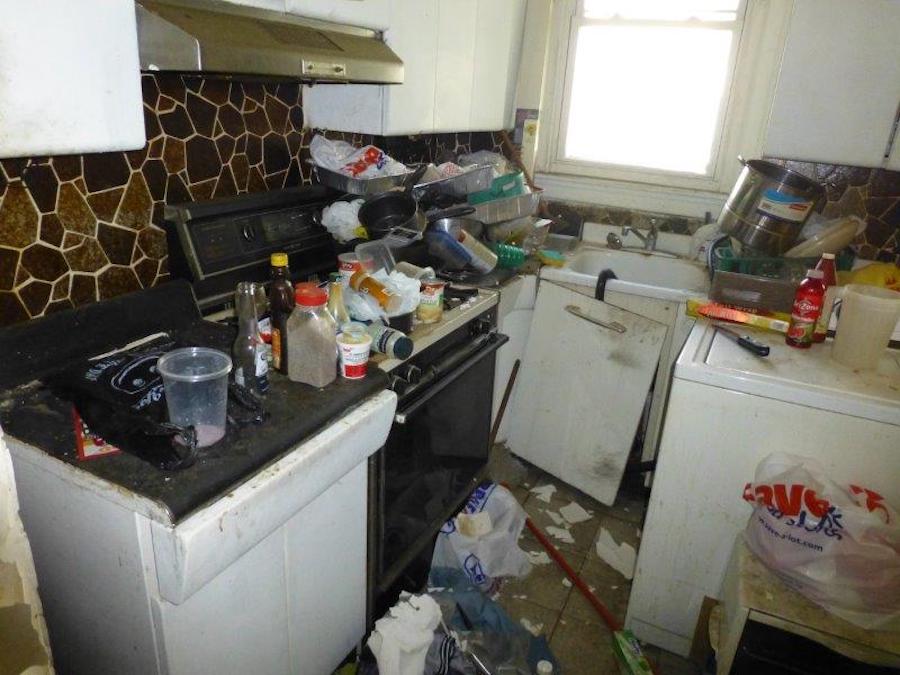 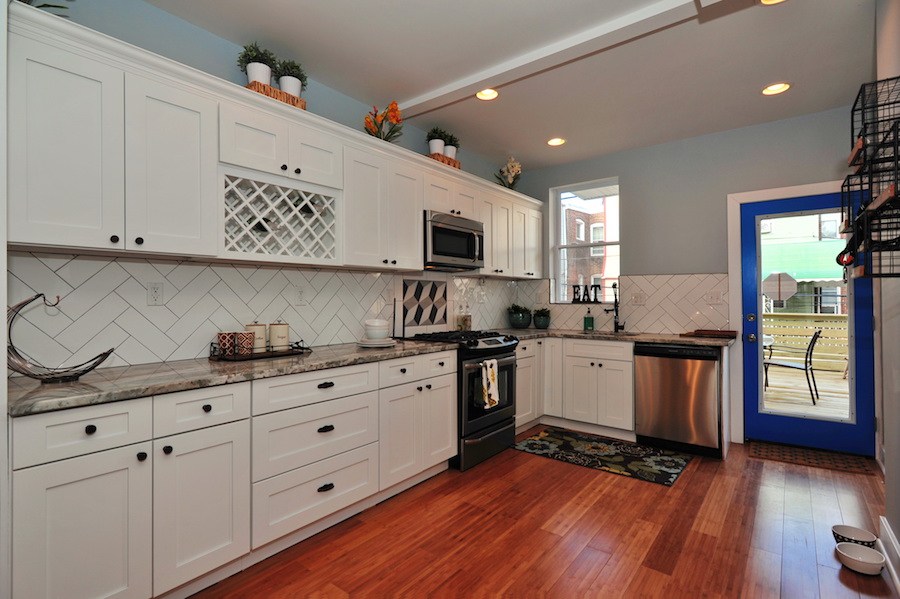 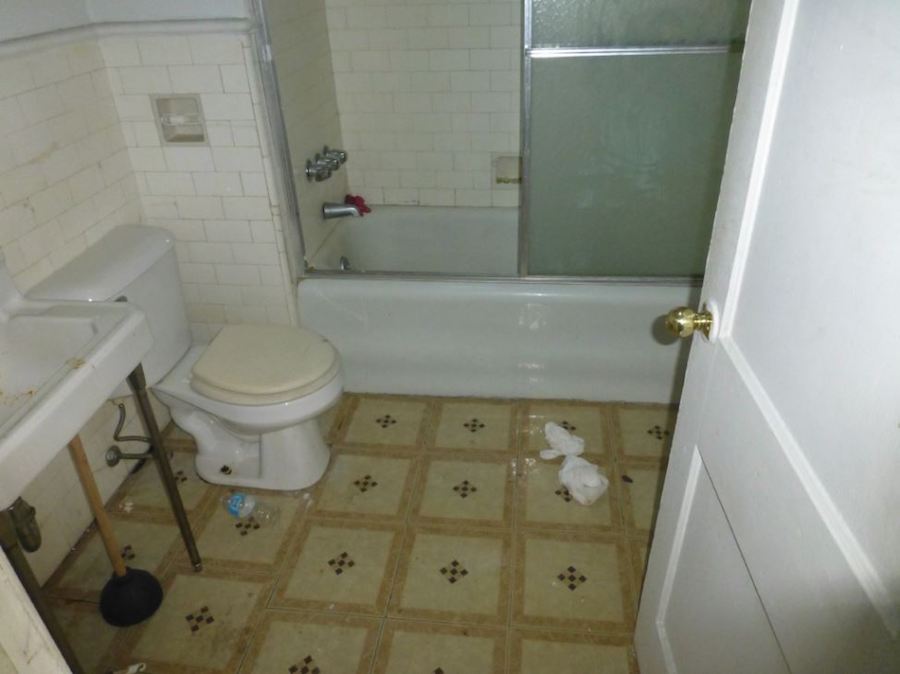 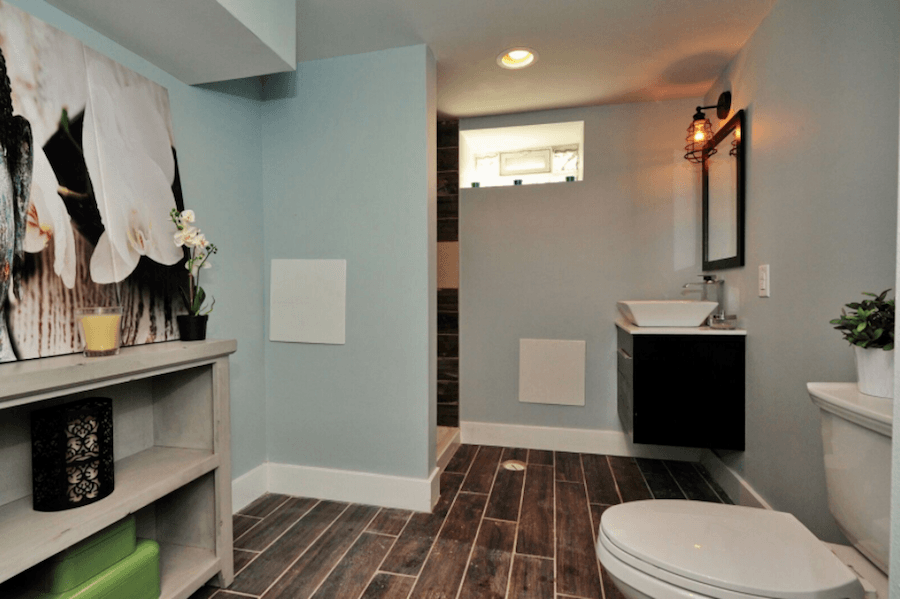 The upstairs living room and kitchen became bedrooms once again. The existing bathrooms got upgraded, and a fourth bedroom and master bathroom were added upstairs. New windows, bamboo and tile flooring, and climate control went in. And to top it all off, the makeover included a smart home system that allows the owner to control the front door lock, the heating and air conditioning, the rear garage door and a motion-sensing video doorbell from their smartphone.

Never mind the money, it’s the homeownership that matters

As a rental duplex, it probably would have made Beerley more money, but that wasn’t what he was interested in. “Other landlords thought we were foolish to ‘throw away’ the grandfathered zoning this property enjoyed as a multi-family unit” in a single-family rowhouse district, Beerley said in a news release from HomeVestors of America. “But we saw the value of a single-family house for this area. The end result not only set a sales record, but it also supports a growing trend for homeownership and owner-occupancy in this neighborhood that has long been dominated by rental stock.”

That sale price, by the way, was $220,000. “We gave a seller’s assist, but it was still within the first-time homebuyer’s price range,” Beerley says. It was also well above the average house value for Wynnefield, which hovers in the $150,000 range according to the Zillow Home Value Index. “Being bigger helps,” he says of this home.

Beerley and Menaged were also about to embark on another fix-and-flip nearby when they acquired this home. That one, on Hazelhurst Street, also sold for a premium while remaining affordable to a first-time buyer. “We sold it for $184,000 when the high comps were $165,000,” he says. He estimates the two rehab jobs averaged out to $95,000 per house.

“Ugly” is in the eye of the beholder

While Beerley says he understands that some owners may chafe at having their homes described as “the ugliest,” the competition reinforces HomeVestors’ “We Buy Ugly Houses” brand, created to indicate that homeowners in desperate situations could find a buyer through their system.

He also had good words for HomeVestors’ laissez-faire approach towards its franchisees. “Every franchisee is free to do with a property as they please, and different franchisees have different goals,” Beerley says. “Some franchisees join because they have a goal of building a portfolio of 300 rental properties. Others do so because they enjoy flipping and selling.” Beerley does own some rental units in Montgomery County, but he has no interest in becoming a landlord in the city, so he fixes up homes he buys in Philly and sells them.

Although Menaged has no ownership interest in Harvester Properties and is thus not part of the franchise, Beerley describes their relationship as a partnership. “I’m responsible for the acquisition end of things, and I handle the marketing through HomeVestors,” he says. “But once the house is bought, the responsibility passes to Philip.”

Both play a role in identifying houses to acquire, however. “If a home comes in, we evaluate it together, and if we decide it works, we pull the trigger together.”

Each year, HomeVestors franchisees send nominees to company headquarters in Dallas, where five finalists are chosen and presented for a popular vote on the We Buy Ugly Houses Facebook page. Which makes Beerley’s makeover the people’s choice.

So now that he’s on a roll, is he going to try for a three-peat? “I’m definitely going to try, but a part of me feels like someone else should get a shot.”

Tune in again next year.