This accommodating home accommodated one of the world's most famous singing families for a while. It has the space to handle your family as well. 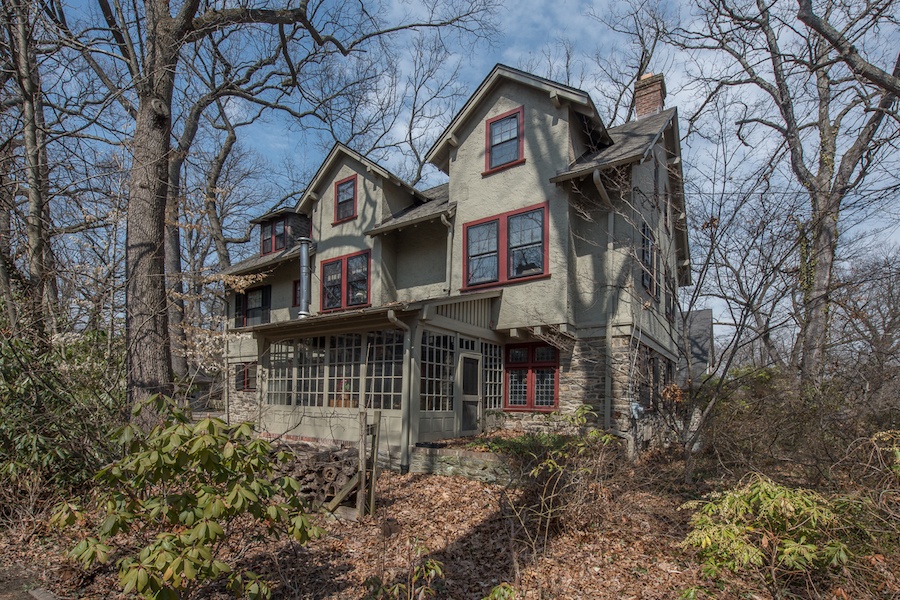 I can’t say whether Mt. Airy’s reputation drew them here as it did so many other families in the years that followed, but as the Nazis spread their hate across Europe in the years before World War II, the von Trapp family landed in this handsome Arts and Crafts-y home in West Mt. Airy on their flight from intolerance.

Its seven bedrooms provided plenty of room to house family matriarch Maria von Trapp and her nine singing children. A tenth, Johannes, was born here in 1939 while they were on their first sojourn in America. 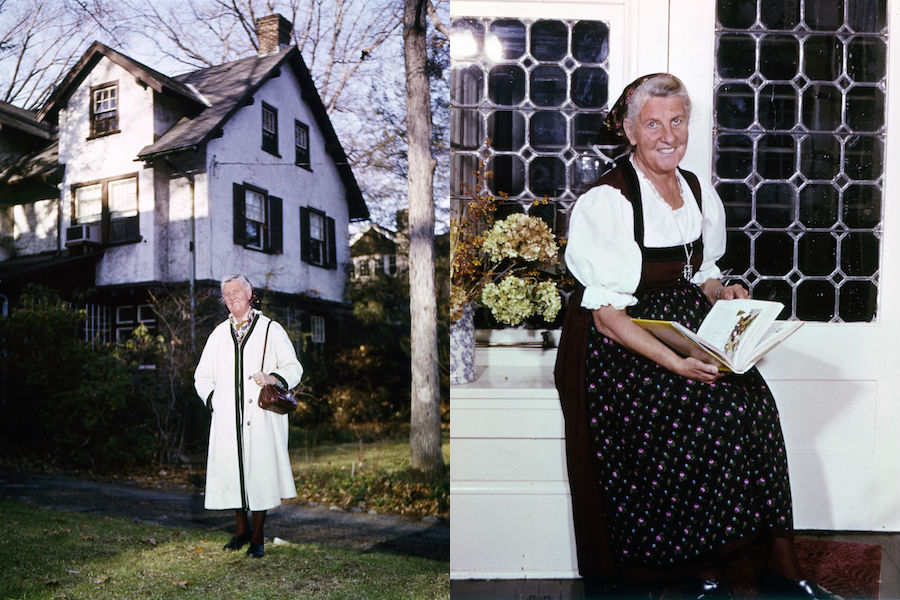 Maria von Trapp in front (left) and in the iiving room (right) of 619 W. Hortter St. in the 1980s | Photos courtesy Robert Busser

When Maria visited it in the 1980s, the years had taken their toll on the home. But right around that time, it passed into the hands of the architect who has owned it for the last 28 years. 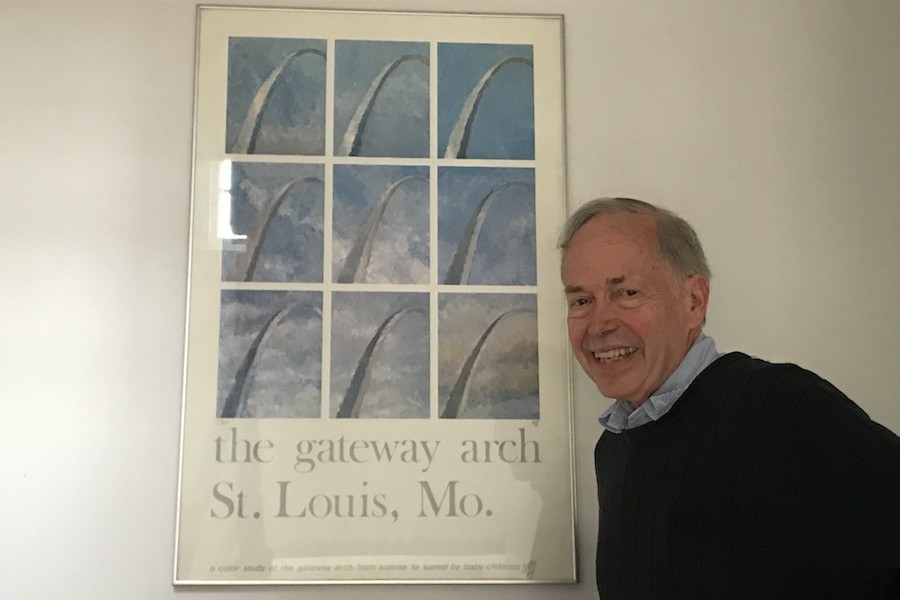 Robert Busser with one of the projects he worked on | Photo: Sandy Smith

Robert (Bob) Busser spent most of his career designing houses in and around Columbus, Ohio, but he started out at the right hand of a legend, working in the architectural firm of Eero Saarinen and its successor firm, Roche and Dinkeloo. As a member of that firm, Busser worked on two of the best-known Saarinen structures, Dulles International Airport outside Washington and the Gateway Arch in St. Louis.

Busser brought his experience as a domestic architect to bear on the restoration of this home, however.

“The house when I bought it was in pretty bad shape,” Busser says. “But being an architect, I was ready to meet the challenge, and I bought it for a very good price. So I put in all new kitchens, bathrooms, utilities, mechanicals, and an upstairs laundry.” 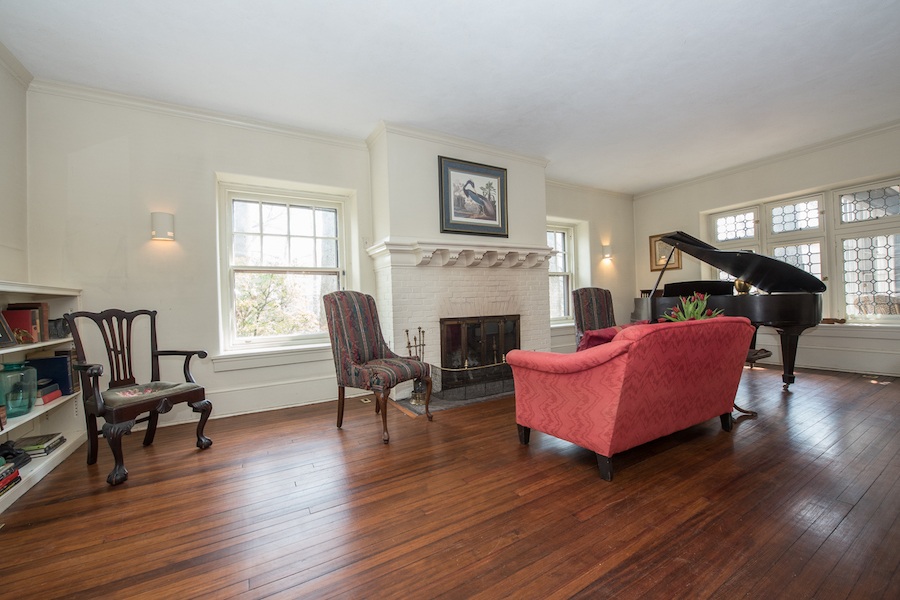 It helped that this house has strong bones: solid oak floors, thick triple-layered walls that provide natural insulation the way double- and triple-paned windows do, and a layout that was very efficient for its time and still works well today. 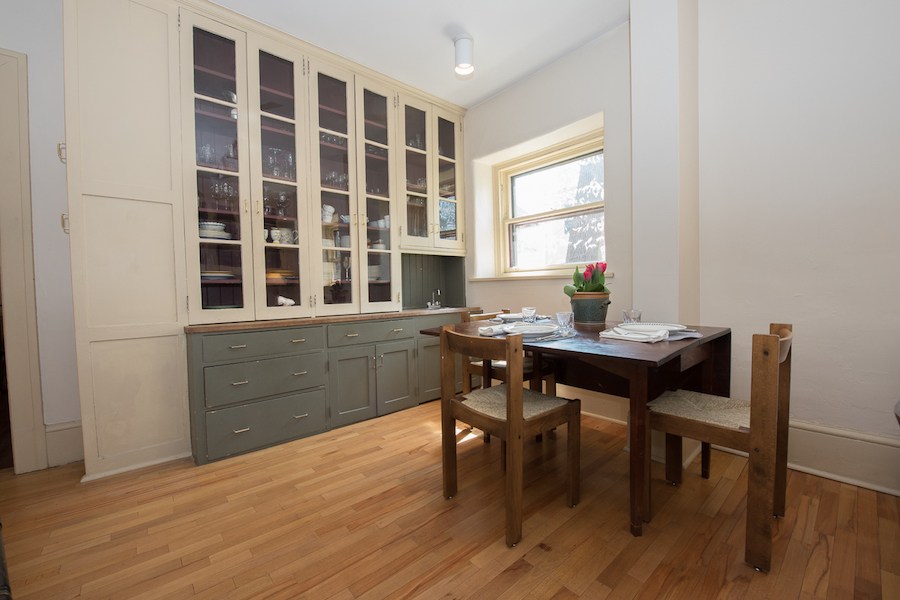 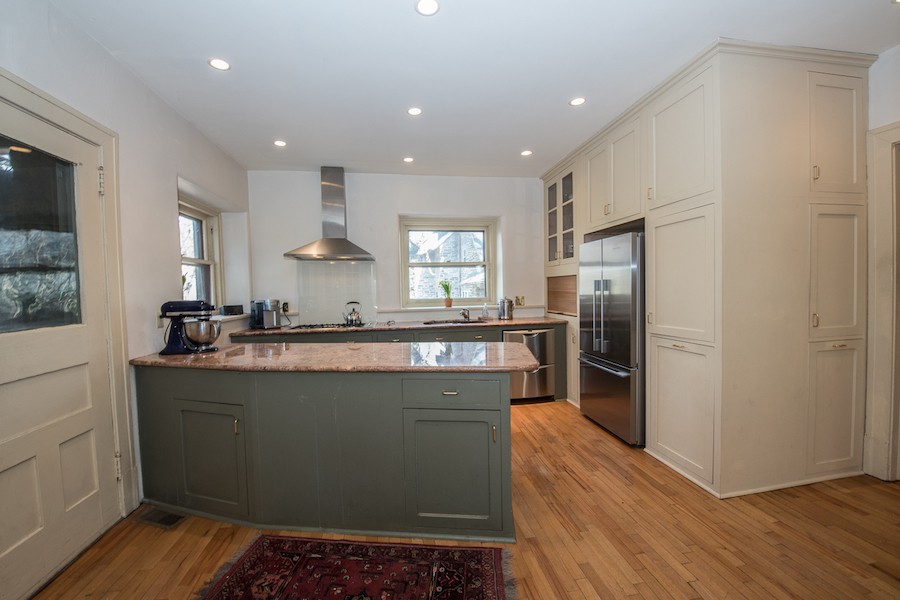 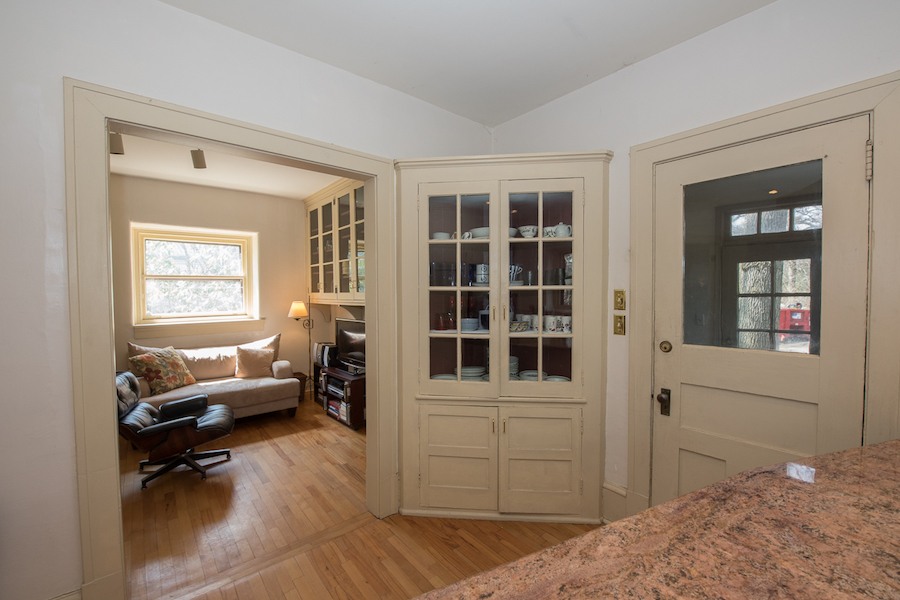 Its main floor was divided into what Louis Kahn might have called “served” and “servant” spaces. The stairs the maid used to get from her kitchen to her upstairs quarters survive but are sealed off at the bottom, and the former maid’s dining room and butler’s pantry now function as a pantry and family room attached to the thoroughly modern kitchen. 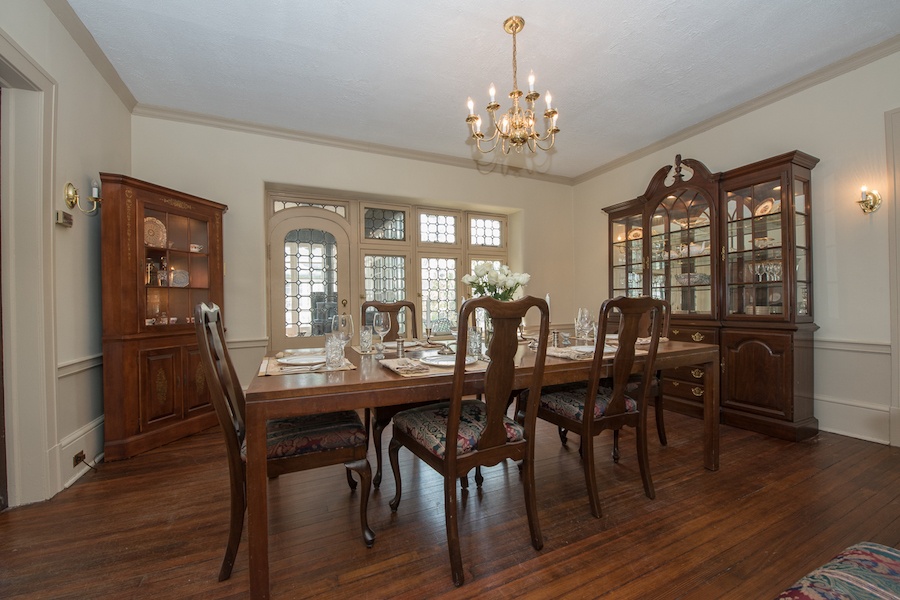 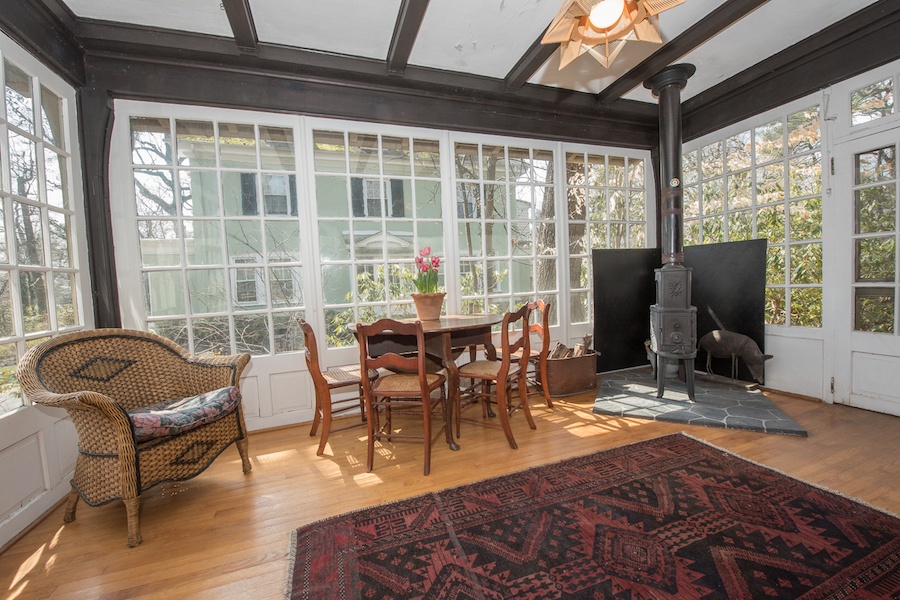 Attached to the large formal dining room and the even larger living room with its wood-burning fireplace is a sun porch with leaded glass windows separating it from the main structure. It has a wood-burning stove for year-round use. 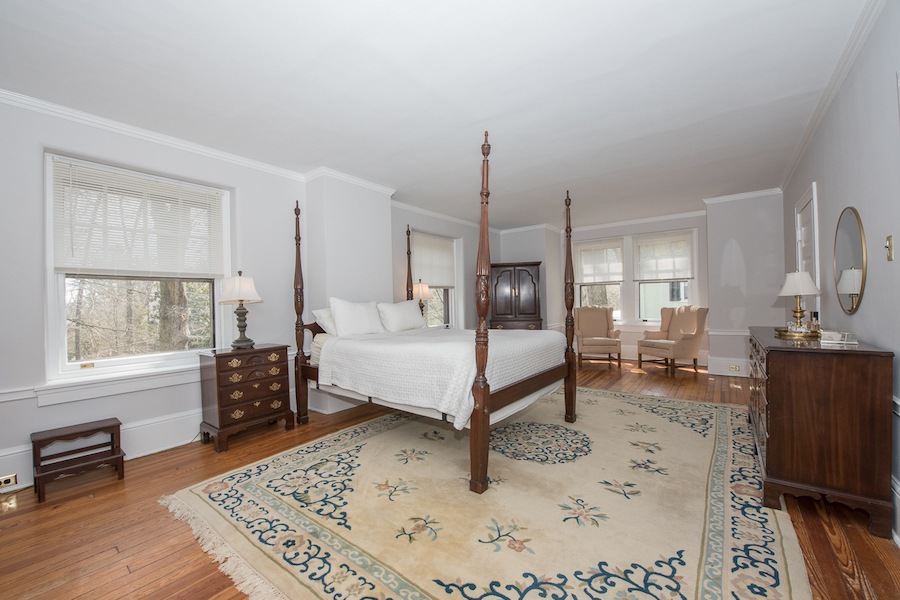 The bedrooms have all been refinished and repainted in bright colors, and the bathrooms have likewise been updated while remaining true to their original style, right down to the clawfoot tub in the Jack and Jill bathroom on the second floor.

This home also has some surprising extras thrown in. In addition to three bedrooms, the third floor includes an unfinished storage space and a built-in armoire in the hallway. One of the second-floor bedrooms has a cedar closet as well. 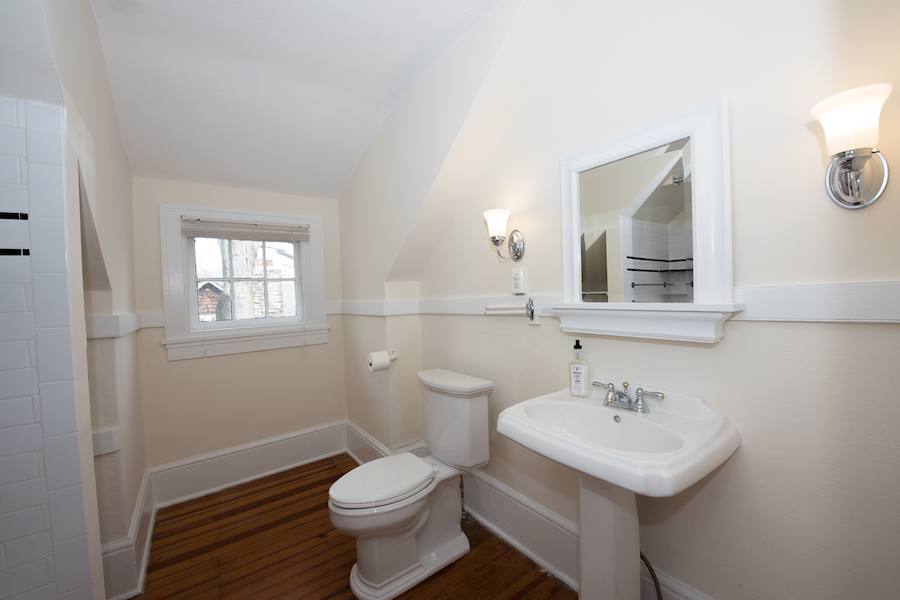 And there’s large backyard for outdoor entertaining and a two-car garage with a space that had served as staff quarters above. It’s used for storage now but could be converted into a home office, studio or in-law apartment.

Its sylvan setting may not prompt comparisons to the Tyrol, but it’s very attractive nonetheless. You’re close to Lincoln Drive and Upsal Regional Rail station as well as midway between the Clifford Park and Carpenter Woods sections of the Wissahickon Park.

OTHER STUFF: The agent has an offer pending, but the listing remains active as of now. It wouldn’t hurt to contact her on the off chance you might be able to outbid the potential buyer.