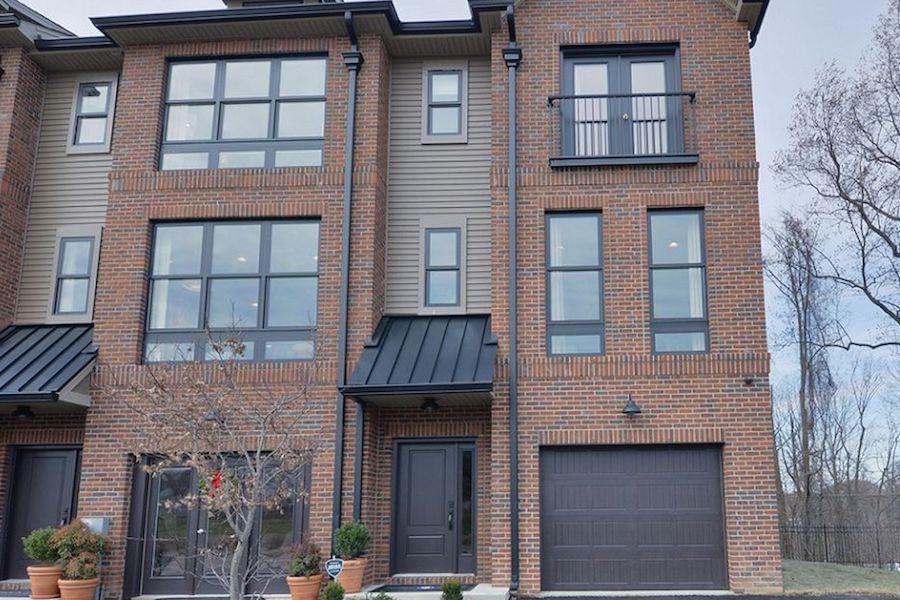 There is, however, a problem with this approach, and it’s this: You can’t get one of those with three bedrooms for much under $750,000.

If you want a three-bedroom home for under $400,000, your options are generally limited to a faded old rowhouse in an outlying Philly neighborhood, a rehabbed twin in same, or some low-slung rancher or center-hall Colonial in a subdivision from 40 years ago.

So let’s say you do want the Old City look without the Old City price. You’re in luck today: Bucks County-based County Builders has a development in Lower Southampton Township with your name on it.

It’s called “The Brickyard,” and they use enough brick in this suburban townhouse development to give its 48 homes just enough Old City street cred to pass. 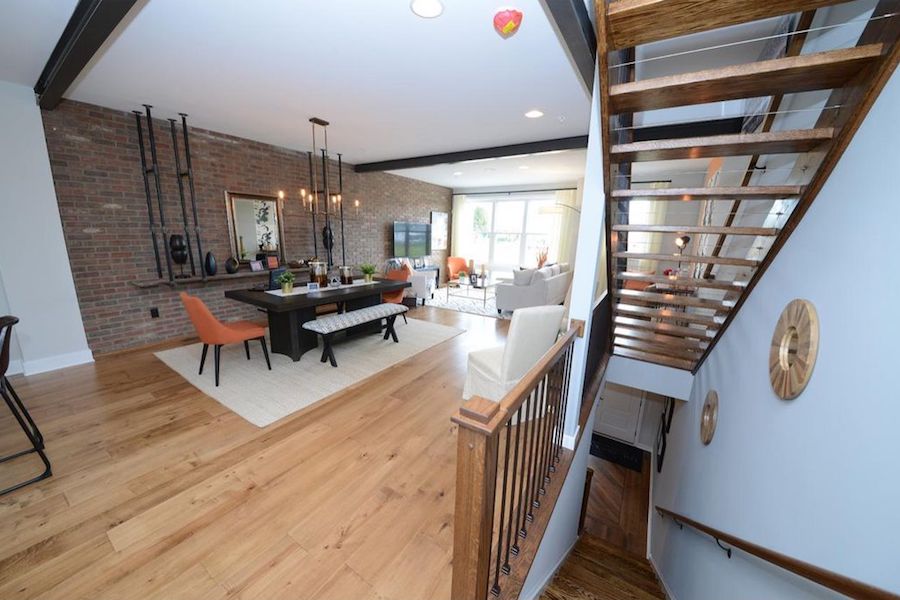 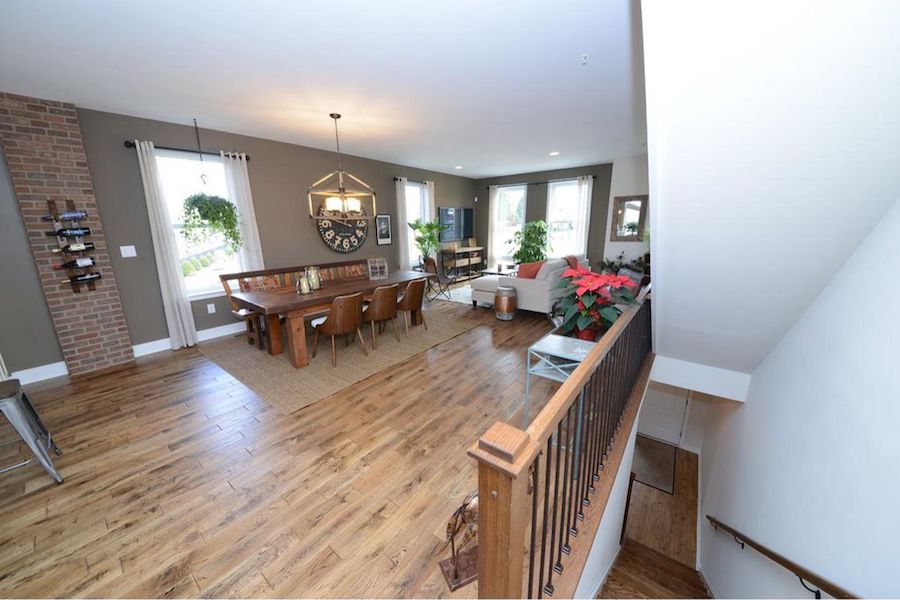 The photos you see here are of two model units: the Gable, an end unit, and the Hepburn, which has more of an industrial-chic look. (Add a roof deck and penthouse to the Hepburn and you get the Monroe, the third model this builder offers here. Looks like the developer’s a bit starstruck.)

They differ slightly in the details: brick, for instance, is an accent on the Gable’s main floor while it’s a defining element of the Hepburn’s. Tthe metal-pipe shelves suspended from the ceiling, the dark wood beams that section off the open-plan space and the open-riser wood stairs also give the Hepburn model more of an industrial-loft look. 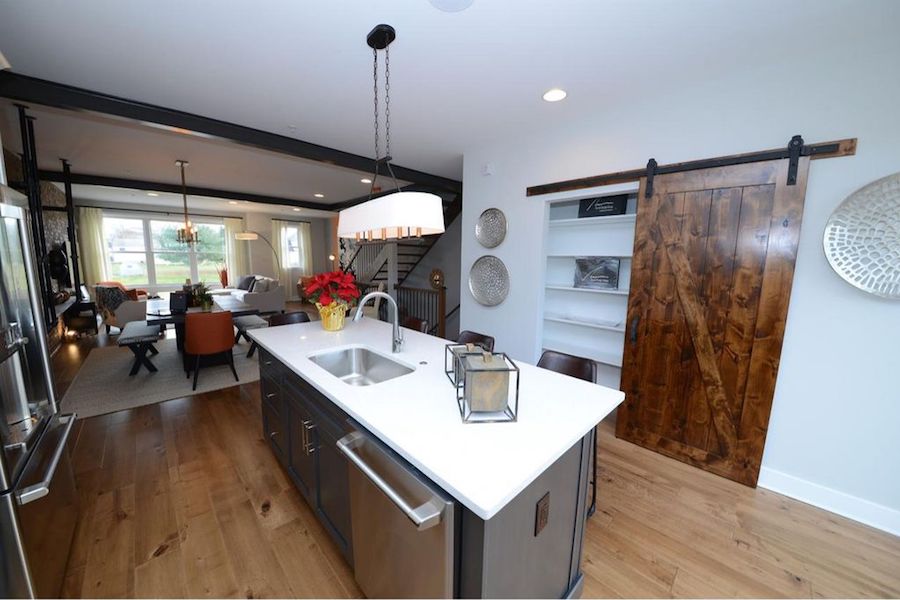 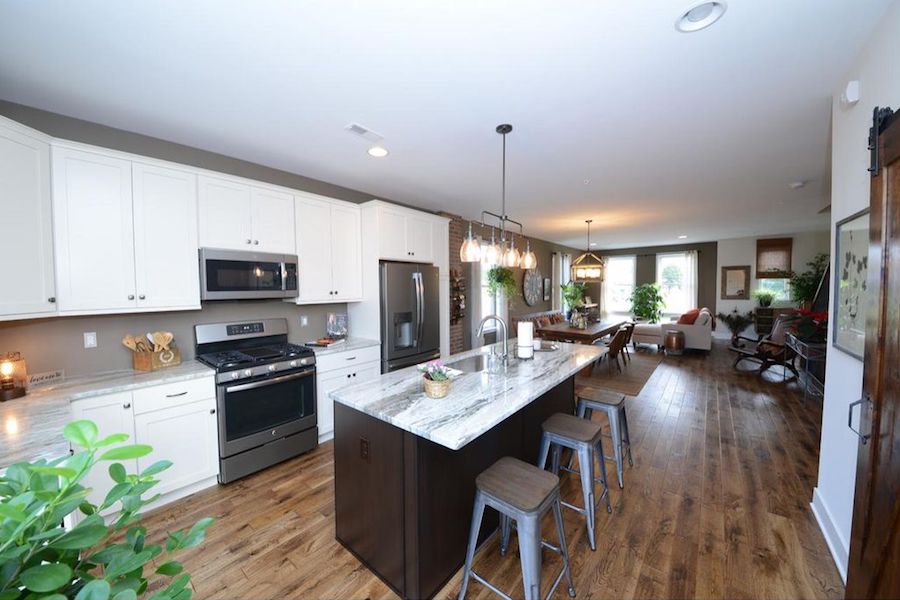 Both of these models, however, combine elements of industrial-chic and Arts and Crafts style (check out those banisters). The kitchens have huge islands and barn-door-covered pantries. The master bedrooms have stylish baths and either tray (Gable) or vaulted (Hepburn and Monroe) ceilings. You’ll also find tray ceilings in the ground-floor media rooms, which also open out onto the backyard. Rear decks off the main floor offer a more elevated view of the wooded surroundings. 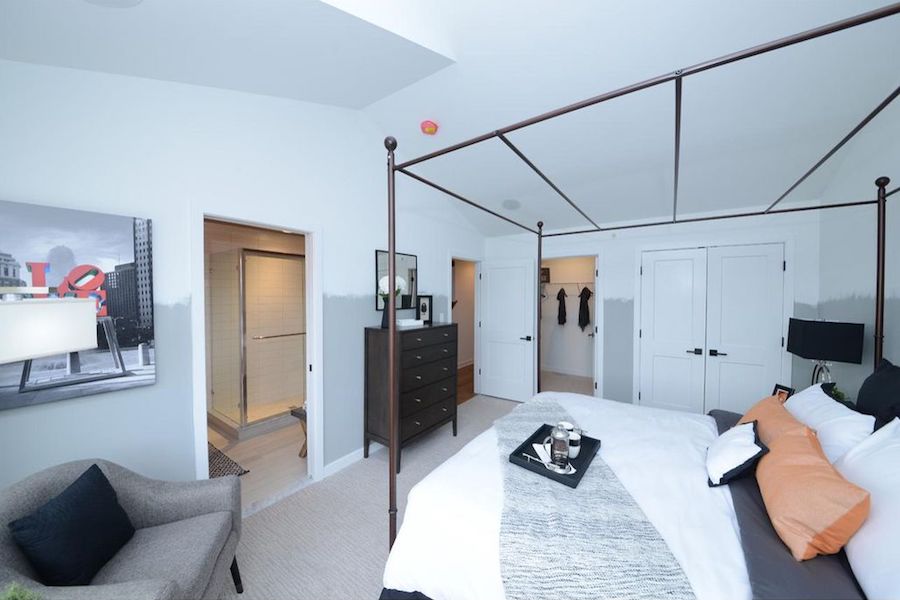 The quality of workmanship in these homes is high, as the pictures should make clear. But if you really had any doubts whether you were in the suburbs or not, the garage fronts should remove them.