A Trinity Is Reborn in Bella Vista. Sweet!

Nel Roche's large trinity got destroyed in a fire. She brought it back to life with some help from the right contractors. Here's how she found them. 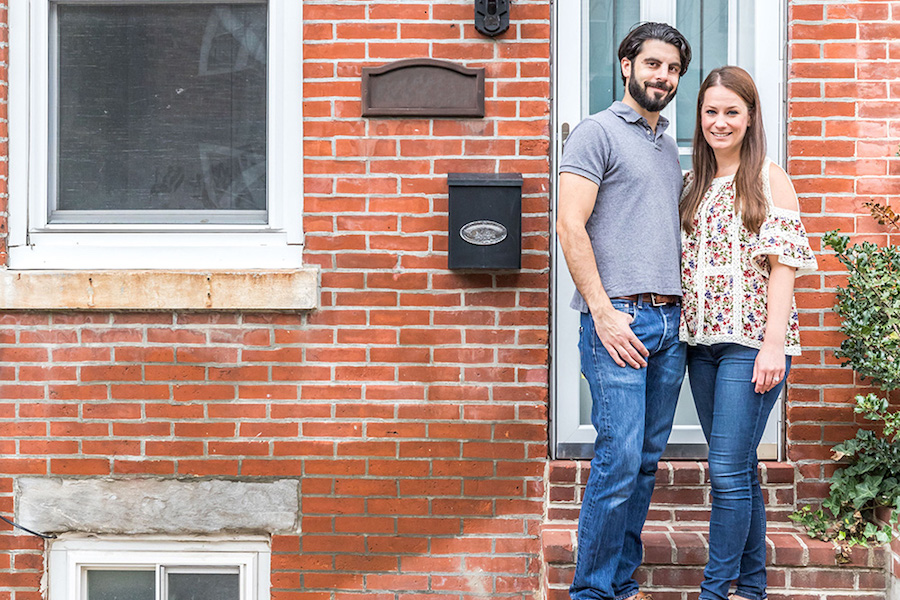 As anyone who prefers not to do it themselves knows, oftentimes the hardest part of any home remodeling job is making sure one has picked a contractor who will do the job right, do it well, do it in a timely fashion and do it for a reasonable price.

And for jobs that become too big for an individual homeowner to do it themselves, finding the right contractor becomes all the more important.

Bella Vista resident Nel Roch found herself in just that position when her 1,200-square-foot trinity on South Alder Street in Bella Vista went up in flames in the fall of 2016. She had fallen in love with the house, the first one she bought, in 2014, then met her future husband, Greg, and fell in love with him too. After they got engaged in the spring of 2016, they moved to a two-bedroom home where they could start a family but kept the trinity as an income property which they rented out to tenants. 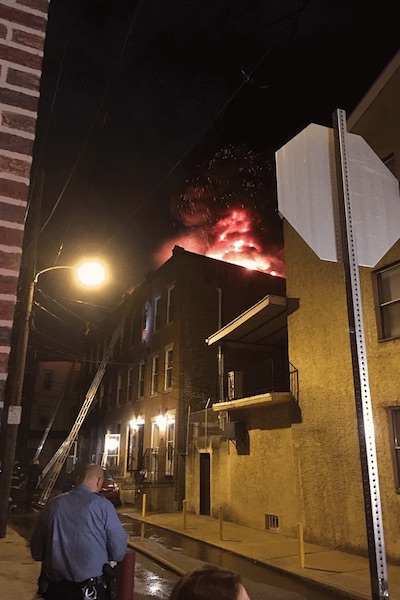 The fire ravaged all the homes on her side of the block and left hers severely damaged. Roch decided to do a full gut rebuild, which would also give her the opportunity to make some improvements she had wanted to put in.

That then led to the familiar quandary: How will I find someone I can trust to get the job done?

A service shortens the search

Fortunately for her, her mother had heard of a service that’s been matching New Yorkers with certified contractors and helping them manage their projects since 2011. The service is called Sweeten, and it’s been helping Philadelphians find the right people to do their home renovations since late 2016.

Project management is usually not something an individual homeowner would think of when undertaking a major remodeling job, but Sweeten founder Jean Brownhill learned the hard way that it matters.

“I was trained as an architect, and I’ve worked in the construction industry for many years,” she says. But when she set about renovating her own wood-frame home in Brooklyn’s Bedford-Stuyvesant section, she ran into trouble. “I was excited to do it, but I hired the wrong general contractor. And I wanted to help other homeowners avoid that fate.”

A curator for contractors

She realized that much as services like Angie’s List help homeowners find reliable service professionals based on customer feedback, she could set up an online service where homeowners could find reliable general contractors based on her own knowledge and expertise. “We thought we would use the efficiencies of the Internet to bring high-quality resources for homeowners to use when they needed contractors for their work,” Brownhill says.

Over the past several years, Brownhill has built a list of contractors that she and her staff have personally vetted. “We do extensive screening of all our general contractors,” she says. “It’s a highly curated list. We find people who have been working in the area for at least five years, and we check their credentials and references.”

Then Sweeten goes one step further by putting itself behind the contractor. Each Sweeten client gets an account manager they can turn to if they need help with issues or if problems arise. “We ensure that our contractors will work transparently and that they are comfortable with having us involved in the project from start to finish,” Brownhill says. “Some contractors don’t want us to be involved with the work, and we don’t work with them.”

After the match, the hard part

Homeowners start the process by posting descriptions of their projects to Sweeten’s website, which is how Nel and Greg got started. “They gave us details on what they were looking for, their budget, the scope of their project and photos of their home’s status,” Brownhill says. “Obviously, it had been through a lot with the fire and the flooding after the fire.”

Sweeten then sent them the names of a few general contractors they could choose from. They chose South Jersey-based Integrity Construction and Development. 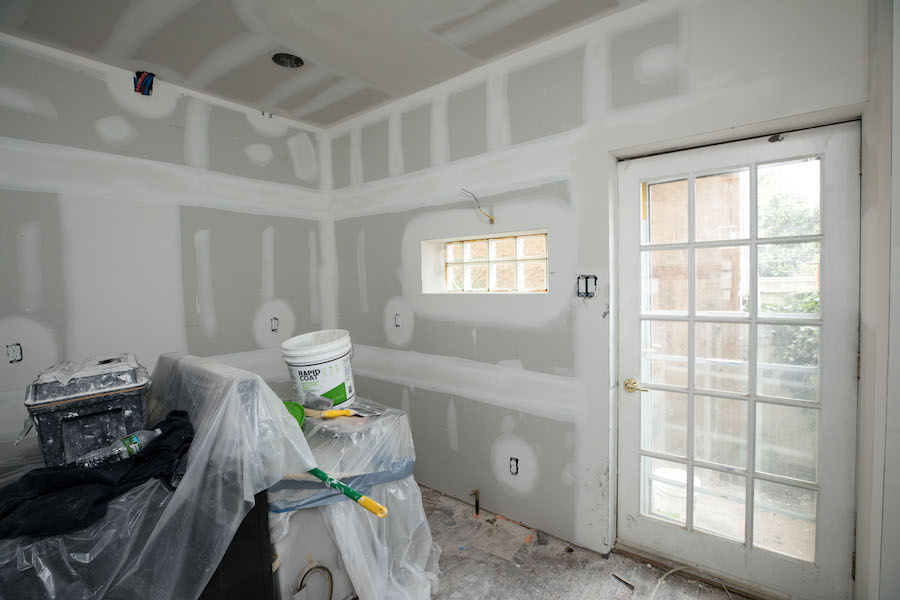 The kitchen, under renovation 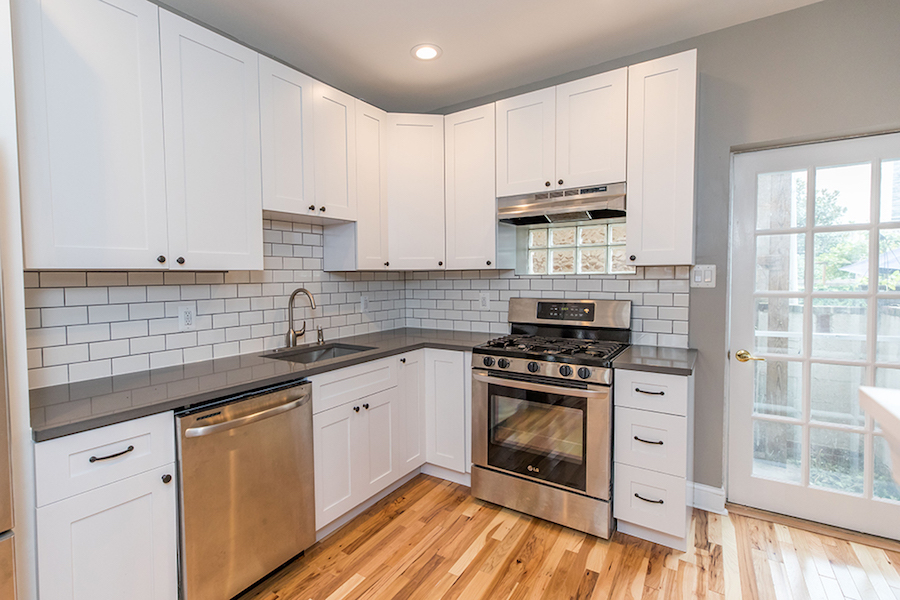 After a restoration company had removed all the damaged materials that had gotten soaked in the fire, the contractor installed some new plumbing, all-new electrical and climate control systems, new insulation, new drywall and new finishes to the client’s specifications. 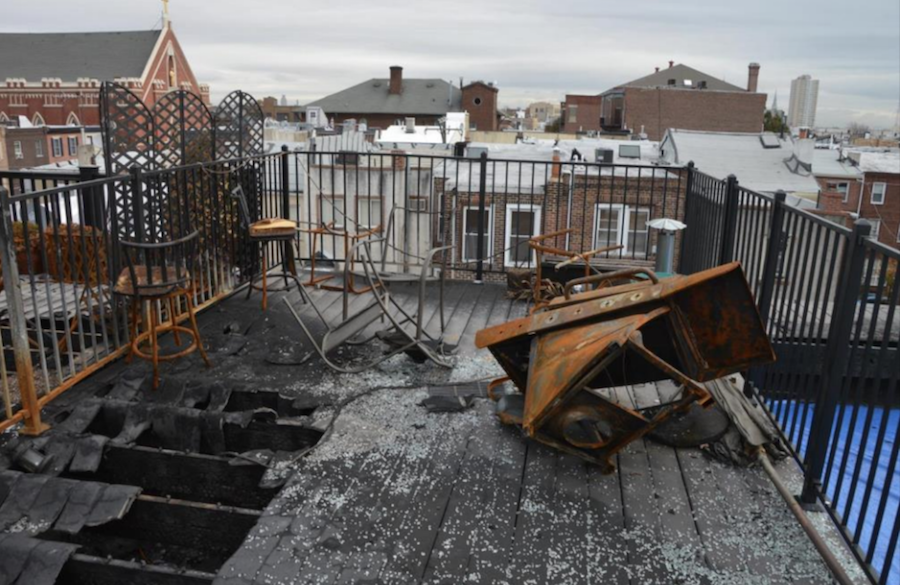 The roof deck, after the fire | Photo by Nel Roch 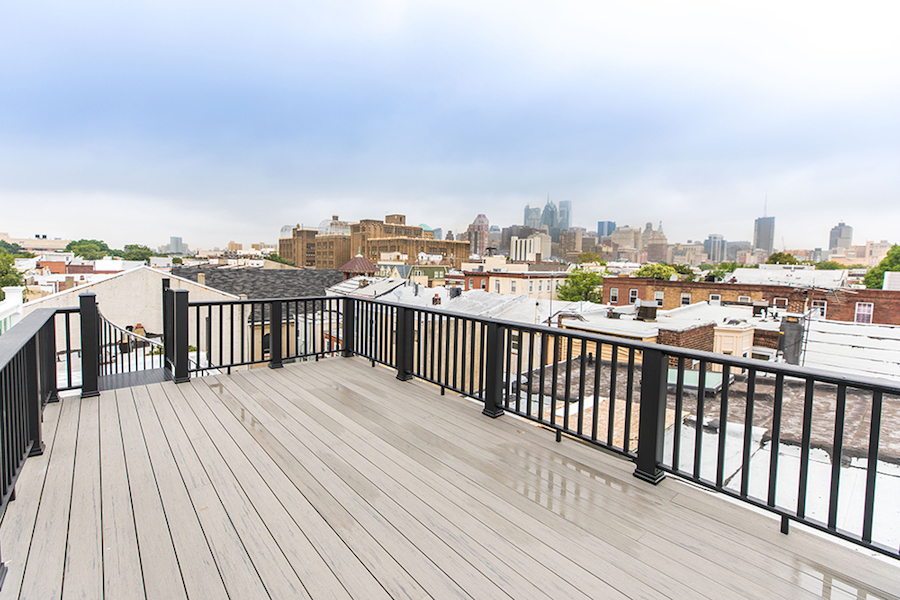 The roof deck, after renovation

In a post on the renovation on the Sweeten blog, Integrity managing member Matthew Kelly noted some of the issues that arose during the project. “We needed to add new code-compliant systems to a home that was designed to have a small footprint over 100 years ago,” he said. “Several homes on the same block that were also damaged in the fire were under construction at the same time, so parking was limited. Material deliveries on the small street were very tough, if not impossible. All of the materials for the roof deck and drywall needed to be loaded in by hand. [And] work on the roof deck was held up due to permits.” Specifically, a licensed architect had to be hired to produce new plans for the deck. 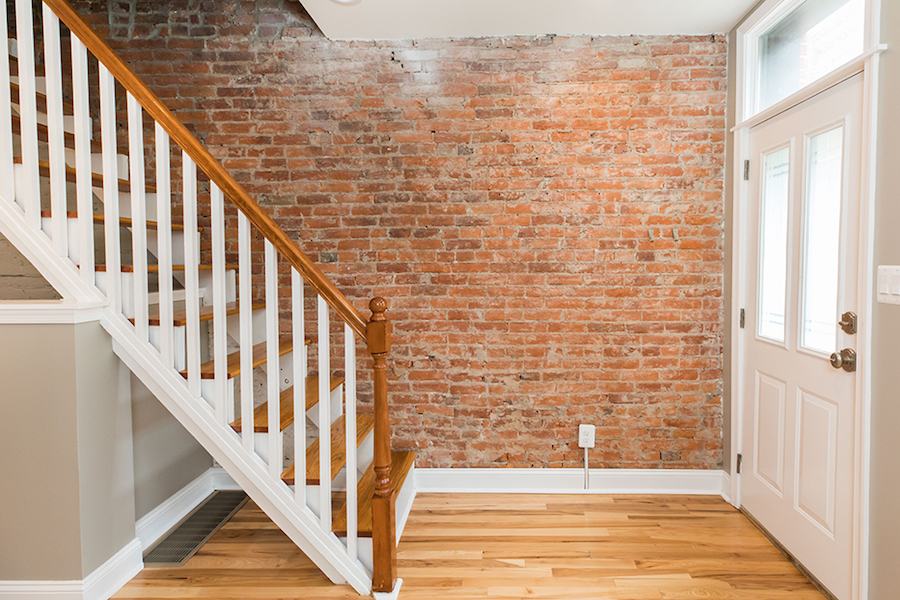 Roche especially loved the house’s exposed brick walls. These were cleaned and restored during the renovation.

More than pleased with the results

The results exceeded Roch’s expectations. “This is actually our second renovation in 12 months, but our first time using Sweeten,” she said in the blog post. “I can’t tell you how wonderful our Sweeten contractor has been. He took a very stressful situation and guided us through it with ease, and we couldn’t have been happier with how everything has turned out. Greg and I have actually joked about moving back in!” 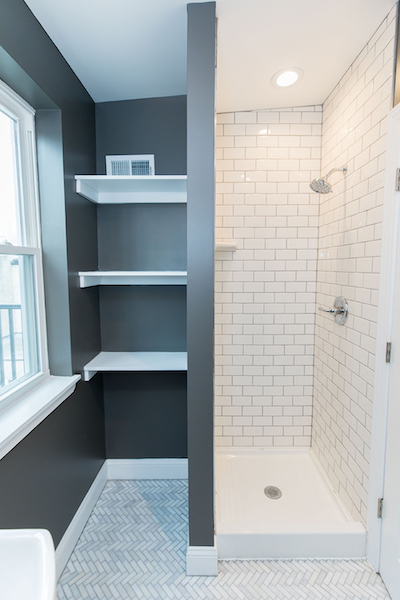 A renovated bathroom. The house was rebuilt according to its original one-bedroom, two-bath plan, with some enhancements thrown in.

“Although this project had its share of challenges, the team at Sweeten and a fantastic customer in Nel and Greg combined to make it easy for us to turn this trinity from a vision into reality,” Integrity partner Christopher Kelly says.

And the best part from the homeowner’s perspective? Sweeten’s services are free. (The company makes its living by charging contractors a small fee for each client they deliver to them.)

Brownhill said she chose Philadelphia as the second city to expand her business to because of its high rate of homeownership and the large number of historic houses here. To date, the firm has established working partnerships with some 300 general contractors and continues to add to that number. While Sweeten works with homeowners in all five Southeastern Pennsylvania counties, the areas where it has done the most business are in the city. The top five neighborhoods are Graduate Hospital, Old City/Society Hill, Queen Village/Bella Vista, Center City East/Washington Square West and Fishtown.

Ultimately, Brownhill says, Sweeten hopes to have a presence in all major U.S. cities. But she knows that will take time because “we will want people who are knowledgeable about each city” as partners.

So why’s the company called Sweeten? “It’s your home sweet home,” Brownhill says. “We’re helping you with the process of making it sweeter.”

If you’re looking to make your own home a little sweeter, you can learn more about how the Sweeten process works at the company’s website.