This historic farmhouse has all of its 18th-century charm, but it's in tune with 21st-century living. Its barn will make you popular with charities looking for a place to hold one-of-a-kind fundraisers. 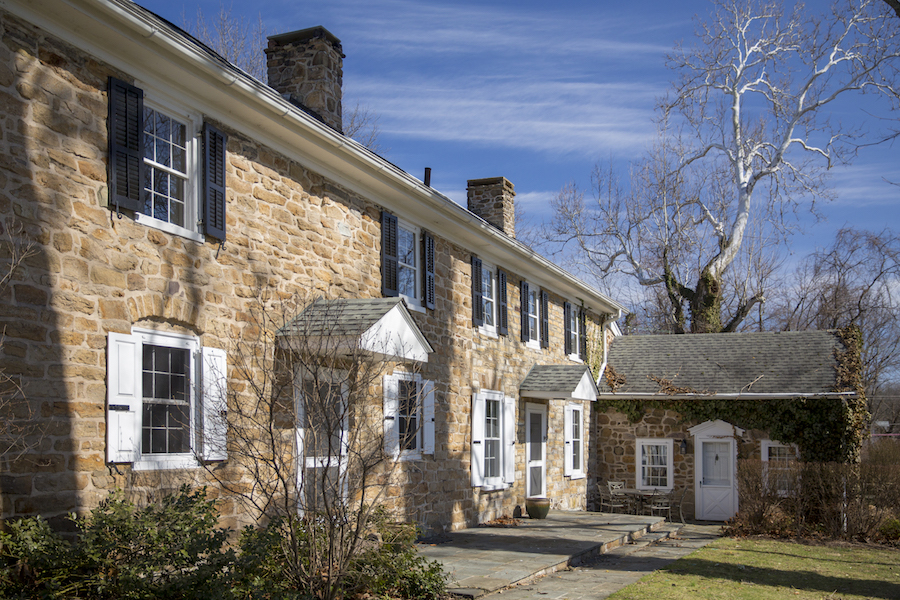 New Hope, its many fans will tell you, is one huge nonstop party. Its lively entertainment scene, a good bit of which takes place in residents’ homes, makes it a popular getaway for people from all over the tri-state region and beyond.

How far beyond? Try Savannah, Ga., itself no slouch as a getaway destination.

The same things that draw visitors to Georgia’s first city — its history, charm and colorful personality — drew Savannah event planner Timothy Hargus and his partner Richard Carlson to New Hope in 2007. They were looking for a place where they could escape Savannah’s steamy summers, and Carlson loved old farmhouses and barns.

The couple and Rolling Green Farm, then, were a match made in heaven. 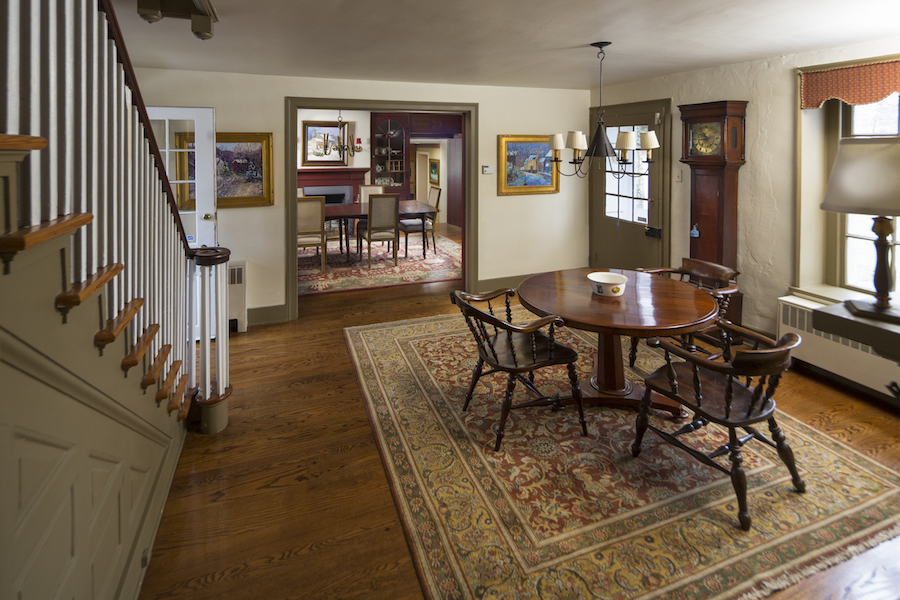 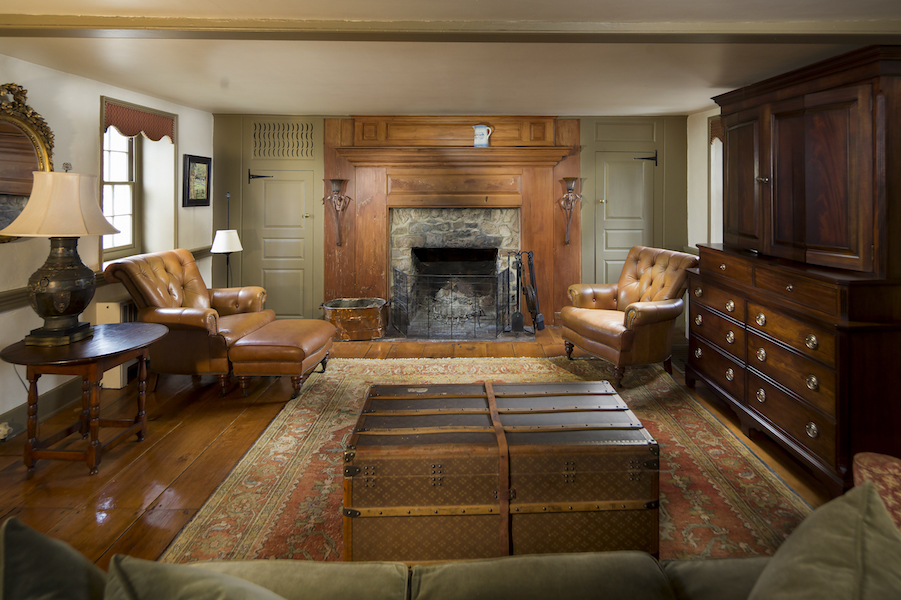 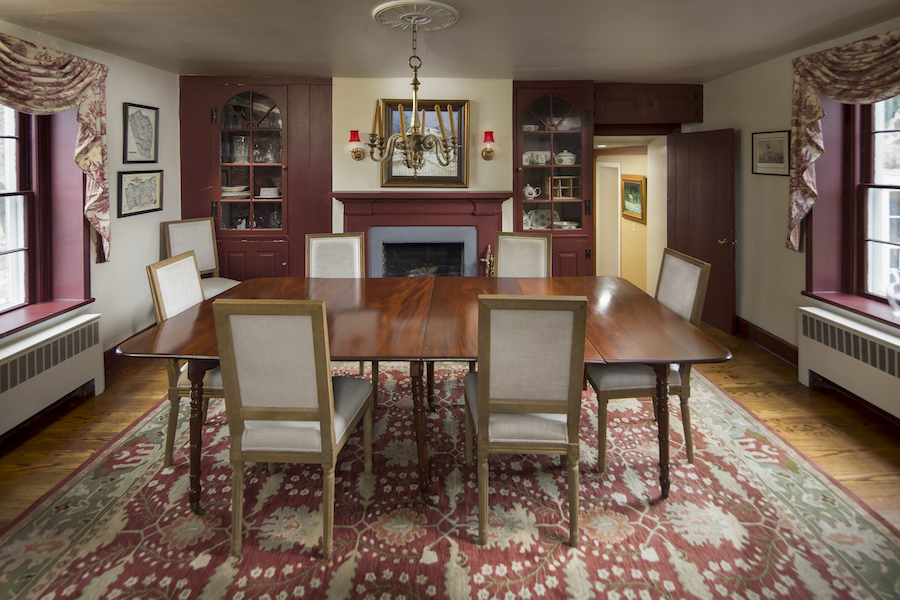 The farm, located halfway between New Hope and Lahaska, dates to 1748, and the stone farmhouse still possesses every ounce of its 18th-century character: low ceilings, thick walls and window wells, many working fireplaces, built-in bookshelves and display cases all over the place.

On top of that, Carlson and Hargus had heard that its barn was one of the oldest in Bucks County — maybe even the second or third oldest. 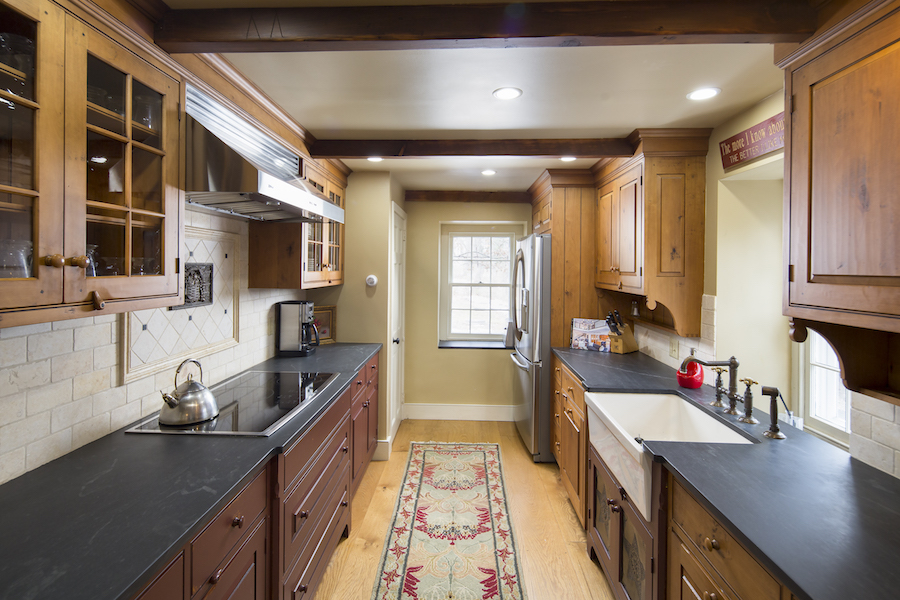 So Carlson got his dream home, and both of them went to work bringing the farmhouse and barn into the 21st century without destroying the Colonial charm that made them special. 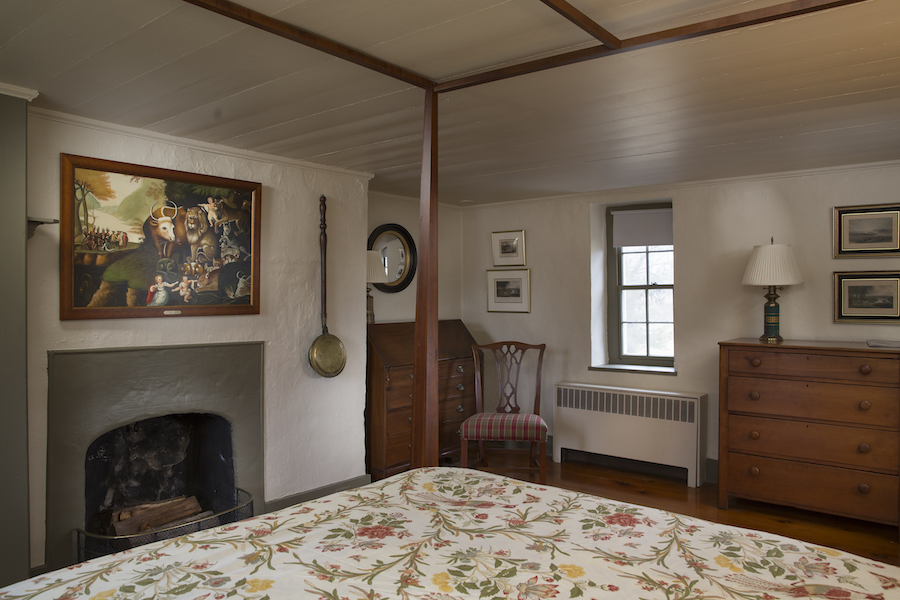 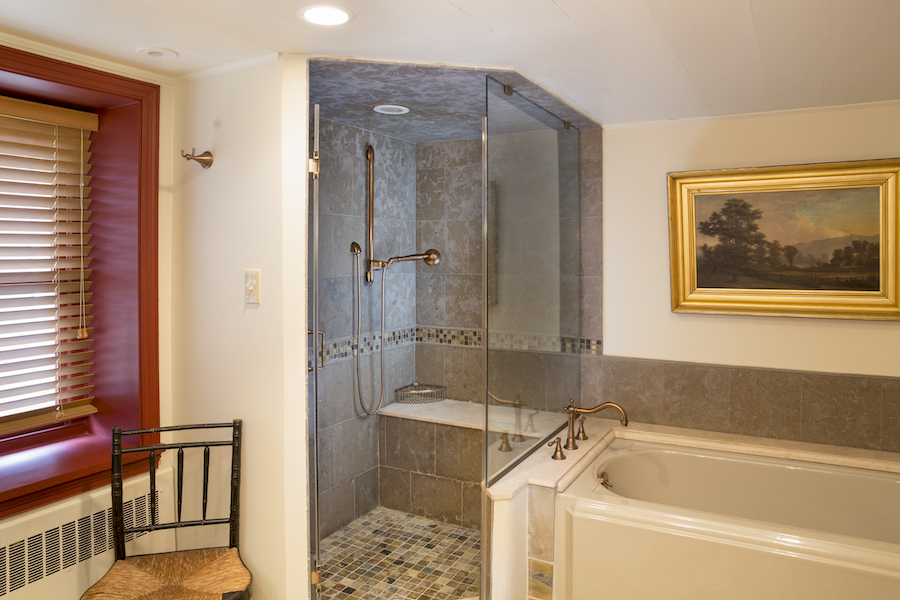 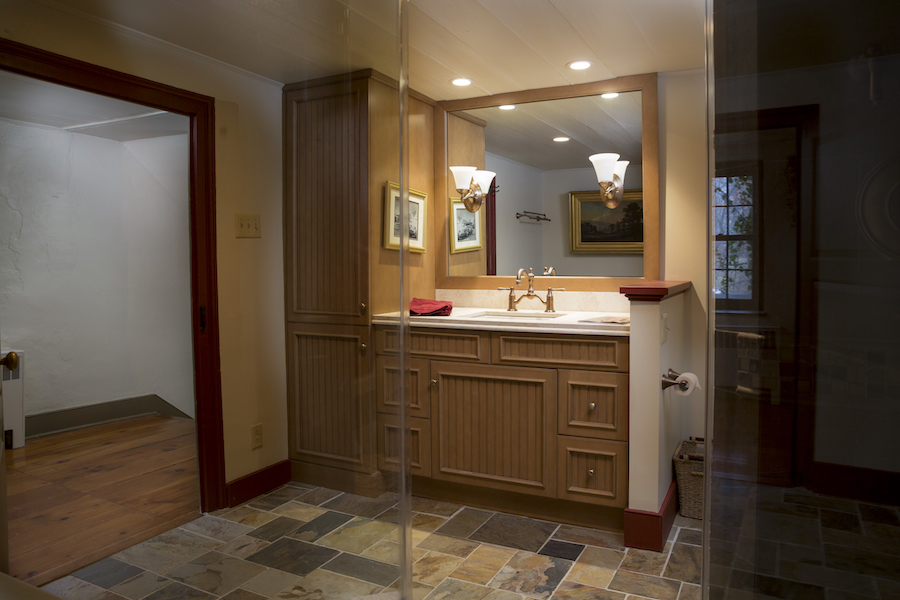 They ripped out the metal kitchen cabinets installed in the 1940s and put a totally up-to-date kitchen in their place. They did the same thing with the bathrooms, adding features like tile showers with frameless glass enclosures and tile tub enclosures that complement the exposed stone walls. 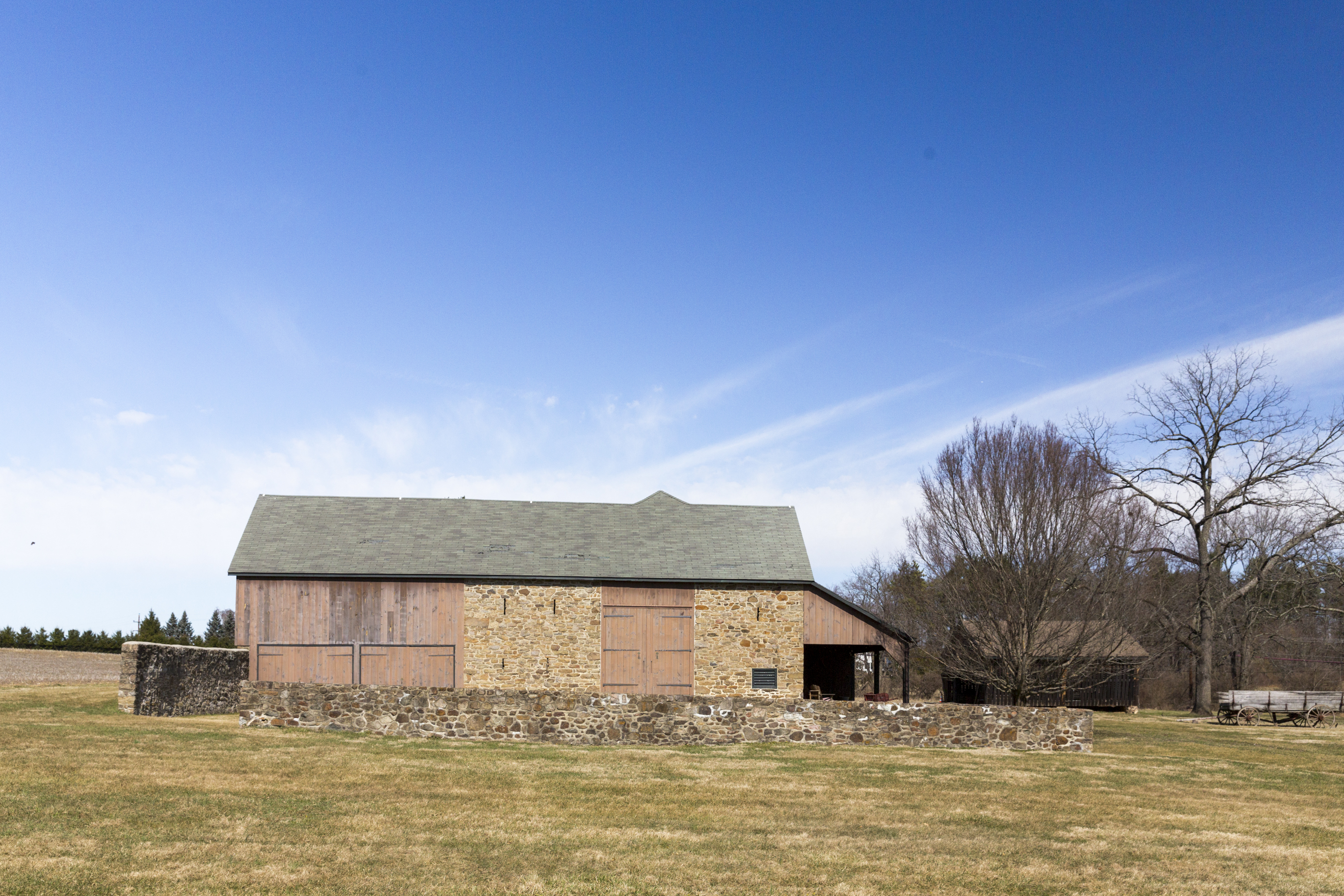 Then they turned their attention to the barn. There, they leveled the dirt floors and installed wooden planks over them. They cleaned up the structure’s interior and recycled those old kitchen cabinets there to give their new entertainment space a retro look. They continued the throwback theme by finding an eclectic collection of vintage furniture and a large chandelier to outfit the space and decorated it with French art posters and old advertising signs. 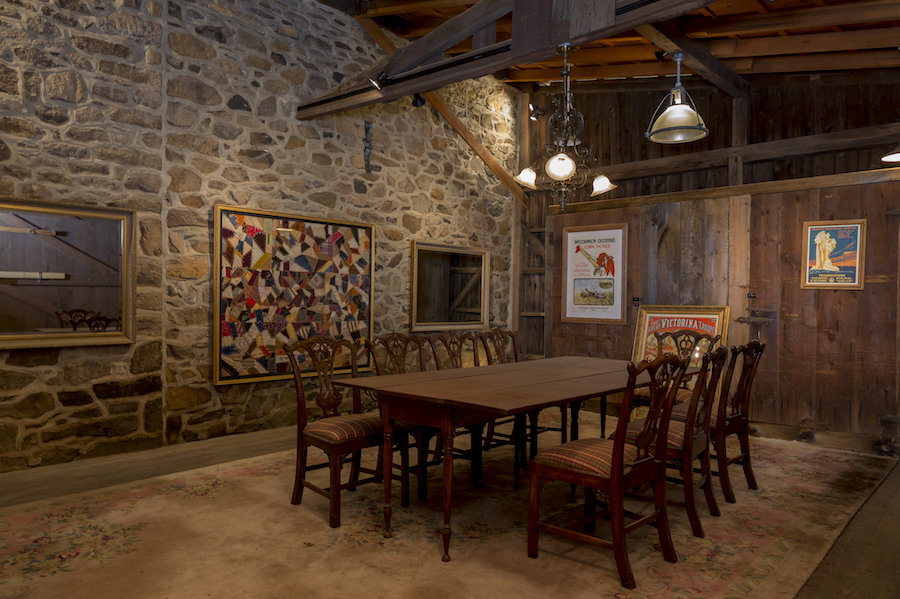 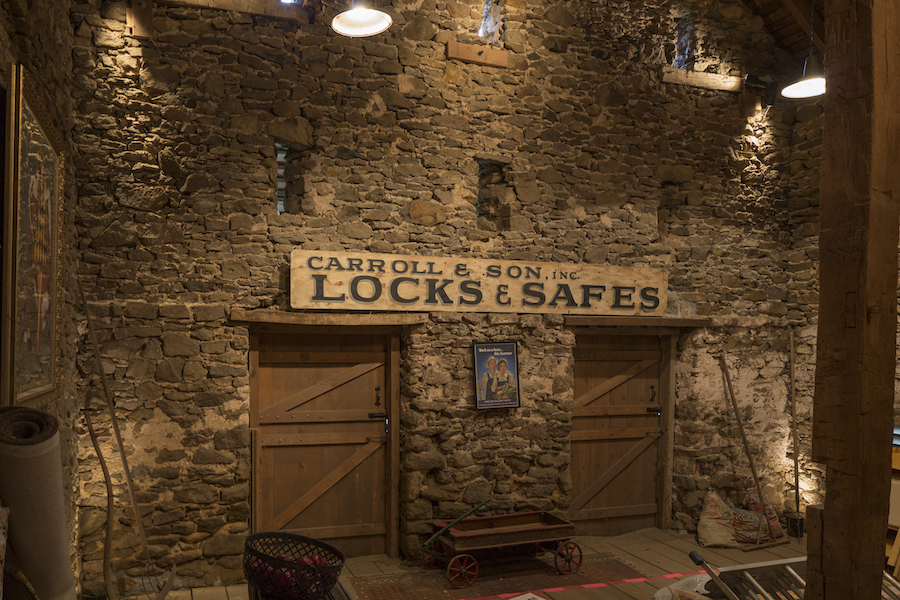 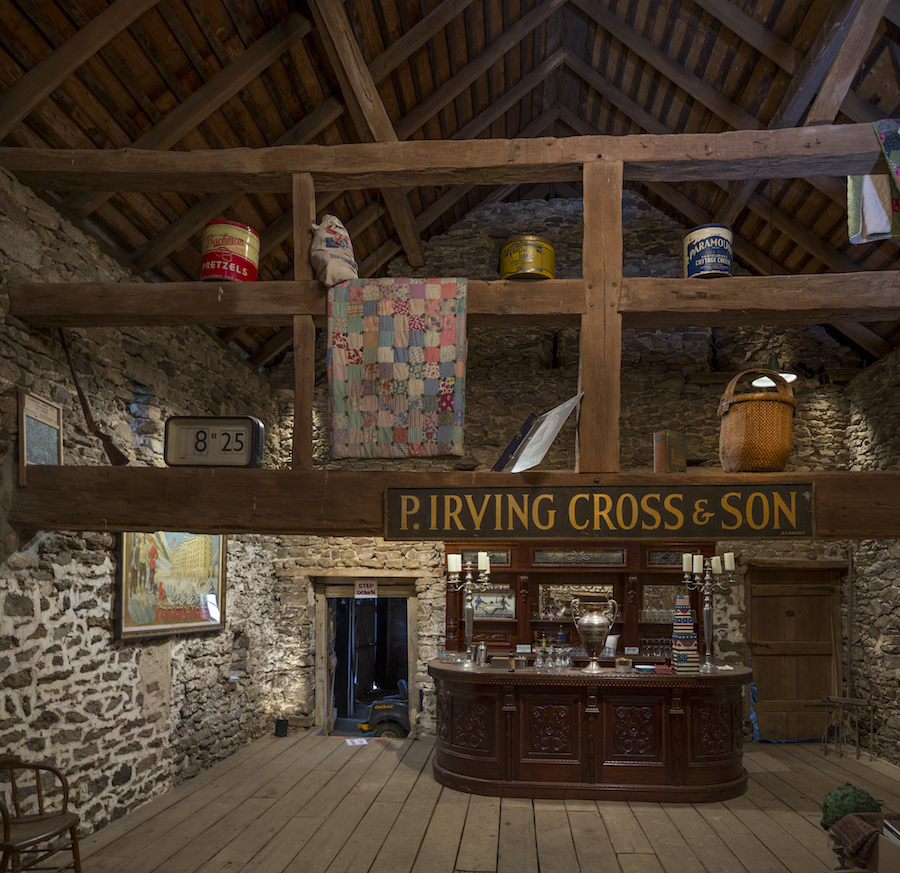 And for the pièce de résistance, the couple said, “An antiques dealer in Savannah was able to find a bar that was built in Ireland and designed for a pub. We had it shipped to New Hope to complete the look we were going for.”

For ten years, this barn has helped raise funds for numerous area charities thanks to the parties Carlson and Hargus held in it. But Hargus’ event business took up an increasing amount of his time and attention, and the periodic drives from Savannah to New Hope with their Labrador retrievers along for the ride got to be a bit much. “We were only coming up for a few weeks a year,” they said, “and the timing wasn’t working out.”

So they’ve decided to put this wonderfully comfortable trip into the past on the market in the hopes that someone who appreciates its attributes — and that barn — as much as they do and can put them to good use makes it their own. Regarding those attributes, we’ll let the pictures do the talking.

OTHER STUFF: The preserved farm includes several other structures besides the barn: a springhouse, woodshed, well house and carriage house with garage parking for two cars. And it could still be turned back into a working farm and the barn converted to use for livestock if one so desires.