New Kid on the Block in Germantown for $350K

Actually, this new kid's been on the block - one of Germantown's nicer - for a while now. It's just been given a huge dose of youth serum. 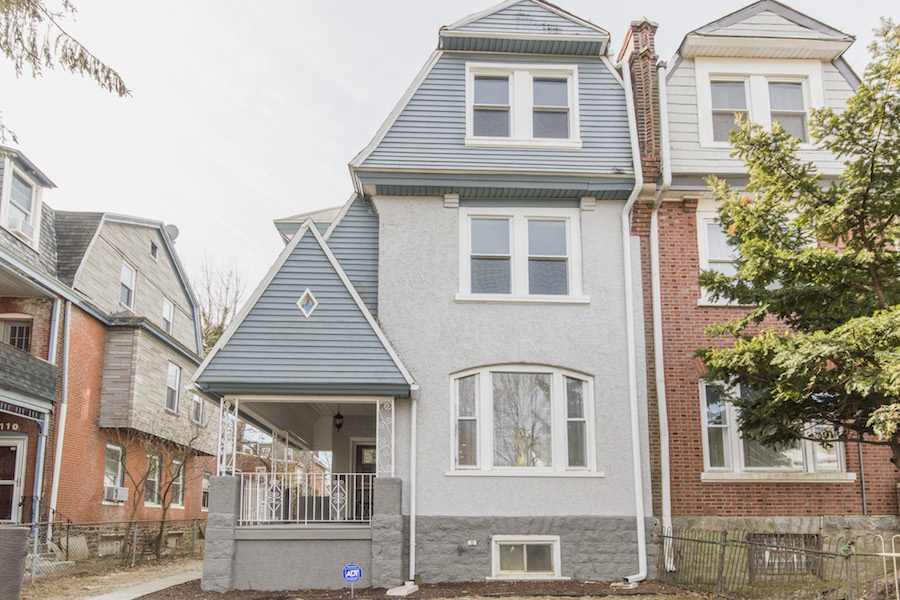 One of the things that draw people to Germantown is the sense of history and permanence that permeates even its least fashionable blocks. “The neighborhood has strong bones,” says one local landlord.

“It’s a hidden gem. I was shocked at what I discovered,” says interior designer Trinh Truong.

Truong, a native of the city’s Juniata section, and her contractor husband go around the city in search of houses whose faded glory they can restore. They found a stellar candidate on a quiet residential block in southwest Germantown. 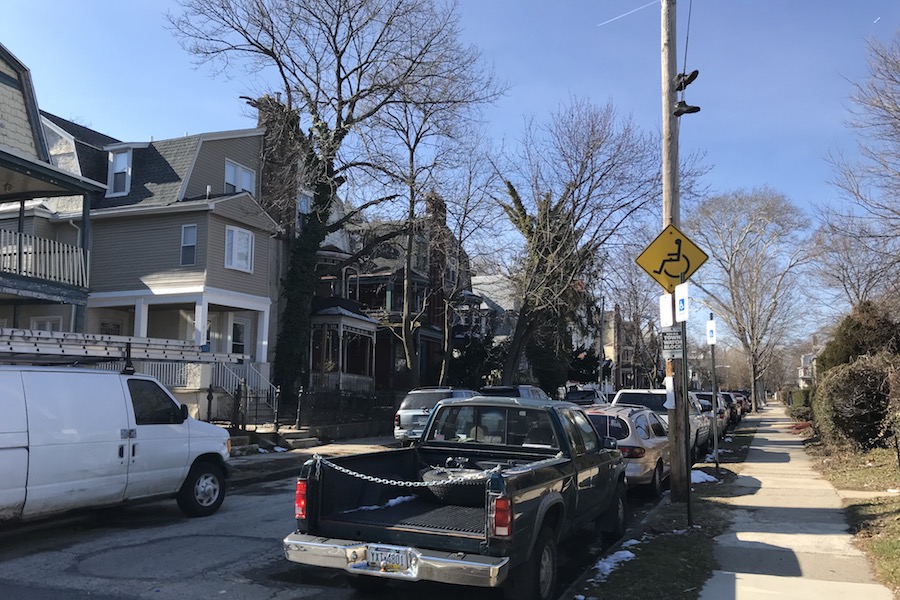 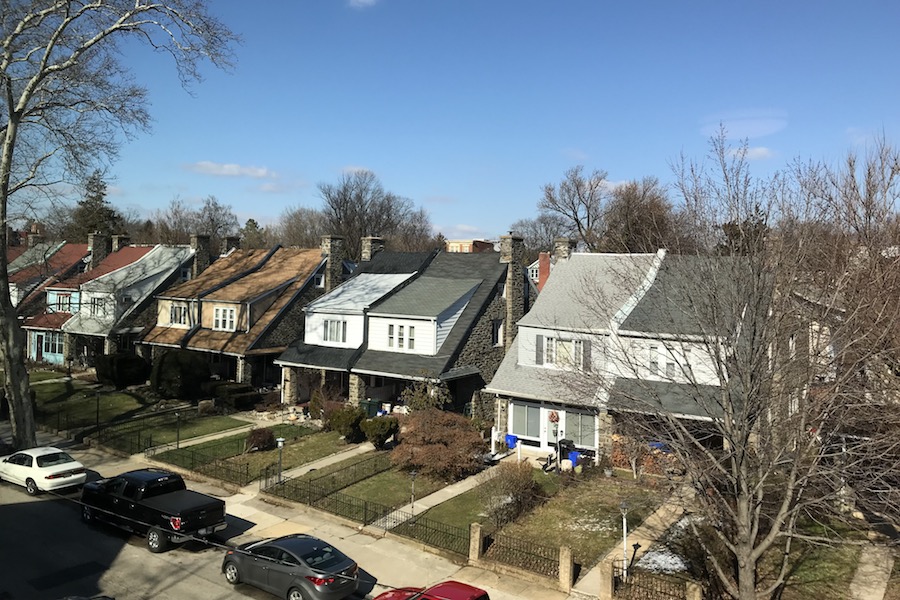 “What drew me to this particular block,” Truong says, “were the mature trees and the brick sidewalks. I love those.”

She then fell in love with the neighbors she met as well. “The next-door neighbor is so sweet,” she says. “She works at night, and during the day, we sort of terrorized her with the construction going on.”

The sleepless days were worth it, though, for she now has a beautiful renewed home for a neighbor. This nearly century-old home on Newhall Street has been renovated from top to bottom and adapted to 21st-century living. 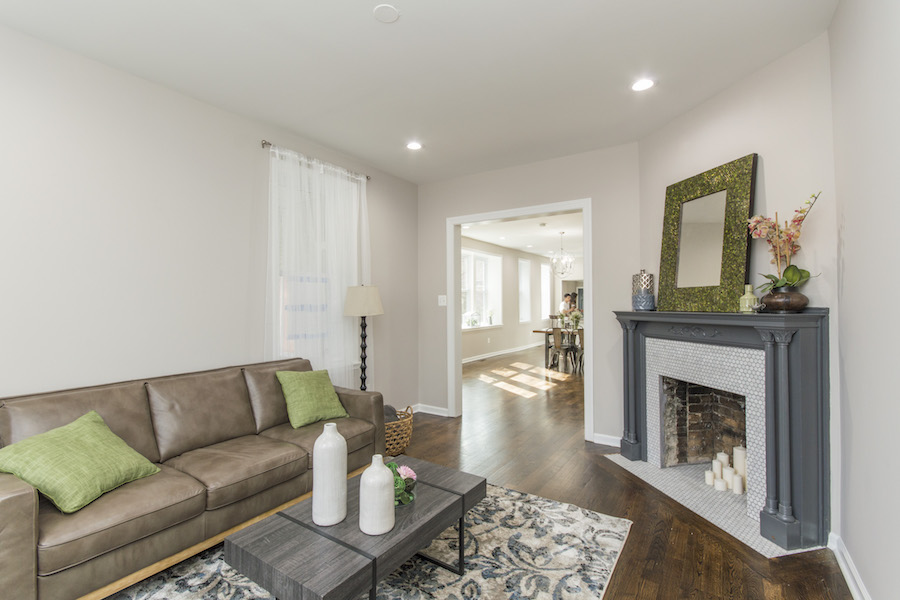 Truong and her husband retained most of the home’s original features, such as the living room fireplace, which they refaced with hexagonal tile, and the servants’ stairwell from the second floor to the main floor. Some of them, though, were replaced with more modern elements. 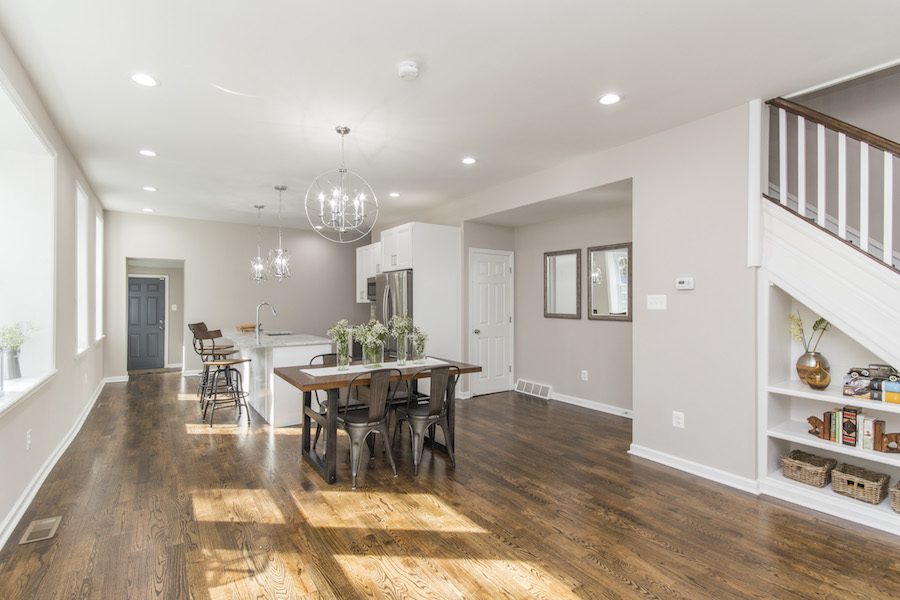 The kitchen, for instance, is now one with the dining room. Granite countertops, an island and designer lighting give it a modern feel, while Carrara marble backsplashes tie it in with the home’s past. (As do the countertops, which were chosen for their resemblance to the marble.)

Truong explains that as she approached the kitchen, she saw herself in it. “It’s a big house. A large family will be moving into it. So I imagined how I might be using this kitchen.

“We tried to accommodate it to the needs of the modern family,” she continues. “They want to be cooking and eating together. It used to be that there was the butler and the cook in the kitchen, and you didn’t see the mess. But now everyone wants to be part of the action. You do your homework on the kitchen counter. I want to cook and I want my kids beside me.” 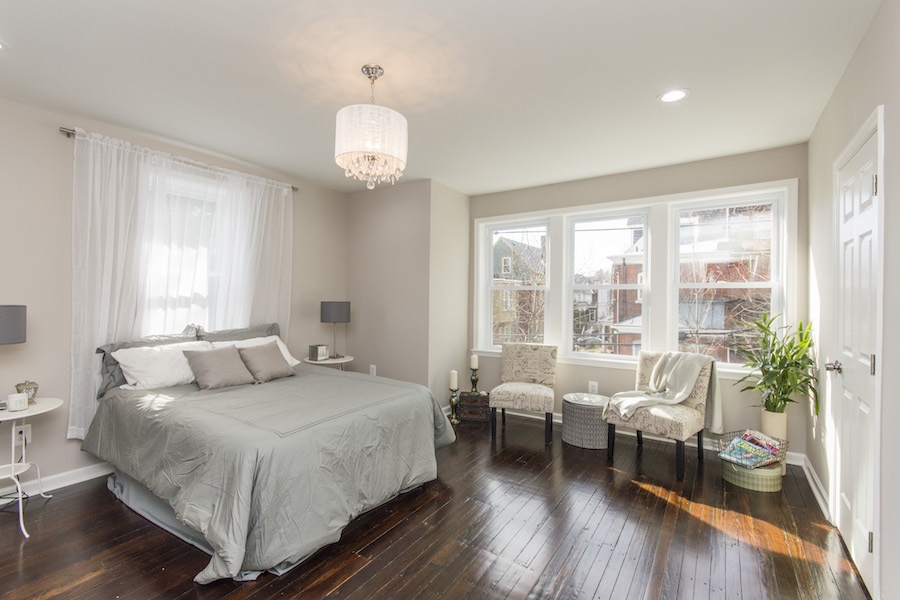 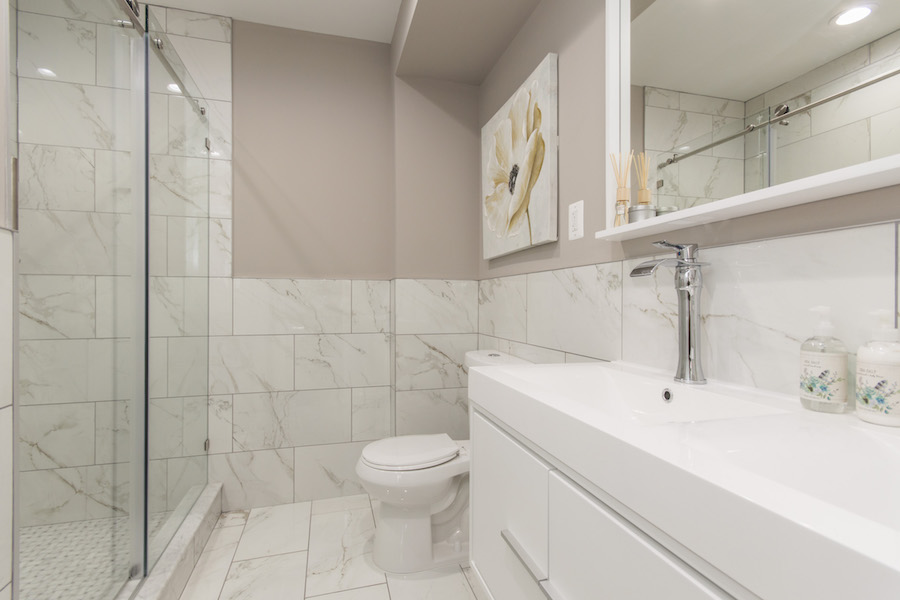 Some of this home’s features were carved out specifically for modern lives. The second-floor master suite is one. Truong and her husband removed one of the bedrooms to create a master bathroom and large walk-in closet. Similarly, the laundry was placed in a mud room behind the kitchen so that a person could do the wash and the cooking at the same time.

The modern bathroom vanities, Truong says, do run counter to the home’s character, but she says there’s a practical reason for them. “The modern family will spill water but be too busy to clean it up,” she says. “And a floating vanity will be easier to clean underneath.”

Truong is particularly pleased that their work served as a catalyst for further renewal on this tidy, tree-lined block with huge twins on one side and more modest twin bungalows on the other. “It was nice to see that within a few months, two or three other houses on this street were all being fixed up.”

The block in question lies midway between Wayne Junction and central Germantown, and it’s an easy walk to both. Three SEPTA bus routes pass close by as well, and two Regional Rail stations also serve the neighborhood.

OTHER STUFF: The agents will host an open house from 1 to 3 p.m. this Sunday, March 4th.