These Are the 10 Most Expensive Homes in Washington Square West

Like the neighborhood, the homes on this list are an eclectic bunch, and their prices range from relatively modest to nosebleed level. 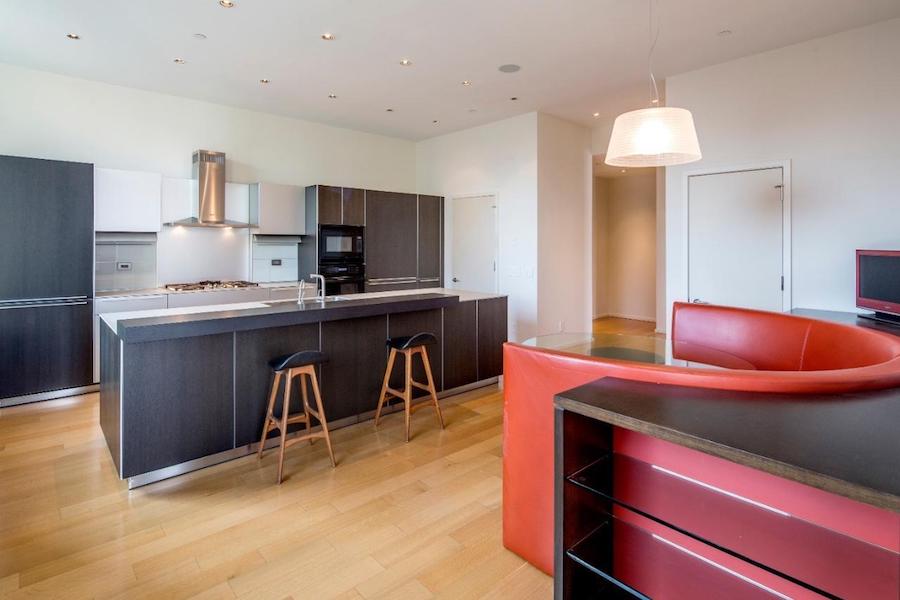 From Bauhaus to your house: this Bolthaup kitchen sets the minimalist, High Modernist tone for the most expensive home currently on the market in Wash West. | TREND image via BHHS Fox & Roach Realtors – Center City Rittenhouse Hotel

Of all the neighborhoods of Center City, none are more eclectic and diverse than Washington Square West. Center City’s two universities either call it home or spill over into it. It has most of Center City’s subsidized housing. It’s the heart of the city’s LGBT community, and it has both notable historic structures and ultra-modern residences.

Sometimes, as with several of the homes on its 10 Most Expensive list, those places are one and the same.

Take the most expensive home on the list compiled by NeighborhoodX, a fifth-floor unit in the Ayer condominium right on Washington Square. The building is a 1929 Art Deco classic, but the unit looks like Mies van der Rohe himself could have designed it.

For $4.3 million, maybe whoever did design it channeled him. That works out to $845 per square foot, by the way, which also makes it the most expensive property on this list by that metric.

Wash West lies in between Society Hill and Rittenhouse Square, but its house prices fall below the level of those in either of those neighborhoods. While the Ayer condo would make it onto the 10 Most Expensive list in either, none of the other homes in this neighborhood would, and the lowest-priced of the ten keeps company with pricey homes in not-so-pricey neighborhoods.

In terms of price per square foot, homes in Wash West offer almost as much value as those in Chestnut Hill: prices here run from $269 to 845 per square foot.

Besides the unit in the Ayer, two other homes on this list are located in historic structures. 802-10 Locust St. #201 is in the Musical Fund Hall, the city’s first concert hall and the place where the Republican Party held its first national convention in 1856, and 413 S. 10th St. is the birthplace of Henry George, the 19th-century social reformer and economist who wrote “Progress and Poverty.” Two others are in a third noteworthy building: 1215 Locust St., an Italianate structure built in 1892 and designed by Frank Miles Day, who started out as an apprentice to the famed Frank Furness.