These Are The 10 Most Expensive Homes in Rittenhouse-Fitler

The two at the top (one raw, one finished) list for more than double the price of the No. 3 entry. 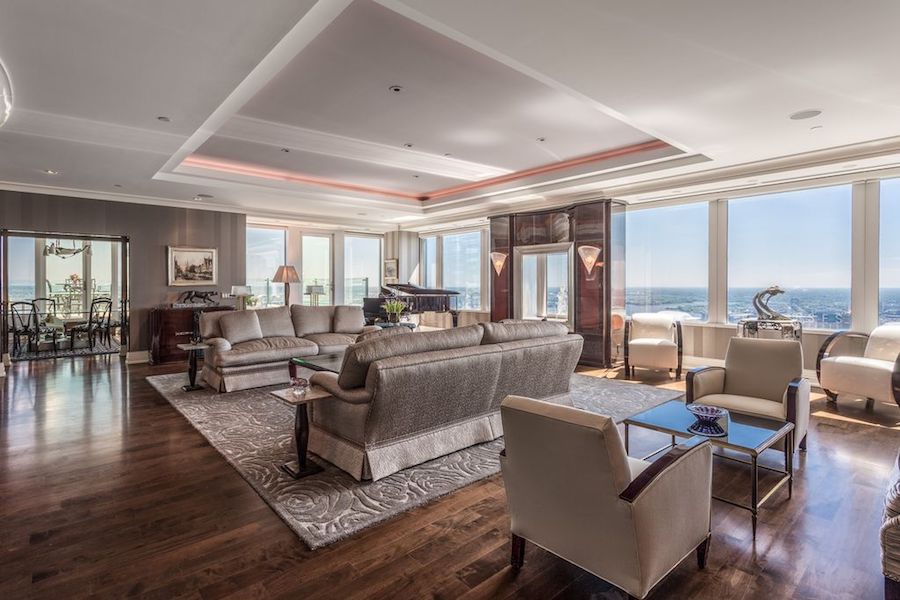 Elevated living at an elevated price: at 2,612 per square foot, this Two Liberty condo may be the most expensive house per square foot in the city. | TREND image via Kurfiss Sotheby’s International Realty

If you want a feel for just how much the ultra-luxury real estate market has changed in Philadelphia since Tom Scannapieco shook it up with 1706 Rittenhouse, take a look at the two most expensive listings in Rittenhouse-Fitler compiled by NeighborhoodX.

But if that’s not pricey enough for you in per-square-foot terms, you could go for the No. 2 entry on the list, a finished, 5,550-square-foot, two-bedroom condo on the 46th floor of Two Liberty Place that lists for $14.5 million. At $2,613 per square foot, it may well be the most expensive property currently on the market in Philly on a per-square-foot basis.

What’s more, these two list for twice as much as the third entry on this list, a 4,409-square-foot bi-level penthouse atop One Riverside. At a mere $7 million, it’s a steal.

What these units suggest is that while we may still not be New York — and, thank God, we never will be — we now have a class of Philadelphians willing to shell out to live like Manhattanites. Seven of the 10 homes on this list are condominium units in high-rise buildings, and two of those are on relatively low floors. Two of them, by the way, are in 1706 Rittenhouse.

But those who still prefer a more traditionally Philadelphian approach to luxury living will find some fabulous choices up here as well. Two Delancey Street townhouses, including the former home of Nobel laureate Pearl Buck, made this list along with an elegant townhouse right on Rittenhouse Square itself.