For starters, it won't produce what it seeks to encourage. For another, it will make recovering from the next downturn harder. It needs to go back to the drawing board. 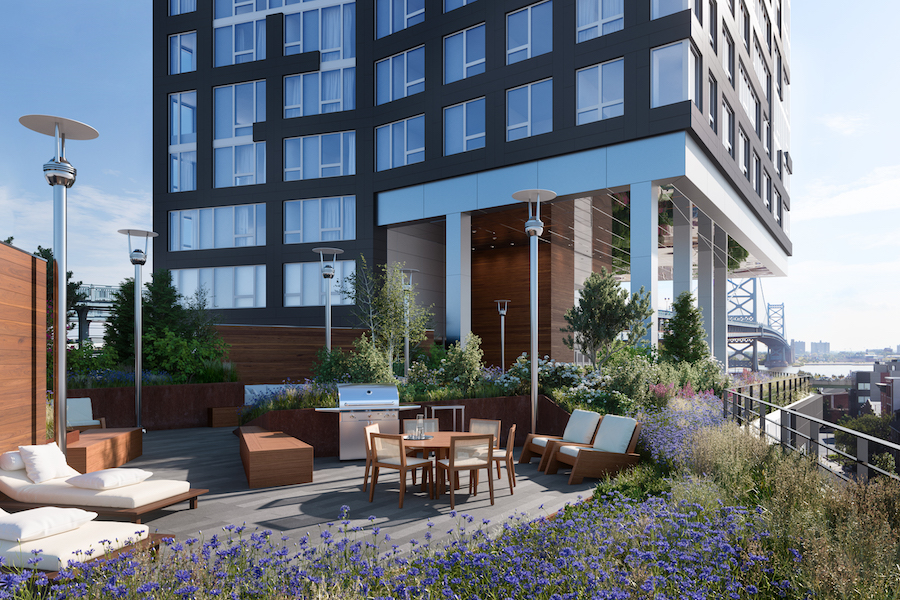 The Bridge on Race may serve as proof of concept that income diversity is achievable in Center City, but conditions may not always be so favorable. | Photo: Courtesy Bridge on Race

Philadelphia has lots of affordable housing. It also has an affordable-housing problem.

Here’s the problem: Most of the affordable housing is in those neighborhoods where poverty is persistent.

That’s what makes Councilwoman Maria Quiñones-Sánchez’s mixed-income housing bill so appealing: It promises to mix things up by encouraging income diversity in some of the city’s most desirable neighborhoods.

This is an admirable goal. Studies have shown that the life chances of lower-income families improve when they cease to live in neighborhoods where poverty is concentrated, so mixing lower- and higher-income households should help take a bite out of poverty.

But there’s a problem with the bill as it’s now written, and it’s the same one that the original version had:

It won’t produce that result. And it will make it harder for the city’s housing industry to recover when the inevitable next market downturn hits.

For the past decade or so, the city has had a voluntary program that offered density and height bonuses for builders that committed to setting aside 10 percent of their multi-unit developments as affordable to residents making no more than 60 percent of Philadelphia’s metropolitan Area Median Income — a figure significantly higher than the citywide median household income. For those units affordable to people making 30 percent of the area median income, even greater bonuses were offered.

Only two projects completed to date opted to take advantage of the incentives. The builder of 205 Race Street included affordable units in his project. After getting the bonuses, the developer of One Water Street opted to pay money to the city’s Housing Trust Fund instead.

“One Water gave [the HTF] $150,000 per unit without blinking,” Sánchez said in defending the bill’s approach to producing mixed-income housing.

So we’ve established a price that a big developer with deep pockets and a large project is willing to pay in order to avoid having to put lower-income people in some of its apartments. By that standard, the $30,400 per unit maximum payment being proposed in the revised legislation is pocket change.

But if the goal is to spread income diversity, then the big developers can get off the hook easily by just paying up. The smaller developers might simply choose to build nine townhouses on lots that could have supported 20 apartments.

Combined with other Council mandates, the result could end up being less, not more, affordable housing. That was the concern the West Powelton/Saunders Park RCO raised in its written testimony. Increased parking requirements plus mandated below-cost housing, the group argued, might just result in pricier townhouses where cheaper apartments might have gone.

And as both developer Carl Dranoff and Councilman Allan Domb noted in their testimony, residential development even at the upper end hereabouts is riskier than it may appear at present. Dranoff said that in the last 20 years, only three completed condo projects in the city managed to avoid bankruptcy, foreclosure or a change of ownership. As Domb put it, the word among investors is, “Always be the third person to buy a condo project here, for the first two will lose their shirts.”

The glut of high-end apartments coming on the market and the resulting slowdown in new projects should also make clear that the current state of affairs in the city’s housing market is rare, unusual, and fragile. What a developer might be willing to pay to get out from under the obligation now may be unaffordable in the next market downturn — and there will be one.

Sánchez, for her part, is not that worried about the possible downsides. “If you listened to the testimony,” she said, “most people were already adamant one way or another” about the bill. “If you believe in the program, you’re going to make it work. And if you don’t believe in the program, you’re going to create chaos so that it won’t work. As a national housing expert testified at the hearing, people will sharpen their pencils and make the projects work.”

But in a market where even the projects that were supposed to work didn’t, no amount of pencil-sharpening will change the basic economics. Right now, the bill as it exists makes both income diversity and more affordable housing less likely, not more. Sánchez has achieved a lot by including all the stakeholders, supportive and otherwise, in the process that produced the initial legislation. Now is not the time to short-circuit the conversation, for there’s still time to get the incentives right. They’re not there yet.