Cards Against Humanity Throws Up Wall Against Trump

In its latest holiday land-grab stunt, the satirical game publisher bought a chunk of the U.S.-Mexico border and sold it to 150,000 Americans. 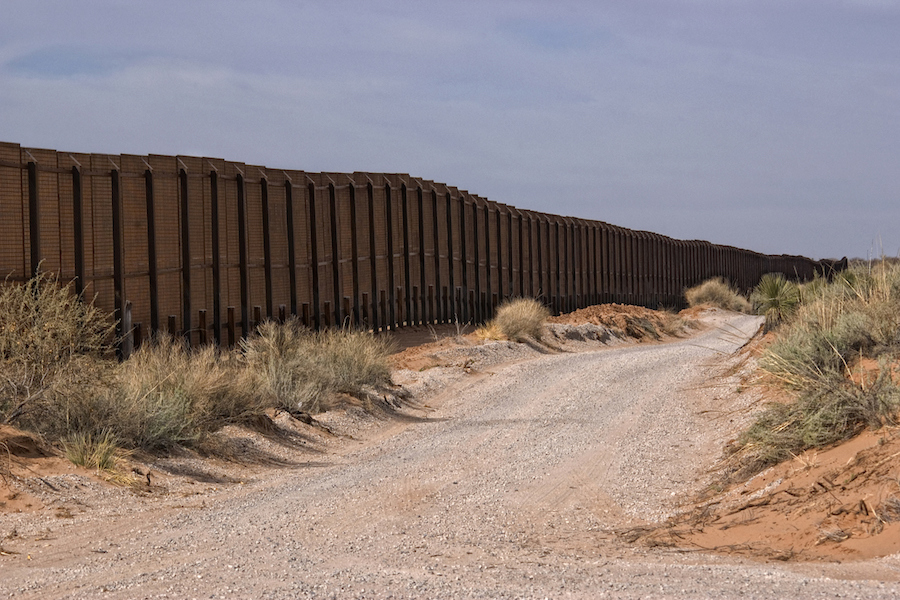 Cards Against Humanity has inserted itself and 150,000 of its fans between President Donald Trump and his stated desire to build a wall along the U.S.-Mexico border. | iStock photo of border fence between New Mexico and Chihuahua, Mexico, by ElFlacodelNorte

If President Donald Trump manages to actually build that wall along the U.S.-Mexico border he promised to erect, he will have to work his way past 150,000 American citizens and a bevy of lawyers first.

That’s because the Chicago comedians behind the popular game “Cards Against Humanity” bought a strip of land along that border and syndicated it to its fans.

The holiday promotion, dubbed “Cards Against Humanity Saves America,” offered 150,000 slots to customers who paid $15 per slot to receive “six America-saving surprises [delivered] right to your doorstep.” The first of those six surprises: An illustrated map of the land the company bought, a certificate of its promise to fight against the wall, some new game-playing cards, and most importantly, an ownership stake in a parcel of land surrounding the border, according to the promotion’s website. The promotion was announced this past Tuesday (Nov. 14th) and sold out on Wednesday.

Cards Against Humanity also said that it has retained a law firm that specializes in eminent domain cases to fight any government attempts to take the strip in order to prolong the process of building the wall.

This isn’t the first time the Cards writers have used land as a holiday promotional come-on, according to a Bisnow report on this latest purchase. In 2014, Cards Against Humanity bought Birch Island, a six-acre island in Maine, for $200,000, renamed it “Hawaii 2,” then sold 250,000 buyers “exclusive” rights to one square foot of the island. The company also ran a similar holiday promotion the following year, buying an Irish castle, renaming it, and offering buyers 15 minutes of dominion as “King of Castle Sensible.” And last year, the company took in $100,000 from buyers who paid to watch a live stream of a backhoe digging a huge hole somewhere in the United States.

The America-saving surprises will ship six times throughout December. Wonder what kind of land-office business they’ll do next holiday season?