HotSpot Rentals ran the numbers and put the Philly 'hood on its list of 25 Hottest Neighborhoods in America. 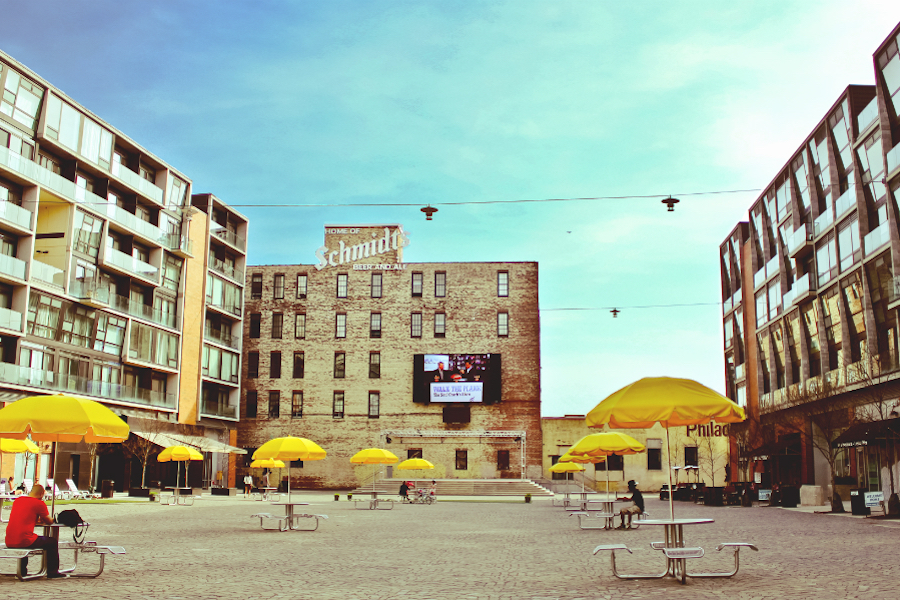 The college dorm the author wishes he lived in, one of the things that make NoLibs hot. | Photo: Justin Wolfe, licensed under CC-BY-2.0

Generally speaking, hotness and coolness are things you can’t easily quantify. What’s hot, or cool, to you might be boring to someone else, and they usually contain some of that ineffable quality that you can’t describe, but you know it when you see it.

But God love the folks at HotSpot Rentals, a website that helps match Chicagoans with their dream apartments. They did run the numbers on neighborhoods in a bunch of the nation’s largest and most popular cities to come up with a list of the “25 Hottest Neighborhoods in America.”

One Philadelphia neighborhood made it into this elite club: No. 18 Northern Liberties.

“We see lists all the time, especially related to travel and real estate, that declare the ‘top’ this and ‘best’ that, and we figured it would be fun to attempt something similar but ground it in numbers as much as possible,” says Ally Kern, outreach manager for Digital Third Coast, the Chicago digital marketing firm that did the number-crunching for HotSpot.

“It’s still hardly scientific, but the numbers are indeed something for us to point to as objective evidence. And frankly, it’s just fun to take a stab at quantifying what’s cool!”

So what is cool, anyway?

Apparently, it boils down to how much neat stuff there is to do within a short walk of your place, how easy it is to get around town from it without a car, and how easy it is for you to afford all of this. Oh, and whether you can stand going outside or not.

“Making your next move can be a daunting task, and putting in the time to really examine certain aspects of a neighborhood can lead to finding the perfect fit,” the HotSpotters wrote in their blog post announcing the list. So they collected a heap of numbers from several different sources: polling data on various aspects of life in the community, including budget figures, from Apartment List, Walk Scores and transit time data from Walk Score, and manual counts of restaurants, bars, outdoor events and entertainment venues culled from Time Out, TripAdvisor, Walk Score and Yelp. (“Yes, we literally counted them,” Kern says.)

Then they grouped the data into six categories: Walkability, Transit, Budget, Entertainment, Lifestyle and Weather. They assigned weights to the data to come up with category scores and then weighted the categories to come up with an overall figure on a scale of one to 100. (The blog post goes into a little more detail about the specific figures they included but contains no information on the weighting. But hey, they said this wasn’t scientific, so don’t ding them too hard for the missing rigor!)

Overall, Northern Liberties received a score of 85, enough to earn it the 18th spot on the list. Two other neighborhoods — Lower Westheimer in Houston and Minneapolis’ Lowry Hill East — received identical overall scores but were ranked 17th and 16th respectively. The five coolest neighborhoods in America, and their scores, were:

But why Northern Liberties? Yes, the neighborhood has lots of cool stuff in it, including the college dorm I wish I lived in, aka The Schmidt’s Commons. But there are several Philadelphia neighborhoods, like Old City, which look like they should score even higher than NoLibs.

“We knew a neighborhood from Philly needed to be on the list, to represent a full and fair sweep of the country and all its dearest cities,” says Kern. “From there we did preliminary research in various publications to see which neighborhoods in Philly were most talked about. Beyond that, the numbers do all the talking.”

It should perhaps come as no surprise that the top scores in that last category went to neighborhoods in Sunbelt cities like Atlanta, Los Angeles, Miami, Phoenix and San Diego. But Denver and San Francisco also got very high scores, and Philadelphia’s was only four points higher than Boston, whose winters are much rougher than ours.

“I think you’re right — the weather’s tougher up in Boston,” Kern said when I pointed this out to her. “But if Bostonians are used to it, they may have inadvertently ranked it less severe than Philly.”

See? Cool and hot are subjective as well as relative. But this list is still a relatively good guide to great places to live. Even if the hottest neighborhoods in America may not even be the hottest, or the coolest, in town.