A Home With Character(s) in Wyndmoor for $4.25M

Built for a local executive, "Ropsley" has had its share of colorful occupants and an interesting history. Its current owners have turned it into a showpiece that improves on the original design. 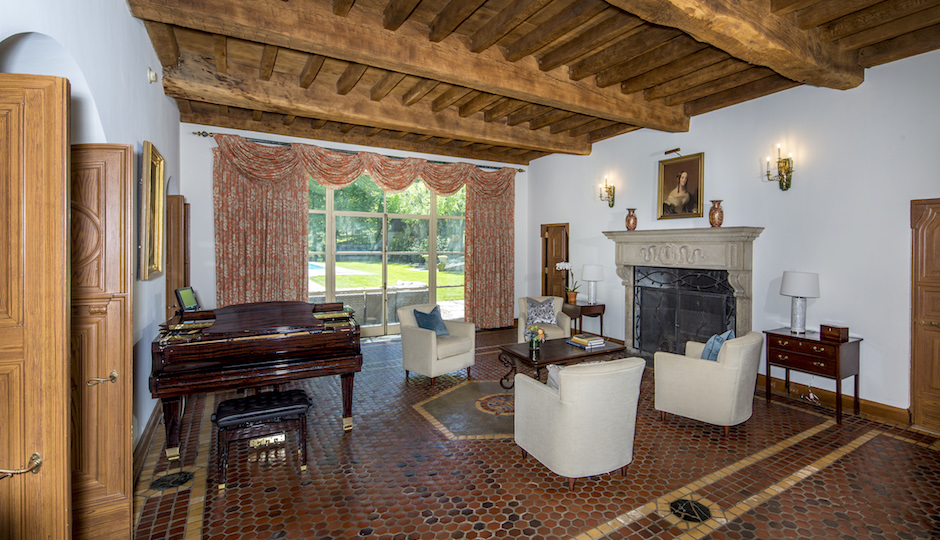 The homes that Philadelphia’s “new money” built in Cheltenham Township were generally built to impress, none more so than the over-the-top and still-on-the-market Lynnewood Hall. And there were some very famous names associated with these mansions: Elkins. Widener. Wanamaker. Curtis. Stetson. Stotesbury. Cooke. (Yes, railroad tycoon Jay Cooke built a home in the township.)

This picturesque estate in the Wyndmoor section is far less opulent than Lynnewood Hall, but it has an informal elegance that makes it no less impressive. It also has a couple of illustrious names associated with it: McIlhenny and Poe.

Known as “Ropsley,” this estate originated with the French/English country home at its center, built in 1916-17 by Sun Oil executive Francis S. McIlhenny, the son of a Georgia family that made its money running a gas utility. Designed by the prestigious Philadelphia firm of Mellor, Meigs and Howe, it was situated so as to make the most of its northward-sloping lot.

Over the years, the estate was expanded with the addition of a parterre facing southeast, a tool house, a belvedere and a swimming pool and changing house that were still under construction when McIlhenny died suddenly in 1927. His widow completed the work and subsequently married Edgar Allan Poe of Baltimore — the grand-nephew of the famous author.

Mrs. Poe occupied the home until 1972, after which it passed through a series of owners in the 1970s and 1980s, the last of which were moved to prison in 1990 after they were found guilty of embezzling some $18 million from the AIG insurance company.

It was two years after this happened that the current owners bought the property from AIG. Unfortunately, the owners who ended up surrendering Ropsley to the insurance company had made all kinds of inappropriate alterations to it. So the owners contracted with architect John Todd to remove the alterations and return the home to its original appearance.

More or less: the renovation included repurposing the old foyer as a living room and adding a new entrance rotunda and stair hall capped by a glass bay window.

The end result was to bring an early 20th-century fantasy back to life in the 21st. Vaulted ceilings, rich woodwork and decorative items such as Enfield tile give this home a great deal of character and originality, while a modern chef’s kitchen and updated bathrooms answer the demands of contemporary life.

This estate is a private retreat that’s also ideally suited to accommodate guests and relatives: it includes a second-floor in-law/au pair suite with two bedrooms, a hall bath and an eat-in kitchen, and on the third floor, there’s another suite with its own living area with kitchenette and laundry. Two cottages located on the four-acre estate can also accommodate visitors or tenants.

Ropsley is conveniently situated among some other prestigious neighbors — the Wharton Sinkler estate is next door — and close to both SEPTA Regional Rail and sophisticated shopping and dining in nearby Chestnut Hill.

(all figures for main home only) 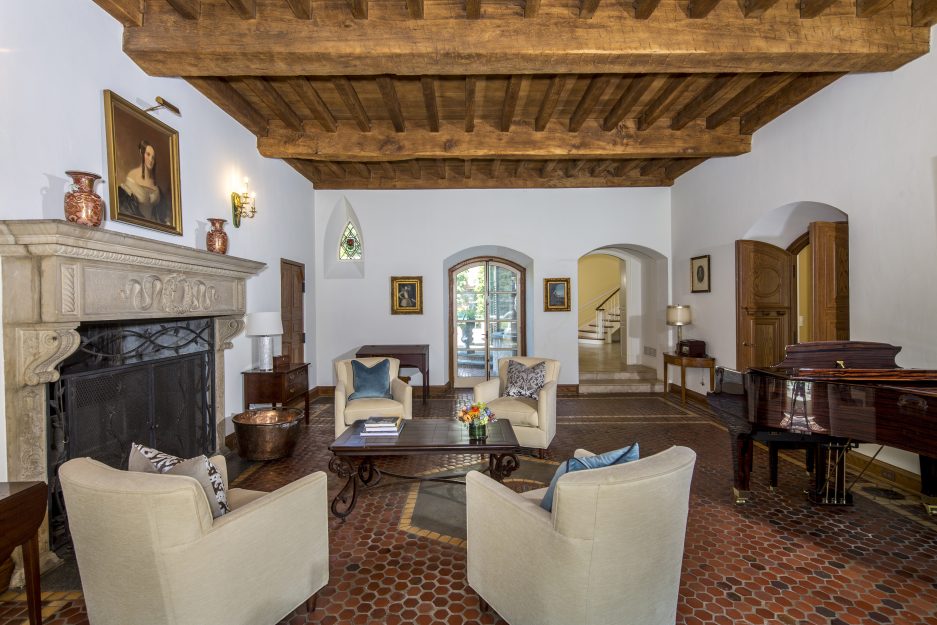 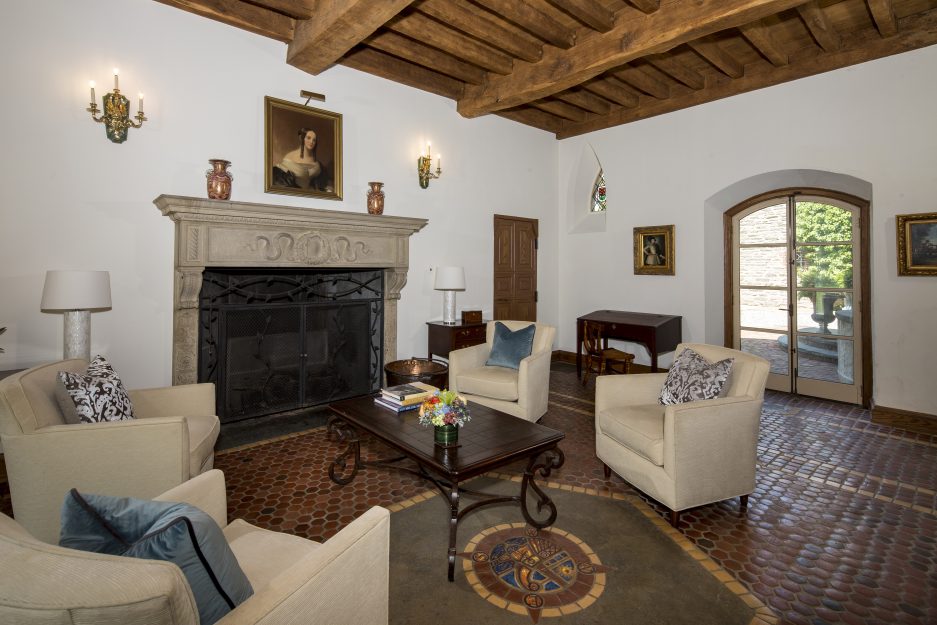 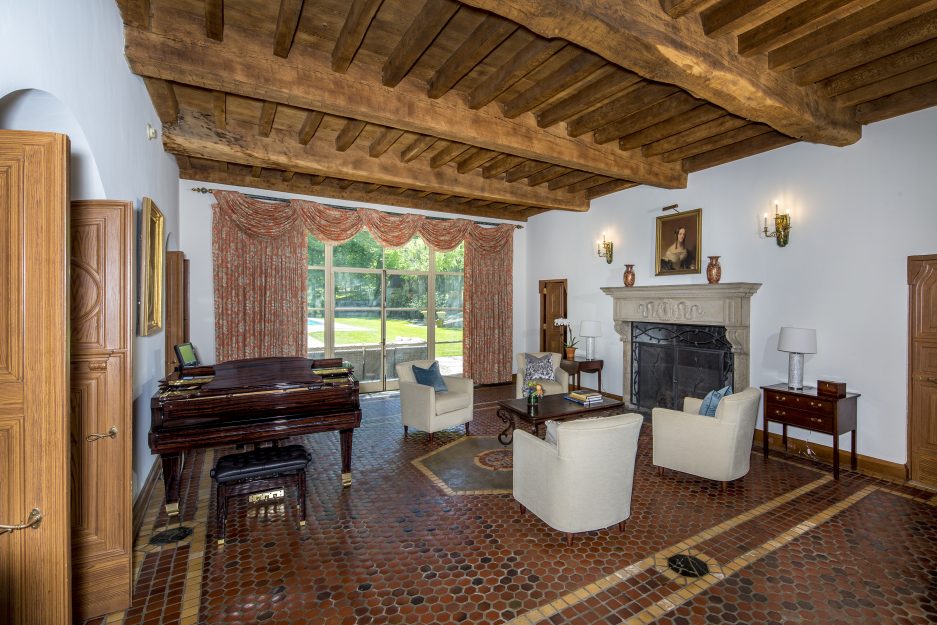 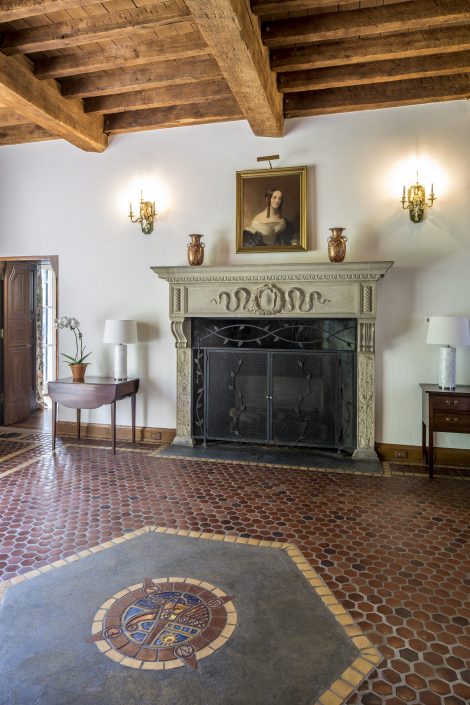 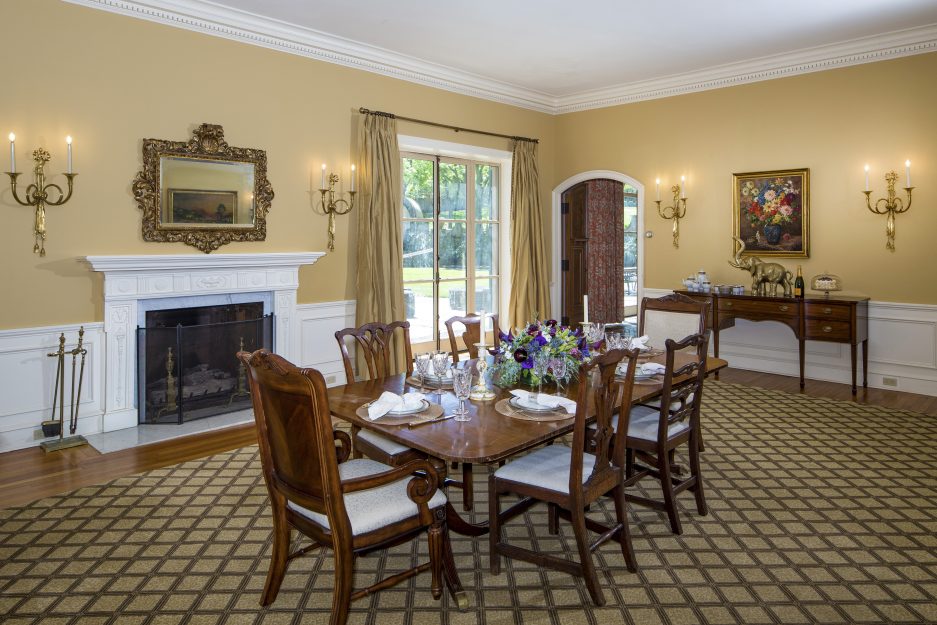 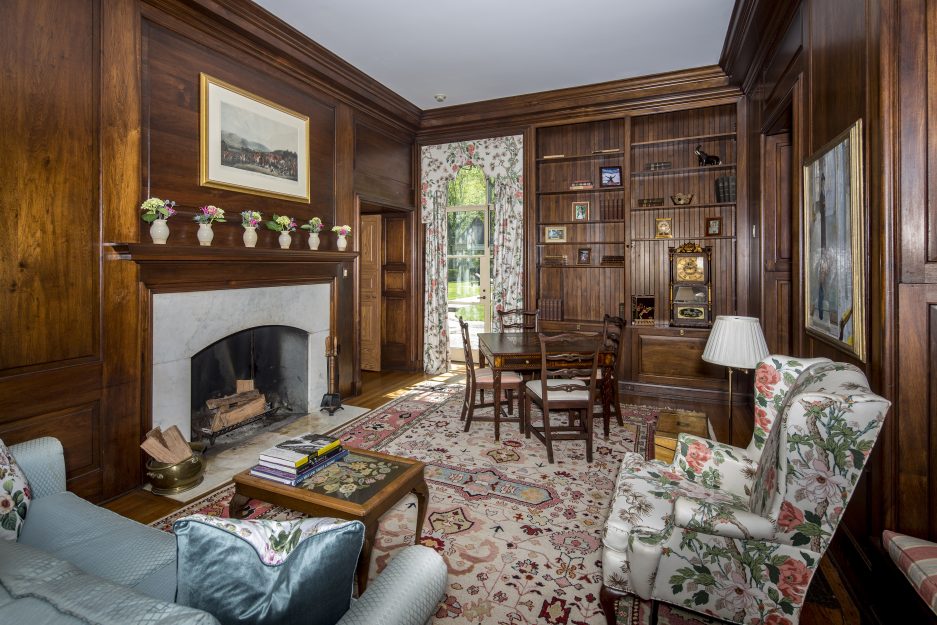 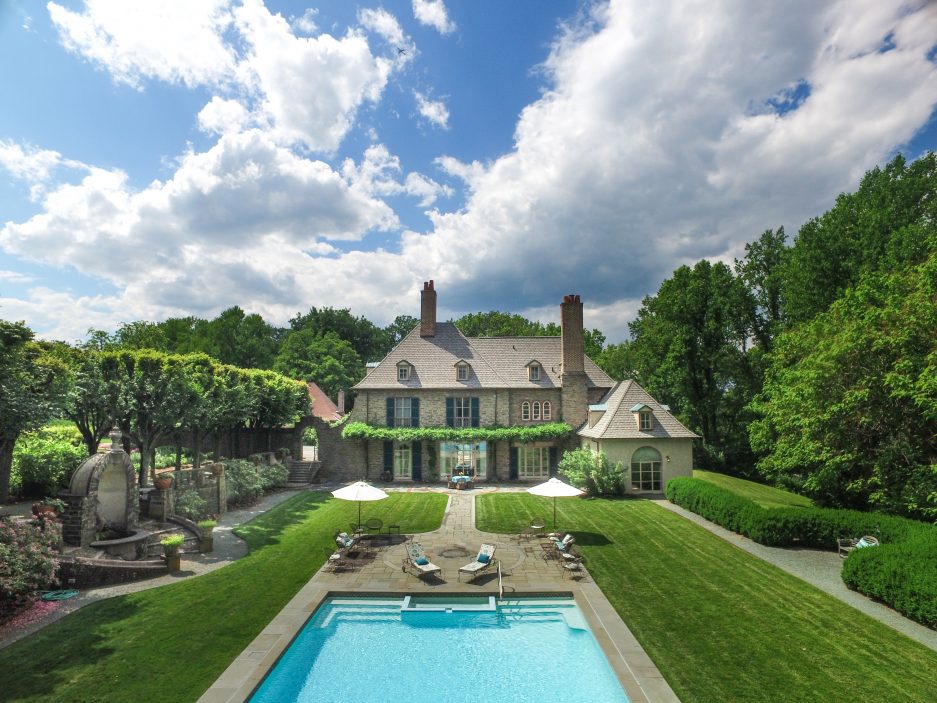 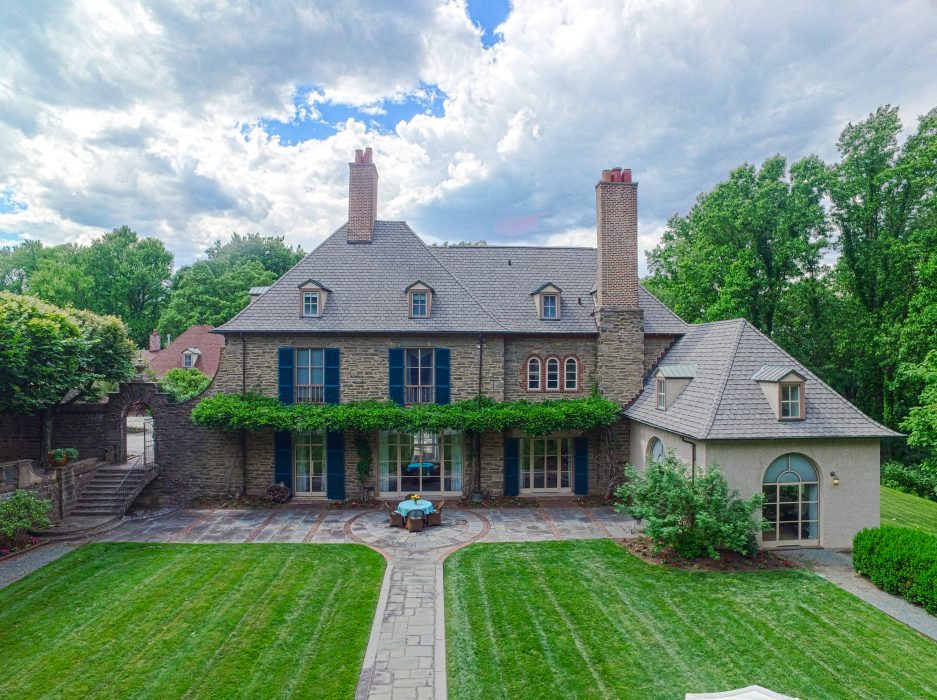 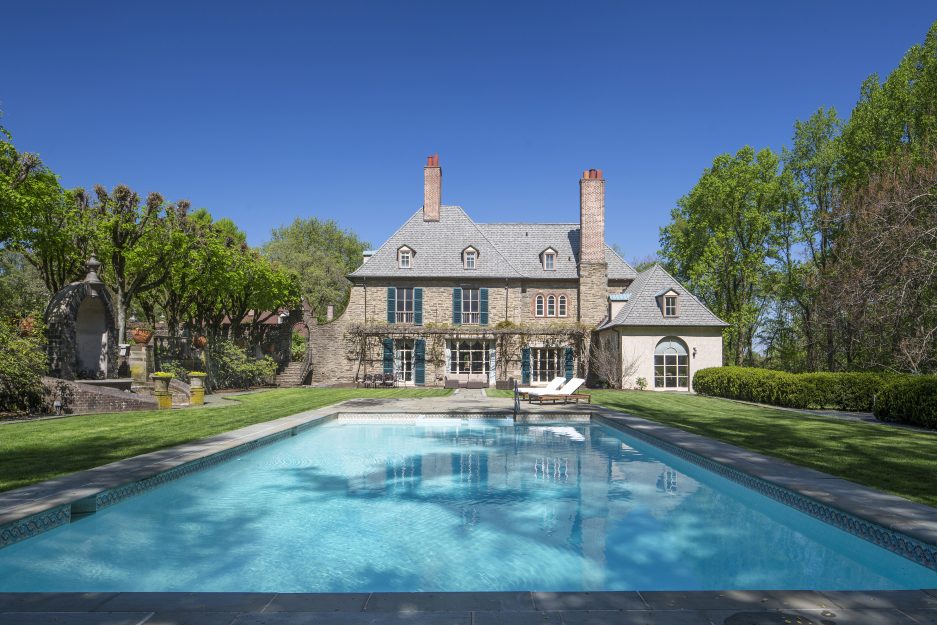 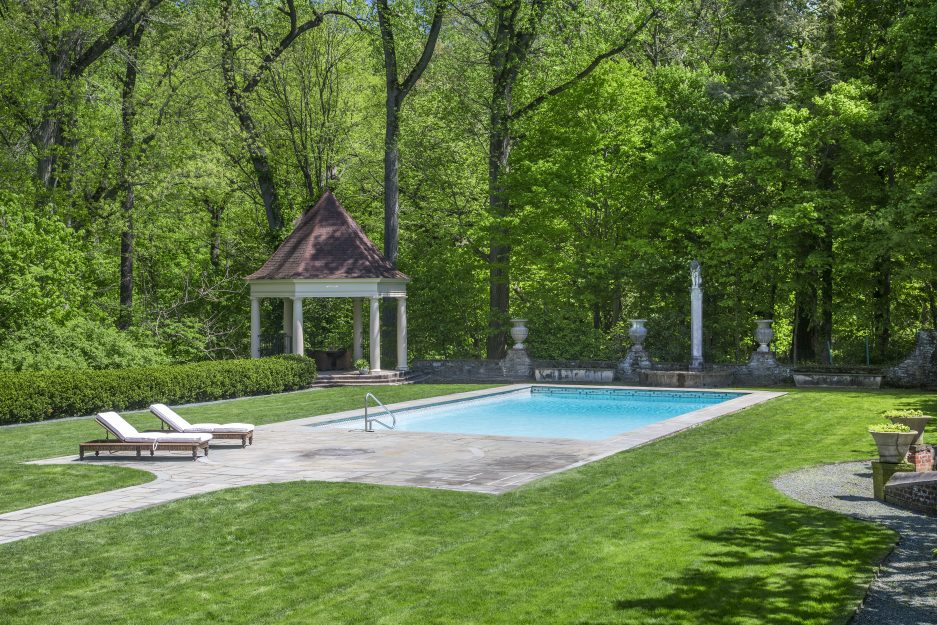 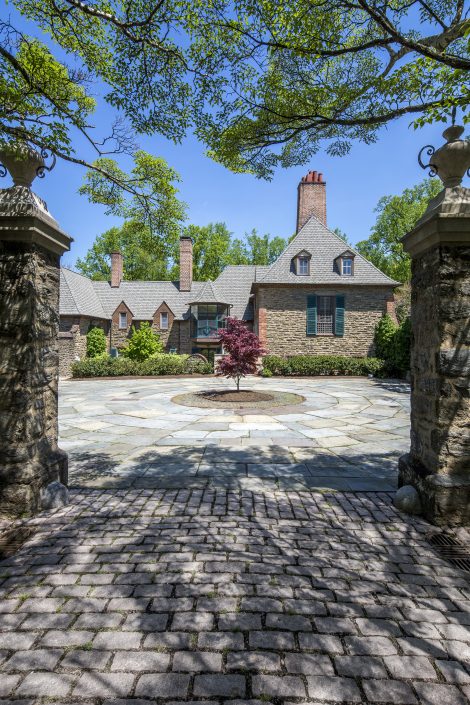 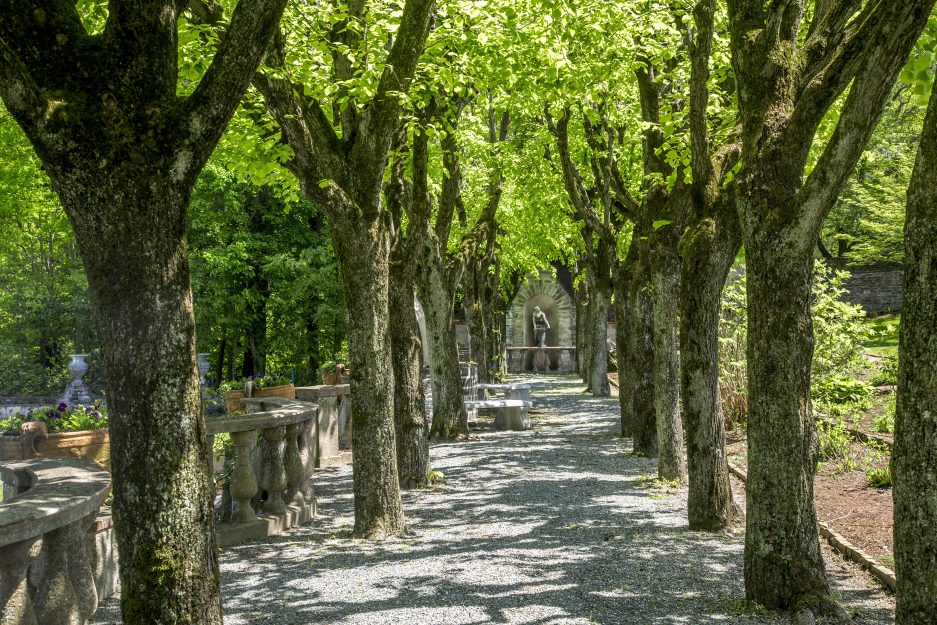 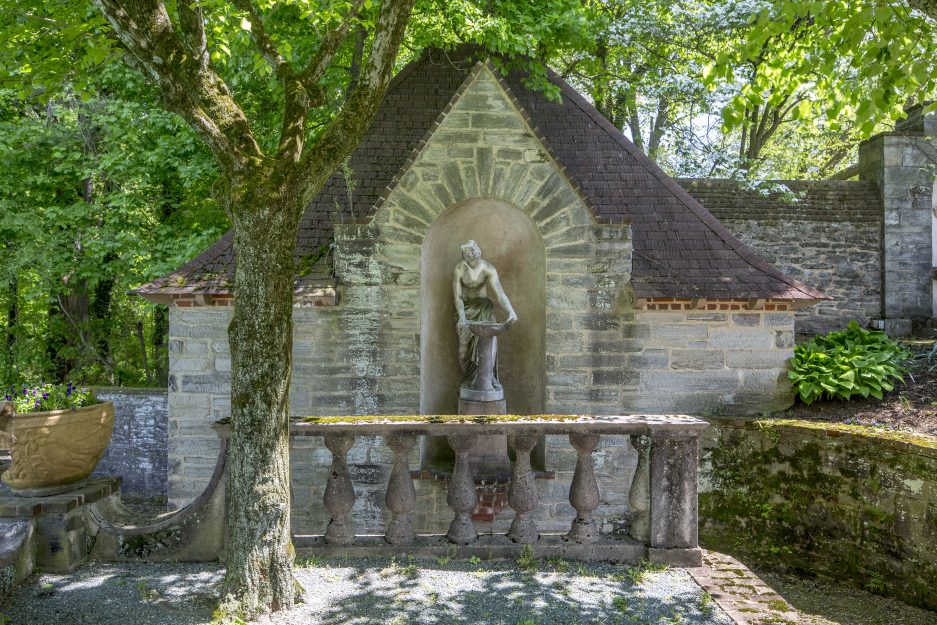 Fountain at end of Linden Alley 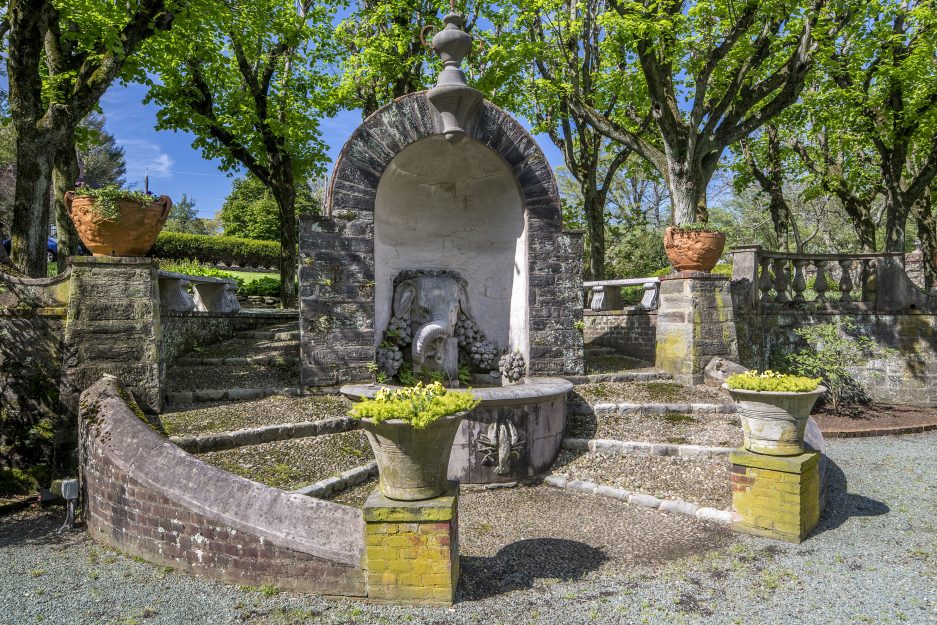 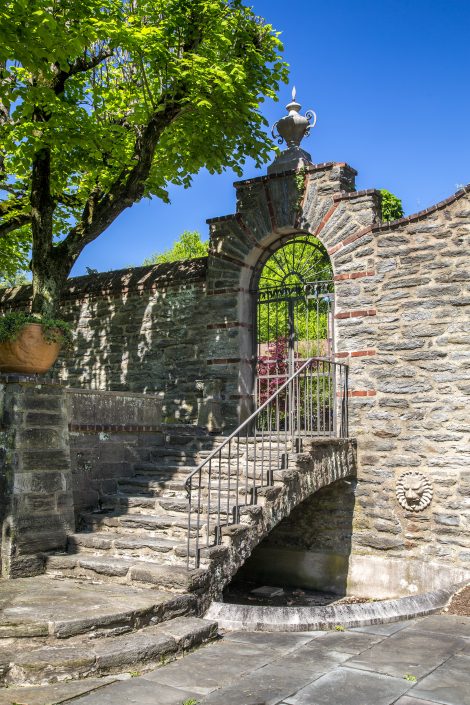 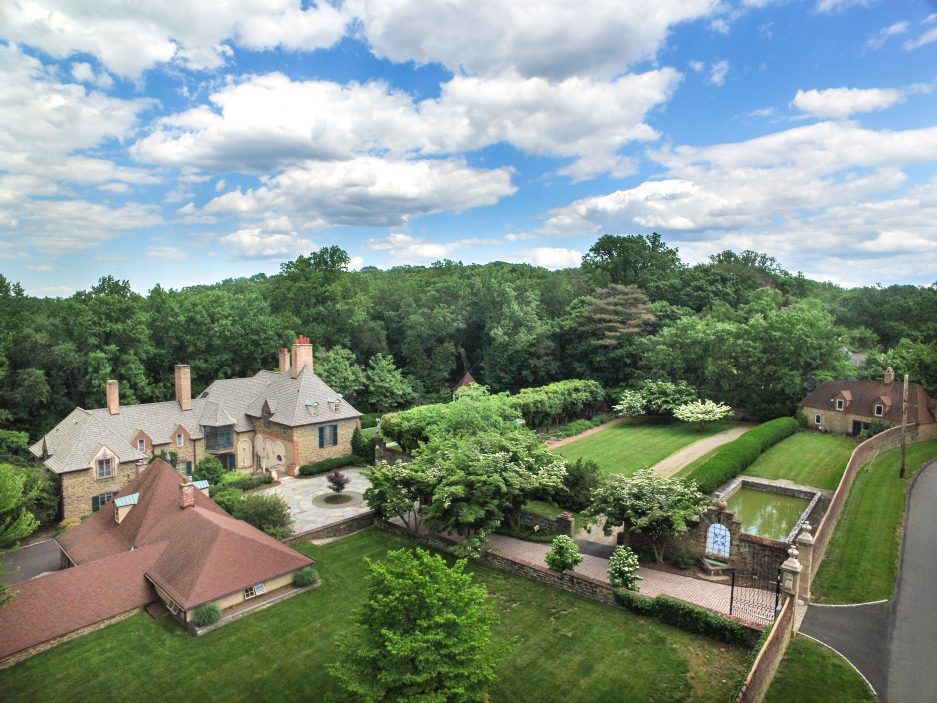 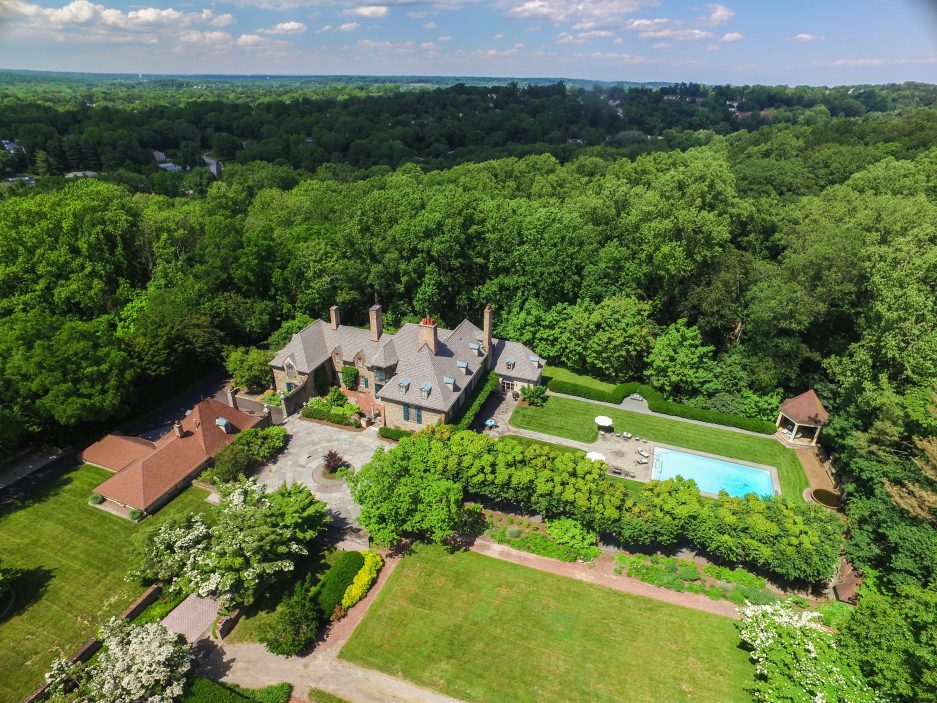