A New Window on Window Treatments

Allure Window Treatments' new showroom in Old City looks like a modern art gallery. The only difference is that the art hangs in your window. 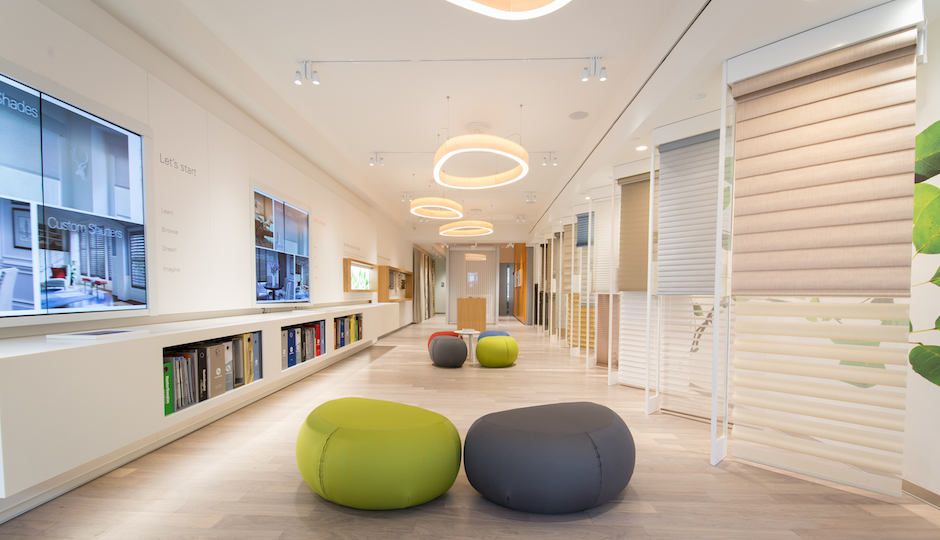 If your idea of what you can do with your windows is still limited to blinds, shades and drapes, you’re missing out on a world of possibilities.

The owners of Allure Window Treatments, a fixture on the Washington Avenue decor strip, have come to Old City’s design district to show you what you’re missing in a whole new way.

Allure’s new gallery is devoted exclusively to window treatments made by Hunter Douglas, a leading manufacturer of automated shades and blinds.

Almost. The “almost” part involves the curtains and fabrics. “Hunter Douglas does the hard treatments, we do the soft ones,” said co-owner Victor Agiv.

Agiv and business partner Roi Albo opened Allure’s first showroom on Washington Avenue in 2010 after Albo had been running a shop-at-home window design business. Both of them saw an opening in the local design market that they thought they could fill.

“All the competition in Philly was very traditional in terms of window treatments,” said Agiv. “[Albo] had a younger, more modern attitude and style.”

They were also slow to embrace home automation, another area Albo wanted to promote. “I wanted to start a company more based on design,” he said.

The two found an ideal partner in Hunter Douglas, whose products Allure has featured for several years now. 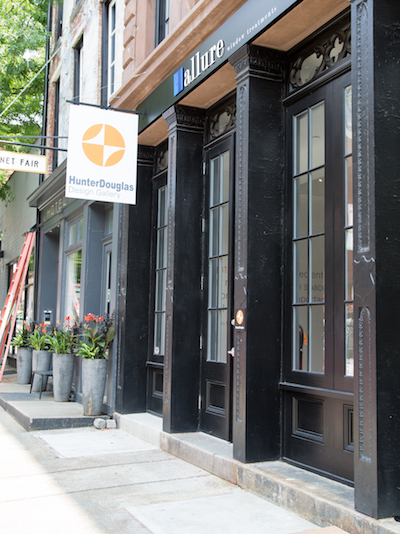 One of the things that appeal to Albo and Agiv about the company is their approach to window shade and blind design. “You can have complete room darkening or just privacy” with Hunter Douglas shades, Agiv said. “Some of their shades also have openness factors that let you know how many UV rays get in and how many are blocked.”

And with full integration with home automation systems, the shades and blinds can be programmed to open, partially open, or close in response to changing conditions and needs in each room. “You can schedule your shades so that if you want blackout for sleep but want to get up at 7 a.m., you can schedule them to open at 7 a.m.,” Albo said.

And in homes with many windows, automation saves time and effort. “Nobody wants to go operating 50 windows all over their home,” he added.

What else do Albo and Agiv like about Hunter Douglas shades and blinds? Several things, said Albo. “All Hunter Douglas products are engineered and tested to a level other manufacturers don’t reach, so that leads to a higher quality product. They test their products for safety for animals and children. They offer a lifetime warranty, which is awesome. They’re all made in the United States, which we love, and then there’s the product itself.”

Hunter Douglas entered into the partnership with Allure based on the company’s track record in selling Hunter Douglas products. “Hunter was impressed by our numbers and performance, and our showroom was different from the ones they [operated] on their own,” Albo said. “We showed we were able to outgrow other dealers in the country, and they wanted to figure out how [we did it],” Agiv added. “So they got together with us and created this sleek modern gallery.”

The minimalist space is designed by UnSpace, a New York architectural firm. Its white walls make the products the star of the show, and all the objects in the room, from the stools to the lights on the ceiling, take their design cues from the pebble-shaped remote controls for Hunter Douglas products. 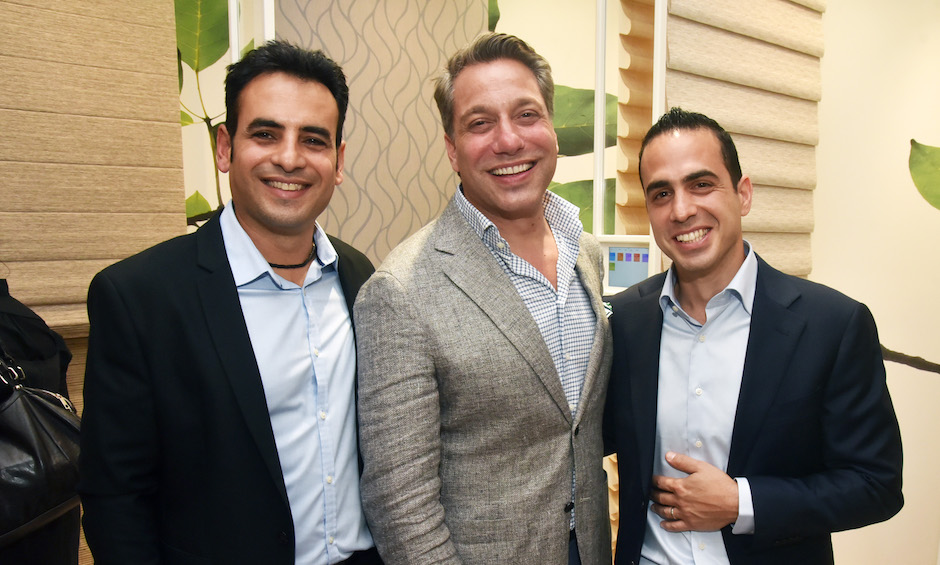 The partners had considered locating on Rittenhouse Row, but decided against it because “while it gets a lot of traffic, it doesn’t get the right kind of traffic,” said Albo. “Here in the furniture and design district we get the kind of customers we want.”

“It’s the first showroom of its kind for any window treatment provider,” Agiv said. “There’s nothing else like it out there.”