What’s Developing in Your Neighborhood? This New Form Lets You Find Out

The idea behind the new Project Information Form is to make it easier for everyone involved in the project review process to know exactly what's being proposed. 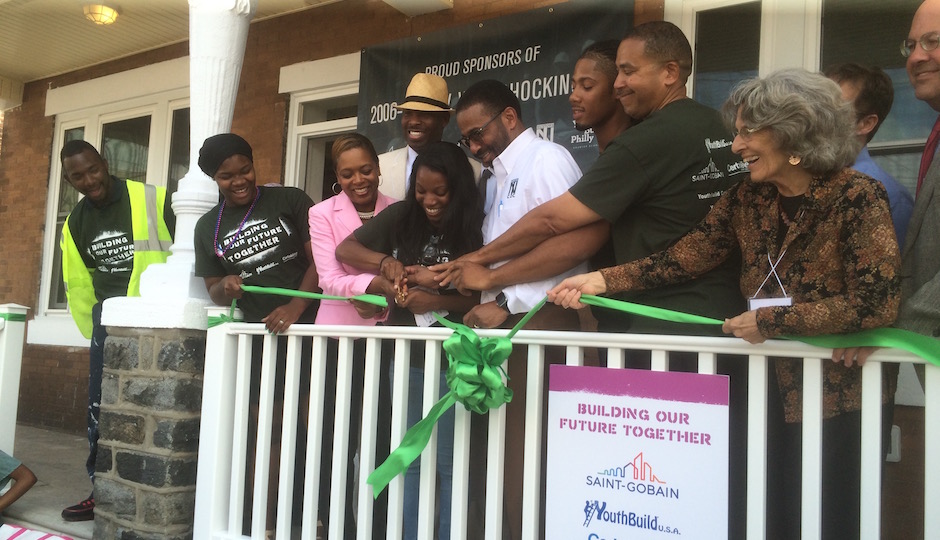 Even smaller projects like this residential rehab in Nicetown can have big impacts on their neighborhoods. While a project of this type would not have to complete it, a new Project Information Form aims to get accurate information about the impact of new construction into residents’ hands. | Photo: Sandy Smith

The whole point of the 2012 zoning code overhaul was to make it easier for builders and developers to build and develop in Philadelphia by making more projects by right. But there was a secondary goal as well: to make sure that if a project needed to go through review, everyone with a stake in the outcome — not only the builder and developer but also the neighbors and the larger community — got to provide knowledgeable feedback on the merits and demerits.

As it’s turned out, that’s worked out about as well as could be expected at the Civic Design Review level, which all large projects must go through. But there’s also the neighborhood review level, required before any project that requires a variance goes before the Zoning Board of Adjustment.

And here, some neighborhoods had more and better knowledge than others. A new law introduced by Councilwoman Cherelle Parker (D-9th District) and passed by City Council May 19 aims to correct that imbalance.

The law requires anyone proposing a project with 2,500 square feet or more of interior space that will require action by the Zoning Board of Adjustment, Civic Design Review or City Council to complete a “Project Information Form” that spells out the impact the project will have on a neighborhood both from a land-use and an economic-impact perspective. A draft form created by Parker contains questions about changes in square footage, commercial space or housing units; impact on parking; any bonuses being sought under the zoning code, and whether the project is part of city programs promoting a number of goals such as affordable housing and economic opportunity, plus other special reporting requirements.

Developers are also asked to describe any improvements to the streetscape that might be included and any transportation or environmental impacts. Finally, the form asks for as much information as the developer can provide on the type and quality of jobs being created during and after construction and any community engagement elements the project might have.

“Right now, there is no standard operating procedure” for informing the public about development projects and their anticipated impacts, Parker said. “If you go to the swankier communities in the city, their Registered Community Organization might happen to have a lawyer, an architect and an engineer, so when it comes time to review a project, they have the resources to do it.

“Meanwhile, in a middle neighborhood, people are working and don’t have the time to inform themselves.”

Parker added that these publicly available forms will help developers in getting their projects off the ground as well. “I’ve heard from developers that nothing frustrates them more than getting started with a project, and they’re ready to go through the community engagement process and there’s all this misinformation about the project going around.”

Single-family, duplex or triplex residential projects will also be exempt from filling out this form, which developers can amend if and as their project changes. The information on the form is not to be used by any city agency reviewing a project, and the developer is not responsible for circulating or distributing the form — that will be the city’s job; the legislation requires the city to post the forms on its website and submit an annual report tallying all the forms filed, broken down by council district.

To ensure the forms are submitted, no project requiring city review or action may go before any of the review bodies or City Council unless a form has been submitted first.

“It injects a significant amount of transparency in the process,” Parker said of the form.