Narberth Church to Fall, Apartments to Take Its Place

The oldest house of worship in the borough, vacant for years, will be demolished to make way for a 20-unit apartment complex. 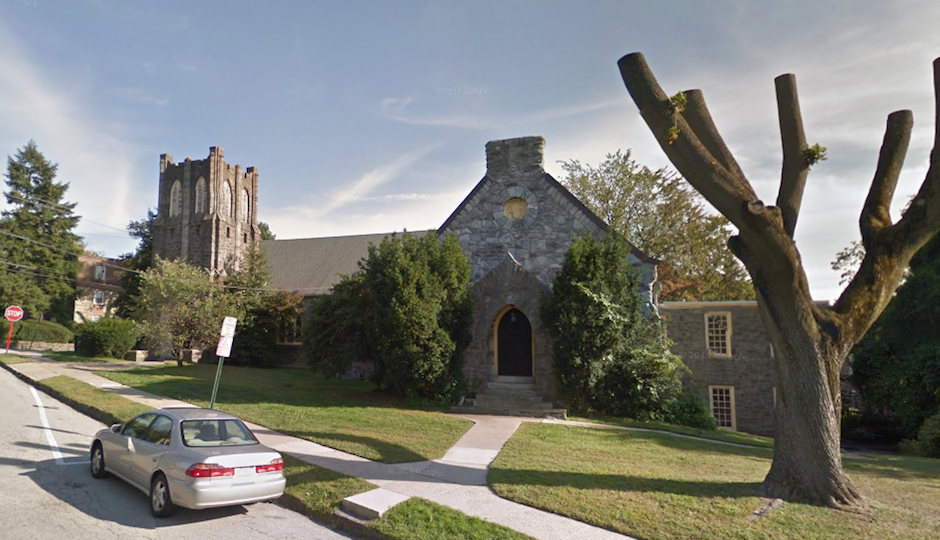 It would be inaccurate to say that Narberth Borough officials are thrilled at the prospect, but the Borough Council did vote 5-1 on May 17th to okay owner Jason Gordon’s plan to demolish the vacant Baptist Church of the Evangel at 198 Elmwood Ave. and build a 20-unit apartment building on its site.

In fact, as Main Line Media News reports, it might be more accurate to say that the council voted to approve the project in spite of itself. The vote to approve came after the borough’s planning commission recommended the project be rejected.

The path to this sad pass began last summer, when borough Mayor Tom Grady vetoed a 4-3 council vote to approve an ordinance that would have allowed the church to be converted into a mixed-use structure that would have combined apartments with office space for Gordon’s forensic audit business. (This Philadelphia Business Journal story has the details on that earlier vote.)

The original plan raised concerns about the intrusion of commercial uses into a residential neighborhood — the church sits on the residential opposite side of the tracks from Narberth Regional Rail station — and parking. The original demolish-and-replace proposal called for an 18-unit structure with one parking space per unit, but changes in Narberth’s zoning code allowed Gordon to tack on two more apartments, both studios, without adding more parking. Five of the apartments in the building will be studios, and the new zoning ordinance requires only one-half parking space per unit for apartments with 550 or fewer square feet of space.

The planning commission’s main objection was to the appearance of the building’s east facade, which faces South Narberth Avenue. There, Gordon had planned to put an exterior area for trash handling, the source of the objection. Gordon agreed to consider flipping the design or moving the trash handling area inside the building and making the street entrance more closely resemble a secondary building entrance.

Several attendees at the council meeting remarked that this project represented the first test of Narberth’s new form-based zoning code. With the vote to approve, only approval of a final plan is required in order for the project to proceed.

The Baptist Church of the Evangel was erected in 1891, four years before Narberth was incorporated as a borough.