How Philly Can Avoid a Skyline of Bland, Boxy High-Rises

Starchitect Cecil Baker weighs in on the city's new era of architecture. 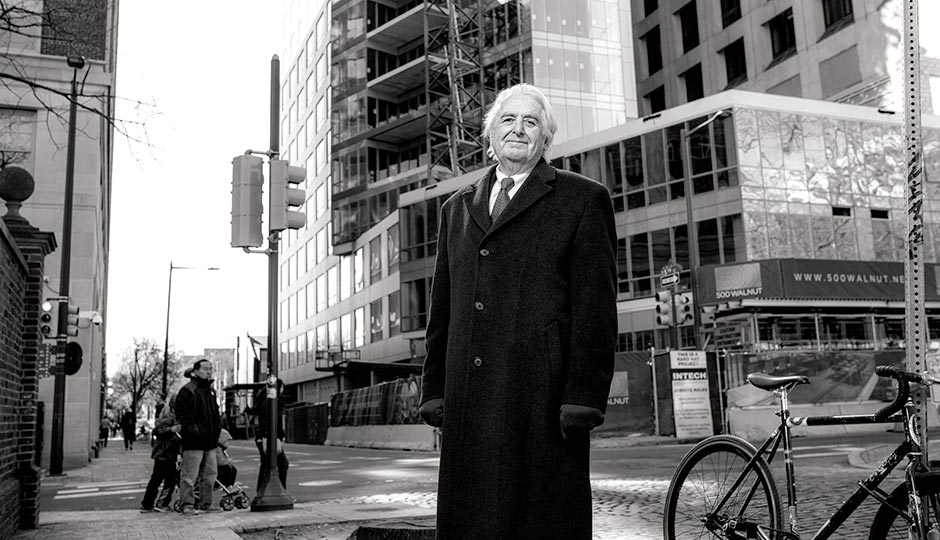 As one of the city’s most accomplished architects, Cecil Baker has set the pace for modern living spaces for 35 years. (He’s the brains behind the Western Union Building, 500 Walnut, Inglis Gardens and One Riverside, to name a few.) And as a member of the city’s four-year-old Civic Design Review panel, he also holds sway over future design.

He’s not shy about voicing his opinion, either: When one garden-variety apartment building dotted with ubiquitous square bay windows came before the panel, he fired off a quip about its “SpongeBob SquareBays.” He offers similar insight here into the state of modern architecture in Philly — what we could have, why we don’t have it, and the architects who can give it to us.

What do you consider the main problem with today’s projects?

So many jobs have a sameness to them that I attribute to what I call a paper-thin architecture. It’s an architecture of surfaces, materials that look like they are applied like wallpaper. In many cases they’re applied without reference to their settings, to what Philadelphia is.

Why do the more expensive projects look better?

Part of the difference comes from the change of the composition of the population of our city. Developers are starting to hear from people who have been to every corner of the world, and they see things they want, and that’s starting to change the market in Philadelphia.

So why aren’t more builders doing the same?

Developers are a little like lemmings. They’re following each other down these same paths, and they’re not willing to set themselves apart and go after that [more sophisticated] market. There are a few people willing to go there. Look at Tom Scannapieco before he built [luxury condo building] 1706 Rittenhouse. People were laughing at him, saying he wouldn’t be able to sell a product like that in Philadelphia. But he did, and now other developers are edging in on his success.

Are there architects in this city that you think could design good buildings for the rest of us?

Interface Studio Architects uses many of the same materials found in cheaper construction, but they use them in ways that are honest to the expression of the material. Also, Erdy McHenry, DIGSAU, Tim McDonald [Onion Flats]. MGA Partners, Qb3 Design — they do some very nice housing. Philadelphia has a very rich variety of good architects.

Published as “Modern Malaise” in the May 2017 issue of Philadelphia magazine.