Tea and a House Tour in Overbrook Farms May 7

The proud residents of the Main Line's birthplace open their doors to everyone during a May 7 open house tour. 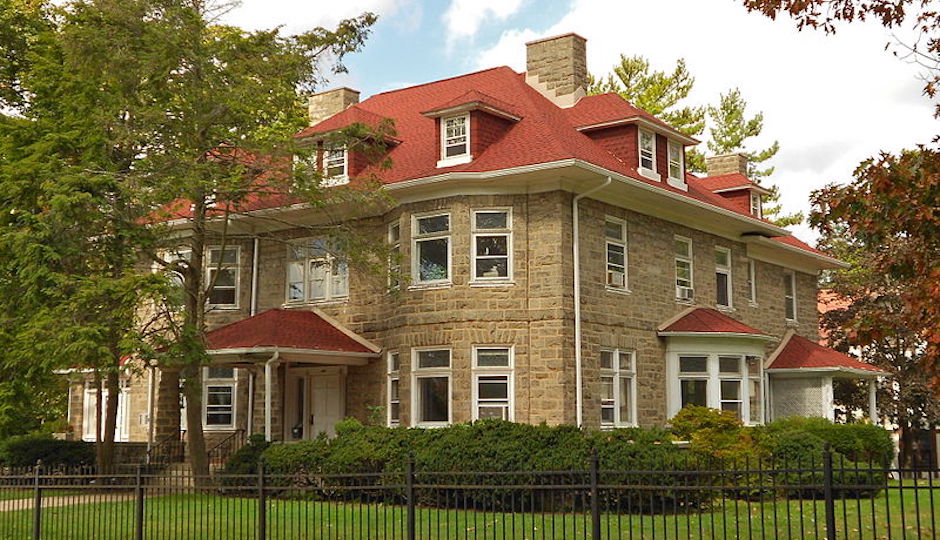 Where the Main Line got its start: Historic Overbrook Farms opens itself up to you on its annual house tour May 7. | Photo by Smallbones via Wikimedia Commons, licensed under CC-BY-SA 3.0

The Main Line actually begins on the Philadelphia side of the city line,in the historic neighborhood known as Overbrook Farms. And on May 7, you can see how the birthplace of the Main Line is faring now on the Overbrook Farms Club’s annual House Tour and Tea.

Laid out in 1892 as a residential suburb for the well-to-do, Overbrook Farms attracted some of the city’s most successful industrialists, businessmen and politicians from its outset. Its huge architect-designed homes remain hot properties to this day, and the neighborhood’s status as a National Register historic district means its character will likewise be preserved for the future.

Preserving for the future is what the homeowners who open their doors to visitors May 7 are also engaged in. Overbrook Farms is a living neighborhood, and as such, change is a constant, though it takes place in the neighborhood’s historic context. That means all the interesting stuff’s going on inside, and this tour gives you an inside view.

One of the highlights of this year’s edition of the tour is the model home and sales office next to the train station. Another is a home that won a grand prize for “Best Whole House Remodel” from “This Old House.” And there’s the chance to tour the African Episcopal Church of St. Thomas on Lancaster Avenue just off 63rd. Founded by Absalom Jones in 1792, it is the oldest African-American Episcopal church in the country; its current Overbrook Farms home is the church’s fifth.

The tour starts at 1 p.m. on Sunday, May 7th, at the Overbrook train station, City Avenue and Drexel Road. Tickets are $30 in advance and $35 on the day of the tour. Advance tickets can be purchased online at the Overbrook Farms Club website.