Not only has it increased the amount of money flowing into city coffers, it has given a boost to the production of workforce housing. 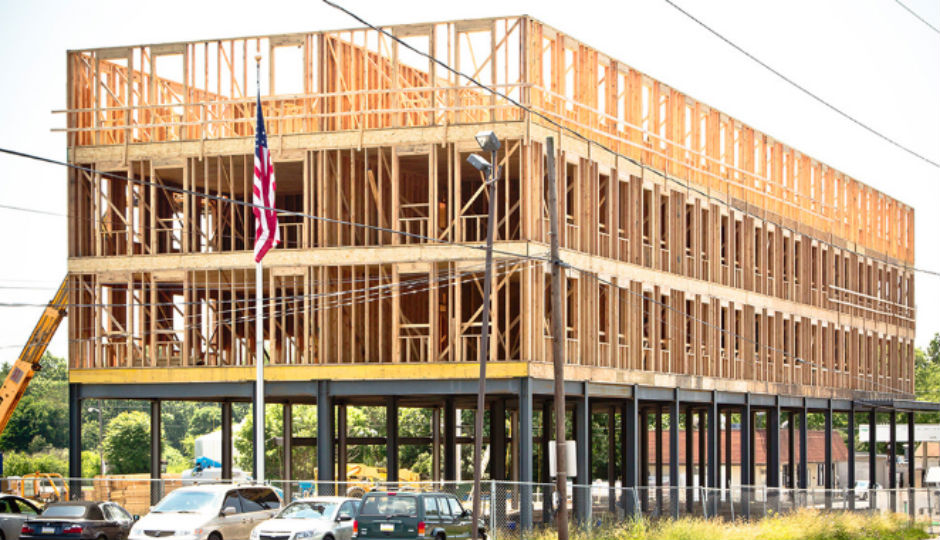 The 10-year tax abatement program has led to an explosion of new housing in the city, much of it at the lower end of the market, a BIA study finds. And when the abatements expire, the city’s balance sheet will be better off for it.

Consider the 10-year property tax abatements on new construction and rehabilitation a down payment on a future gusher in revenue for the city thanks to the huge jump in construction activity it has triggered, argues a study released in late March by the Building Industry Association of Philadelphia.

The abatement, which freezes property taxes on improvements to commercial and residential property in the city for 10 years from completion, has completely reversed the trendlines for new construction activity in the city compared to its suburbs, states the BIA report, “Philadelphia’s 10-Year Property Tax Abatement” (PDF). Since its implementation in 2000, new home building in the city has increased by 376 percent, while in the suburbs, it has fallen 11.25 percent on average across the four collar counties.

That means a future flood of revenues into city coffers. Already, properties whose abatements have expired are contributing an additional $48.1 million annually to the city and School District treasuries. By the time abatements expire on all properties currently abated in 2026, that figure will have grown by an additional $169.4 million.

What’s more, the report notes that, contrary to opinions held in some quarters, most of the properties that have been built as a result of the abatements have been in the lower half of the market. More than two-thirds — 67 percent — of the properties under abatement have assessed values of less than $400,000, and 25 percent of the total number qualify as “workforce housing” based on their assessed values and neighborhood incomes.

Those aren’t the only benefits the abatement program delivers, says Leo Addimando, BIA treasurer and co-founder and managing partner of Alterra Property Group.

In fact, he says, the abatements have a positive effect on the city’s revenue stream even before they expire because they apply only to the improvements.

“What the city has done lately is increase the value of the land underlying the abated properties,” he says. “They now take 10 to 30 percent of the total value of the property and assign it to the underlying land.” (This shift in the ratio of land value to improvement value applies to all land citywide, not just abated property.) While this has produced tales of sticker shock when owners of tax-abated homes get tax bills in the thousands instead of in the hundreds, the shift from improvements to land will ultimately benefit the owners in the long run as well because the value of their improvements will result in less of a jump in their tax bills once the abatements expire.

Not to mention that the shift produces even greater revenue flows for more valuable commercial land in the center of the city. “Let’s say you have a property where the land is assessed at $20 million,” he says, “and you now assess it at $40 million. That’s tens of millions of dollars in added revenue, and that’s not reflected in our paper.”

This isn’t the only immediate benefit to the city treasury either, Addimando says. “There are so many second- and third-order derivative effects. Increased wage taxes is one. There’s increased use and occupancy taxes from the business operating in those new spaces, and those are also tied to property assessments.”

And even while the increased construction has increased the stress on the School District budget thanks to increased demand for decent public schools — “there are now pockets of the city where, instead of closing schools, there’s talk of reopening some because of the increased number of children in the area,” Addimando says — the increased revenue to the schools, which get 55 percent of city property taxes, offsets that. “Every year over the next ten years, there will be a multimillion-dollar increase in revenue to the school district from properties coming off tax abatements, most of which would not have been built were it not for the tax abatement.”

That’s especially true at the lower end of the local market, says Kevin Gillen, senior research fellow at Drexel University’s Lindy Center for Urban Innovation, a member of BIA’s board of directors and author of the BIA study.

“A very small percentage [of the tax-abated properties] were expensive condos,” he says. “I hear that this was a giveaway to millionaire condo owners in Rittenhouse Square, when they were only five percent of all abated properties in the city.

“It’s also been criticized for not doing enough for affordable housing. It could do more, but it’s definitely not ignoring it.”

It can be argued that the effect on construction at the lower end of the market is actually greater because of this city’s high construction costs. “The tax abatement makes projects that otherwise wouldn’t pencil out work,” Gillen says. “That’s why it’s so critical for Philadelphia, because the gap between what it costs to build and what properties will rent or sell for may be the biggest in the United States.

“We are No. 4 when it comes to cost of construction, behind New York, San Francisco and Boston and tied with Chicago. Consider how much construction costs in those cities, then think about how much developers can sell or rent those properties for there. The tax abatement helps bridge that gap here.”

And it more than likely accounts for all of the reversal in construction trend lines in city vs. suburbs. “We had an explosion from near zero [new construction activity in the city] in just the first year after it was enacted,” Gillen says. “Meanwhile, activity has declined in the suburbs. So if it’s not the abatement, it must be something.”

And that something, he suggests, can’t simply be explained by the increased desirability of city living: “Another criticism of the abatement is that a lot of this development would have happened anyway. That’s fair enough, but in order to prove it, I would need figures on every construction project in the city to find out its budget versus what it would sell or rent for.”

And the benefits will only grow more in the coming years, for there are still new properties under construction and on the drawing boards. Gillen estimates that these could produce anywhere from $70 to $200 million more a year in revenue by the time their abatements expire.