Fishtown Church Will Live On As Live/Work Space

Even though the Historical Commission rejected its nomination for the city's historic register, the former Fifth Reformed Dutch Church will be preserved thanks to a local tattoo artist. 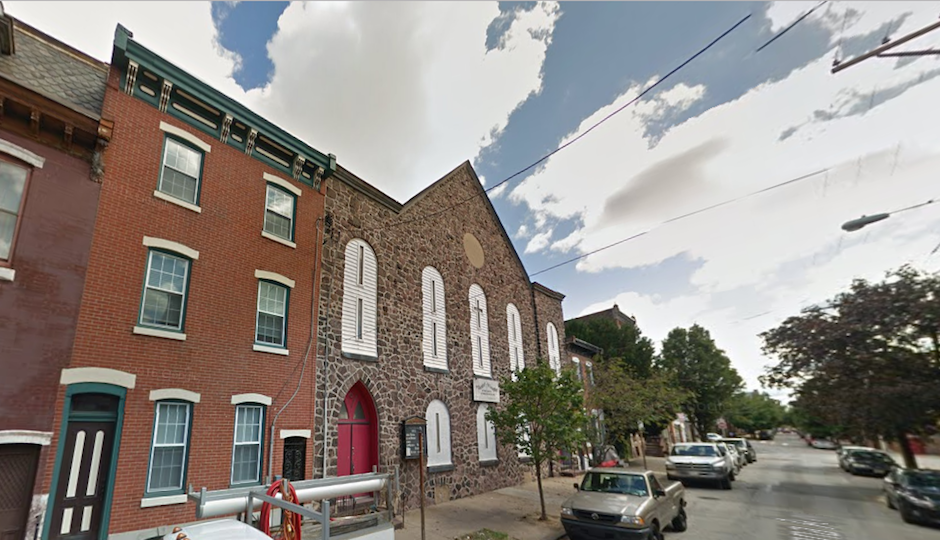 The Church of the Living Word on Susquehanna Avenue in Fishtown will be born again as a live/work space. | Google Street View image

Preservation activist Oscar Beisert’s petition to add the Church of the Living Word in Fishtown, which began life as the Fifth Reformed Dutch Church, to the city’s historical register may have failed last fall, but he will have another chance to add it thanks to a savvy tattoo artist.

Plan Philly reports that the Fishtown Neighbors Association enthusiastically backed True Hand owner Mike Ski’s requests for variances he will need to turn the church into a combined residence and studio at its monthly meeting last Tuesday night. Ski is purchasing the home from the Church of the Living Word and needs a variance because its zoning forbids mixed uses. He also needs a special exception in order to perform “body art service” in the building.

Ski got the backing by assuaging the neighbors’ two biggest fears: that the property would become a multifamily residence and that it would make on-street parking more difficult.

Ski testified that all of his studio’s employees either lived in the neighborhood or got to work by means other than driving.

He told Plan Philly that the only significant alteration he would make to the structure was to return its windows to their original sizes, a move that should improve its chances before the Historical Commission when Beisert returns with a new nomination.

And he will. The commission rejected the first one because it focused more on the people who made the church what it was than on the significance of the building itself. Besides, he told Plan Philly, there’s no guarantee that in the future, the building won’t pass into the hands of a developer who’d rather demolish it.

The Zoning Board of Adjustment granted Ski his variances yesterday (Wednesday, March 8).