On the Drawing Board: Living XXL in Franklintown

NOVO Philly brings supersized luxury into the heart of the city. The nearly square lots allow for more inventive design by one of the city's best modern architects. 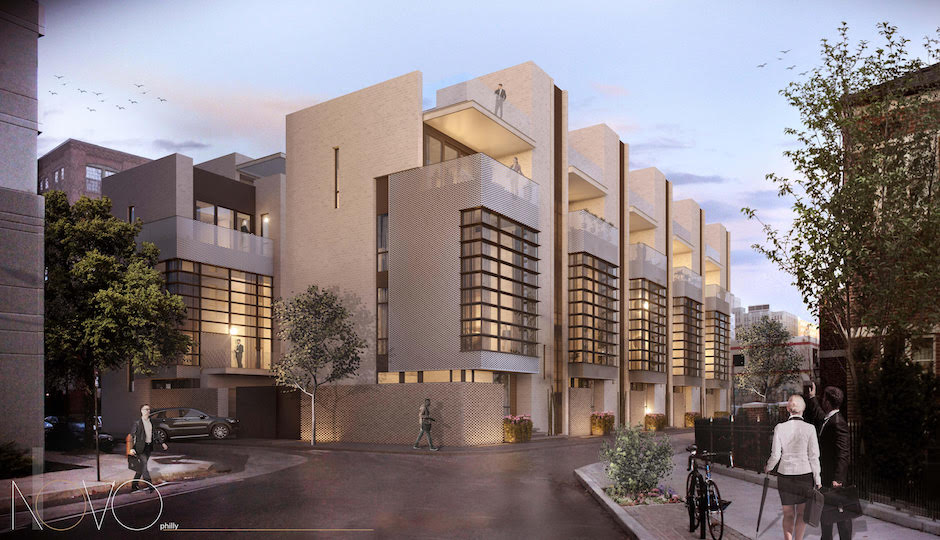 From the architect who brought you 7inSPIRE and a good chunk of Northern Liberties comes something huge: 10 luxurious, light-filled townhomes just off Logan Square, right across from the Latter-day Saints’ meetinghouse, temple and apartment tower.

The project is called NOVO Philly, and its architect, Shimi Zakin, has upped his usual stylish game with these homes.

Like 7inSPIRE, NOVO is designed to relate to its site and neighborhood.“When we design a property in Northern Liberties, it has to be different from one on Delancey Street in Rittenhouse Square, and similarly, when you design one in Old City, it has to look different too,” Zakin said. This project in Logan Square will occupy the lot at the northeast corner of 17th and Wood streets that had housed a two-story office building that faced the meetinghouse across Wood Street.

The ten four-story homes with roof decks combine brick, metal mesh screens and dramatic two-story-high windows with wooden dividers that give them a Neo-Decoish touch that complements the homes’ starkly modern design.

They’re also unusual for Philadelphia townhomes for their nearly square footprints. “These are different from other developments in Philadelphia, which have 20- by 50-foot deep homes, so light doesn’t travel inside,” Zakin said. “Here we came up with the concept of almost square homes, 28 feet wide by 38 feet deep.” That’s about twice the street frontage of a traditional Philly row home, and the shallower depth allows light from those huge windows to penetrate deeper into the home.

“It also allows for three bedrooms on the third floor” instead of the typical two, he continued. “And if you don’t get the third bedroom, you have a sunny sitting room on the south side.”

And because the Mormon meetinghouse is itself a low-rise two-story structure, the homes facing south will enjoy views of the Center City skyline that will never be obstructed.

For this project, as with his earlier luxury developments, Zakin is both the designer and the builder, with Atrium doing the drafting and A2Z Development handling the construction. “That’s the only way we can control the details,” he said.

The end goal is to produce homes that look exactly like they appear in the architect’s renderings. The design-build approach also ensures that the homes are built with the best materials. “I admire contemporary architecture but don’t like temporary architecture,” Zakin said. “I don’t want to use the cheap materials used around the city. I want to use a new higher level of finishes in these homes.”

He added that he also sought to “break the rules we created with 7inSPIRE’s amenities.” The roof decks, for instance, have masonry pilot houses and raised wood platforms with partial covers and outdoor kitchens. They’re one of three outdoor spaces in each of the homes, which also have three-car garages and elevators.

“The fact that it’s next to the 676 on-ramp also means there’s easy access to the freeways,” he said. “You won’t have to battle with traffic on Pine or Lombard streets.”

“We chose Logan Square for its charm and character in the heart of arts and culture. The development is also walking distance from the central business district, all forms of public transportation and immediate access to major vehicular interchanges,” said Victor Agiv, Zakin’s business partner and principal of A2Z, said in a news release.

The homes at NOVO Philly range in size from 5,100 to 5,800 square feet and will be priced from $2.5 million. Groundbreaking is set for April; the first homes should be finished about a year later, and the entire development will be complete by spring 2019. 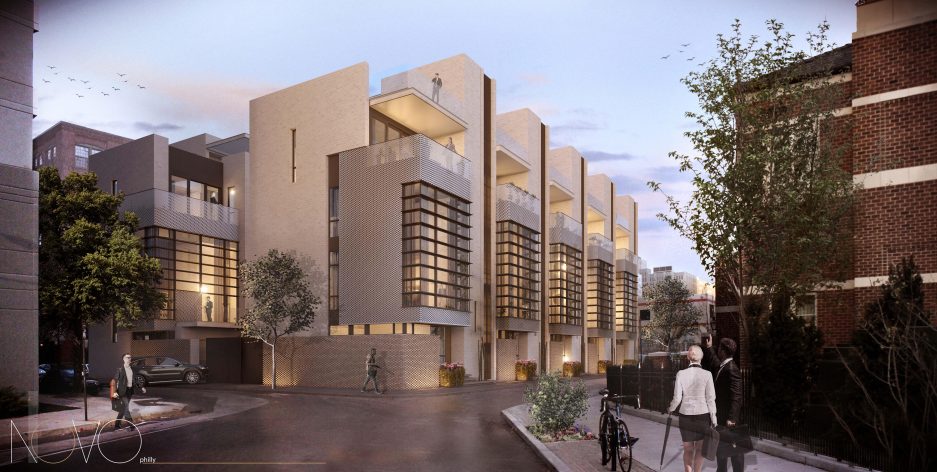 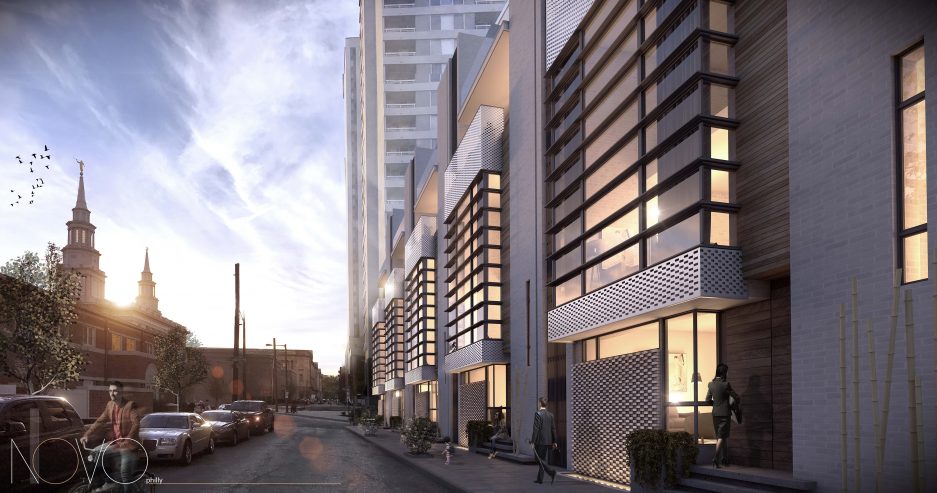 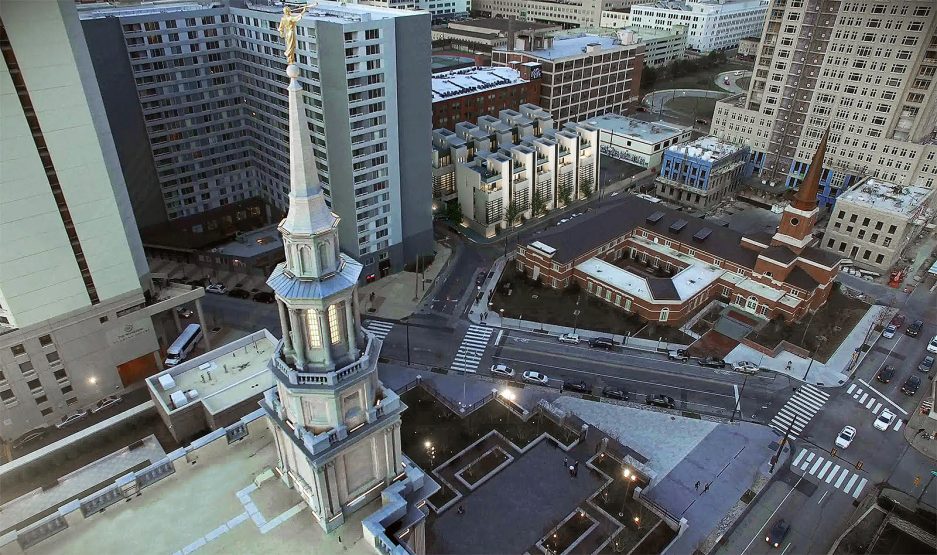 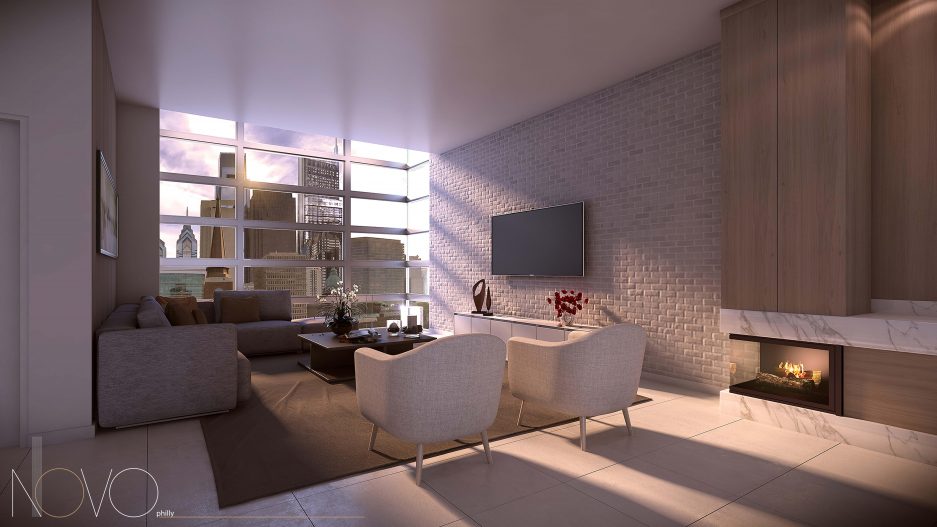 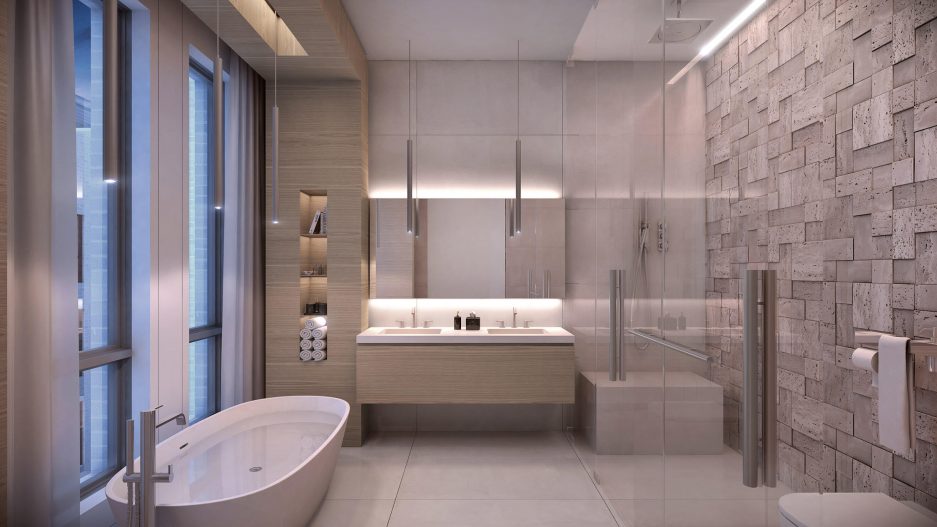 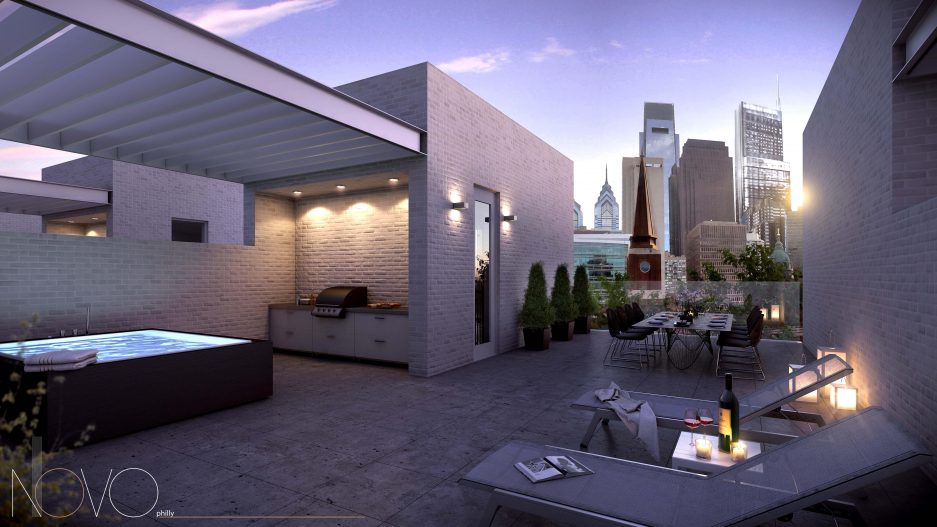 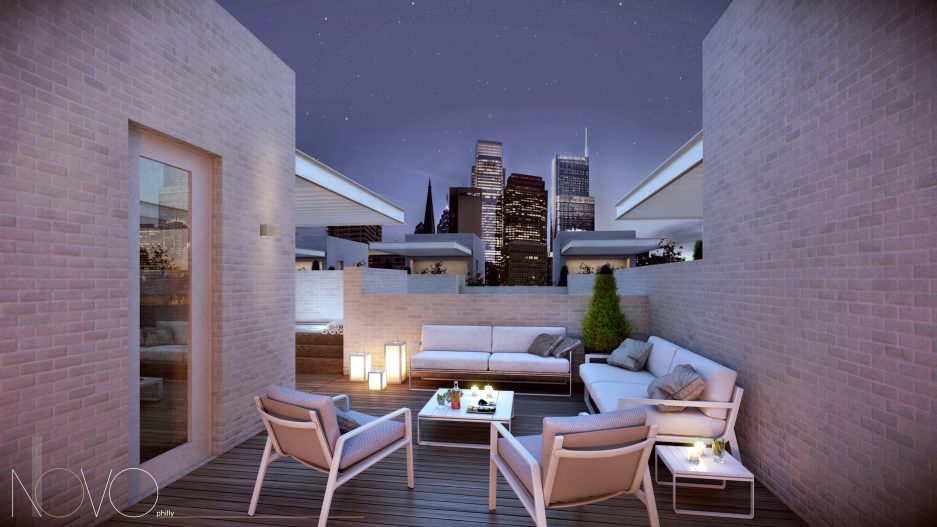