The agency promoting Bishop Square is putting this new development in Fishtown. But its success suggests that the neighborhood closer to Lehigh Avenue may no longer need to ride on its coattails. I’ve gotten lots of pitches from real estate agents and others that lead me to ask, “What’s in a name?”

The answer, it appears, is, “Tens of thousands of dollars.”

Buyers are far more willing to pay top dollar for a property in a neighborhood they perceive to be desirable than in one that may also be on the rise but they know little about.

And so it is that The Somers Team touts its new, six-unit residential development, Bishop Square, as a hot property in Fishtown.

A hot property it is, and it’s a stylish new addition to a block that could use a little modern flair. But while the buyers of the homes at the corner of Collins and Cumberland streets may also live in the 19125 zip code and just half a block off Frankford Avenue, many would take issue with the notion that they live in Fishtown.

But no matter, at least as far as the sales prospects for these homes now under construction are concerned, for as Stephanie Somers notes, this part of 19125 has taken off.

“Currently, Bishop Square is one of the most influential developments in the 19125,” she said in response to written questions from Property. “This project and others in the area are changing the entire landscape of Collins Street, which really needed a little love. It breathes life into the whole community! This and other amazing architectural projects in the area are pioneers in this section, and are helping to drive commercial and cultural development further North along Frankford Ave. I’ve written about the trend in my blog piece, Opportunity Zone: North of Lehigh Ave.”

Bishop Square likewise commands a higher price than a similar property would in Port Richmond right now, but that’s also because it’s built at a higher level, with upper-end fixtures and finishes and handsome exteriors that mix earth-toned brick and beige metal panels, the work of Fishtown-based KJO Architecture’s Kevin O’Neill.

Developer and general contractor Eric Fox said, “I’ve been working on development projects in the neighborhood for over ten years. Looking back, it’s amazing how the neighborhood has changed.  There’s a great level of creative energy here and I’m excited to be a part of the evolution.”

The project’s name is actually an homage to the church that once sat on its site, but it also conjured up images of chess in the Somerses’ minds, and the six homes’ names set up the board: Bishop at the corner, Knight and Rook on Cumberland, and Pawn, King and Queen on Collins.

And the chess metaphor doesn’t stop there; it even informs how the homes are being marketed. “For many people, purchasing a house is one of the largest investments they will ever make, so it’s important for this decision to be a strategic one in terms of location and the potential to accrue value,” said Somers Team Creative Director Elizabeth Flynn. “Bishop Square is nestled in the heart of the Fishtown Revival, just steps from some of Philadelphia’s hottest cultural and recreational destinations. Homeowners who make the move to invest here are not only getting a beautiful property but they’re also joining a bustling community that’s bound to grow and prosper for years to come.”

The interior shots below show you what to expect should you be in the market for an upscale home in a happening neighborhood, and the exterior renderings show what the whole project will look like when completed. The Rook, at 2125 E. Cumberland, is already finished and under contract, but as the sale won’t close until Jan. 27th, you can still take a look at it if you’re interested before then. Its next-door neighbor, the Knight, at 2123, is nearly complete and available for walkthroughs. The Bishop, on the corner, should be finished within three to four months, and the three homes on Collins — the Queen (already under contract) at 2507, the King at 2509, and the Pawn at 2511 — should be done this summer.

Bishop Square, Inside and Out 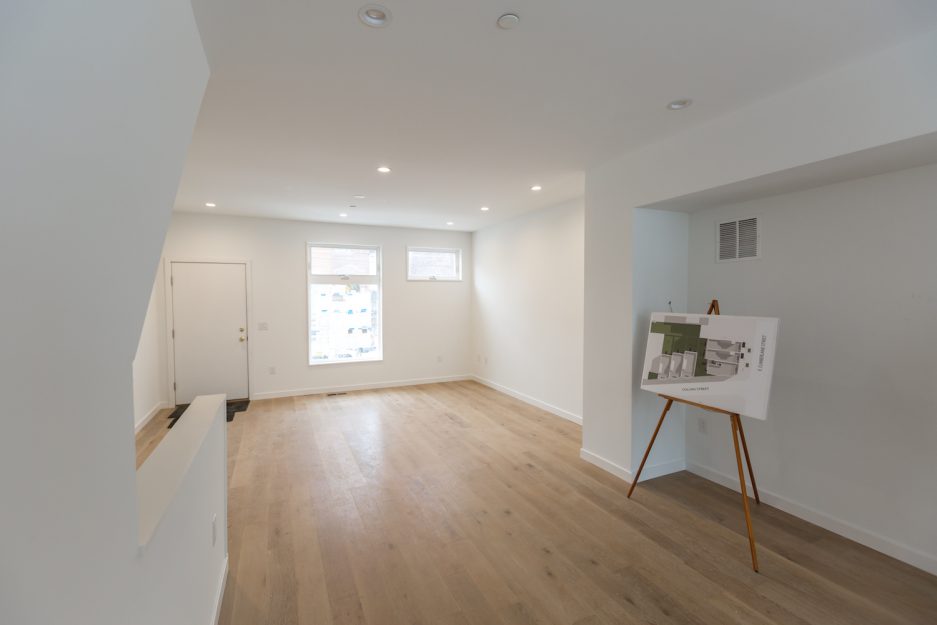 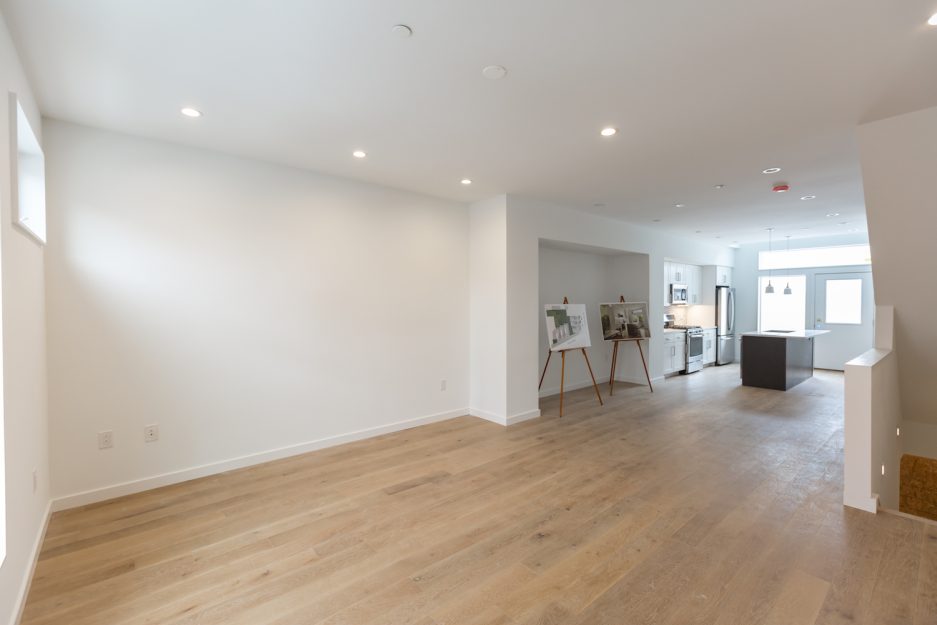 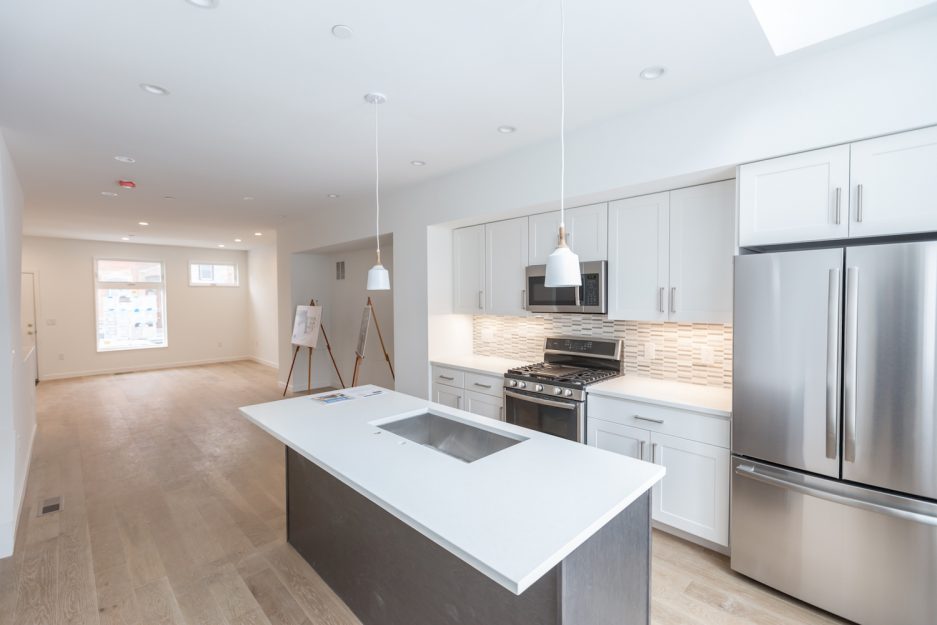 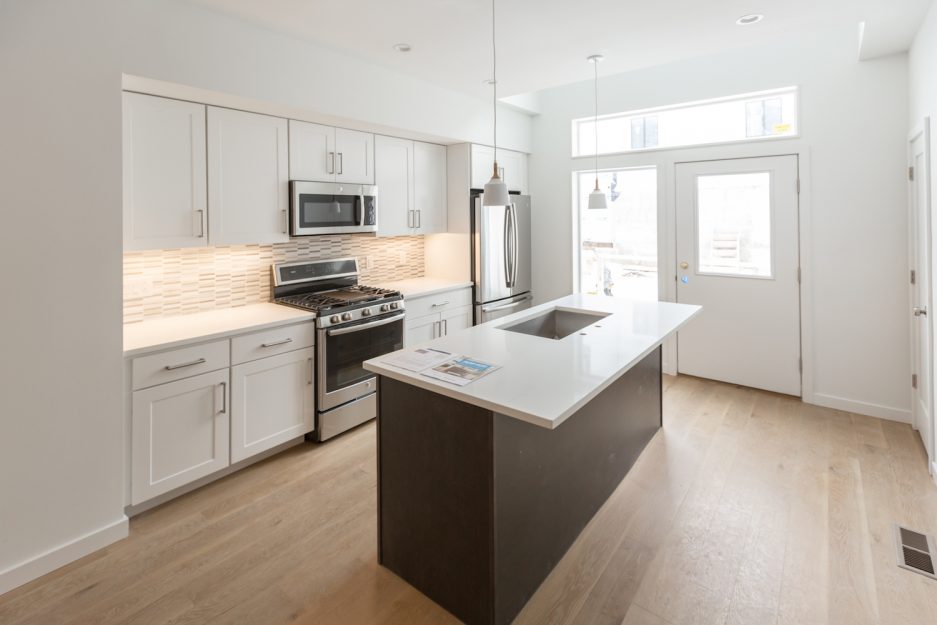 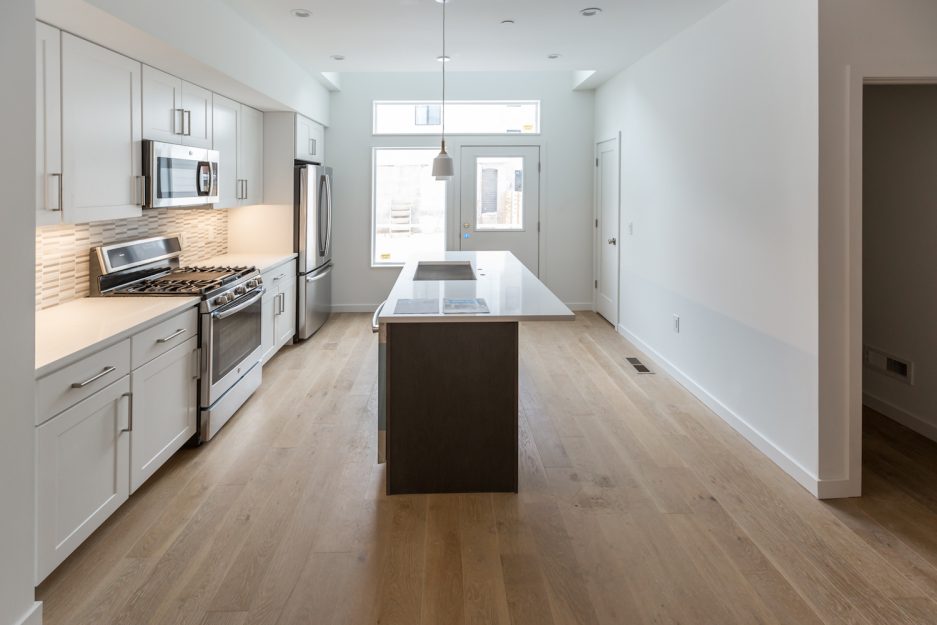 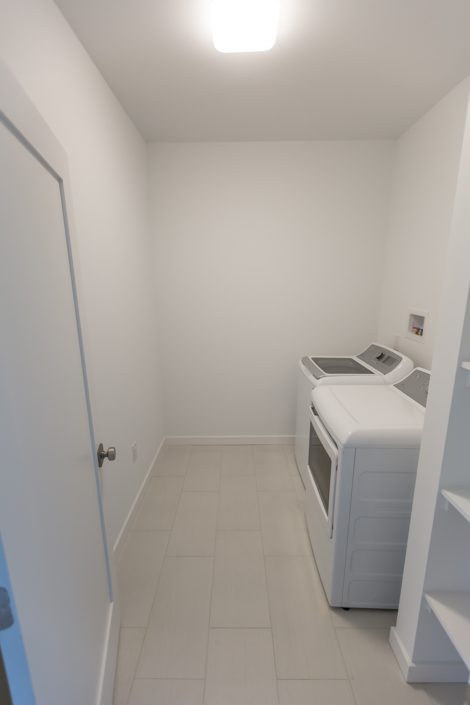 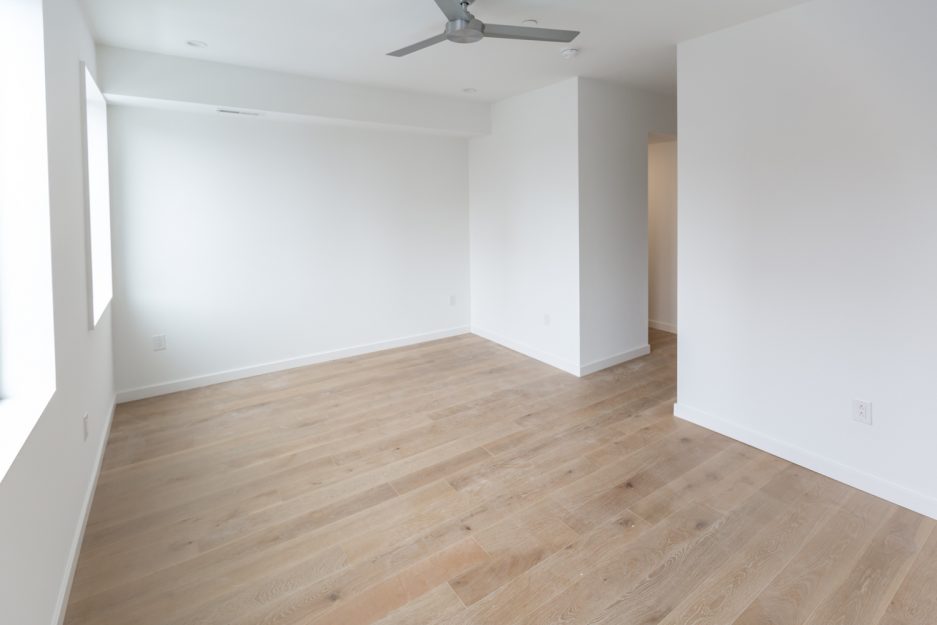 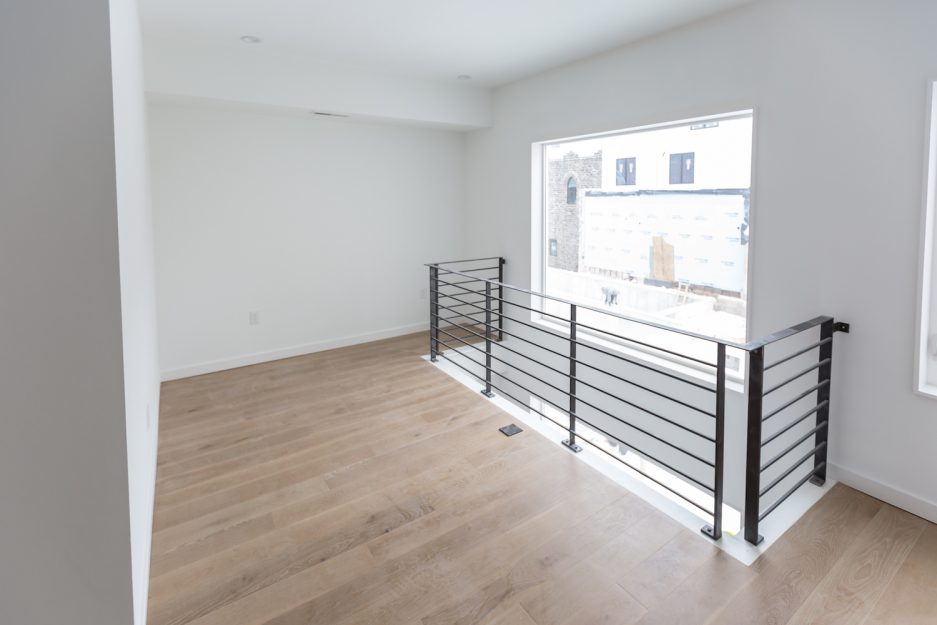 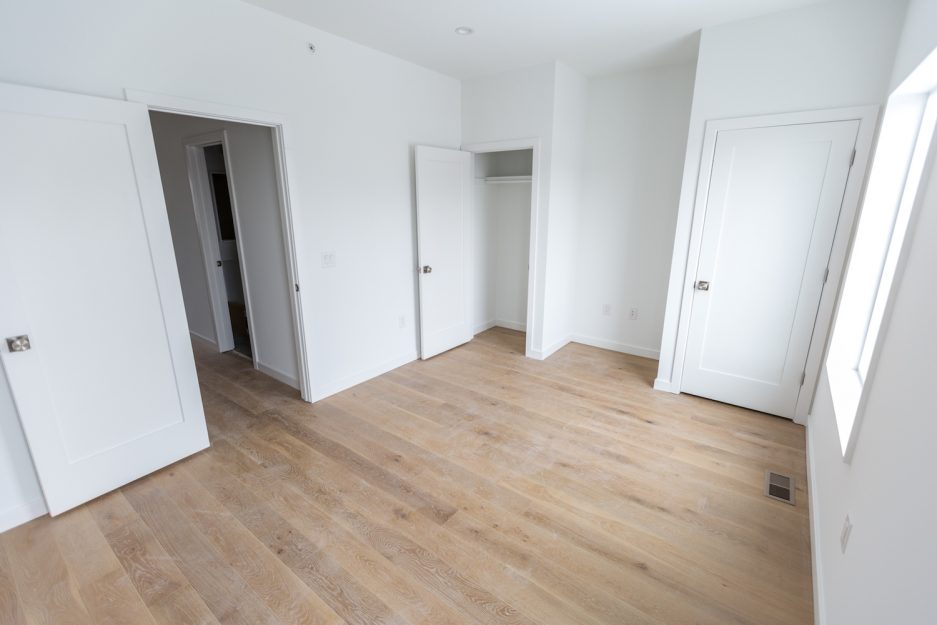 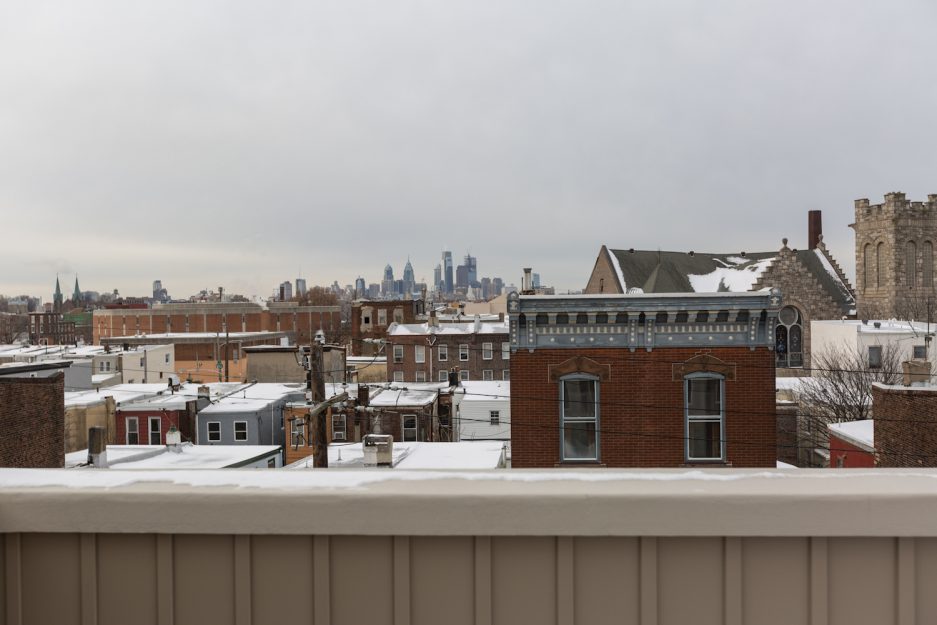 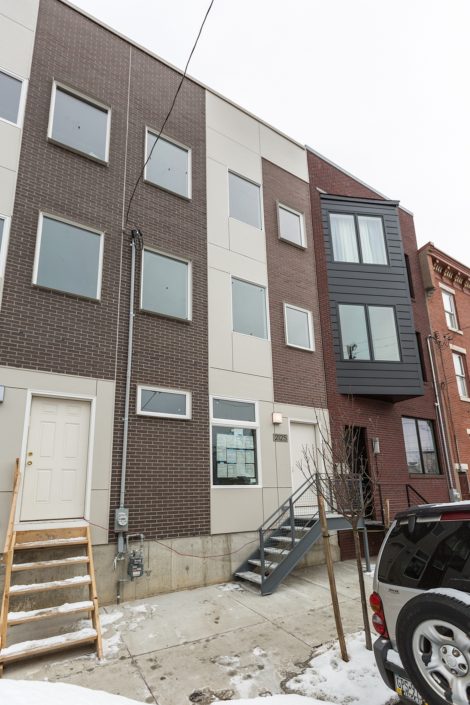 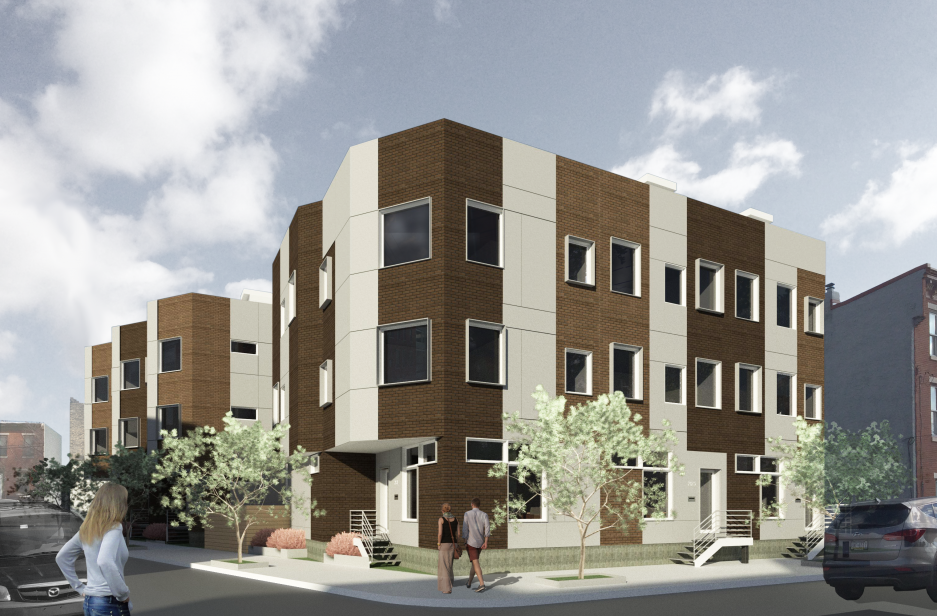 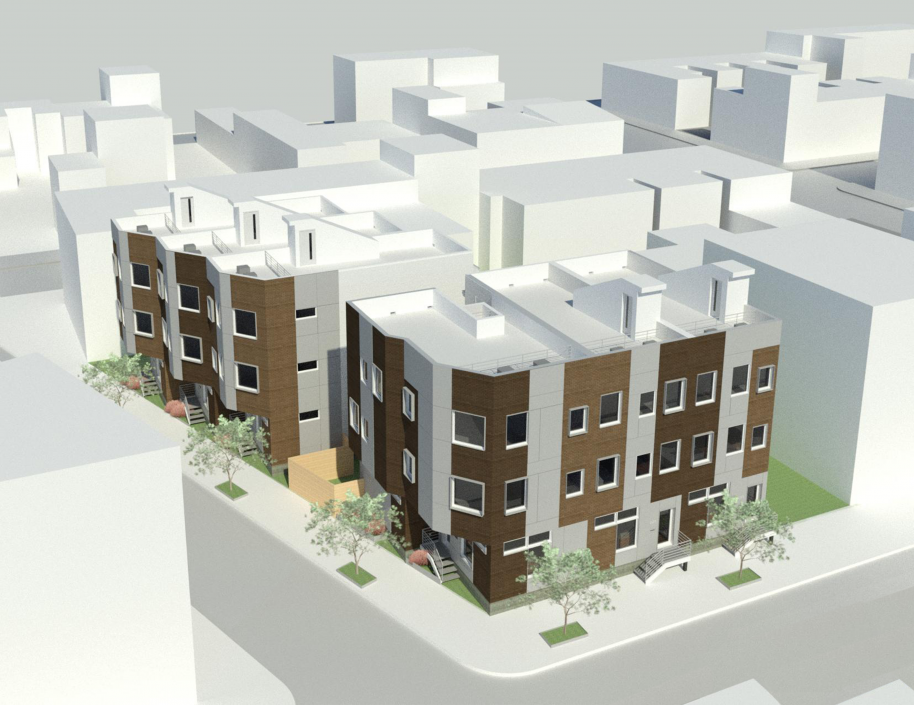 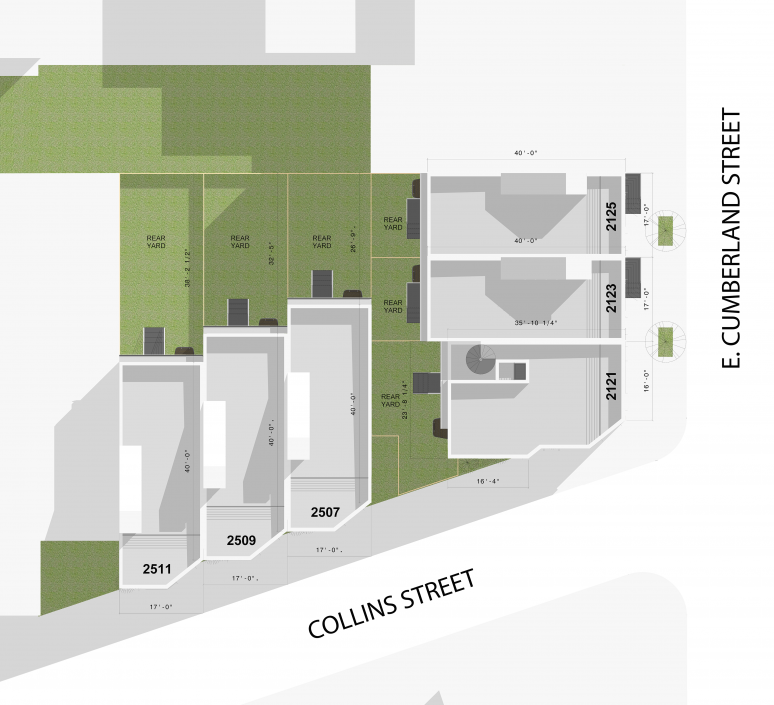