A revised design is shorter than the original conceptual version but more visually interesting. It goes before Civic Design Review on Tuesday. We knew that what PMC Property Group had planned to put on top of the former Marketplace Design Center was not going to be a simple tower slab.

What we hadn’t expected was that it would be this interesting visually.

The final design Varenhorst and Gensler Philadelphia submitted to the Philadelphia City Planning Commission for Civic Design Review is a little more restrained than the fairly restrained preliminary one, but both are still an improvement over the taller conceptual design PMC released when it first announced the project.

Each of the building’s three components retain their own distinctive expression: the original five-story building (two retail floors, one below Market Street level, and three floors of offices) gets window treatments more in line with its light industrial heritage as well as a new main entrance where the Wayland mural is now located. A four-story office addition that had featured balconies on every floor in an earlier iteration has been turned into a sleek glass box with a terrace atop it. Above the terrace floor is a 12-story residential tower clad in gray metal panels with thermal glass windows; the tower’s protrusions and voids offer additional terrace space. (The residential tower will have its own entrance from the pedestrian walkway overlooking 24th Street.)

Those terraces are part of the building’s quest for LEED Gold certification, as the green surfaces and plantings will help reduce stormwater runoff. Xeriscaping and water-saving plumbing fixtures will reduce water consumption, and the building will be clad in thermally efficient metal and glass.

Varenhorst’s submission also states that the project will include “dynamic open spaces that will attract the masses and further rejeuvenate the Schuylkill banks.” One of those spaces will be a new promenade along the building’s west side that overlooks the Schuylkill River Trail and the river itself.

The Civic Design Review panel will take up this project at its scheduled meeting on Tuesday, May 31, at 1 p.m. in the Planning Commission conference room at 1515 Arch Street. 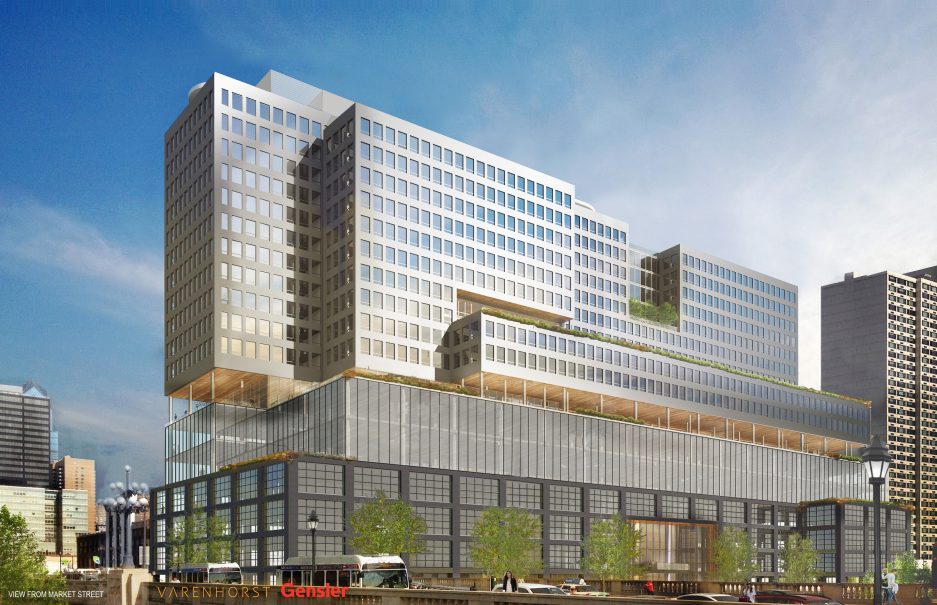 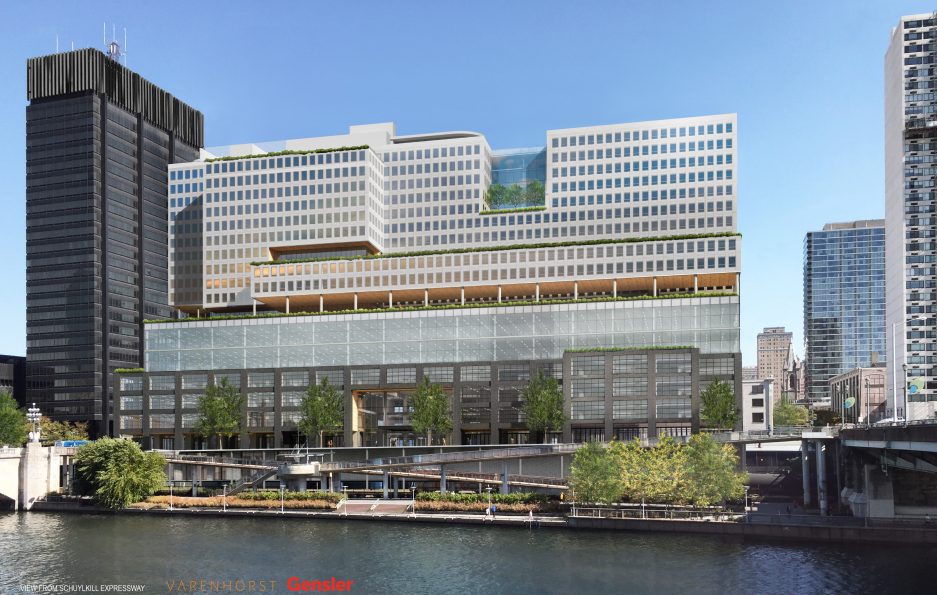 West elevation, view from opposite riverbank 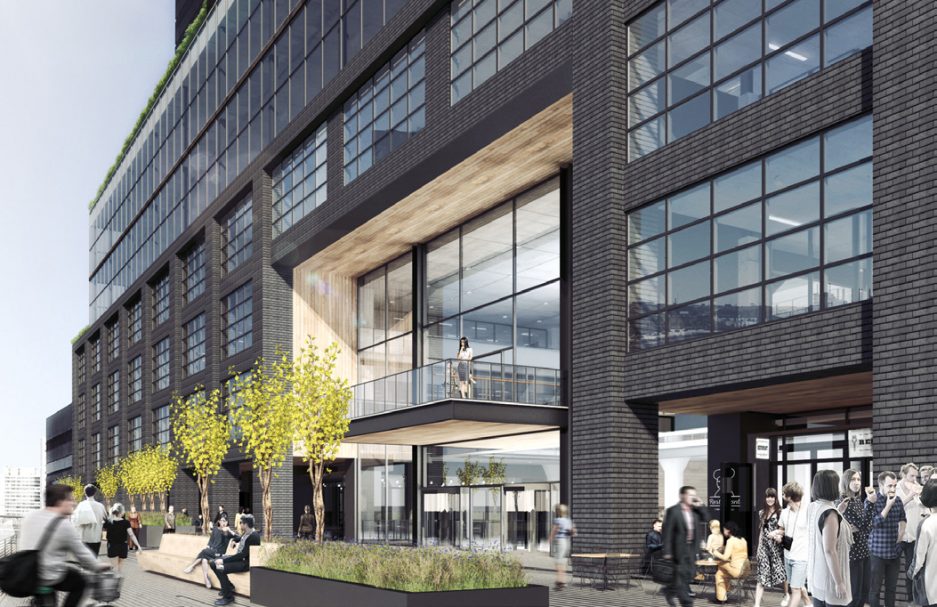 Entrance to retail shops and office lobby from promenade 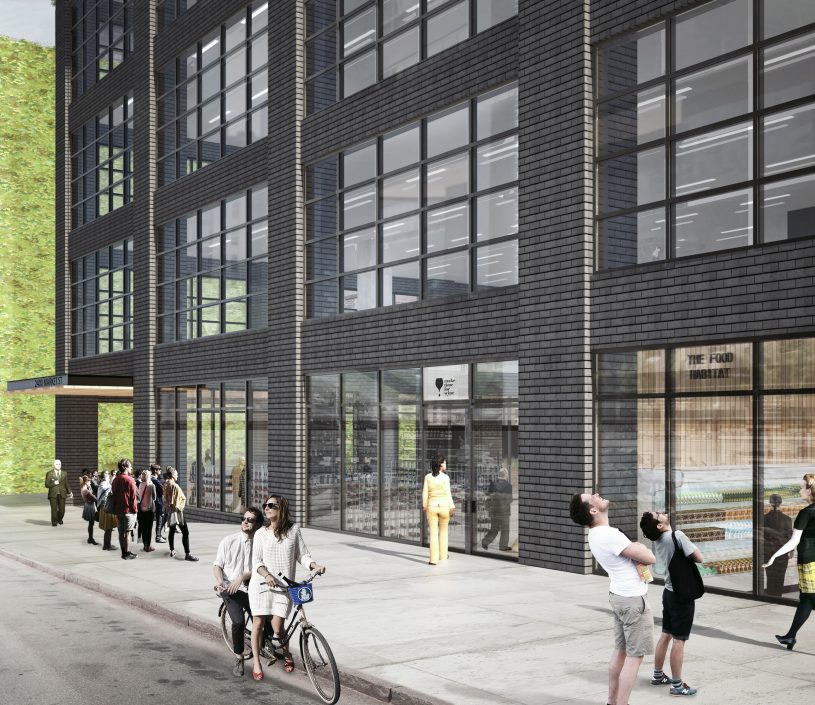 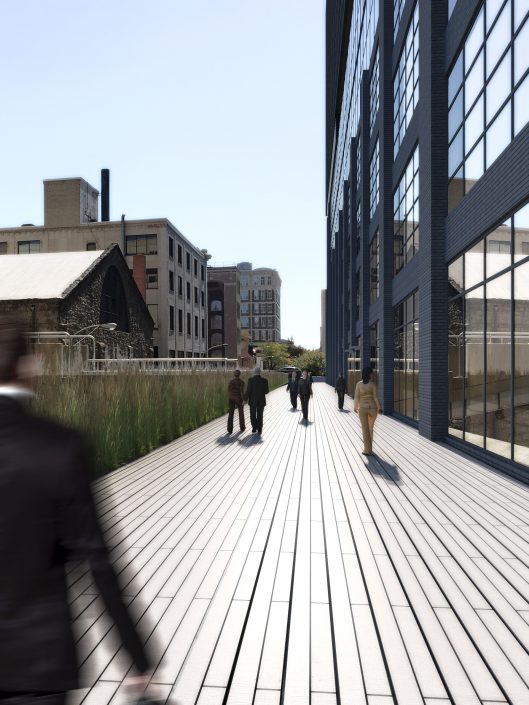 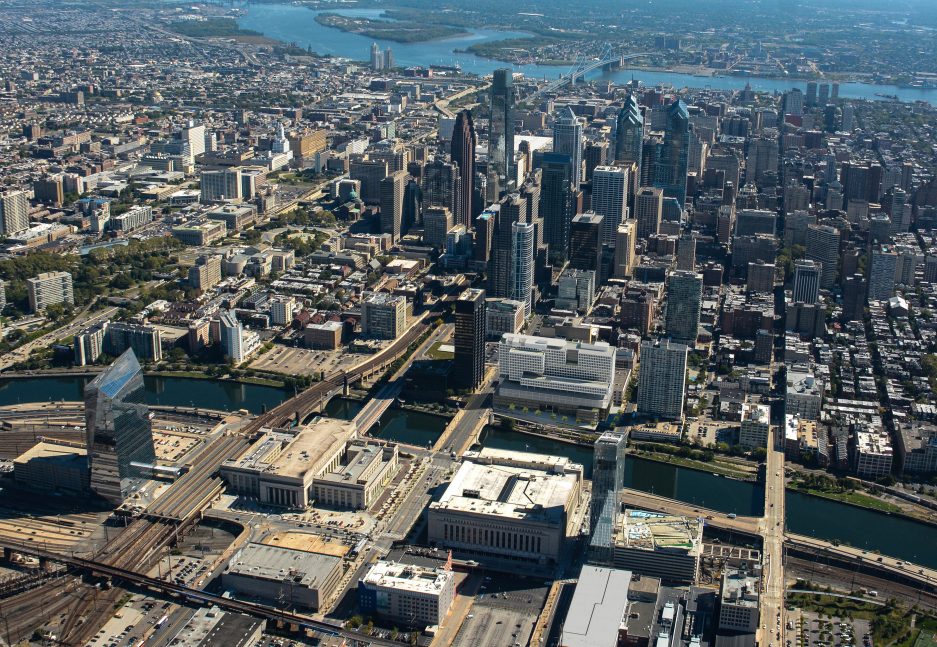