Construction at the small parking lot at Bank Street and Elbow Lane is expected to begin in the spring. It looks like another surface parking lot in Old City will soon bite the dust. We’ve learned that a 6-story condo building will replace the secluded concrete pad at the corner of Bank Street and Elbow Lane (map).

The parcel is directly across Bodine Street from the now-greened (but still vacant) lot that Old City District fixed up this summer. Abitare Design Studios, of nearby North 3rd Street, is leading the design of the 5-unit building, and architect Benjamin Nia said they’re just starting the design development phase of the project. They’ve been kind enough to include a few conceptual renderings to give us a better idea about what the building will look like when it’s completed. The units should be in the range of 1,700-square-feet, each with its own private balcony.

Plans also call for a multi-level penthouse on the top floor, which will also boast some extra living space on the mezzanine level and a large private roof deck.

Although it’s a tight sight–the lot is about 30-feet wide– Nia said construction is expected to begin in spring 2016 and last about a year. “We’re going to explore opportunities to do as much prefabrication off site as possible,” he explained.

Meir Badush of Northeast Renovations, LLC owns the site and is developing the new building. The project cleared through the ZBA on November 13. 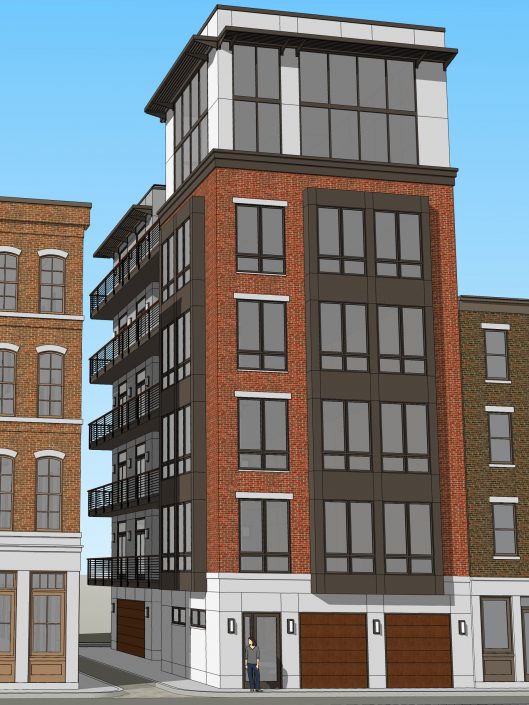 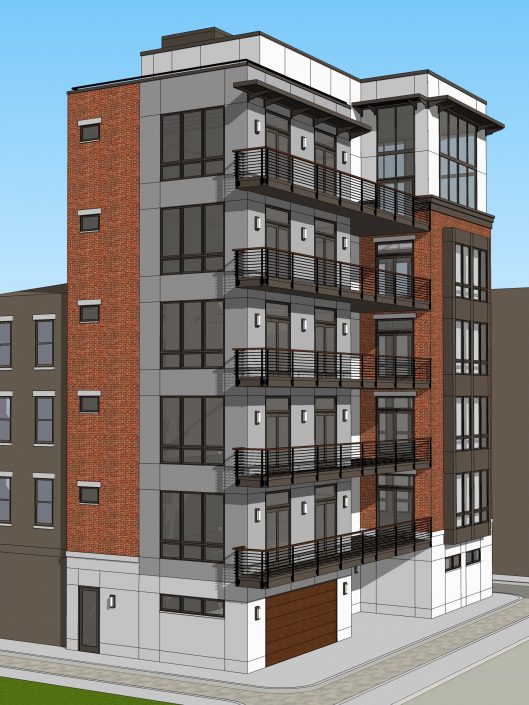 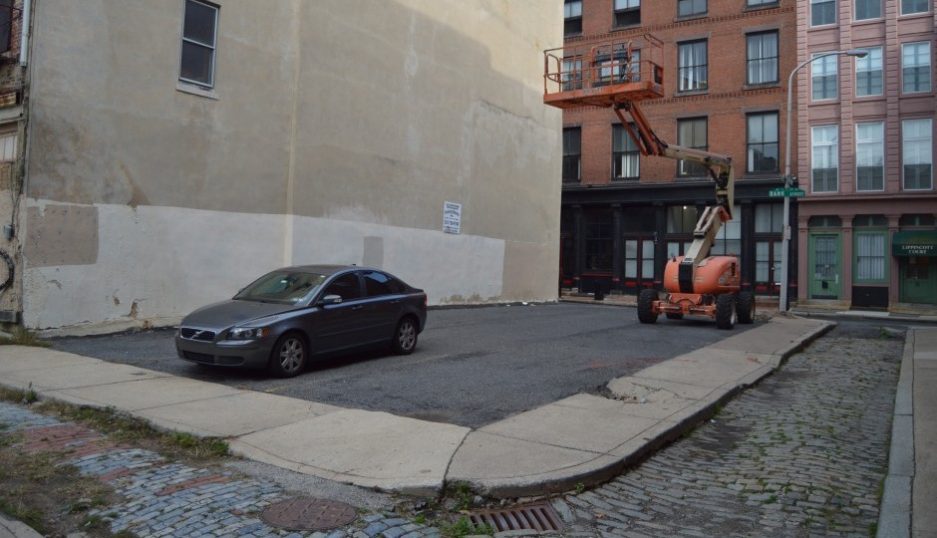