The unconventional building will house underclassmen dorms, a dining hall and create a new college green. Here’s one of the more unique projects we’ve seen come across our desk recently. Rowan University is in the process of constructing a $145 million residential living facility at the corner of Main and Carpenter streets in Glassboro, New Jersey (map).

It’s not your typical boxy (or even high-rise) dorm. The university, along with Marlton’s University Student Living and Prodivent Group-Rowan Properties, entered into its first public-private partnership to develop on-campus housing they believe is ahead of the curve.

When completed in summer 2016, the university thinks the serpentine-shaped complex will be a game-changer for student life and activity, as the 1,400-bed project will also bring with it a new 550-seat dining hall and a rounded college green meant to be the new hub of the growing campus.

Designed by Erdy McHenry Architecture out of Philadelphia, the new facility will be dubbed Holly Pointe Commons and feature a four-story and a seven-story building connected by a triple-decker pedestrian bridge.

Where many projects feature a traditional format of building a square structure lining a square park, Holly Pointe Commons’s curved designed, similar to the classic Phillies “P,” creates a statement oval-shaped green that’s almost hugged by the surrounding buildings. Once completed next year, it will be a place where students can study, chuck a Frisbee, grab some sun or text their friends, who are all gathered nearby (we’re slightly kidding on that last one).

The building will sport a metal facade with tall glass windows and seek to incorporate as much sustainable design as possible, including “minimally targeting LEED Silver certification,” according to a release from Rowan University. Torcon, out of Red Bank, New Jersey, is leading the construction of the project.

The new facility also speaks to Rowan’s growth. The university has gained 6,000 students over the past six years, seeing their enrollment top 16,000 students in that time frame. Rowan says it should reach the 25,000-student mark by the year 2023. 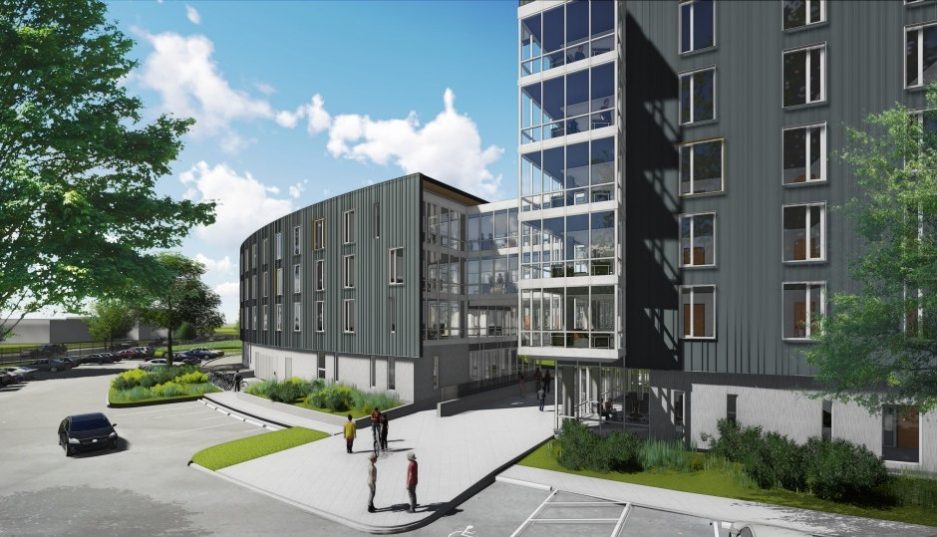 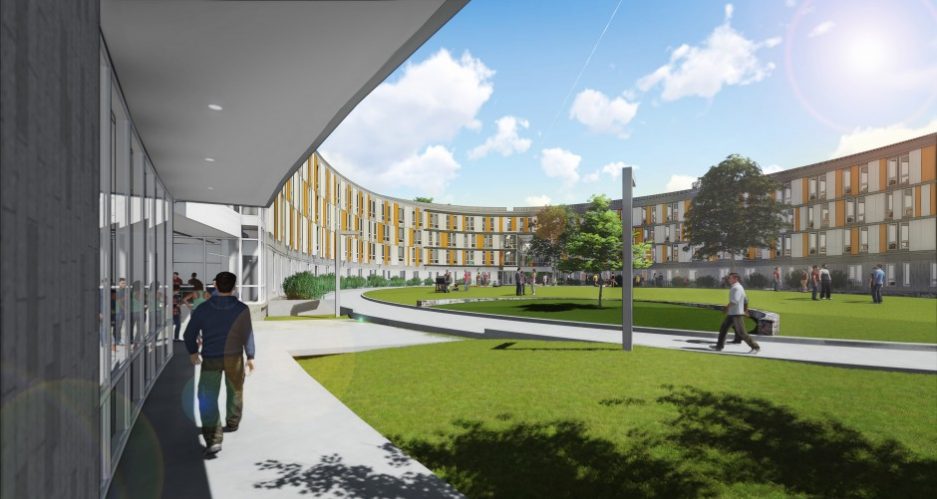 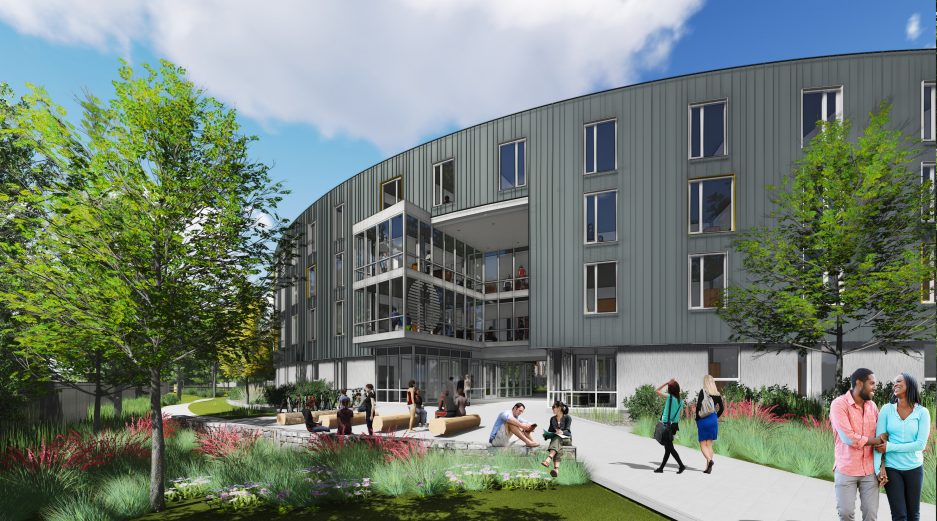 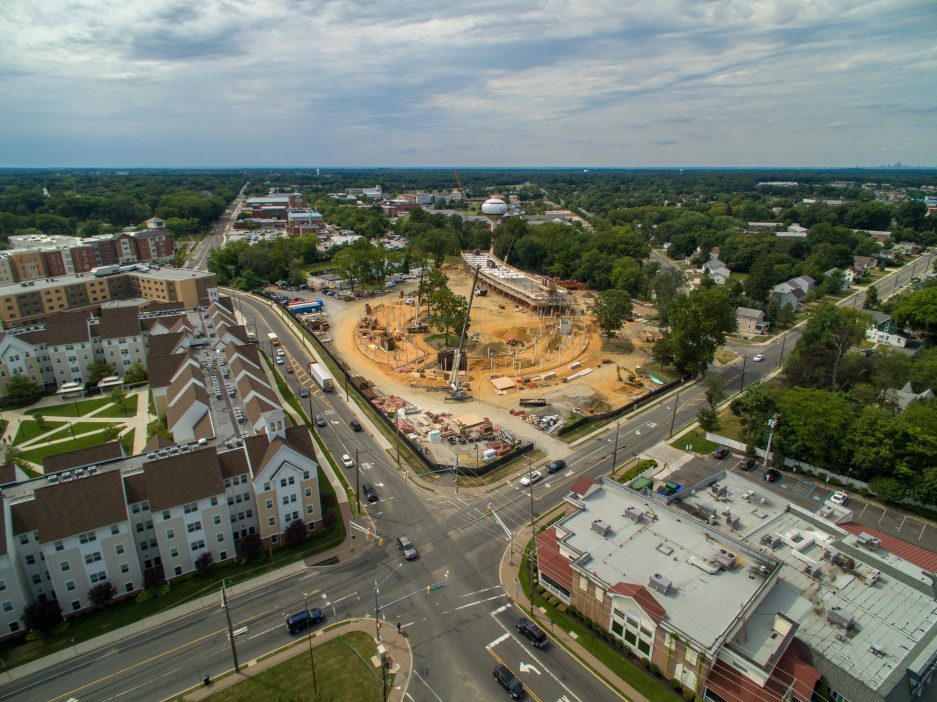