Groundbreaking: What a Long, Strange Trip It’s Been for the Divine Lorraine

Here's the scoop on how developer Eric Blumenfeld and investor Billy Procida came to finally make one of the most anticipated redevelopment projects actually happen. I hopped in a cab at 18th and Market and told the driver, Broad and Ridge Avenue, please, the Divine Lorraine. I then muttered to myself in almost disbelief: Holy crap, that’s going to be a thing now.

Well, it’s official: the massive (and fully funded) redevelopment project at the Divine Lorraine broke ground on Wednesday. Yes, there are pictures to prove it.

Its long, winding journey of decay and blight now turns the page from a more hopeful chapter of late to one that will actually see something get done.  Designed by Willis G. Hale and built in the 1890’s, the architectural masterpiece has sat vacant for 16 years. Now, within 16 months, it will be reborn as a landmark building once again, as Blumenfeld, backed by mega-funder Billy Procida, plans to bring 109 luxury apartments and four “Vetri-caliber” restaurants to emerging North Broad corridor.

But, like I said, it’s been a long strange trip for Blumenfeld with the Divine Lorraine.

“I bought the building originally in 2004 for like, $2.2 million and sold it in 2005 for $10.1 [million],” Blumenfeld told me prior to the festivities, “and I was fuckin’ miserable. Every day, I’d come and see the developer ripping it apart.

In 1999, the hotel closed and when I walked in here in ‘04 … this looked like [Rittenhouse bar/restaurant] Rouge. It had the center bar with the banquettes and the table settings were there–like they just closed one day and just left everything. Silverware was out, and the developer came in and gutted everything … so the plans changed.”

After Blumenfeld purchased the building once again in 2013, the project essentially became a put-up or shut-up moment between Mayor Michael Nutter and the developer.

Mayor Nutter, who along with Alan Greenberger, pushed hard to get this project up and running by the time their time at City Hall ends, told the crowd gathered for the ceremony that, at one point in time, he finally had to issue an ultimatum of sorts to the developer of the long-stalled project, saying in his speech: “If  you don’t do certain things by a certain date, I’m taking this building from you.”

Mayor Nutter, who heaped praise on the developer for his optimism, vision and perseverance, said that Blumenfeld reassured him it would get done, and that’s where Billy Procida came into the mix. Procida, who kind of has a Dean Martin kind of vibe about him, likened his entering the project to “divine intervention,” as he was largely in Philly the first time he laid eyes on the Divine Lorraine in February 2014 to see a Bob Weir concert. He was “going to see another deal at Temple” with David Blumenfeld, Eric’s older brother and president of the development company Cross Properties.

“I’m driving back [from Temple] and I come in front of this thing, and I stop my car and I take a picture. I immediately call my two business partners and I said, ‘Find me whoever owns this building. I want to do this building.’”

The long rot of the Divine gave the project even longer odds, and Blumenfeld said that they began to take more creative and proactive steps during his second go-around in owning the property, conducting structural tests to convince the contractors their estimates–some $40 million–were way too high. “I think the project had been around for so long that people were just afraid of it,” he admitted.

“And there’s nothing like a contractor to pour cold water on a dream,” Procida added, only half-joking. “So we start to really understand what the cost was going to be.” It turns out the building, constructed largely of iron wrapped in terra cotta, has “good bones,” and the crew eventually got Domus Construction, who has been on-site for a few weeks now, down to $31.5 million for the work. Procida then, after months of working with on the complex financing package, came through with the funds to make it happen.

“I feel like God sent Billy to me, because I needed a gutsy, courageous lender,” said Blumenfeld.  “A lot of the subsidies that come into this type of project come in very slowly. But Billy said, ‘It’s okay. I’ll cover it,’ which is totally a-typical. For a deal like this, I needed a lender like that … I feel like he’s my brother.“

And so they’re off, but this isn’t the final chapter for North Broad Street. “We finished [Mural Lofts] and now we’re marching down the block,” beamed Procida, “the next announcement will be the Metropolitan Opera House [at 858 North Broad Street].” Construction is expected to take between 16 and 18 months and a rep from EB Realty Management tells me that they’re actively trying to locate many of the original architectural details, including the statues on the front facade, in order to bring the gorgeous structure back to its former glory. The challenge is that most items were sold to salvage (or stolen), so finding these artifacts might be tricky. If they can’t be located, they will replicate them, including the statues.

Rents are expected to average $1,875 per month, according to Blumenfeld, with major penthouse units similar to those being built at Mural Lofts down the street.

Interestingly enough, there is no parking included in the project. Procida said that the building is “literally on top” of the Broad Street Line and that “people are just going to stop driving.” If they don’t, Blumenfeld said that they could extend their popular valet service at Vie (600 N. Broad St.) to accommodate tenants at the Divine Lorraine. Also, there’s a pretty massive parking element to the RAL development adjacent to the site, but there is no word on if public monthly parking would be available at that location. 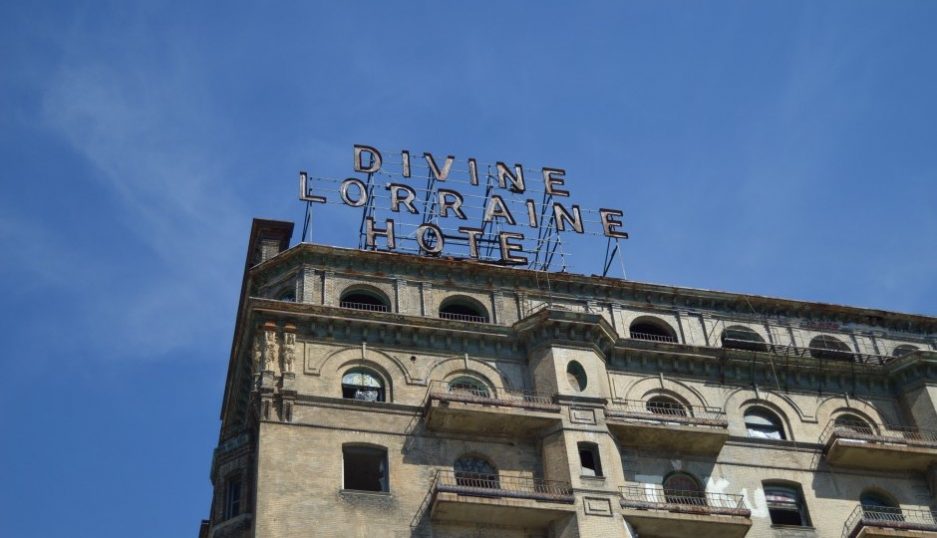 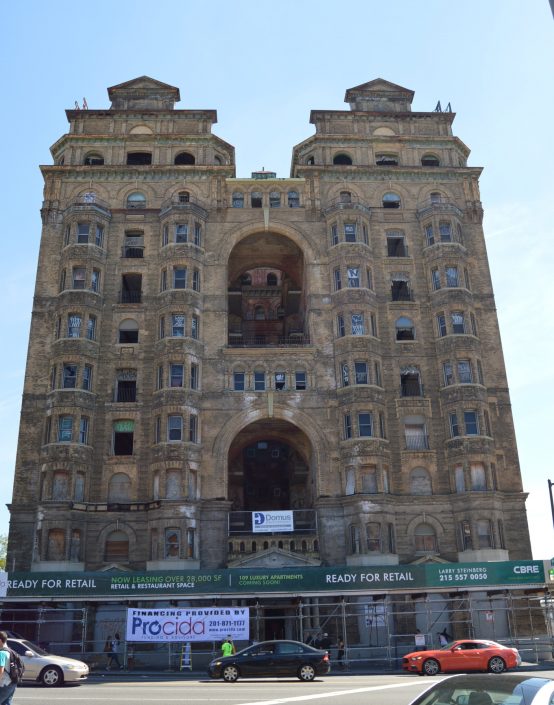 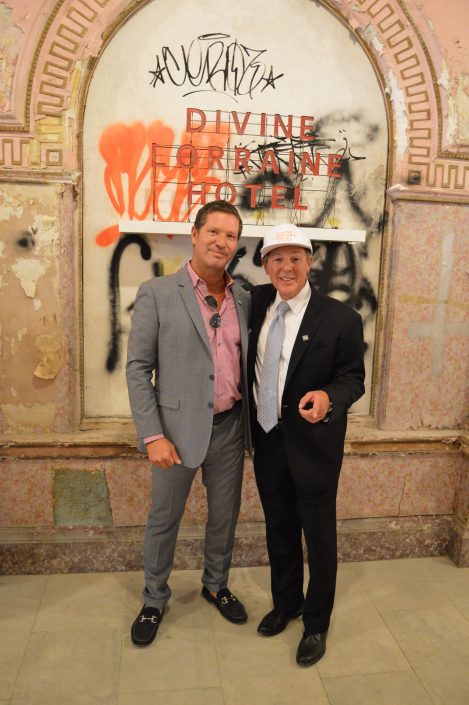 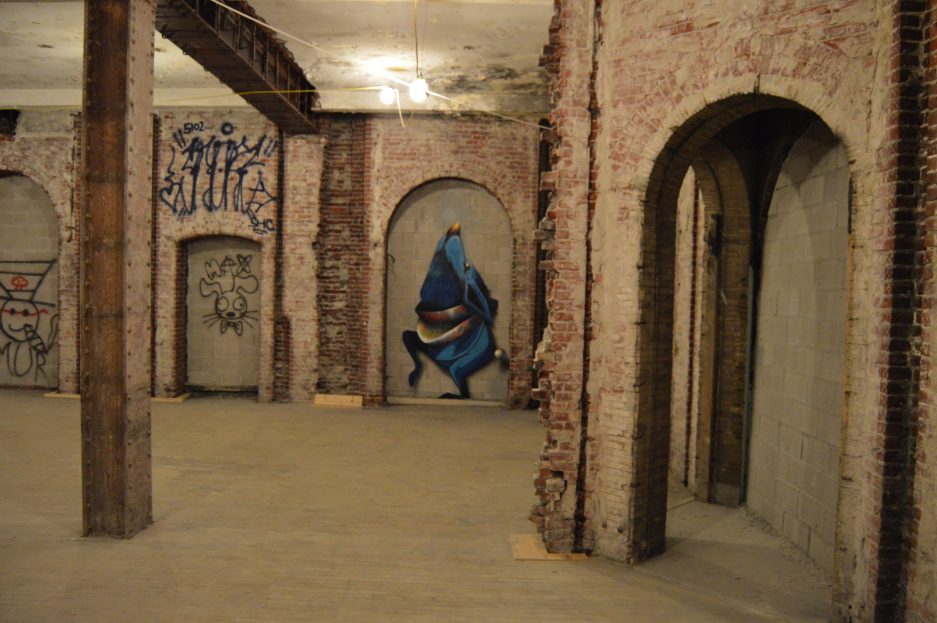 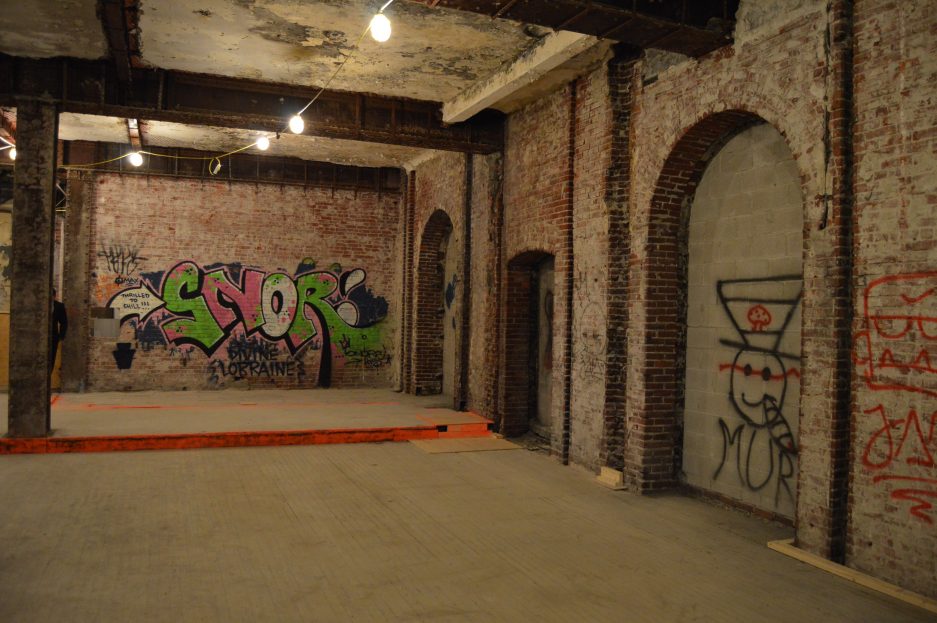 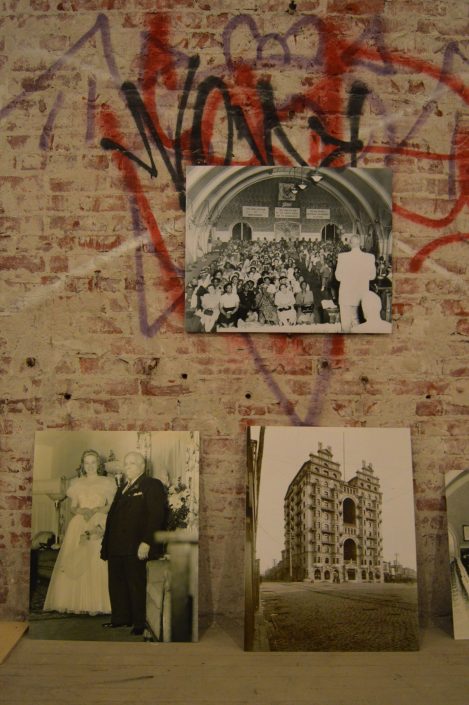 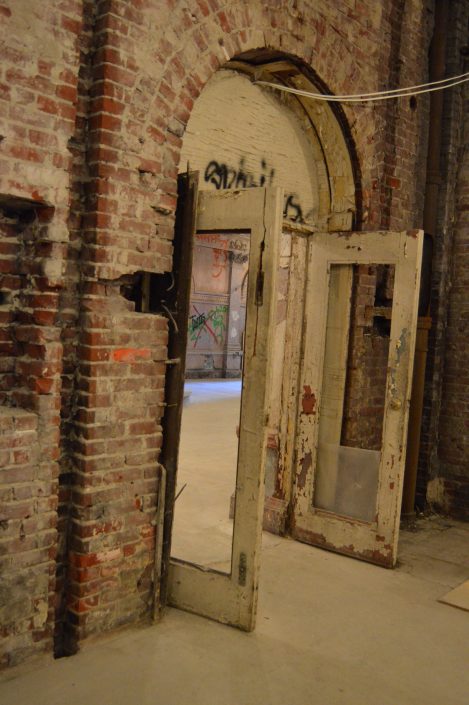 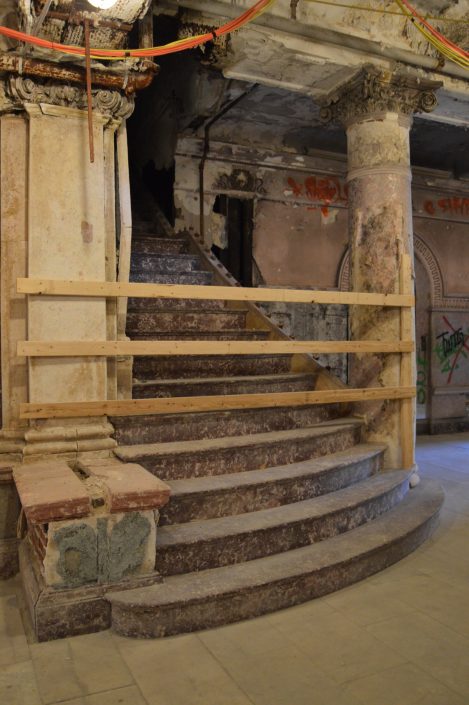 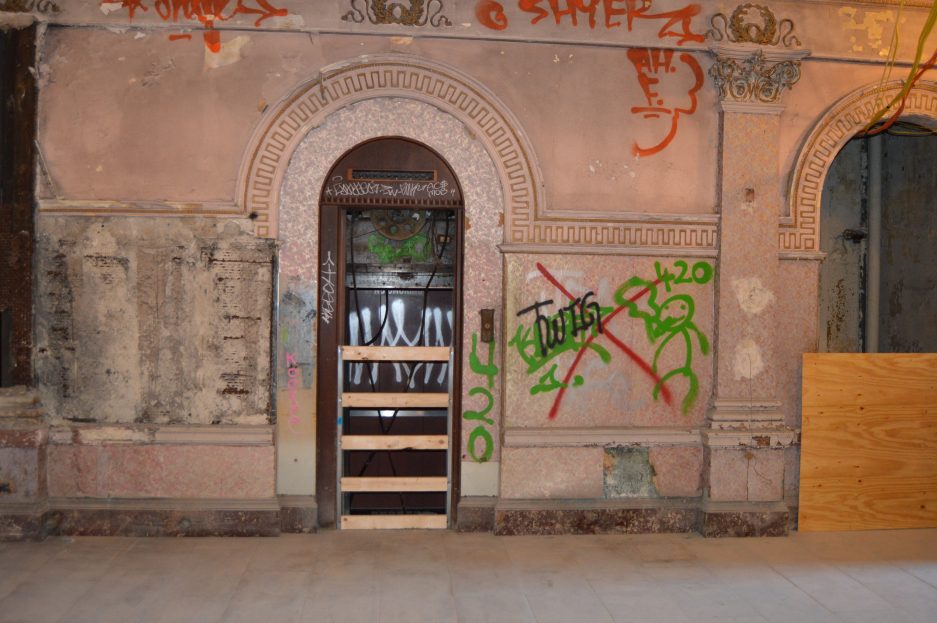 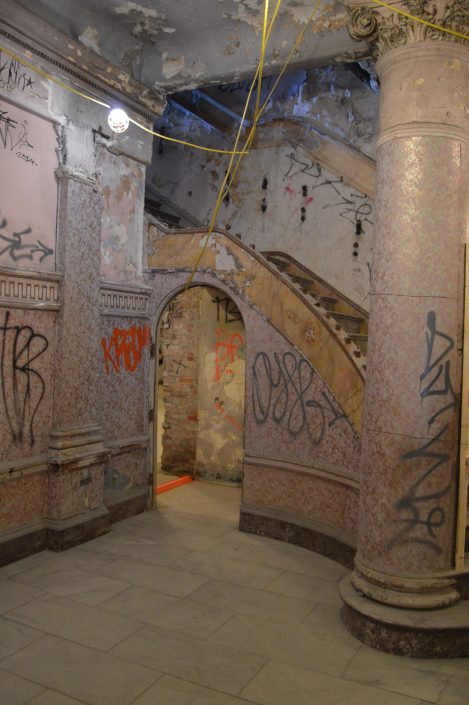 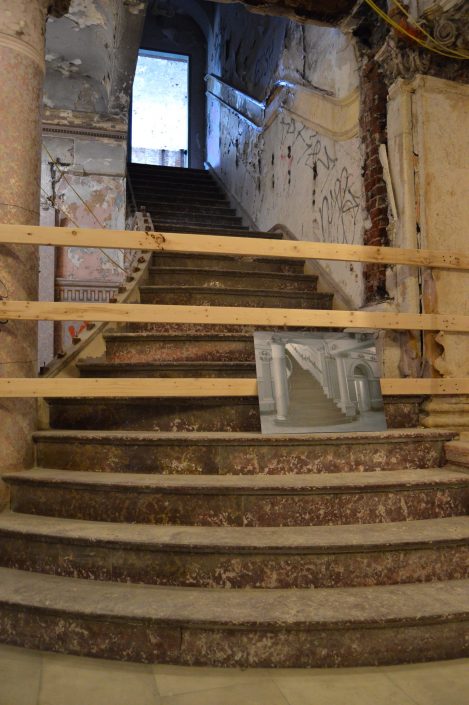 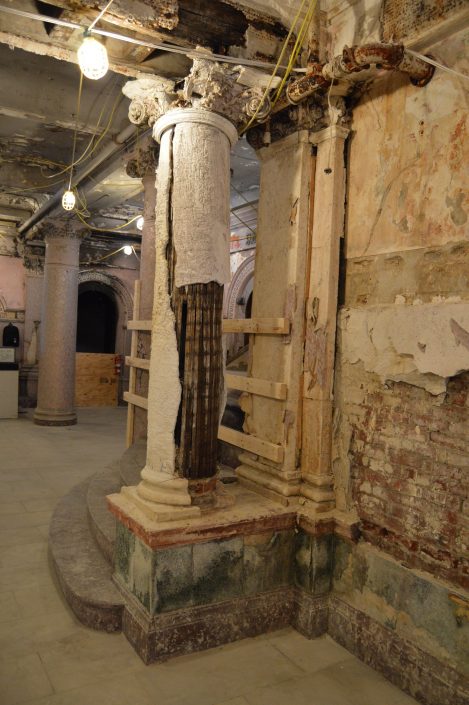 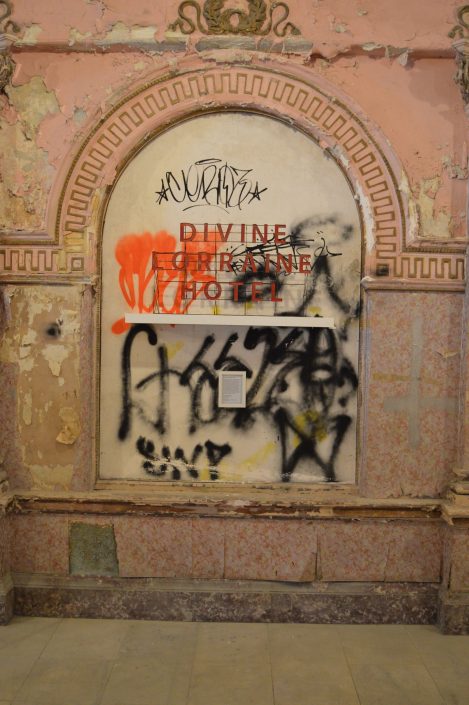 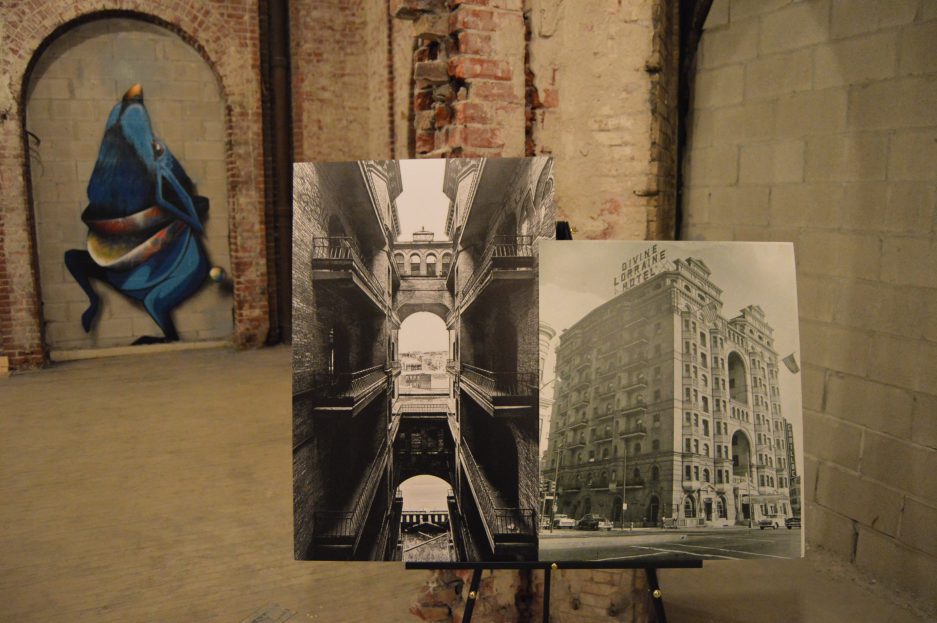 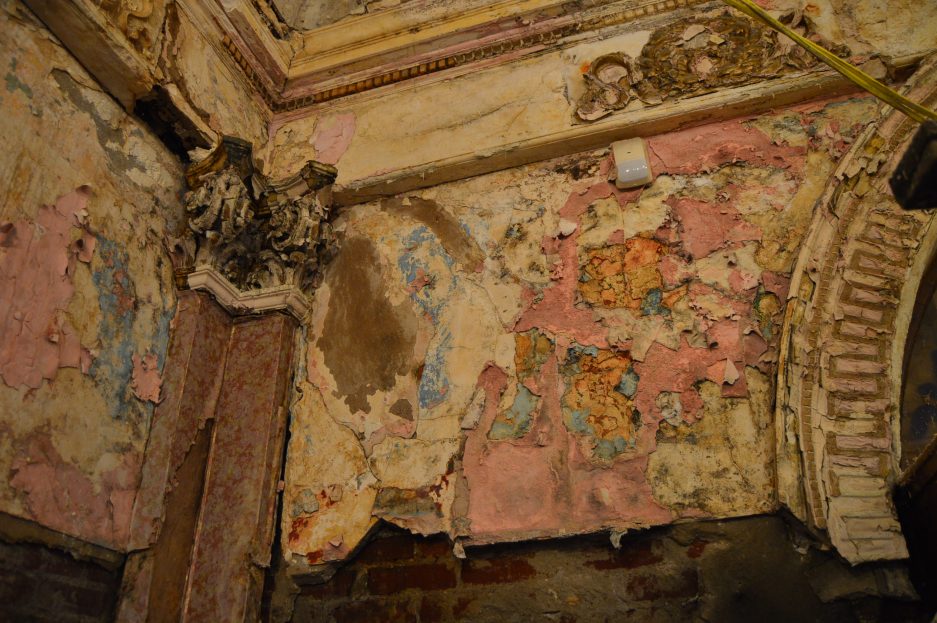 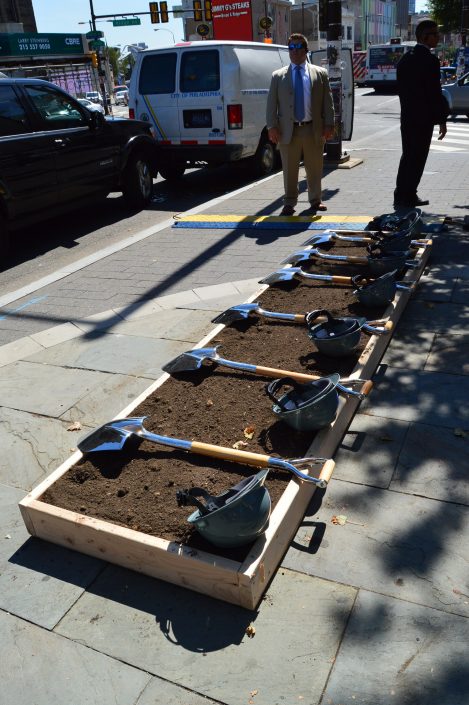 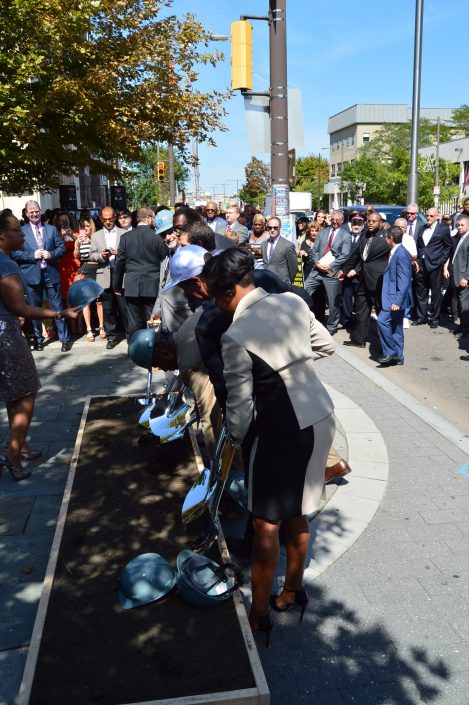 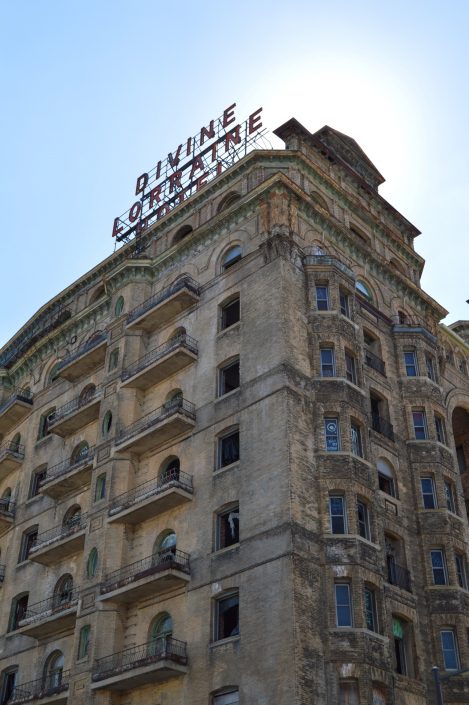