Honeygrow, REI and Others Inked for “Lifestyle” Shopping Center in King of Prussia Close your eyes and imagine the first thing that pops in your mind when we say, “King of Prussia.” More than likely, you’re envisioning a mega-mall full of high-end retail, gobs of food, air conditioning and airport-like parking.  You probably go there to shop or eat, but you’re not really there to enjoy the experience, right?

Tom Sebastian, senior vice president acquisition and development of Maryland-based JBGR Retail, wants to switch things up a bit with new 20-acre development called the King of Prussia Town Center, which he described as a “upscale project” with an lively town square hub in the middle surrounded by a bevy of full-service dining options. “This is going to be a very active space,” said Sebastian. “This will be the only lifestyle shopping center in the market.”

The idea is to bring a little of what people love about the Philadelphia lifestyle, namely a pedestrian-friendly atmosphere with outdoor dining, a mix of local and national shops, and activities for all ages, to an area typically known for gridlock and one-stop shopping.

“This is going to be unlike your typical retail strip shopping or grocery community center,” said Sebastian of the $100 million plus project, “[The King of Prussia Town Center] will be where people will want to gather in their free time.”

As such, Sebastian expects the Town Square to be lively at all times of the day, offering a green space for free yoga sessions in the morning or seating for relaxing or taking in live entertainment. Modern architectural structures and building designed by architect Brown Craig Turner (BCT) will mesh with water features that dot the landscaped grounds. Happy hours from Thursday through Saturday will be planned for the pavilion area and, much like at nearly every park or open space throughout the city, Sebastian says there will be free outdoor movie nights and other events. “It’s a project that has its own ambiance in addition to its retail store offerings.”

Ah yes, what about those retail offerings?  Sebastian said they’ve leased up 70% of the retail space with a mix of big name national brands–like REI, Ulta Beauty, Nordstrom Rack and Fogo de Chao–with well-known Philly companies, such as Honeygrow, a fast-casual restaurant that’s rapidly expanding, to anchor the development. Sebastian seemed particularly excited about Honeygrow, calling it a “cool new concept” that’s wrapped in natural materials like wood and stone and finished off with a rusted corrugated steel slats. 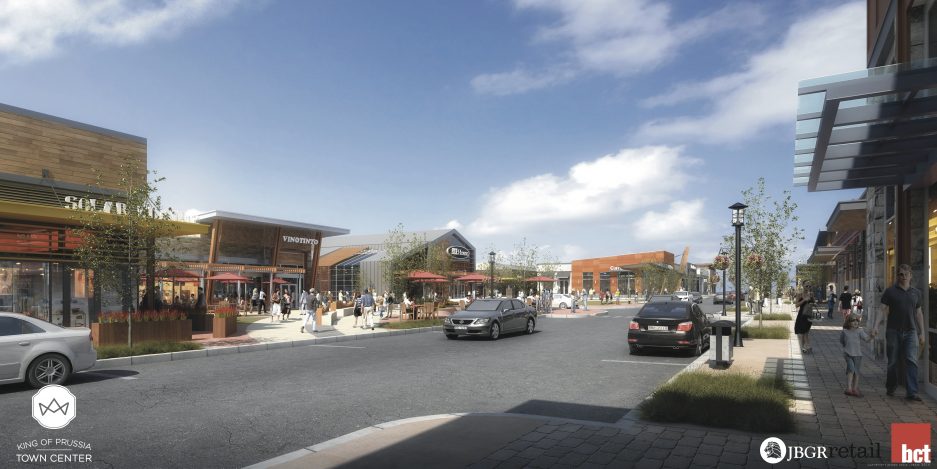 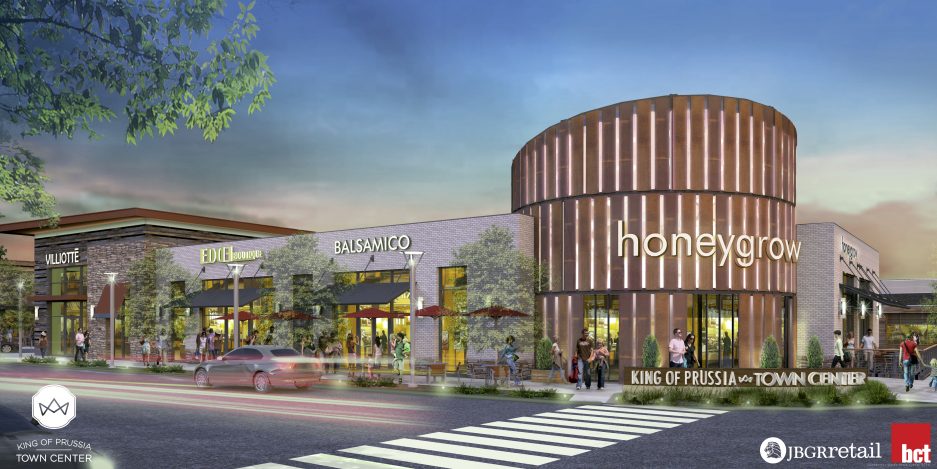 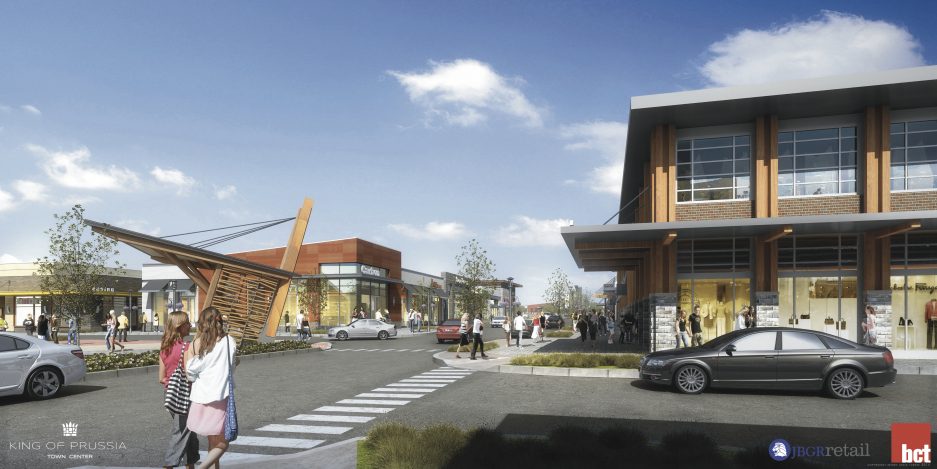 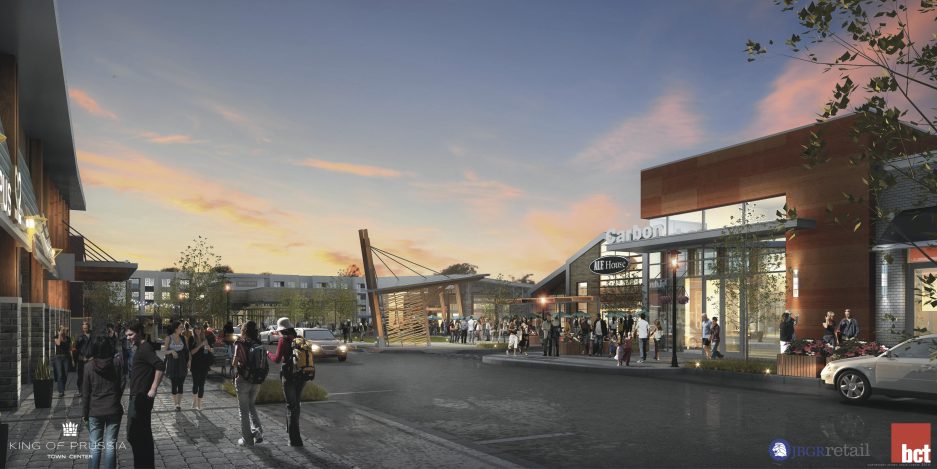 Now, all that is left to to lease up the smaller spaces. “We’re having lots and lots of conversations with these smaller tenants,” said Sebastian, “everything from fashion and furniture … including shops looking to expand from the Main Line.”

They’re building the project (17 buildings in total) in a single phase, and Sebastian expects to deliver the larger spaces in the 1Q 2016 in order for them to be ready to open by summer. “We’re very pleased with the way that construction is going … we feel fortunate that we’re the guys that get to build this,” he said.

Much of that feeling is due to its location, which is starting to develop a live/work/play kind of vibe that’s becoming popular in Center City. Not only is it a stone’s throw from the King of Prussia Mall, a huge national retailing landmark, but it’s located between the brand new Wegman’s and 3,000 residential units already in development at the Village at Valley Forge. Sebastian said there is over 1 million square feet of office and hotel space planned nearby and Children’s Hospital of Philadelphia just unveiled its new Specialty Care & Ambulatory Surgery Center in May.

As there is no train to King of Prussia, it’s position at the confluence of the area’s major highways, including 422, 202, 76 and the PA Turnpike, a key factor for the site, which Sebastian noted generate over 150,000 cars per day.