With Hollywood’s occasional remake frenzy in mind, we propose this Villanova home as one of the settings for a modern-day version of Sabrina, a 1954 rom-com starring Audrey Hepburn. (Let’s pretend the Harrison Ford* one never happened.) Without giving too much away, there’s an early scene in the film where a young, heartbroken Sabrina locks herself in the multi-car garage after seeing her crush, the spoiled younger son of her father’s rich employer, with another woman. She blacks out from car exhaust poisoning, but is saved at the last minute by Humphrey Bogart, the more together, mature elder son. You can imagine how this is going to end, right?

Anyway, the point is this residence has an expanded four-door garage that would be an excellent backdrop for that scene. It doesn’t hurt that it can actually hold up to seven vehicles, what with its three commercial parking lifts, thereby driving the point that Sabrina, the daughter of the family chauffeur, is considered a less than suitable match for either of the young men of the house and vice-versa (the house staff wants to protect her good name).

Other high-end features on the property include a pool and pool house, while inside are three separate recreation areas, plus a walk-in, temperature-controlled wine cellar. What’s more, the grey stone Tudor has several French doors with original leaded glass, as well as a marvelous Downsview kitchen with built-in banquette seating in the breakfast room. Then, there’s the matter of the deluxe master retreat, which has a bathroom encompassing separate baths, hers with seated shower, jetted tub, fireplace, and adjacent walk-in closet; his with steam shower and dressing area. A mirrored gym can be found on the third level.

The home, whose interior details include soaring ceilings, wood beams and millwork, is set on three separate deeded parcels comprising more than three acres.  A front courtyard with turning circle also on the premises. Specs and photos below.

*Correction: An earlier version of this post mistakenly identified the actor in question as Richard Gere. 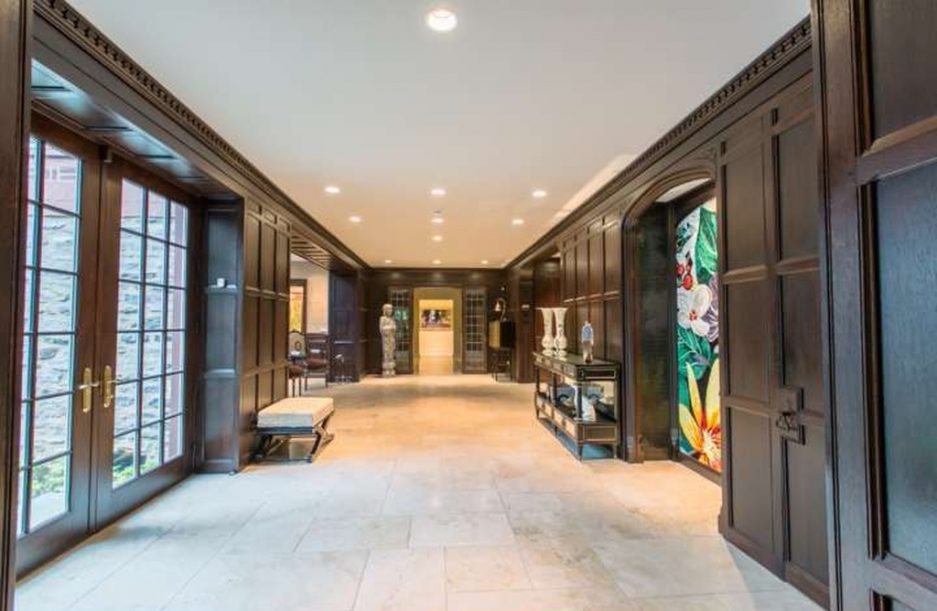 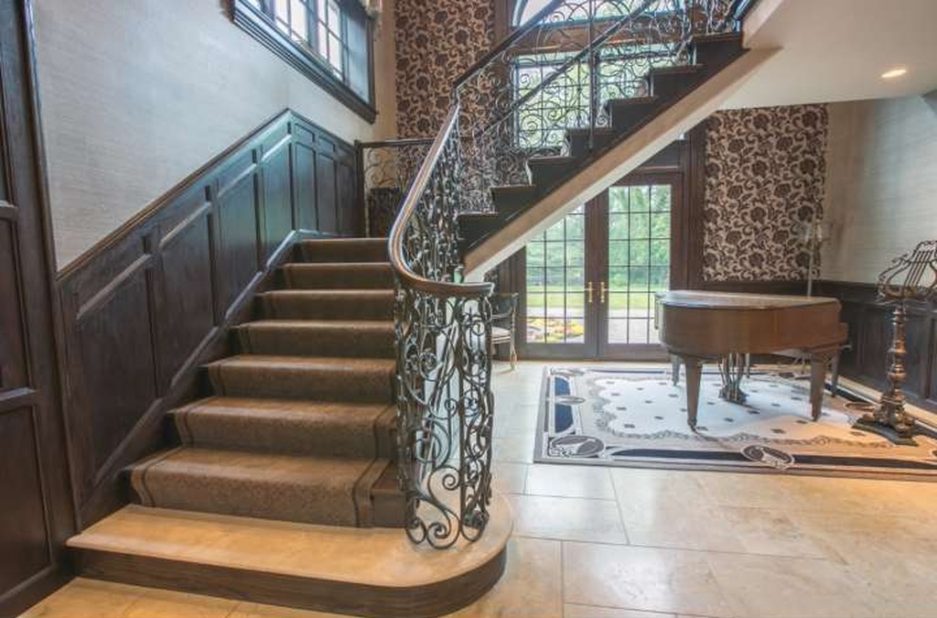 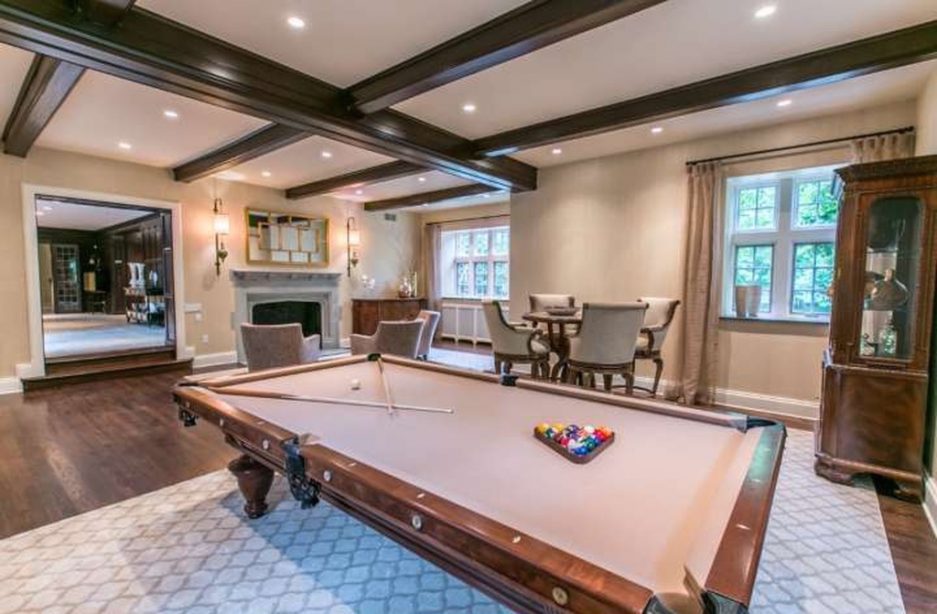 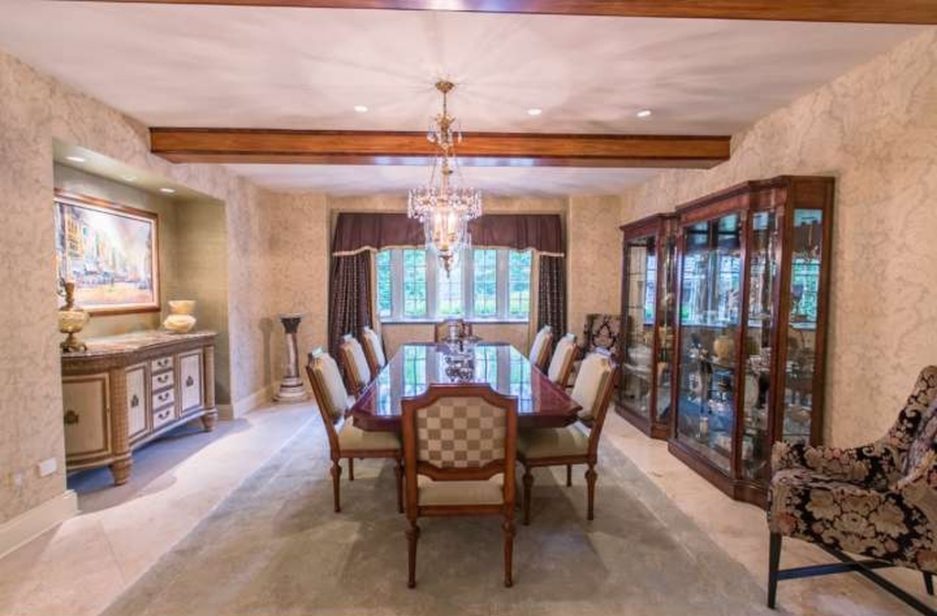 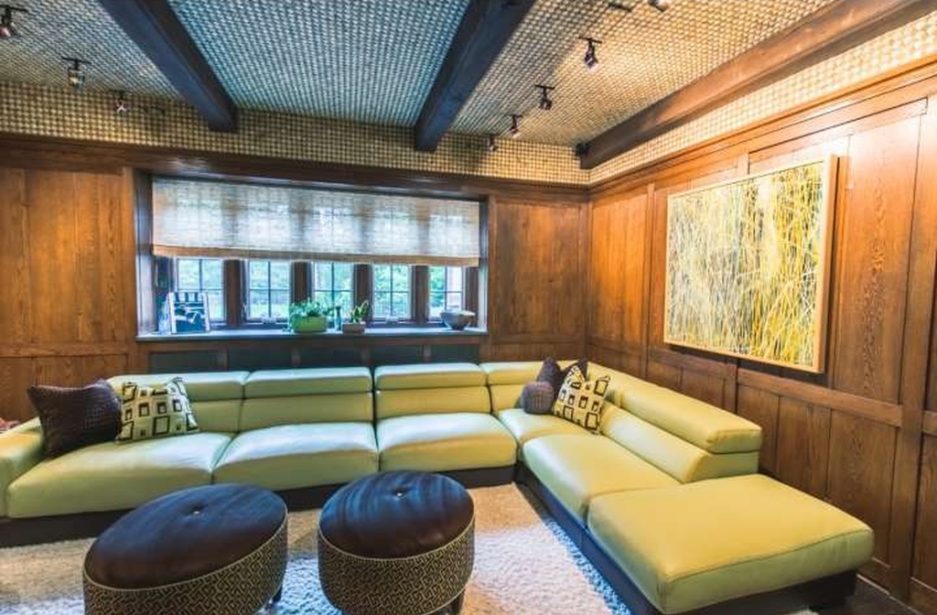 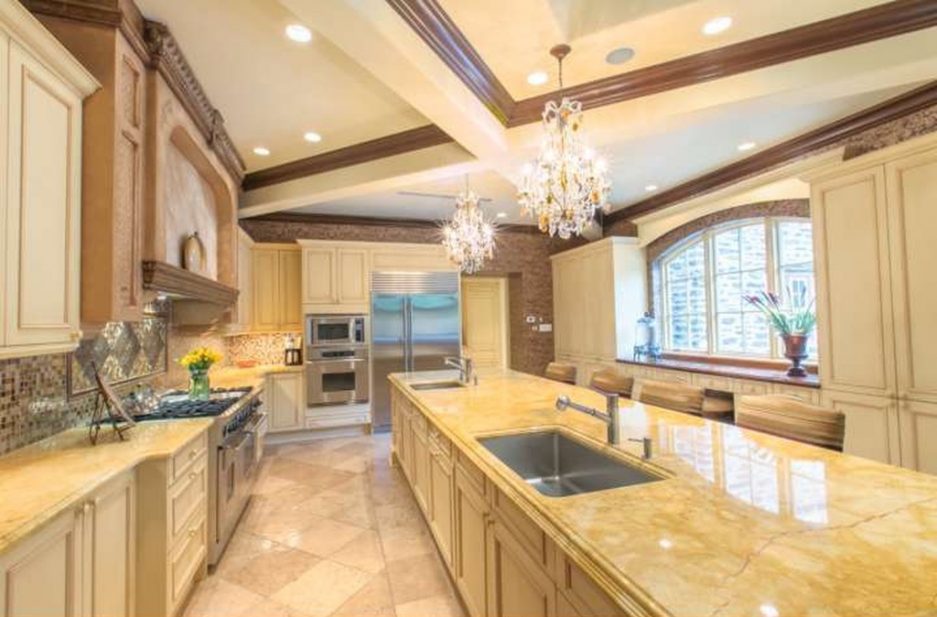 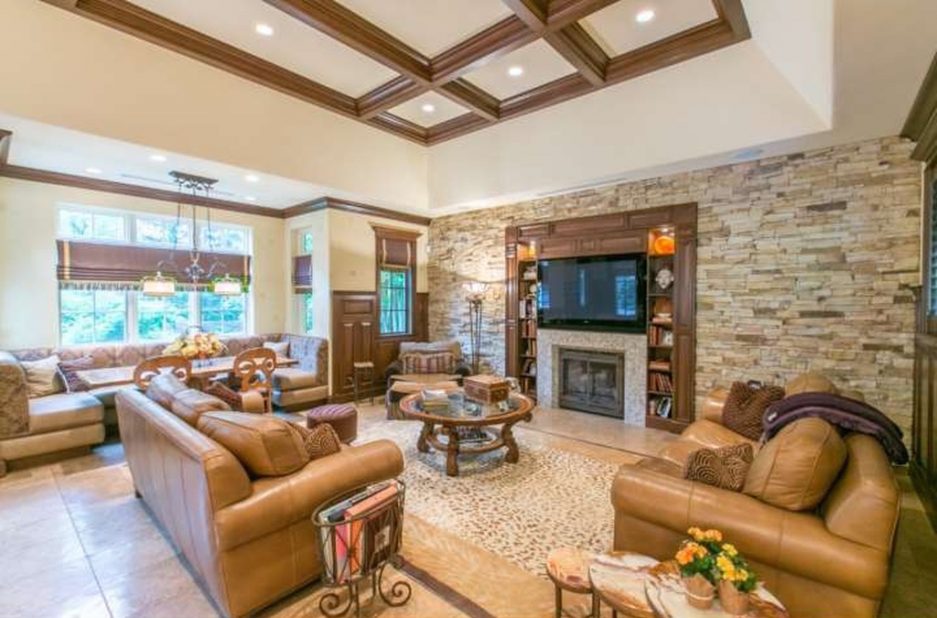 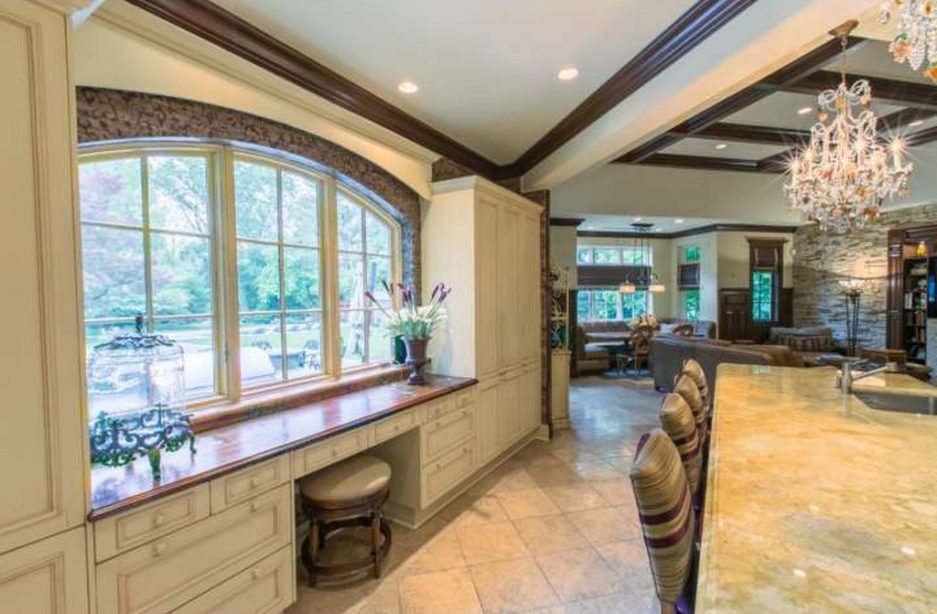 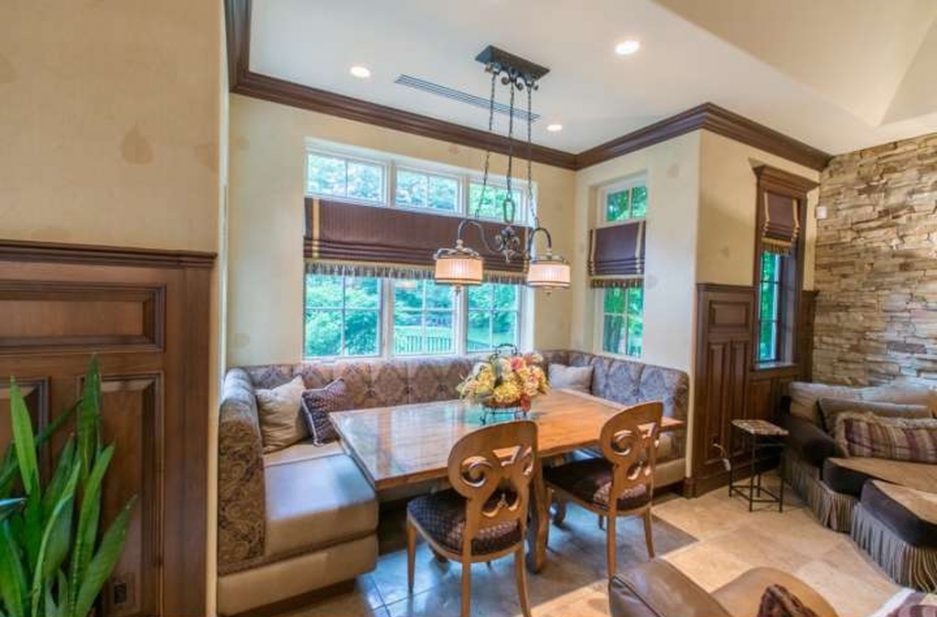 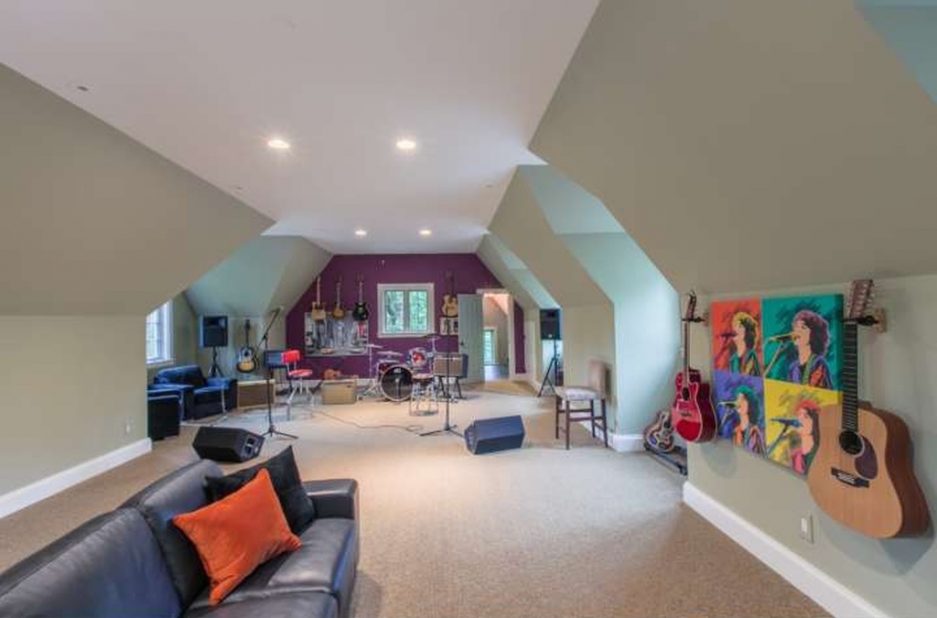 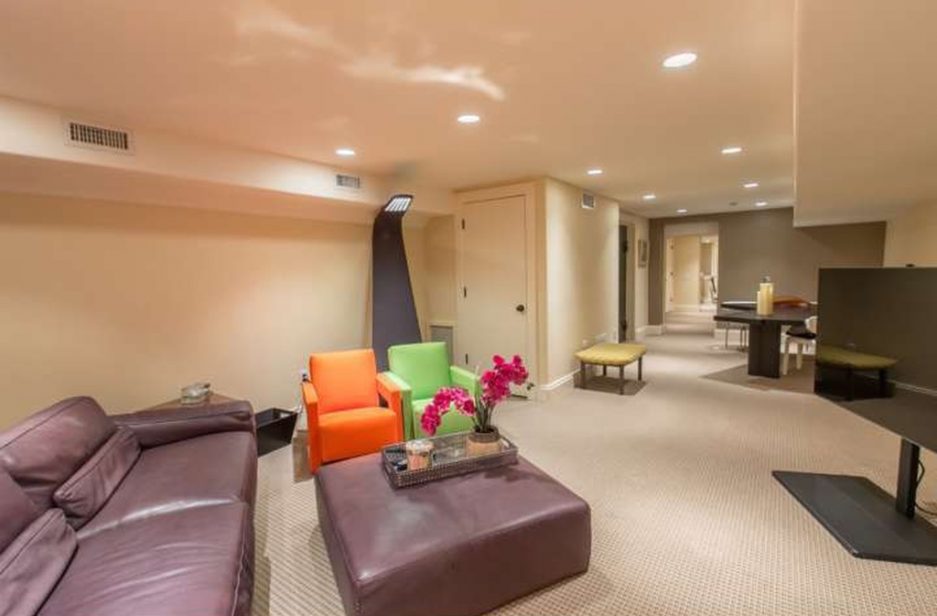 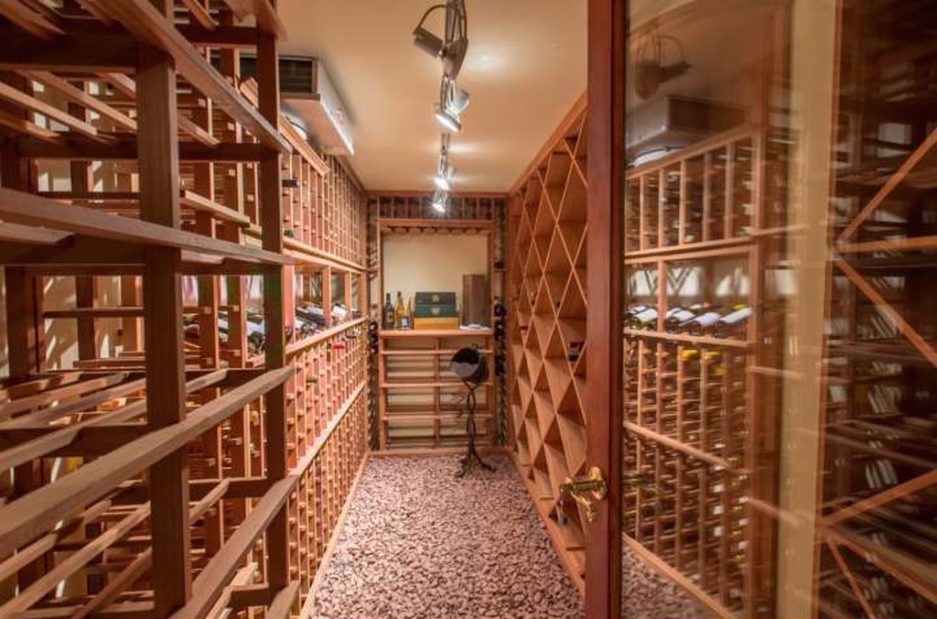 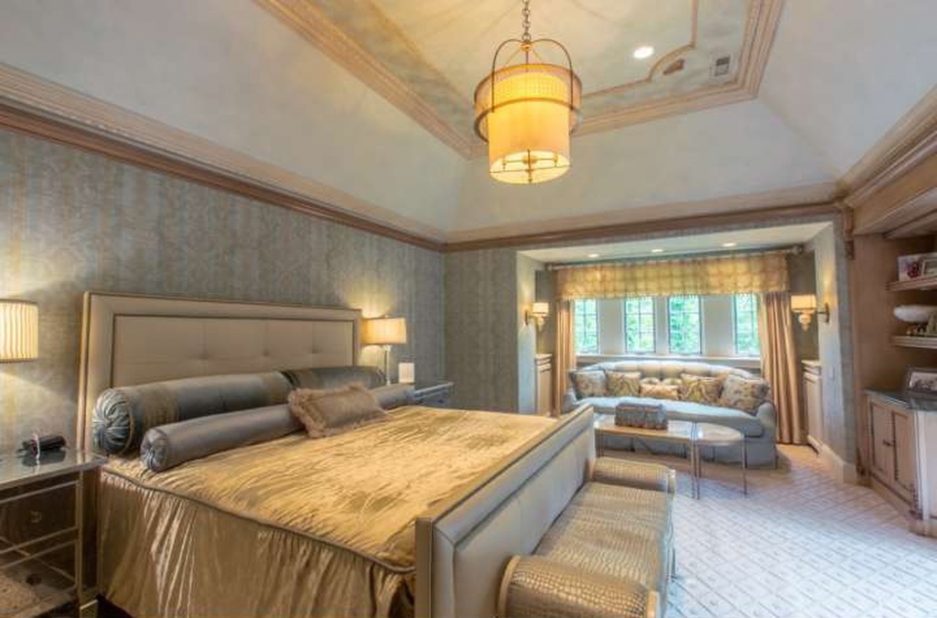 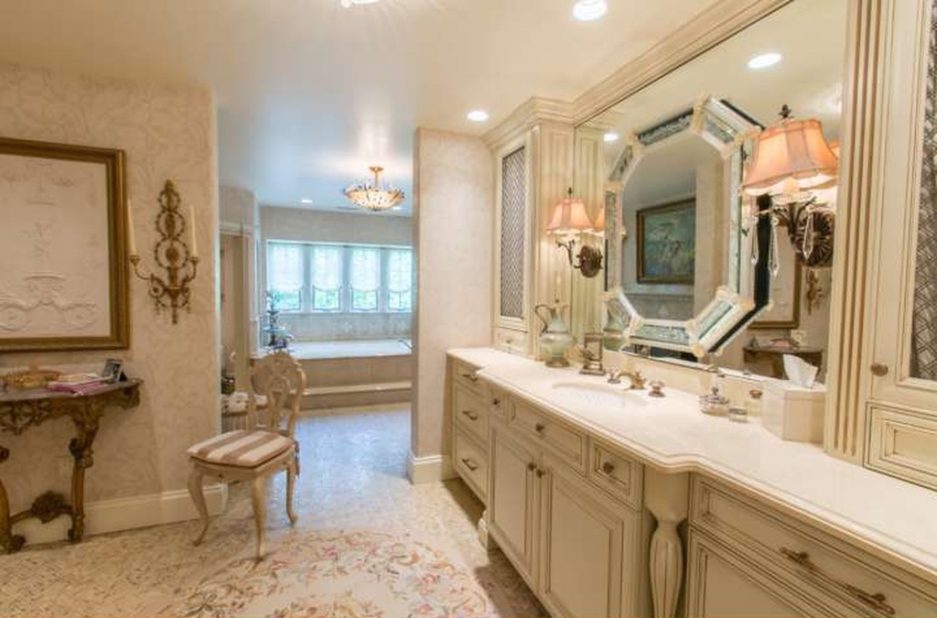 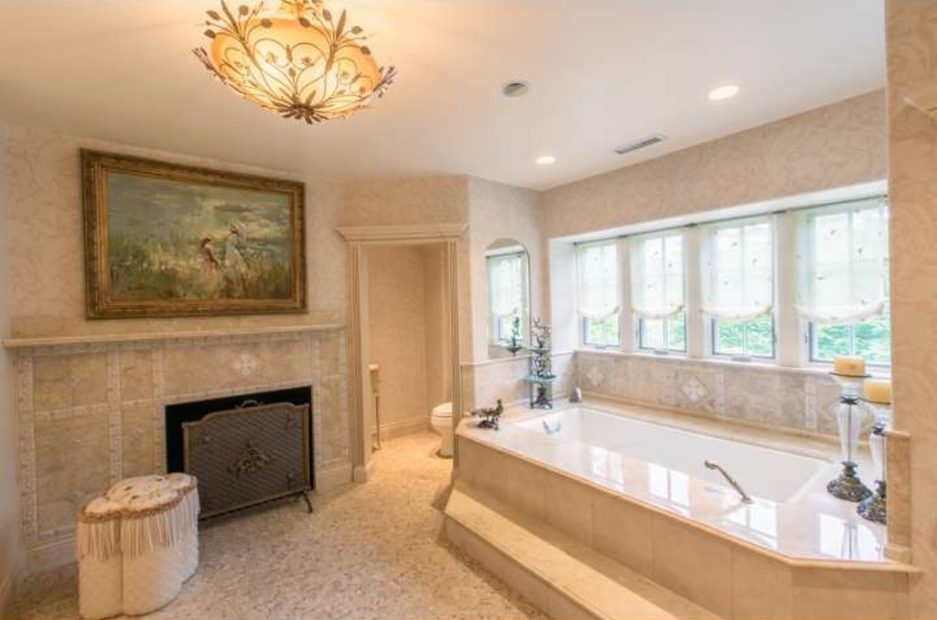 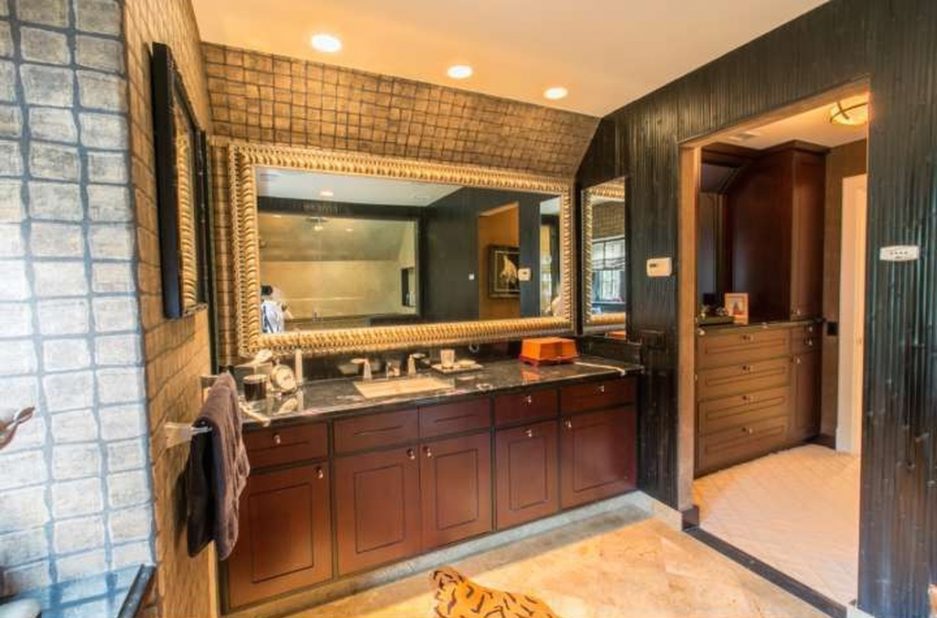 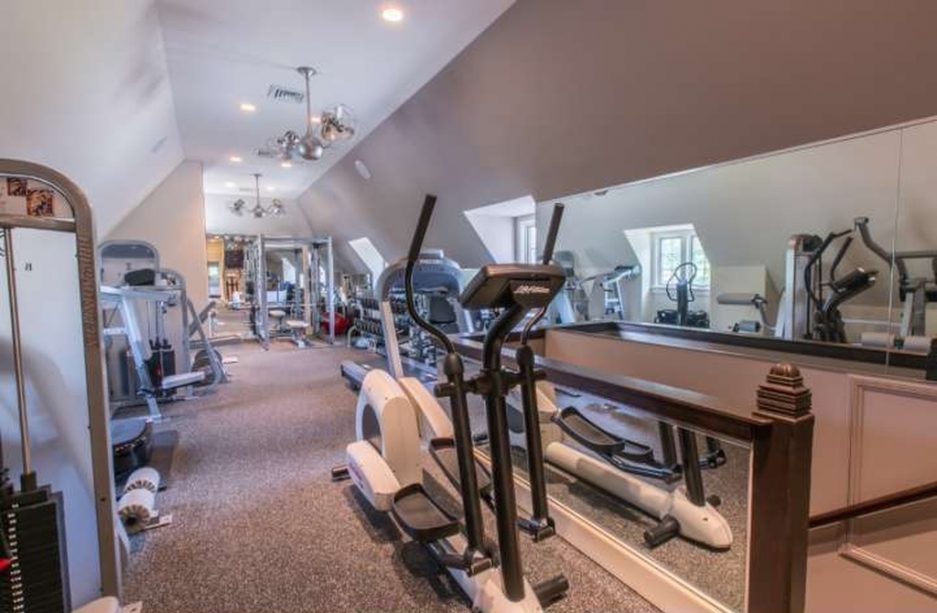 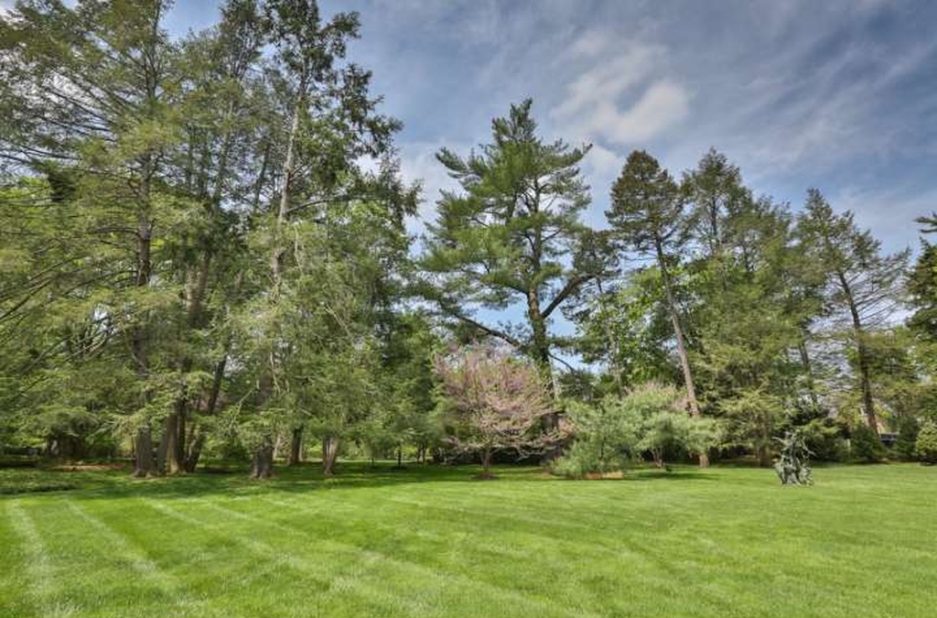 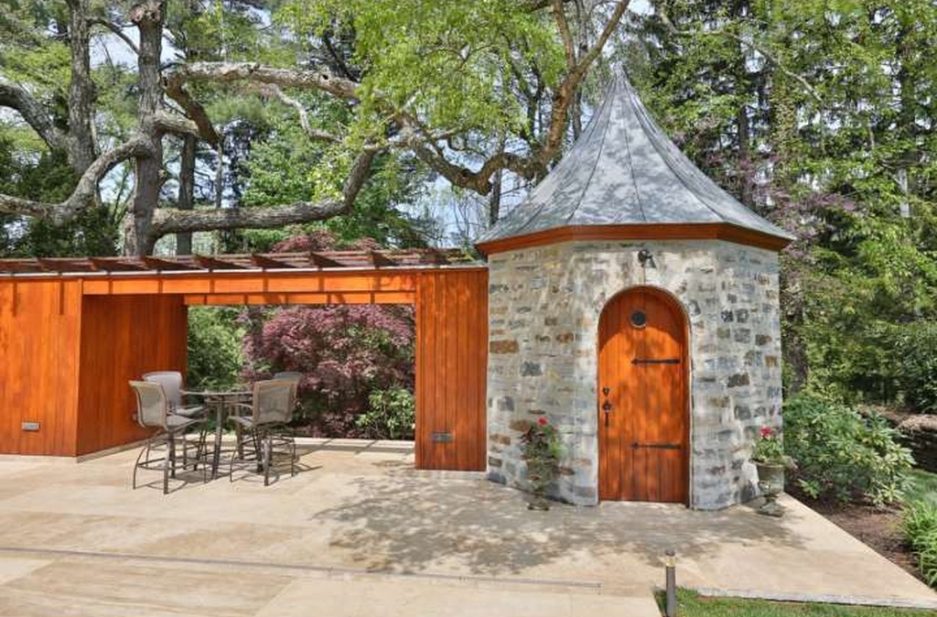 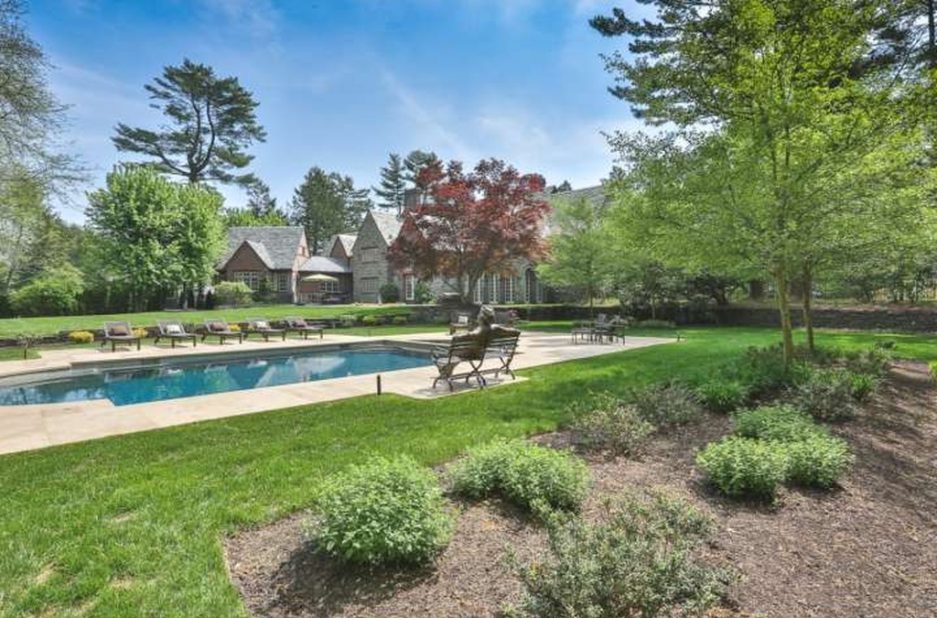 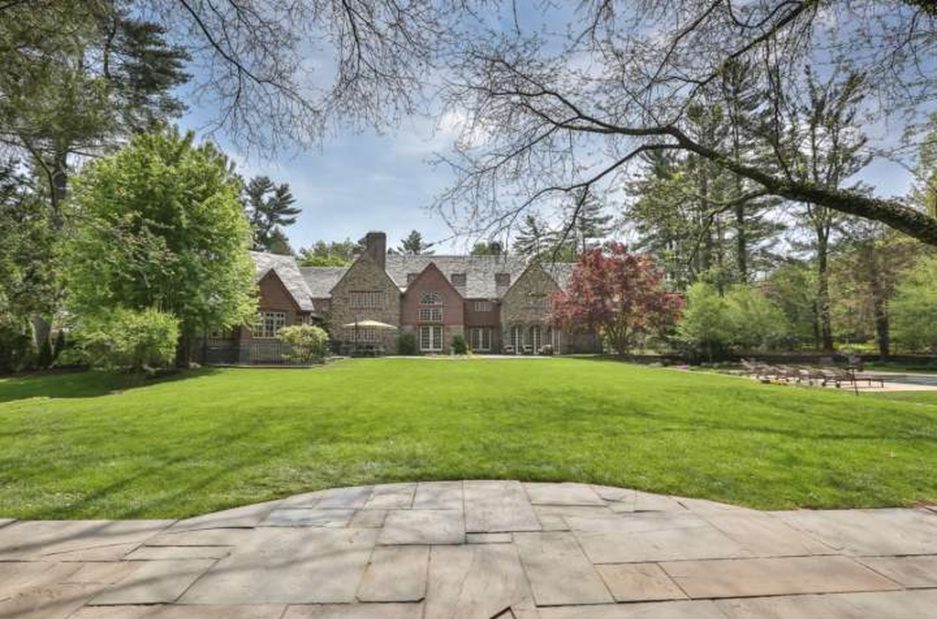 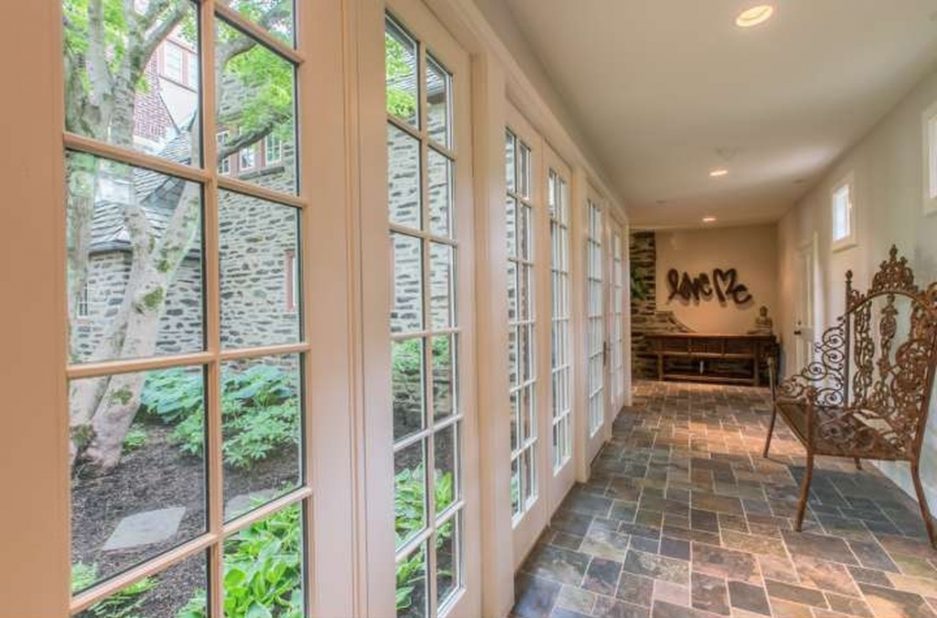 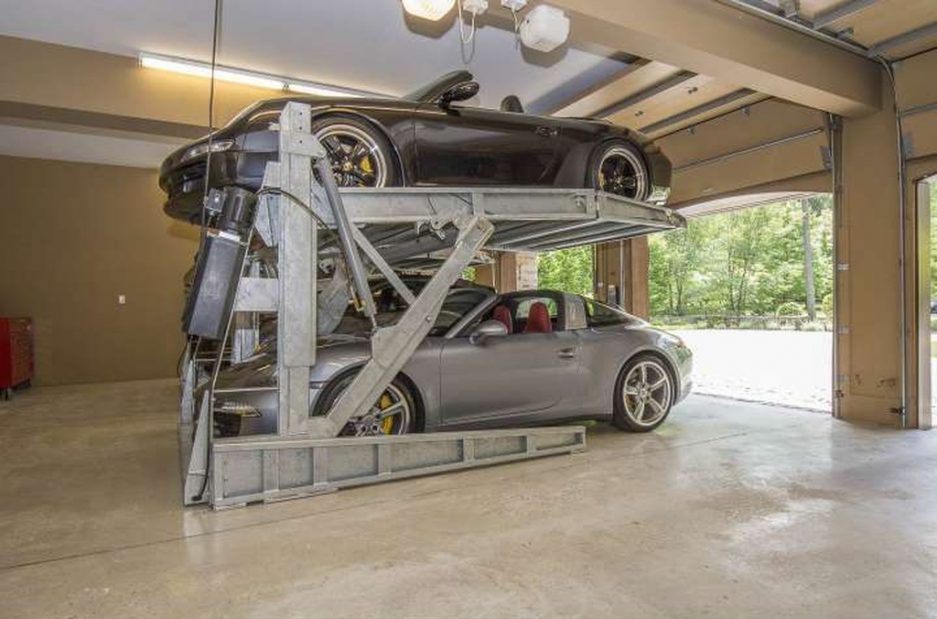 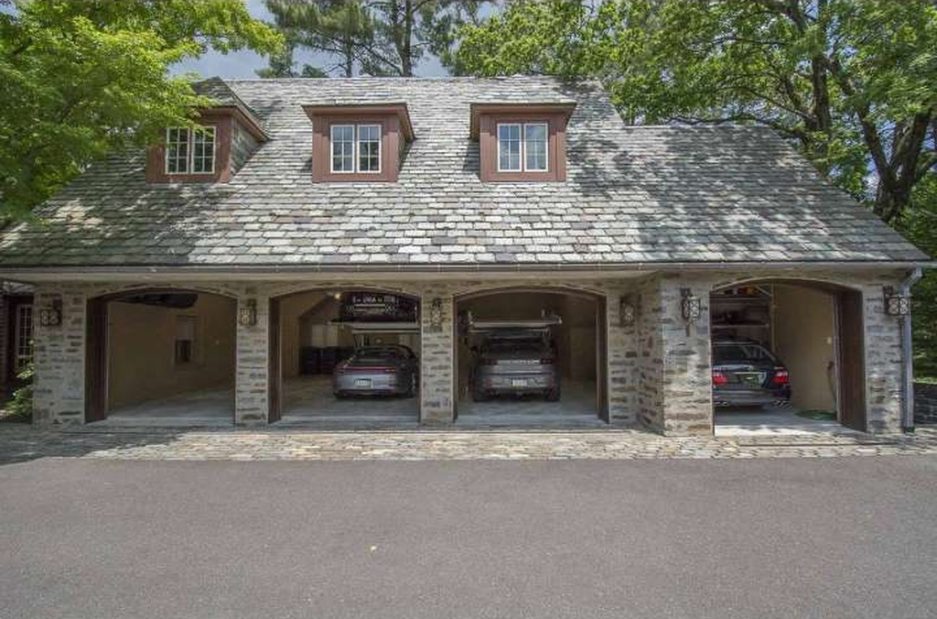