The East Passyunk Avenue Gateway is Coming Along Nicely (Photos)

More street furniture is being delivered this week, and a grand opening event could take place after Labor Day. The new plaza at the wonky intersection where East Passyunk Avenue meets Broad and McKean streets is coming together quite nicely. The construction fence has recently come down and a few benches, plantings and even the metal pavilion have been installed on the triangular public space.

Sam Sherman, executive director of Passyunk Avenue Revitalization Corporation (PARC), told us that the plaza is still very much in progress, but it’s getting there. More street furniture–namely tables and benches–is set to be installed this week.High-tech lighting will play a major placemaking role in the new plaza.

A heavy duty steel pole still needs to be installed and it will eventually project colored lights on the ground and on the McKean Street side of the adjacent Citizens Bank. The LED lights have already been affixed to the pavilion and the benches will get LED treatments as well. Sherman also said that lighting will be able to be projected onto the clouds, much like you see at a movie premiere, and really stamp home the fact that this will be the gateway to East Passyunk Avenue and all it has to offer. “Hopefully, you’ll be able to see it from Center City,” Sherman added. The whole she-bang will be computer controlled and the patterns and colors can be changed for seasonal usage and events.

Speaking of events, Sherman said that they’re planning a grand opening party of sorts (probably with nearby Palladino’s) to take place after Labor Day. “We can kick off the fall season with a nice ribbon cutting.”

The design comes from Studio Bryan Hanes, and originally featured a fountain, which later became an impractical element once it was discovered that an 18-inch gas main was located beneath the plaza. Sherman said the lighting is “going to go a lot further than a fountain,” due to the heavily-trafficked intersection being noisy and goal of drawing more attention to the intersection. Even though its still under construction, people have been already utilizing the benches for a morning cup of coffee or even an evening ice cream cone. “We now have three public spaces where you can sit down and take a break,” added Sherman, referring to the iconic fountain at Tasker Street, the brand new Mifflin Triangle and the upcoming Gateway. “It’s nice to see it activated.”

Eventually, the Gateway will be hooked up with Wi-Fi and speakers for public events.

Take a look at some of the progress. 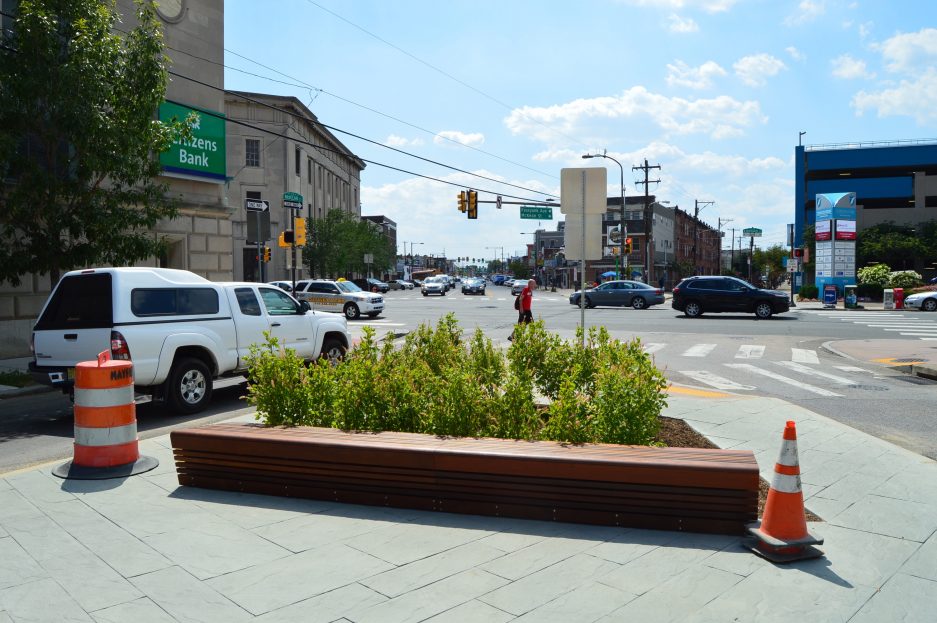 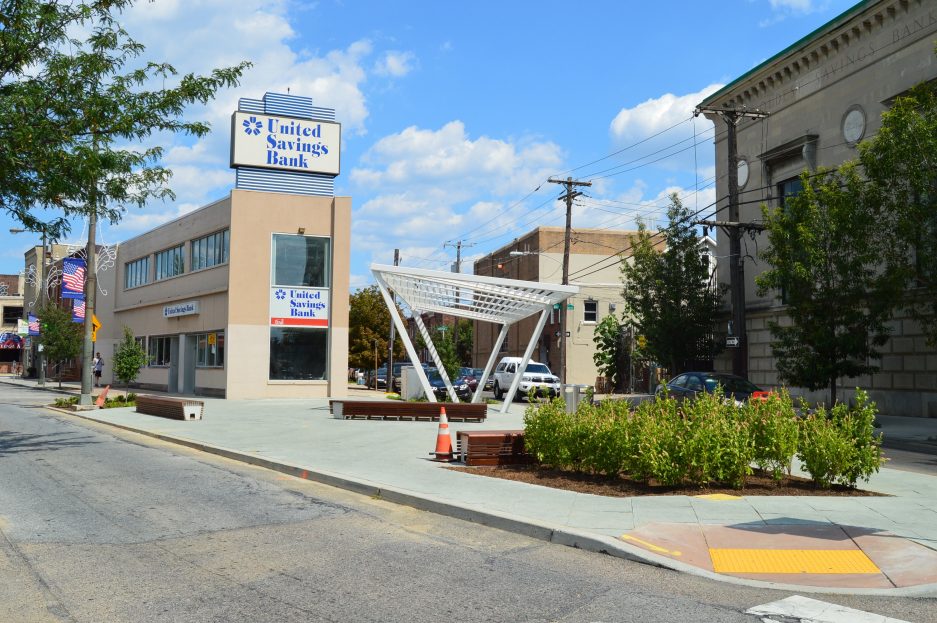 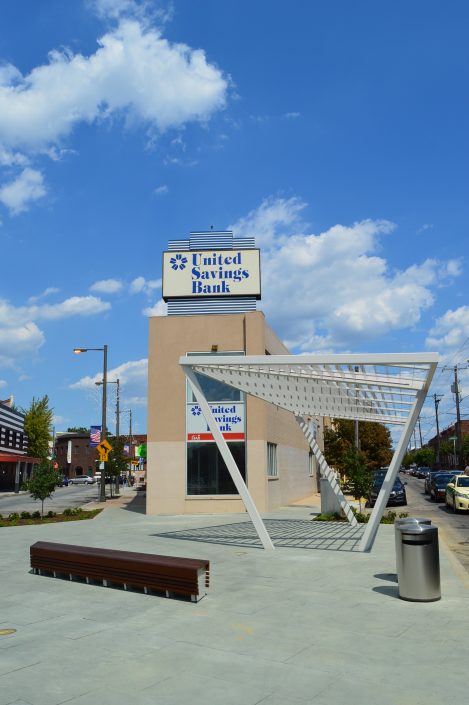 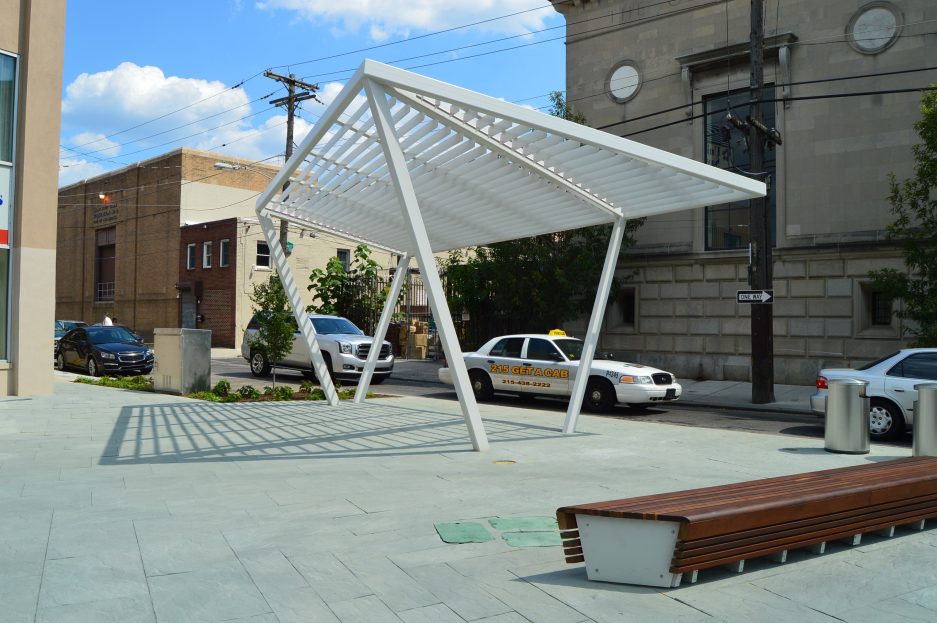 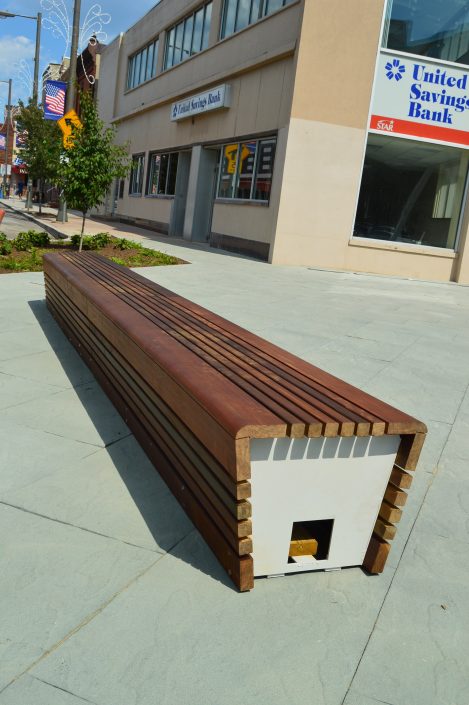 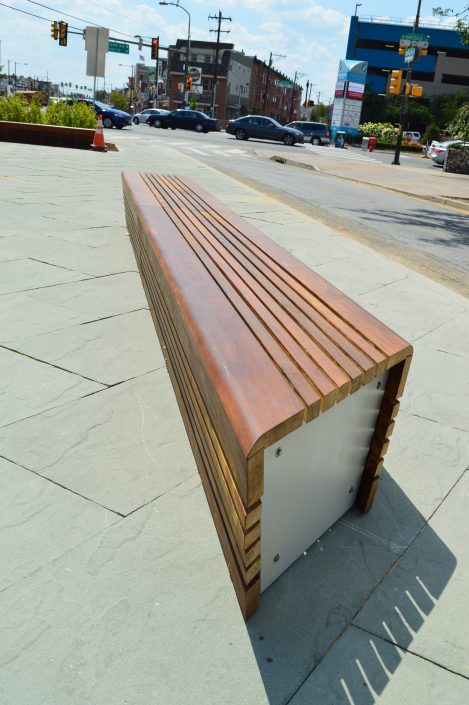 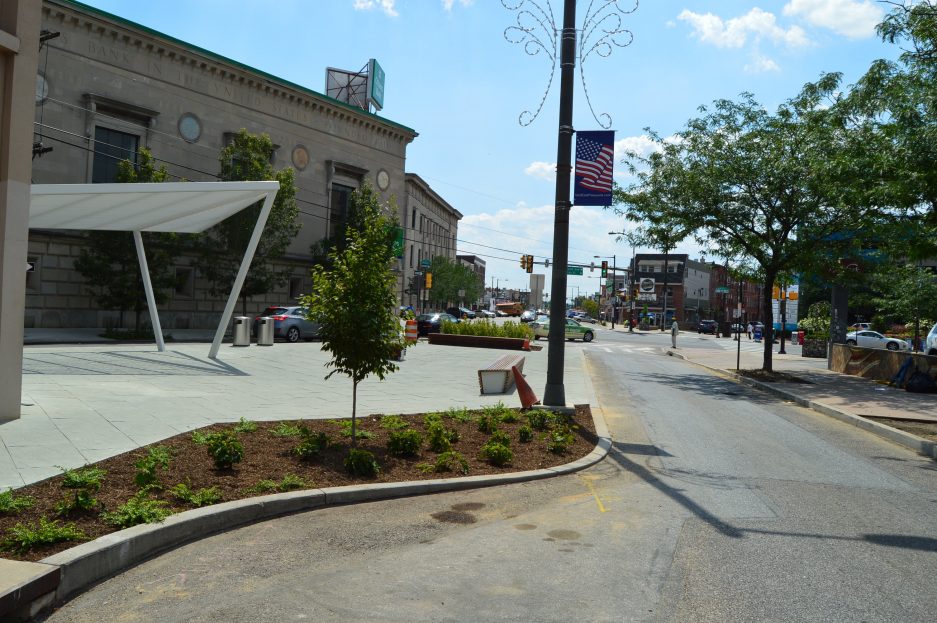 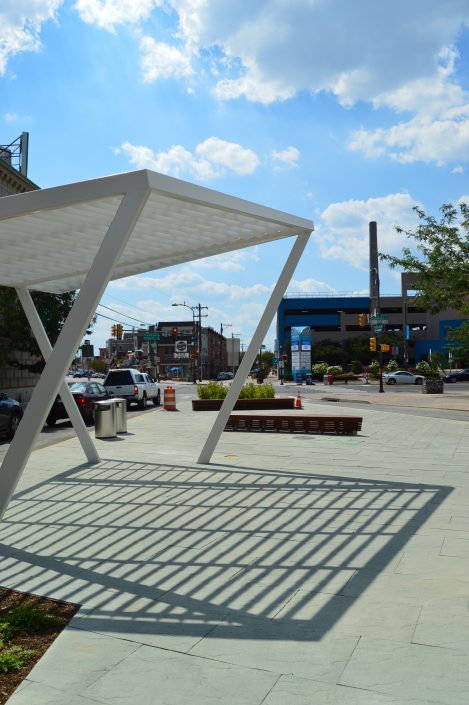