Legendary Roots: An Architect Pays Homage to an Icon in Chestnut Hill Atallah built an elaborate stormwater management system beneath the gravel garden in the front of the home, allowing for clean water to be slowly released into the Wissahickon watershed below. Photos by Jeffrey Totaro

Talk with Elie-Antoine Atallah—the principal of Studio of Metropolitan Design Architects—for any amount of time and it’s clear the man appreciates the history of his profession, especially the work of his “hero,” Louis Kahn. So when it came to designing a home for his own family, it’s no wonder he envisioned a dwelling steeped in the many design principles of his idol.

After a decade of searching for the ideal spot, Atallah finally landed on an undeveloped, sun-drenched plot of land on St. Andrews Road in Chestnut Hill. The site was perfect, but, Atallah says, full of challenges—namely, a steep drop-off. Atallah ended up using the slope to his advantage, building upward and creating a floating effect by cantilevering the entire “cedar box” that houses the bedrooms, their balconies and a separate smaller terrace off the living room.

Kahn’s influences are evident in Atallah’s careful consideration of form and light throughout the design. The front of the home, a mass of manganite bricks “sliced” by a vertical wooden entryway, is private and subdued. The back opens up to a wall of windows overlooking a beautiful gully full of mature trees and vegetation.

“The simplicity of the house is amazing,” notes Atallah. “I worked really hard to get it that simple.” 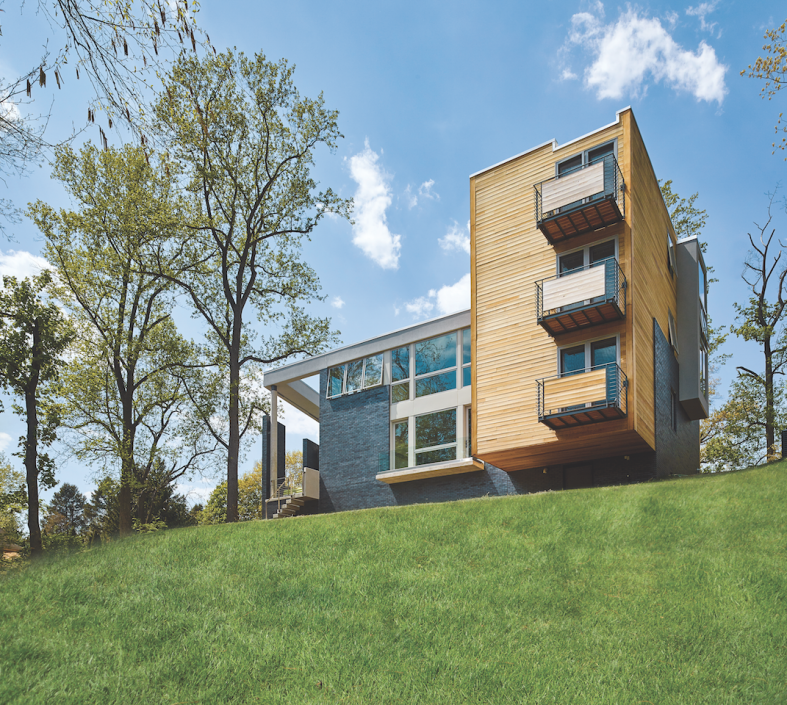 The rear of the home overlooks a steep slope into the Wissahickon Creek watershed. The cantilevered terraces off the bedrooms give the illusion that you’re among the trees. 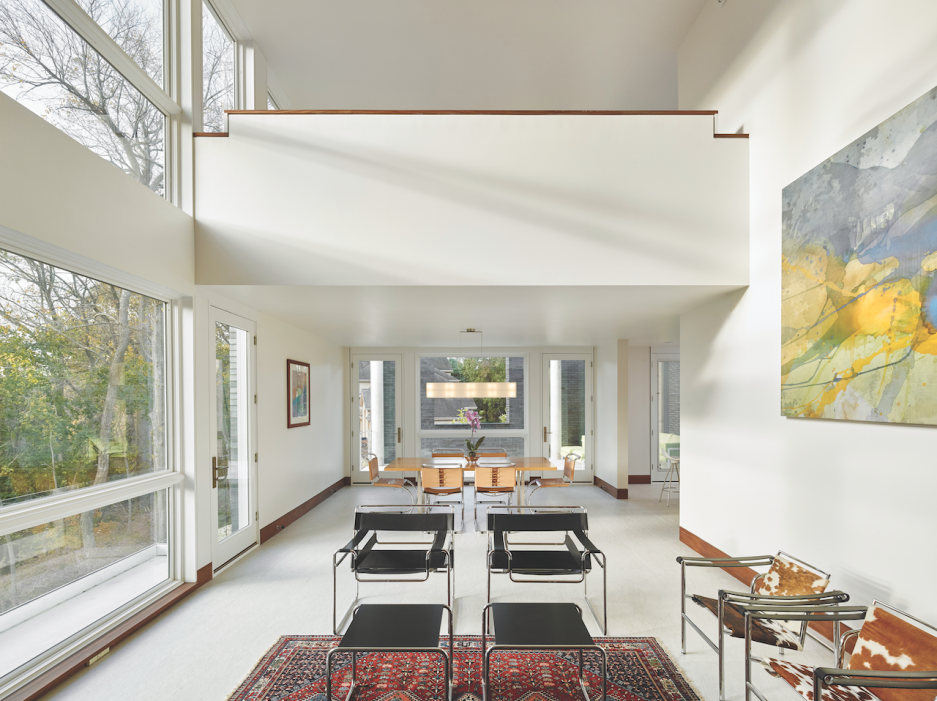 Atallah has amassed quite the collection of designer furniture over the years, including Marcel Breuer’s Wassily chairs and tables by Knoll and Le Corbusier’s LC1 armchair by Cassina. Artwork by Cathy Hozack. 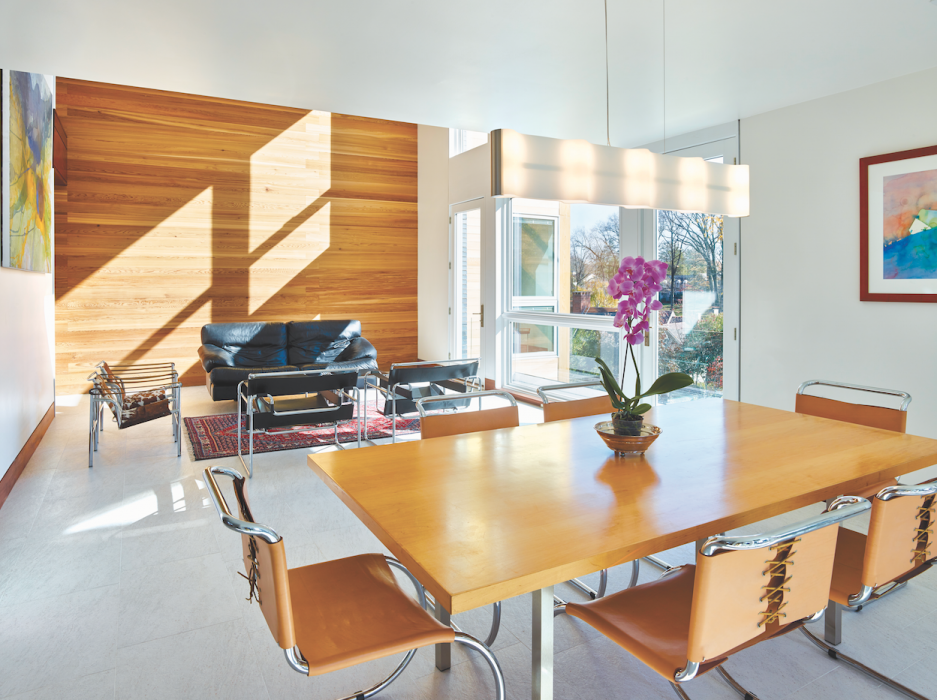 Light plays a vital role in the home, and the cedar wall in the living room acts as a focal point of the design, subtly showcasing different characteristics throughout the day. Chandelier: Surf SO2 by Studio Italia Design. 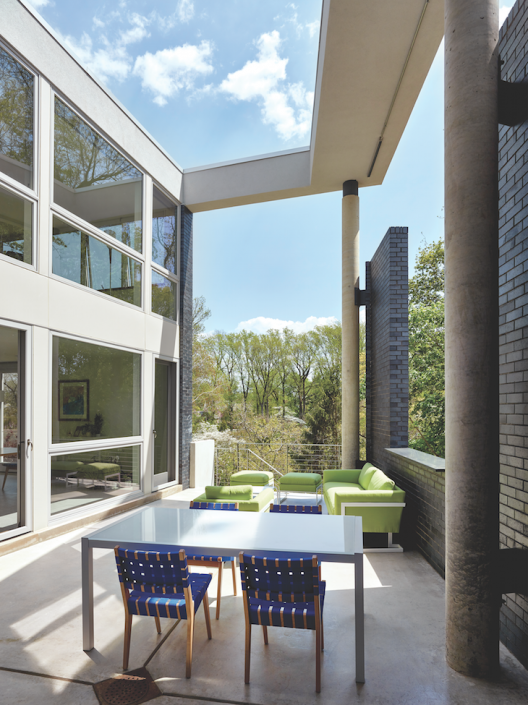 The loggia is like a private outdoor room and acts as an extension of the kitchen and dining room. “We are always out here,” says Atallah. 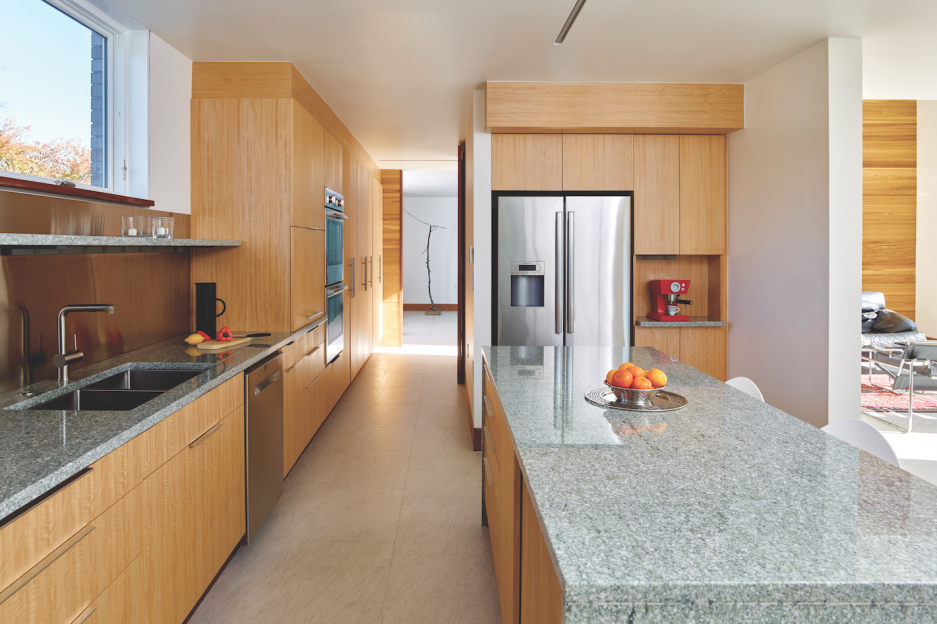 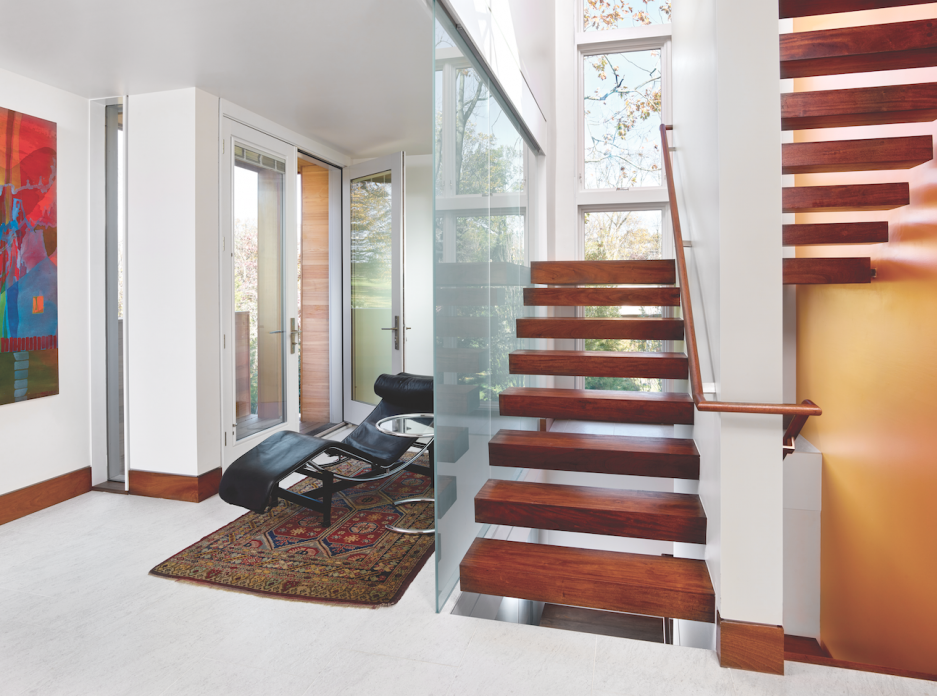 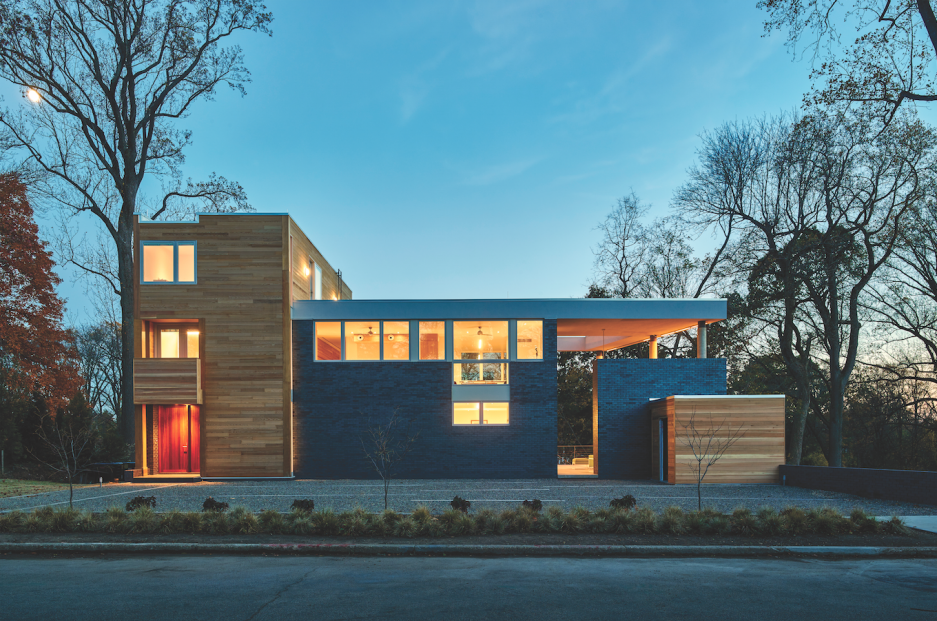 Atallah, who grew up in high-rises in Beirut and Paris, says the home’s location makes it feel “almost rural, even though it’s in the city.”