Last week we told you about the Art Commission approving the design of the June 5th Memorial Park. So what’s the next step? Architect and project manager Scott Aker tells us the the next stages in the project’s unfolding are “now entirely dependent on fundraising efforts.” The magic number to get the ball rolling? $1.3 million.

Thus far, the city has pledged a $300,000 cash infusion, Mayor Nutter announced during the second anniversary ceremony last Friday. Asker adds that while the memorial committee work on fundraising, the design team is developing construction drawings, with bid documents anticipated for mid-summer. “We will be filing for permits by the end of August 2015,” he writes. As for when we can expect the groundbreaking? If all goes accordingly, that would be fall 2015.

Perhaps the most talked about point in the park’s design is “Witness,” the sculpture that will stand as a monument commemorating the lives lost in the tragic Market Street building collapse two years ago. Recently, artist Barb Fox who designed the piece told us it was a great honor to be chosen, noting the project’s unique and diverse team of experts who are volunteering their time and resources toward its development.

“I’ve met the victims’ families and understand, a little better, how important this memorial is to them,” she says, adding, “I hope this will be my first, and not my only, public work, because I would love to have an opportunity like this again.”

Below, a gallery of the project plans, as well as a walk-thru video by Elkhrraz-Studio. 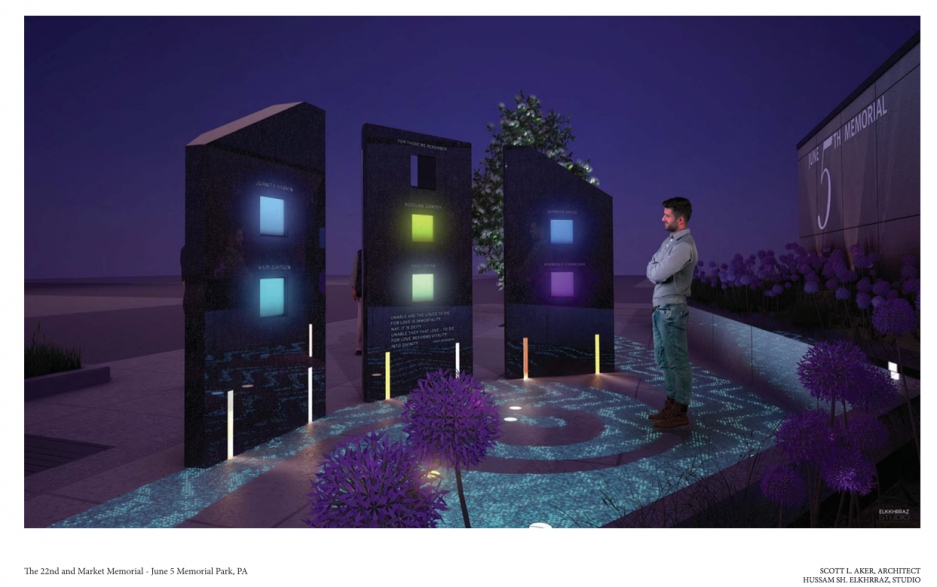 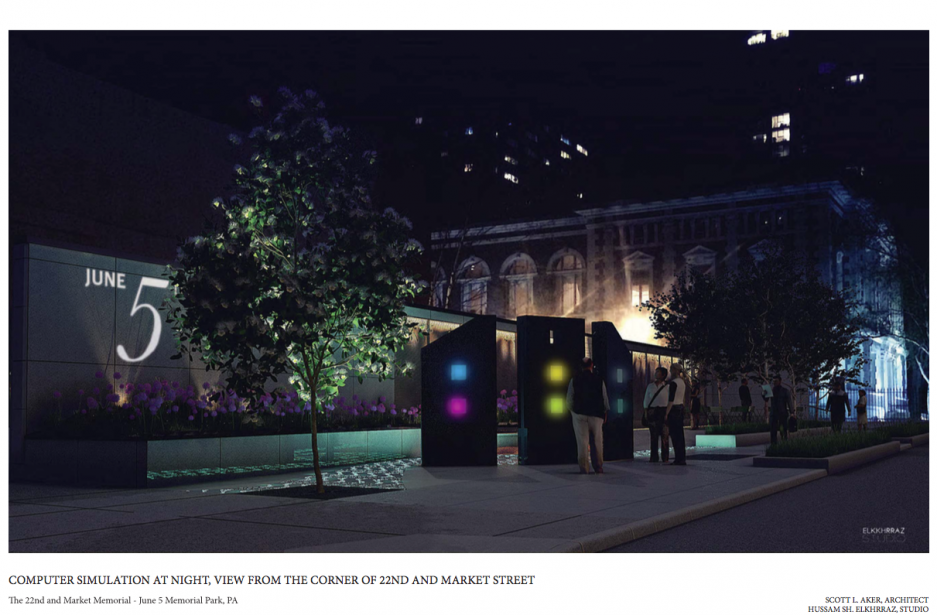 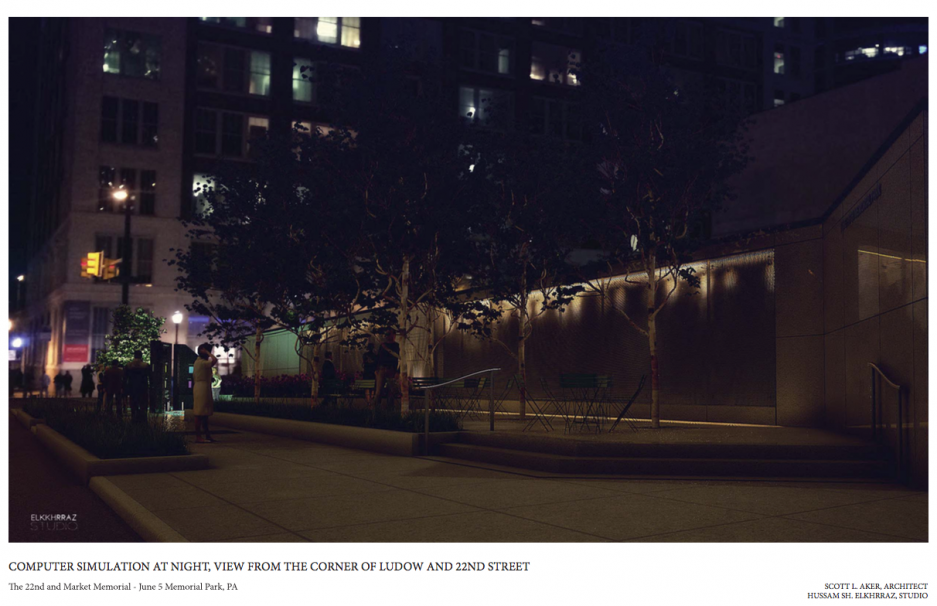 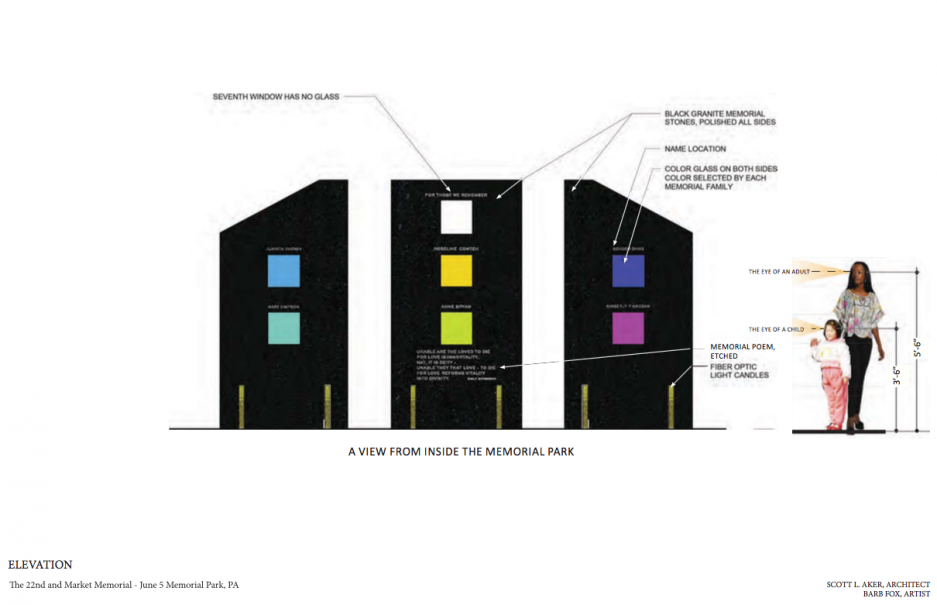 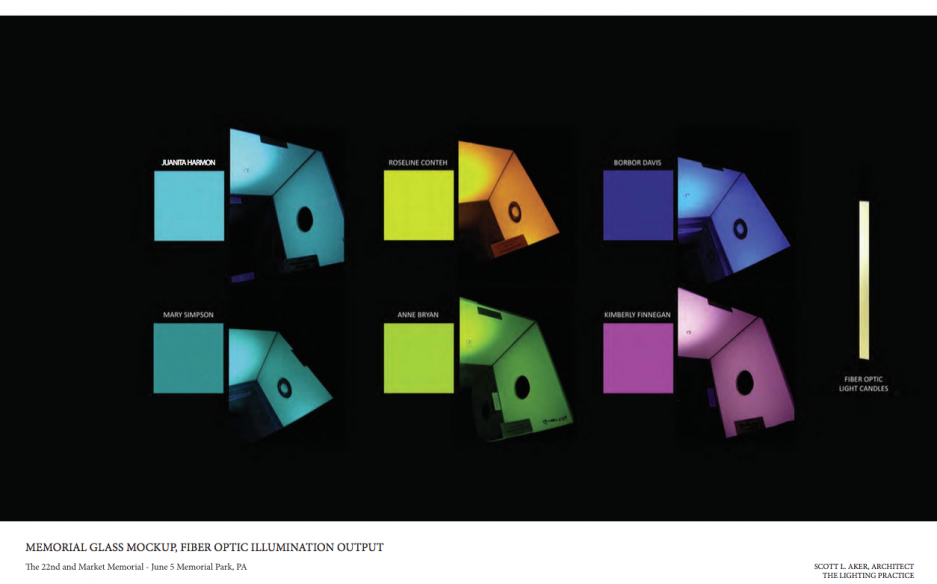 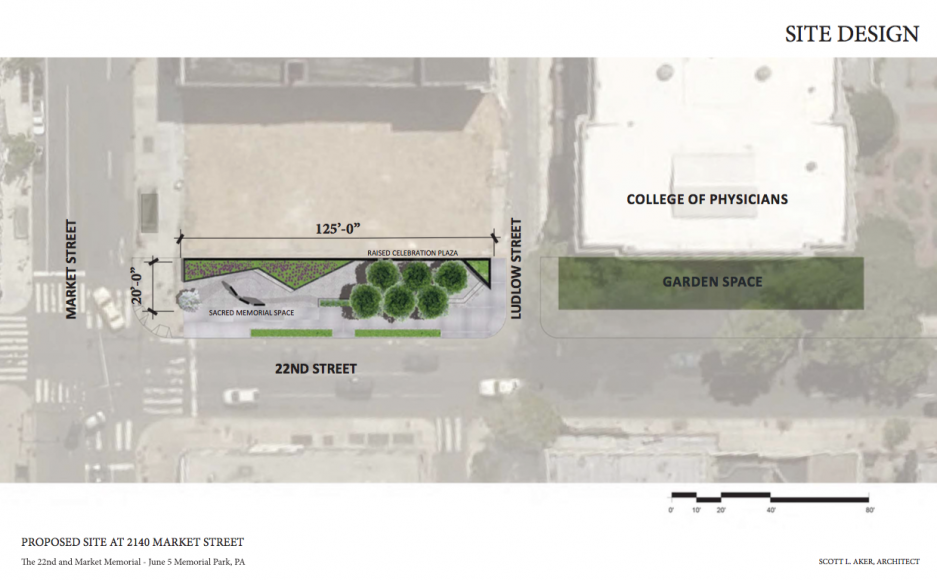 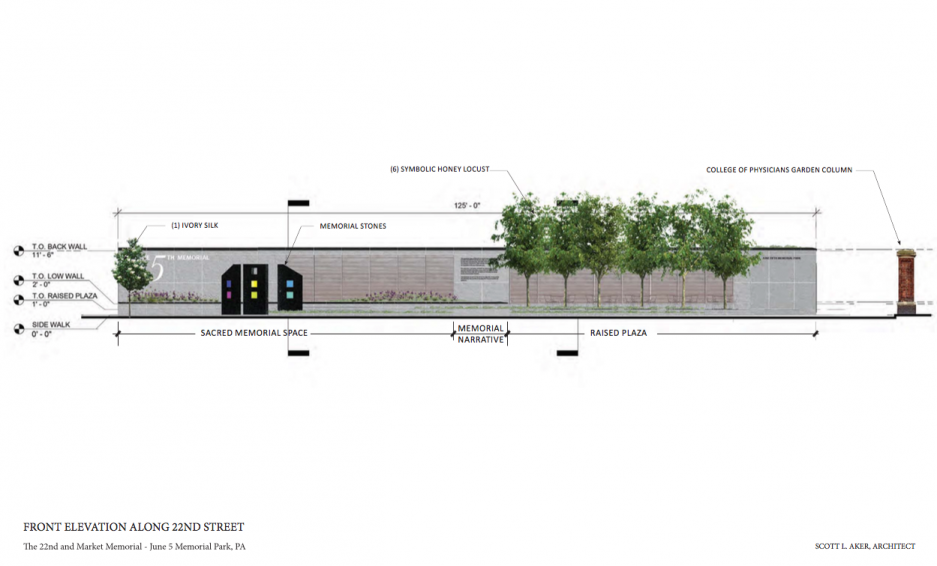 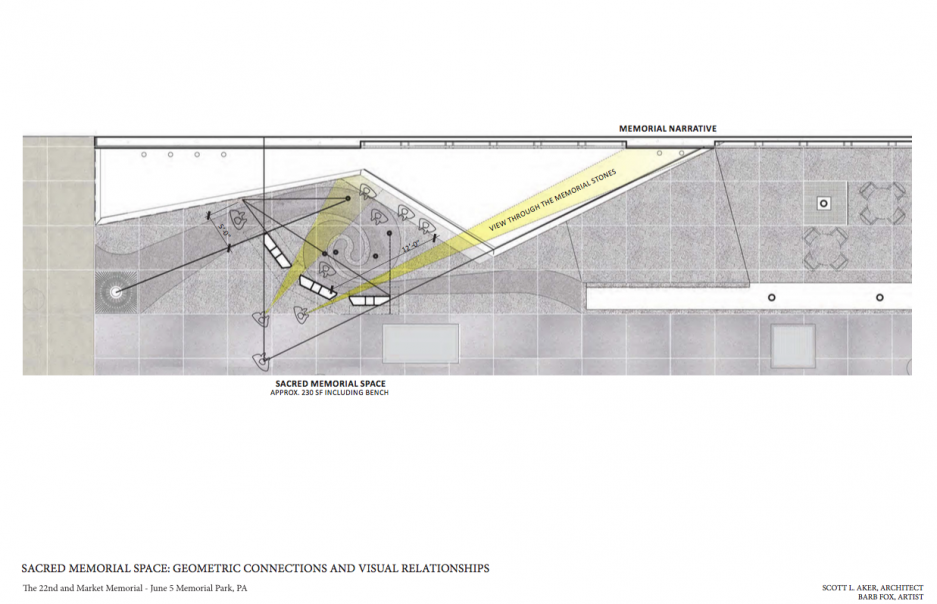 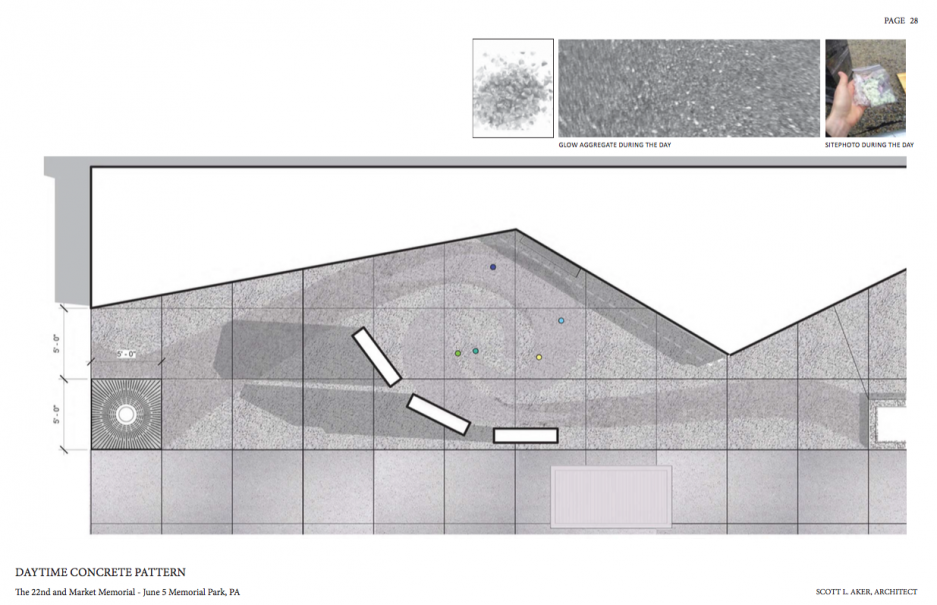 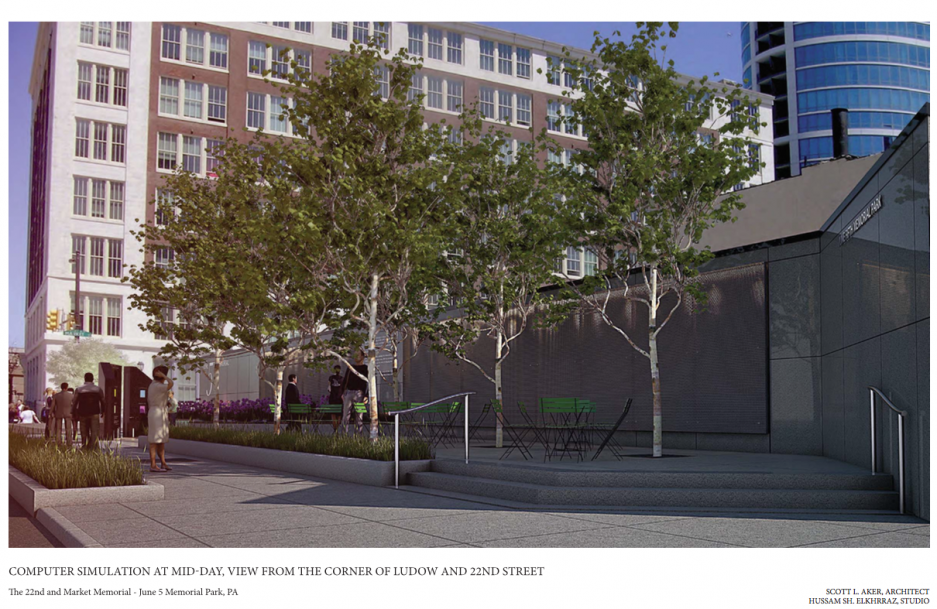 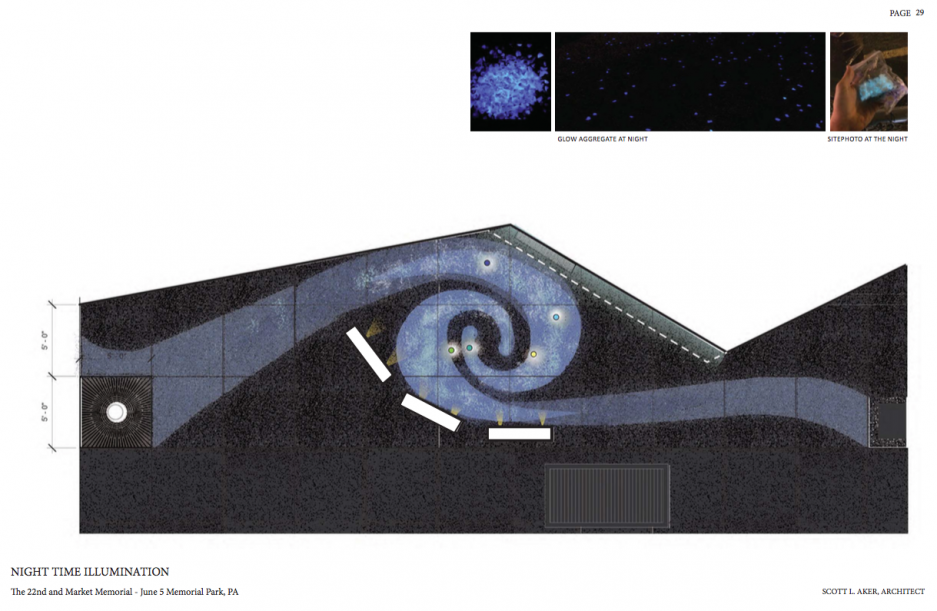 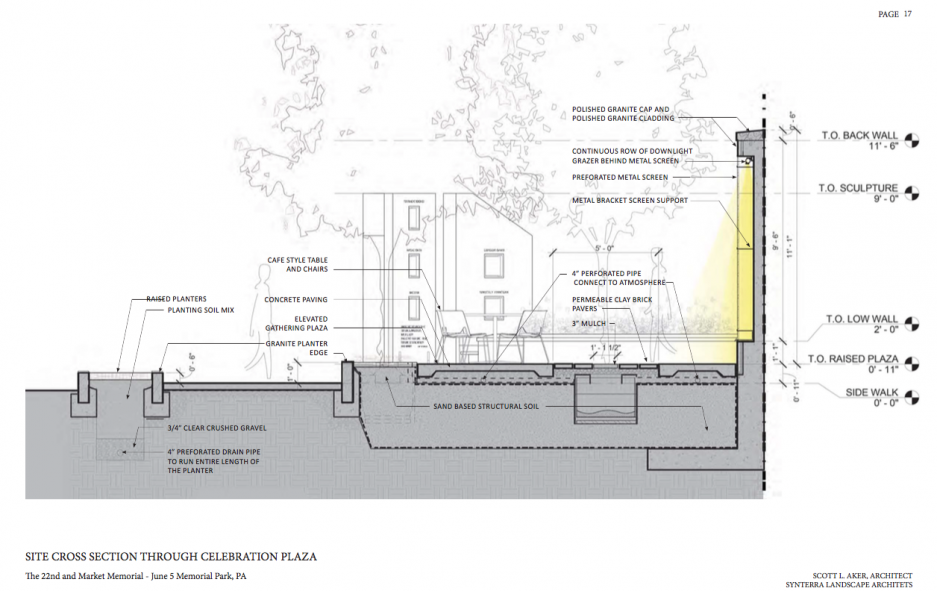