The Secret Plans for The Gallery Have Finally Been Revealed

PREIT and Macerich are reinventing The Gallery into the Fashion Outlets of Philadelphia. Is that The Gallery? No. It’s the Fashion Outlets of Philadelphia | Images courtesy of PREIT

Welp, the genie is now officially out of the bottle. PREIT and Macerich have finally come forward with their vision for The Gallery and it’s full of windows, digital signage, stark white floors, glassy escalators and 125 new restaurants and higher end shops, albeit it probably their discount lines. Hell, it won’t even be called The Gallery anymore. No, it turns out that Fashion Outlets of Philadelphia rebranding bit was true after all. It really is the end of The Gallery as we know it.

The Inquirer got an exclusive first-look at the plans from PREIT’s CEO Joseph Coradino, who said the renovation project would take two years, with parts of the mall closed off during construction. A hefty chunk of the funding for the project is backed by $113 million from the city (over time) and $35.5 million from the state. It is expected to cost $575 million overall, according to PREIT. Of course, this is all pending approval from City Council, the Philadelphia School Reform Commission and the Philadelphia Redevelopment Authority.

The design from JPRA Architects is certainly more engaging with the Market East streetscape. According to a press release, the Fashion Outlets of Philadelphia “will open the site to Market Street and completely reimagine the shopping, dining and entertainment experience for tourists, commuters, office workers, and residents throughout Philadelphia and the region.” Glass storefronts will liven up Market Street and the allow shoppers to enter from the sidewalk. The facade looks to even have come color and material variations that make it visually interesting.  Probably the most dramatic change to the exterior of the three-block behemoth (aside from all of the digital signage), is at the 9th Street entrance, which the press release calls a “glass-walled Center Court” that will act as the hub to the revamped mall.

Inside will get a similar overhaul: stark white tiles, wood grains and new escalators will lighten things up and give everything a streamlines and modern look. Per The Inquirer, PREIT hasn’t signed a tenant (although the article name drops the lower-cost brands by Gucci, Prada and Burberry and a restaurant/food palace like Eataly) and won’t do so until an agreement is made with the city.

The renovations only further the boom taking place in and around the Market East corridor. The gigantic East Market project is rounding out the demolition at 11th and Market. Brickstone Realty is bringing a large mixed-use apartment project behind it on the 1100 block of Chestnut Street. The Dow Building has been renovated and Brandywine Realty Trust just bought the mixed-use parking garage at 7th and Market Street. It seems like it’s only a matter of time before something happens at the enormous lot at 8th and Market, where Ken Goldenberg hoped to build Philly’s 2nd casino.

For those of you more concerned with how this will impact your commute in and out of Jefferson Station, there are a few bits of information you might want to know. Parts of the mall will be closed during the demolition and construction phases, but you’ll still be able to access the station. Per the press release:

Construction is set to begin “immediately” upon approval from the city and the goal is to have the Fashion Outlets of Philadelphia open by spring 2017.

The Fashion Outlets of Philadelphia (The Gallery) 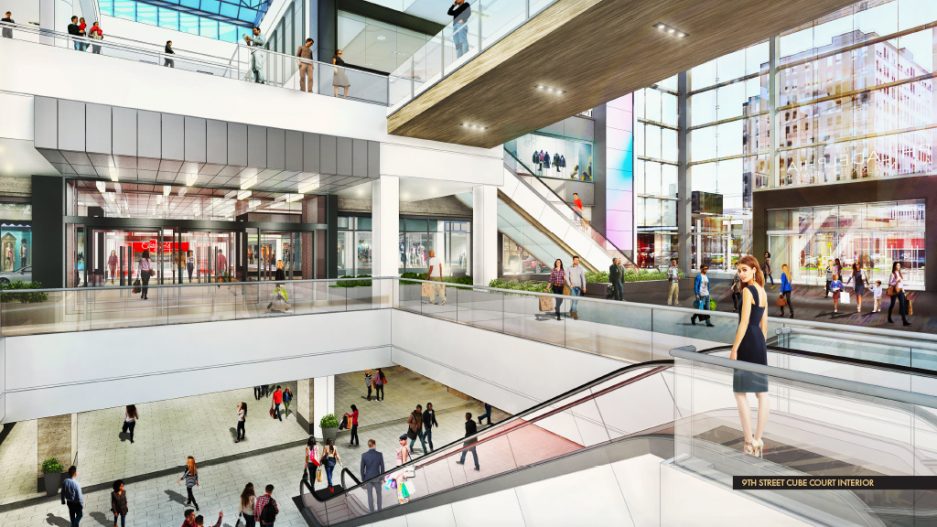 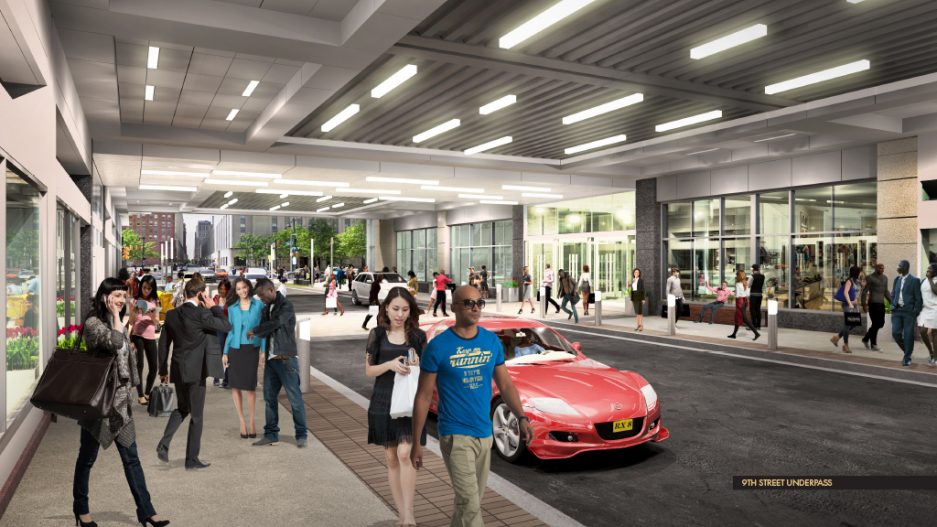 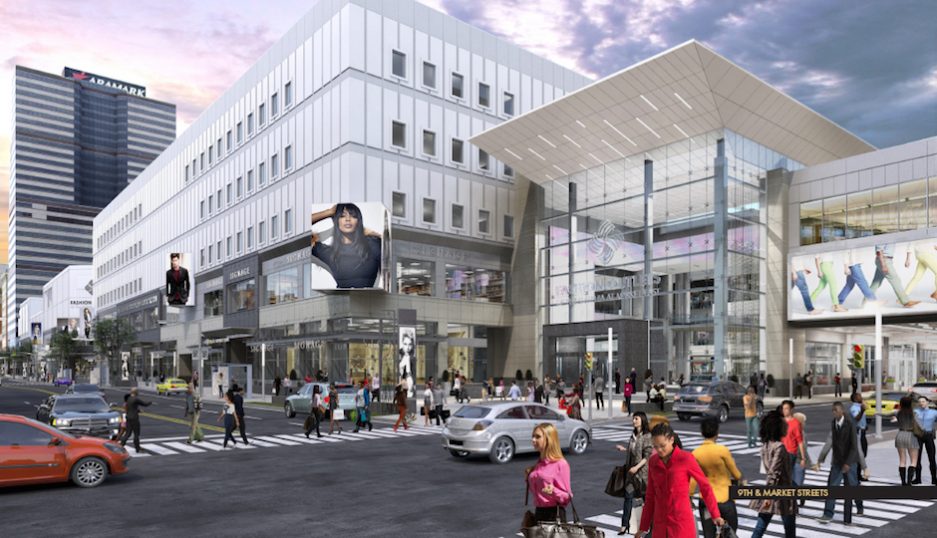