After years of sitting in quiet disuse, the St. Andrew’s Collegiate Chapel at Spruce and 42nd will open its doors to the public for a three-day-only installation by artist Aaron Asis called “Ci-Lines.”

Given that the site-specific piece is in conjunction with Art in the Open, an exhibit by the University City Arts League that celebrates artists “and their relationships with the urban environment,” the long-shuttered chapel seems like the perfect spot to have it.

According to Hidden City’s Michael Bixler, the Gothic Revival building, built circa 1924, was designed by Zantzinger, Borie and Medary for the Philadelphia Divinity School who used it to hold “sermon lessons and school services” until its closing in 1974. Today, NewsWorks Peter Crimmins reports, the chapel is owned by the University of Pennsylvania.

Under Penn, the structure has remained closed for about two decades. (UCAL executive director Annie Monnier tells us rumor has it that it would take “over a million to renovate” the building, which doesn’t have heating or working plumbing.)

So how exactly did the non profit come to temporarily occupy a building the public hasn’t set foot in in years? Lori Waselchuk, who is part of the gallery committee, says it was two-month process that started at the suggestion of Ann Kreidle, the program manager at the Penn Alexander School, the school that’s collaborating with UCAL on the exhibit.

After pointing to the chapel as a possible site, Kreidel referred the group to Jones, Lang LaSalle, Penn’s property manager. What followed was a site visit, official proposal, and an application to obtain a permit of temporary occupancy from the city’s department of Licenses & Inspections. The building was deemed safe after an inspection, but will only hold forty people at a time.

“Once you enter into it, it has more of an overhead effect, and you start to explore what the strings are connected to. You’re exploring the church,” Asis has said in Crimmins article. Now, you can explore the church for yourself at tomorrow’s public opening between 12pm and 4pm.

All images by and courtesy of Lori Waselchuk. 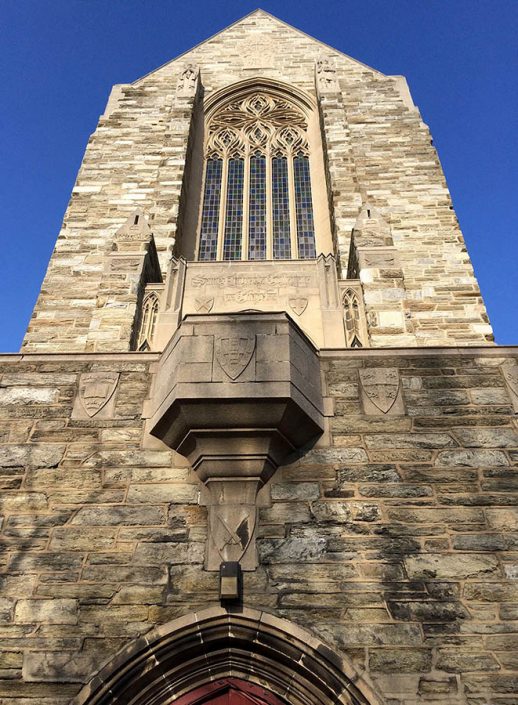 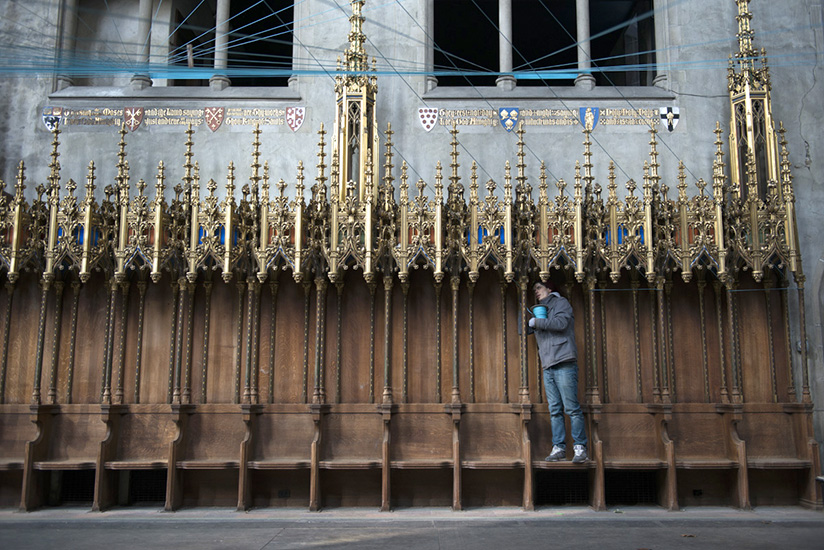 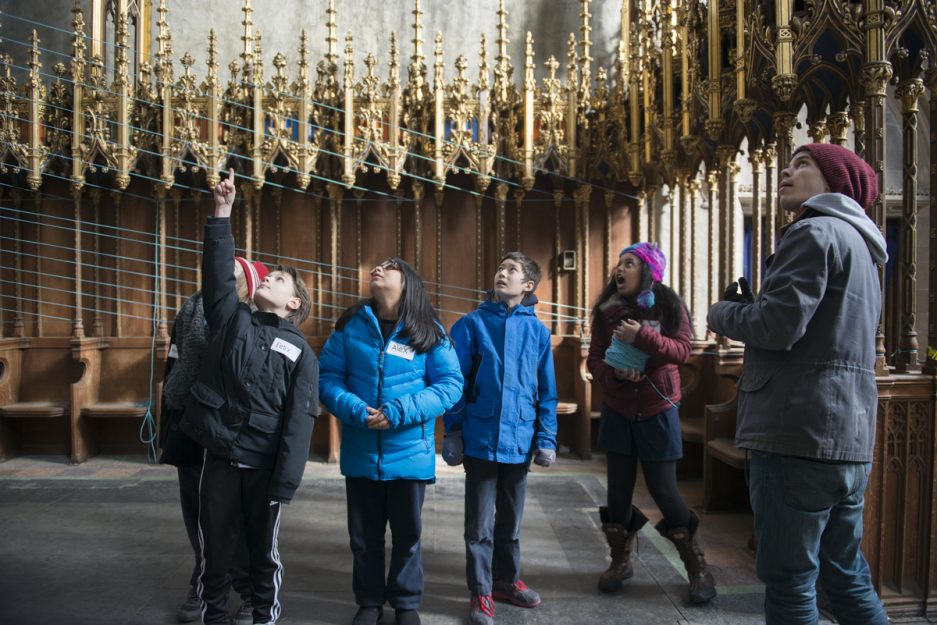 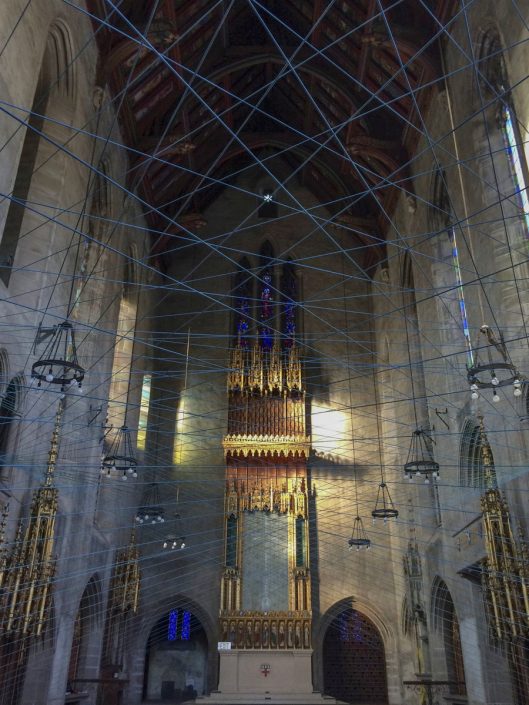