Located in the heart of Society Hill, these properties are chock-full of American History. Gather ’round, all ye history buffs and house hunters/gawkers. We have a special listing for your viewing pleasure–The Shippen-Wistar and Cadwalader Houses at 4th and Locust are on the market and being sold as one property. Let’s just say, it’s one immensely historical renovation project.

Allan Domb purchased both houses, which have been combined on the interior, almost exactly a year ago and they’re available as one property for $5.5 million.

The Shippen-Wistar House has a fascinating story featuring a who’s-who of the movers and shakers in American History. In 1744, William Penn gave the land to Dr. William Shippen, a renown surgeon who, along with Benjamin Franklin (among others), founded the Public Academy in 1749–the forerunner to what would eventually become the University of Pennsylvania. Under the ownership of Shippen, George Washington, John Adams, Richard Henry Lee and Francis Lightfoot Lee were all guests at the home on 4th and Locust. So, how to you top that?

Let’s just say flowers, vaccinations and Lewis and Clark are all involved.

Shippen later sold the house to Dr. Caspar Wistar, the man whose name has since been given to the Wisteria by noted botanist Thomas Nuttall. Wistar, an early proponent of vaccinations and a friend of Thomas Jefferson, also consulted Merriwether Lewis (of Lewis and Clark) before his expedition. In fact, Wistar was excited by Jefferson’s theory that giant mastodon roamed the Western Plains and encouraged Lewis to trap one alive. How cool is that?!

Have we hit all of the history boxes on your checklist? Actually, we haven’t even gotten to the adjoining Cadwalader House. Built on the side yard of the Shippen-Wistar House, it’s dual entrance is a notable feature due to the fact that Judge John Cadwalader both lived and worked out of the handsome building. At four stories, it’s taller than the Shippen-Wistar House and also contains a dormered roof, making it soar above the corner property.

If you’re into historical renovations, there probably isn’t a better opportunity on the market today. Not only are both houses being sold together, the rear courtyard/garden is another wonderful space that’s included in the property. 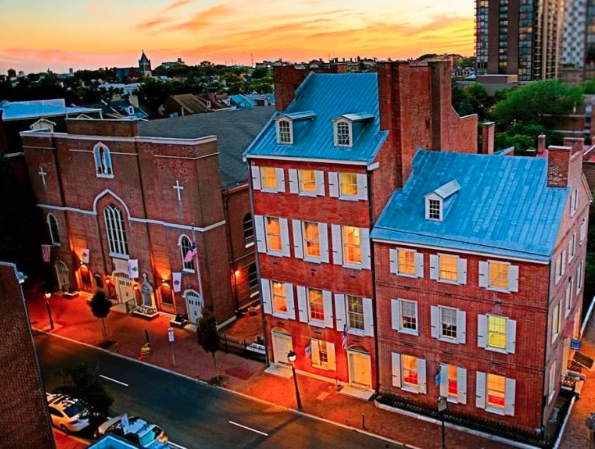 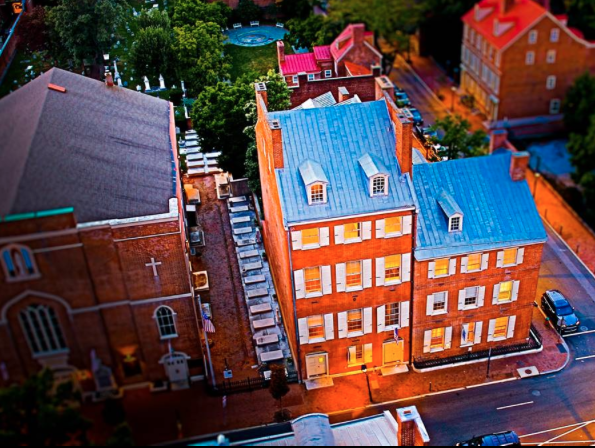 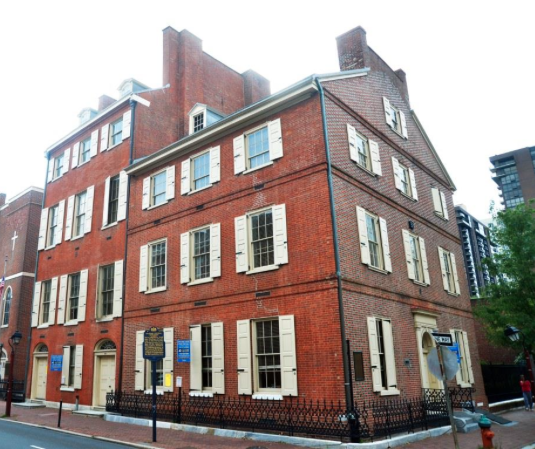 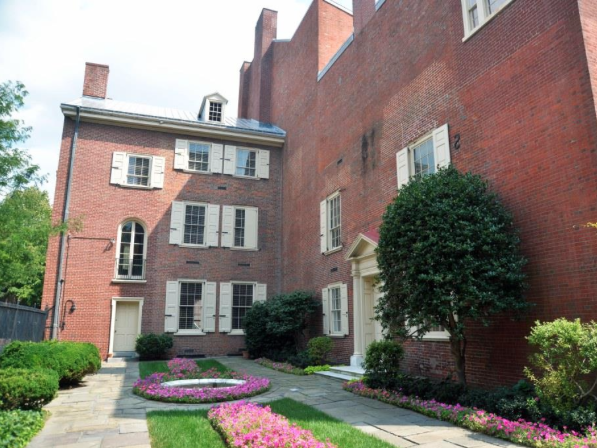 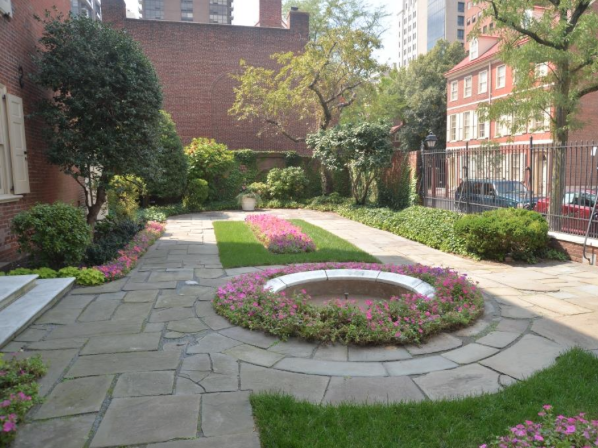 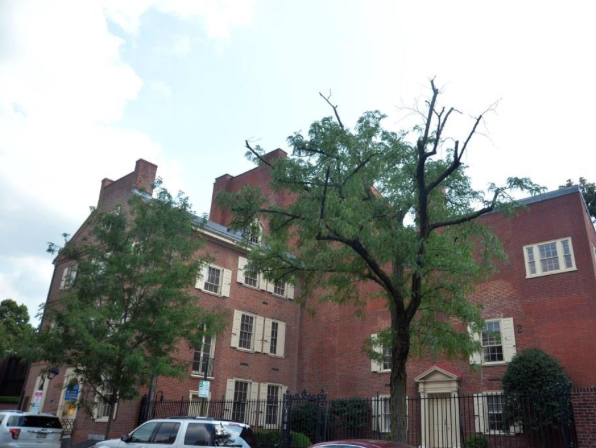 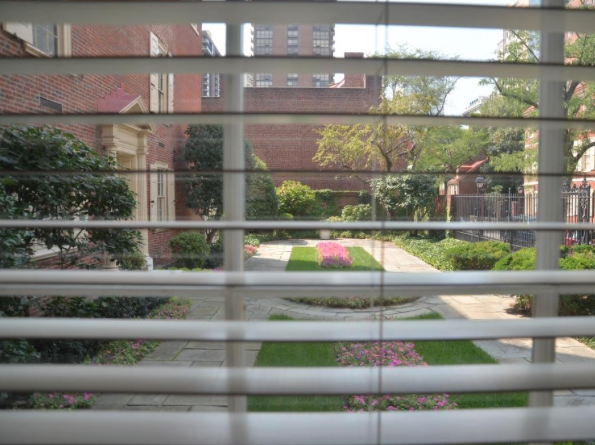 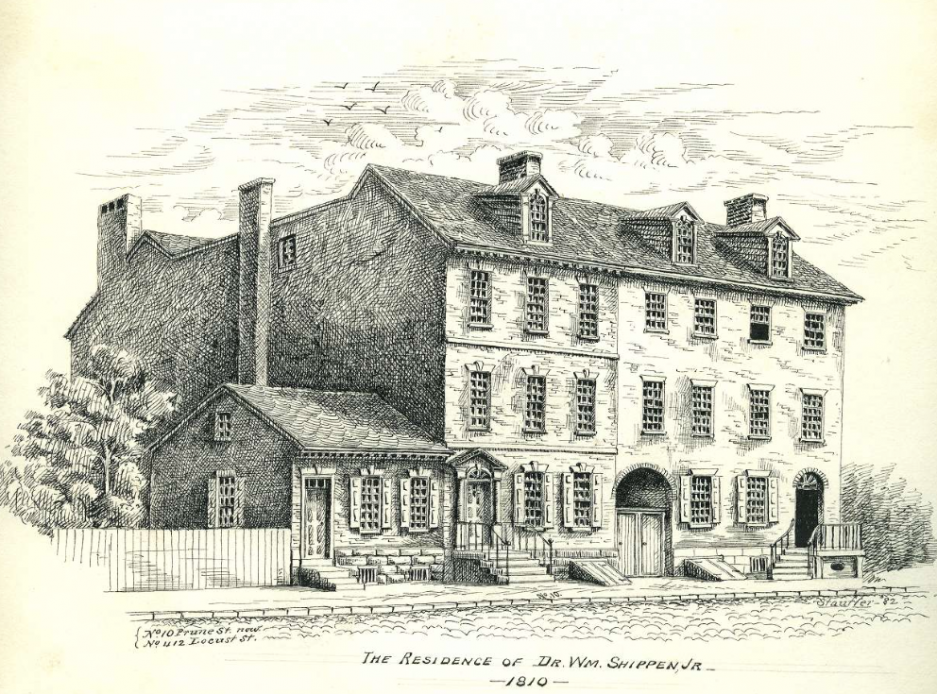 Image via The Free Library of Philadelphia 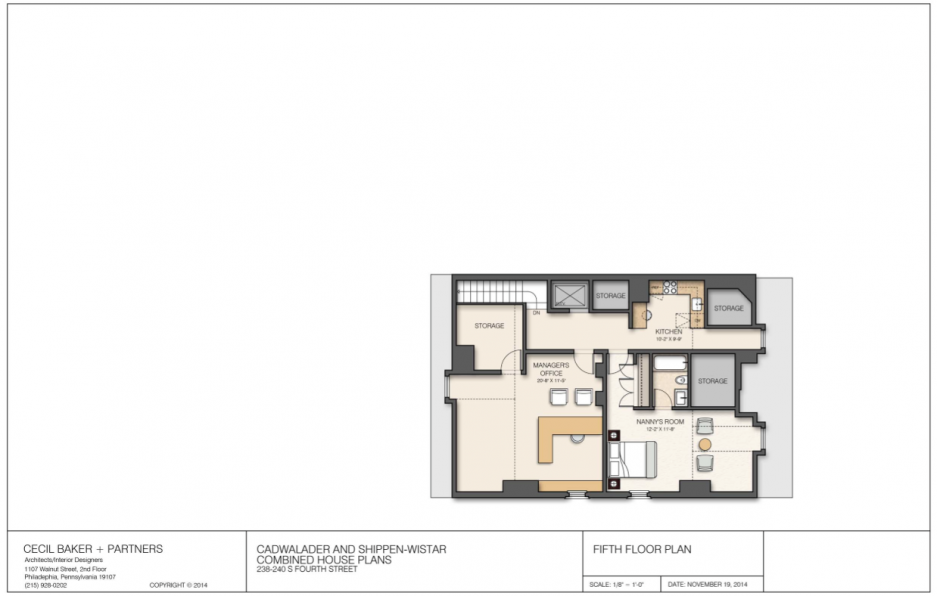 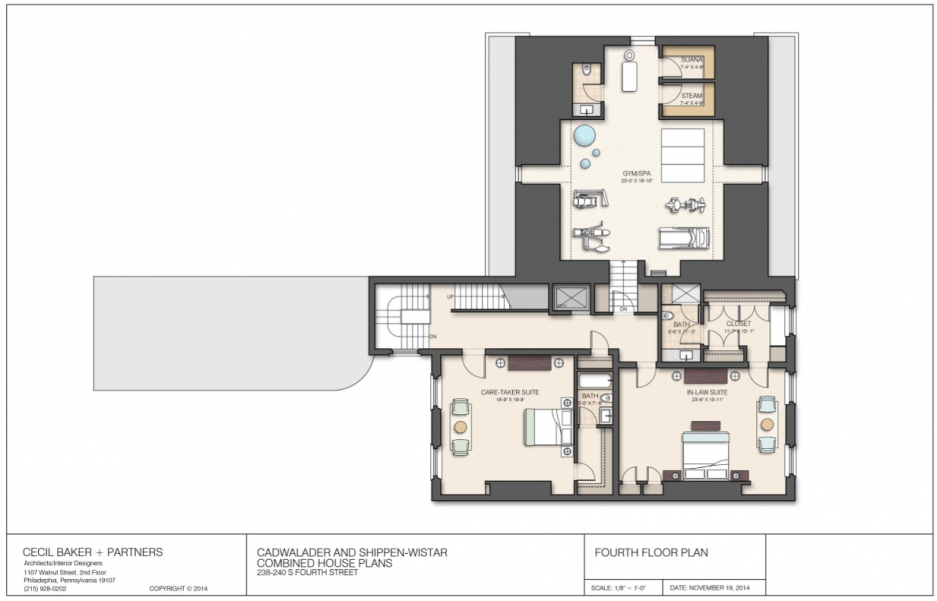 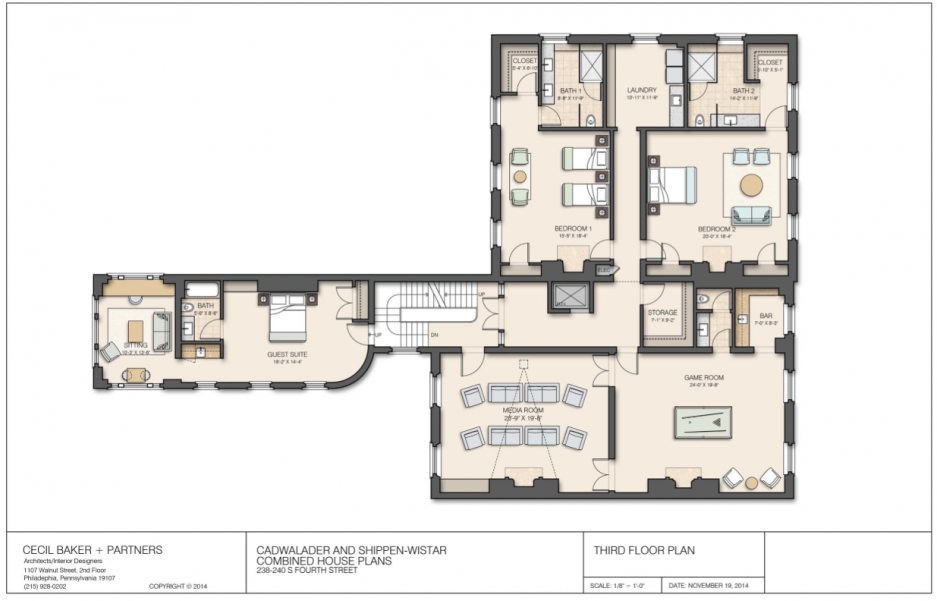 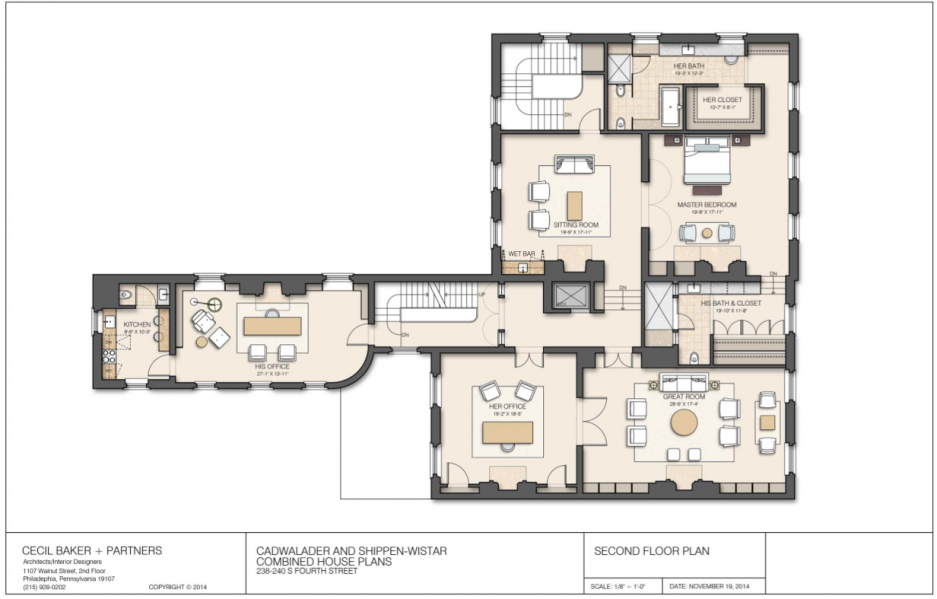 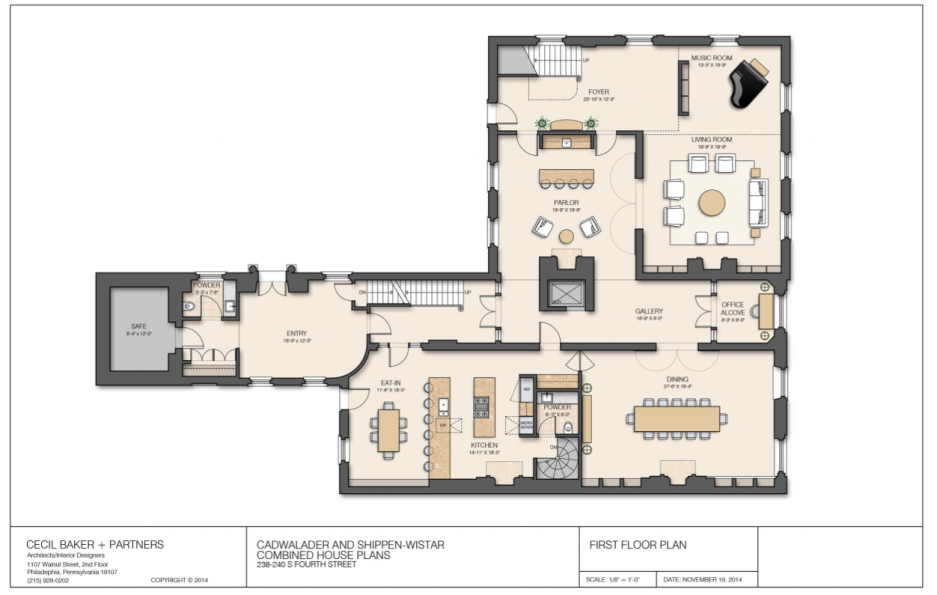 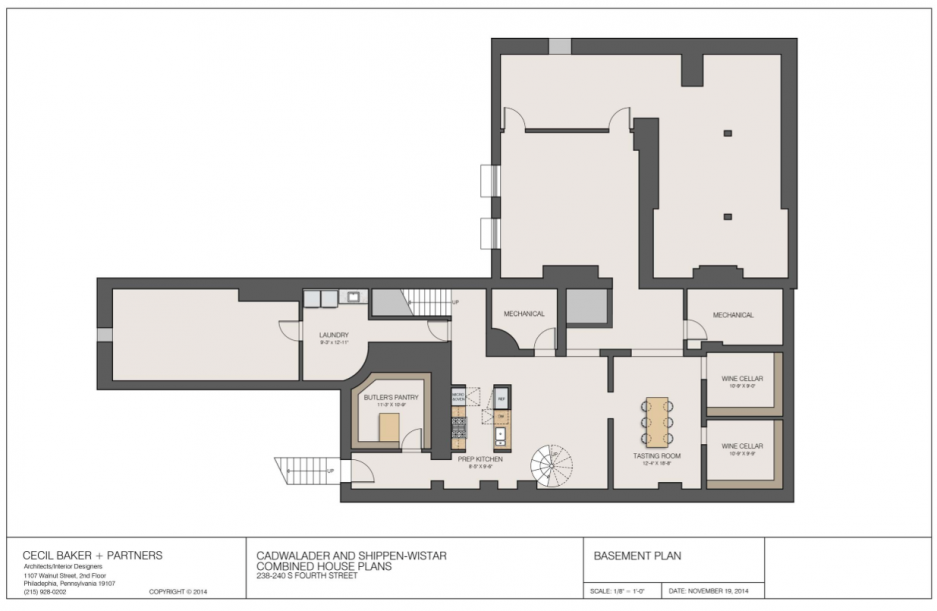 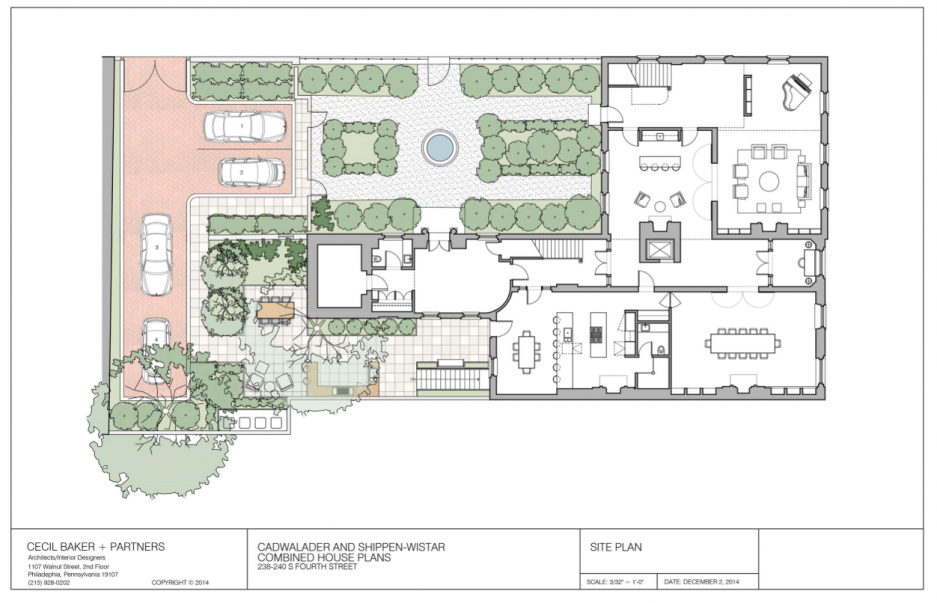