The Schoenhaus Estate, originally owned by William Penn, has a 70-foot pergola leading to a water tower. It’s rare to buy a property and know much about the original owners. Rarer still: to know the original owner was William Penn. The land on which the Schoenhaus estate lies – historic in its own right now – was originally owned by none other than the OG Quaker himself. A brief chronology of the acreage reveals that after it was granted by Penn to the Vernon brothers, another Quaker bought it. Upon that man’s death, the land was purchased by William Lightfoot Price to establish a “utopian Arts and Crafts community.”

A brief digression on the Arts and Crafts Movement (capital M): This is not your mom’s scrapbooking. The movement was popular toward the end of the 19th century through the early 20th century and was essentially an anti-industrialization school of thought. From a design standpoint, it prized craftsmanship and favored a single artist designing and producing each piece (rather than the newly fashionable division-of-labor model where several men [and machines] would contribute small parts of a bigger project).

On a social level, Arts and Craftsers believed that society should be built upon a populace of skilled creative-types (amen). If you watched Mad Men last night, Ginzo is the Arts and Craftser to Lloyd Hawley’s industrialist.

So, Price founds Rose Valley to fulfill his specific vision of utopia. His architectural partner, Hawley (I know!) McLanahan marries a woman whose maiden name is Schoen. Her father decides to relocate to Rose Valley to be nearer to his daughter. He then purchases an old mill and makes a great German pun, naming the new estate “Schoenhaus” (translation: beautiful house). Whom does he hire to design the new, growing estate? His son-in-law’s partner, Will Price, who by then is known nationally as a leading Arts and Crafts architect.

Over the next century, 400 acres are amassed and then parceled out from the working farm. At one point the Sauls own the Rose Valley Farm part of the Schoen estate (yes, those Sauls). Later the family rents out portions of the estate to various do-gooders (the Hedgerow Theater and Rose Valley School, namely) all for the princely rent of “a rose at mid-summer.” And then – of course – in 2005 a developer bought up the property and began renovating and selling it. Which brings us to this very listing.

On the market today is the surviving three acres of the original 400-acre plot. The property includes a restored Schoenhaus, which is connected to a beautiful water tower via a 70-foot pergola and a new bank barn. The estate rests on meticulously landscaped grounds that include ruins among formal gardens. A 1910 cottage – also recently restored – is available for purchase along with this property. The timber beams, intricate fireplace and stonework recall the Arts and Crafts aesthetic. Really, the photos speak for themselves. 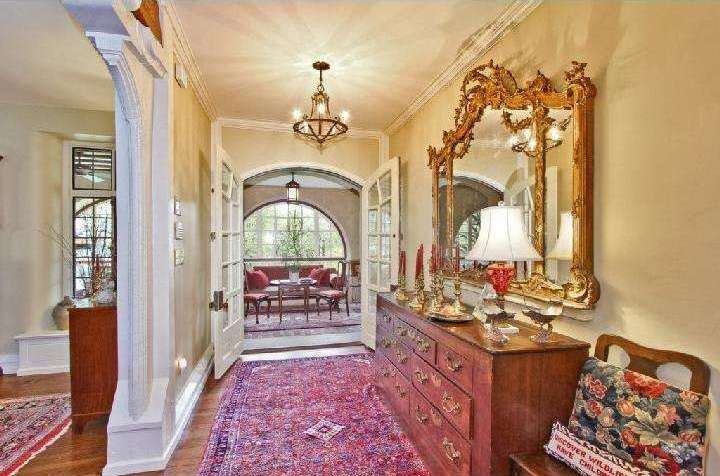 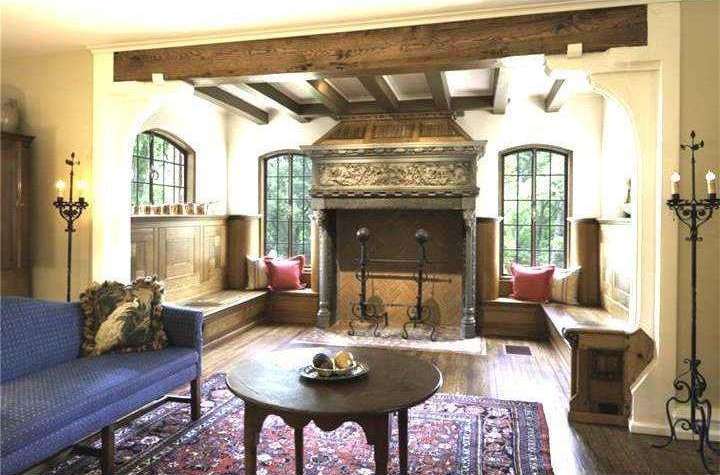 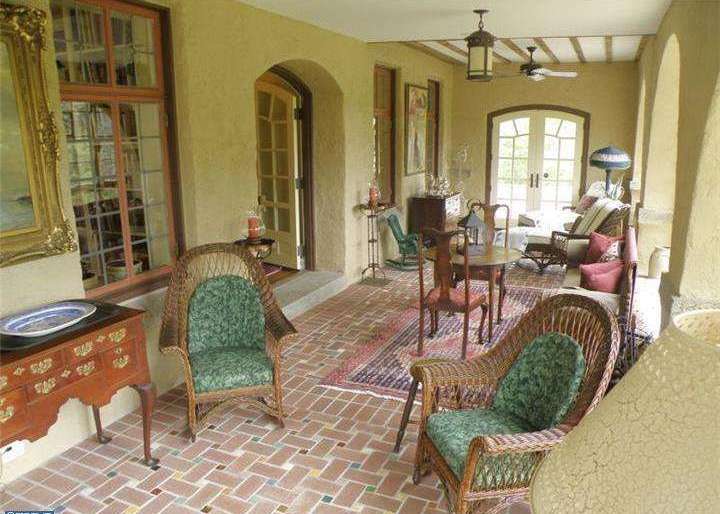 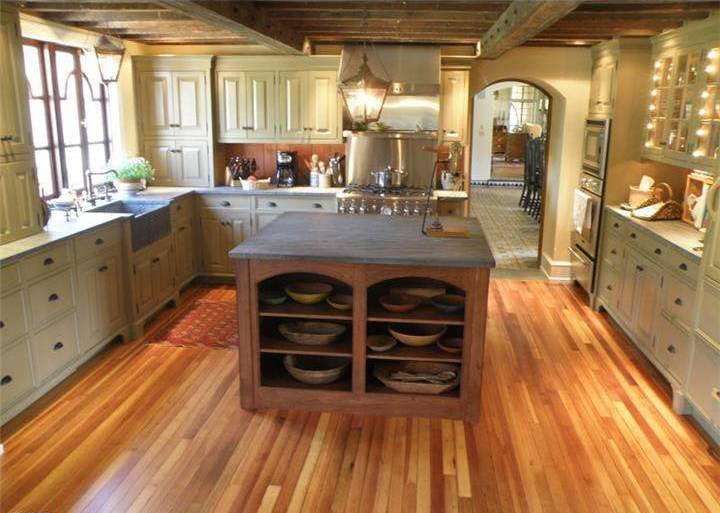 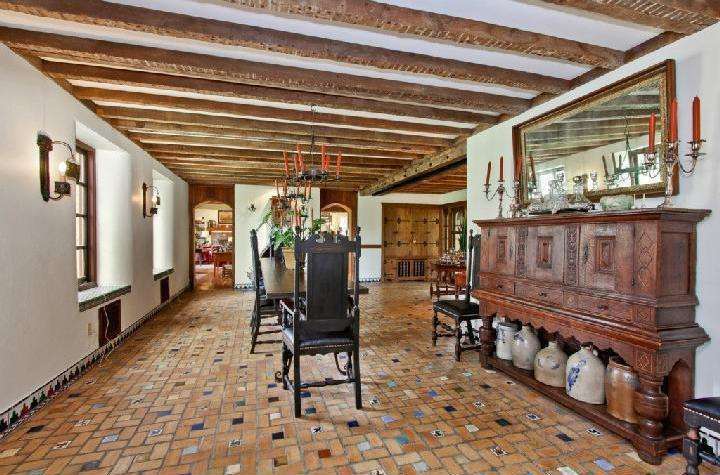 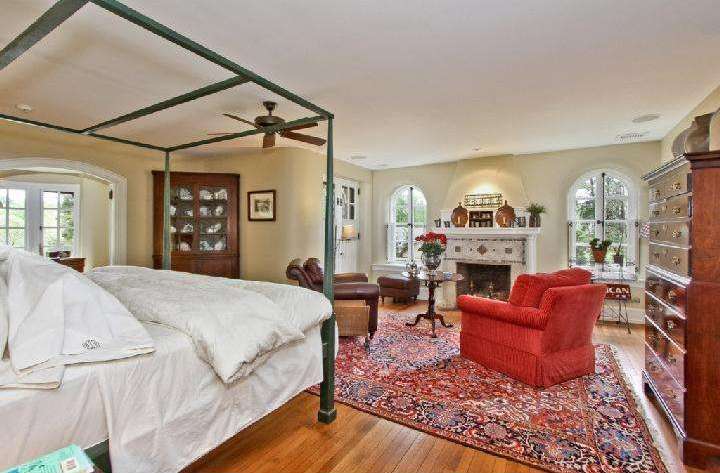 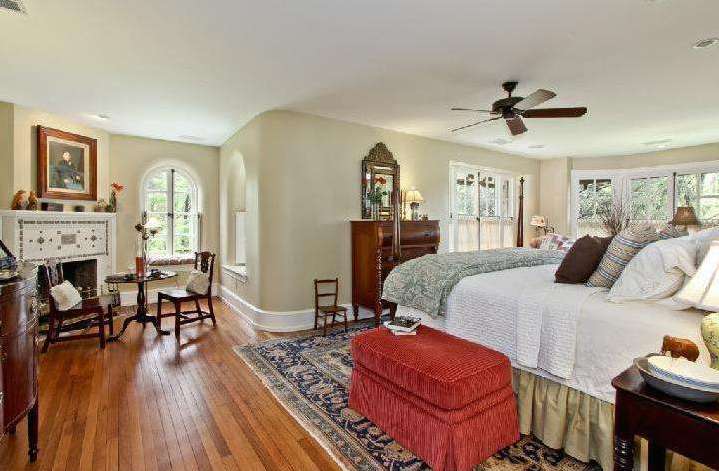 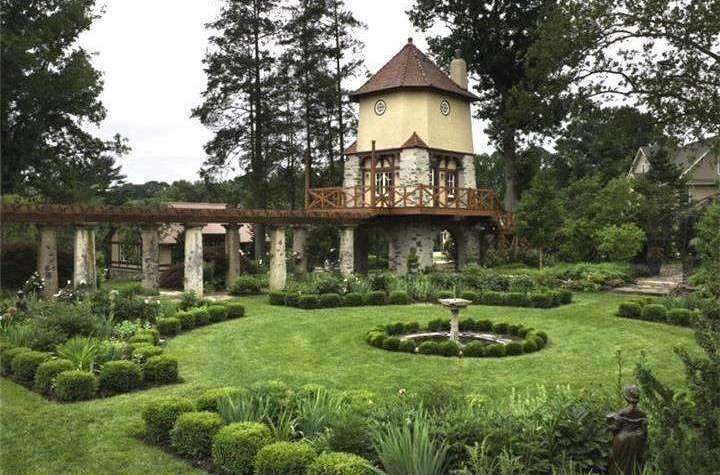 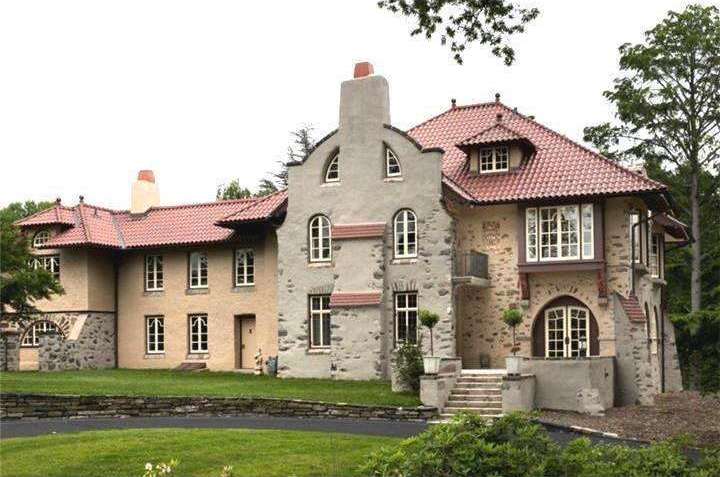 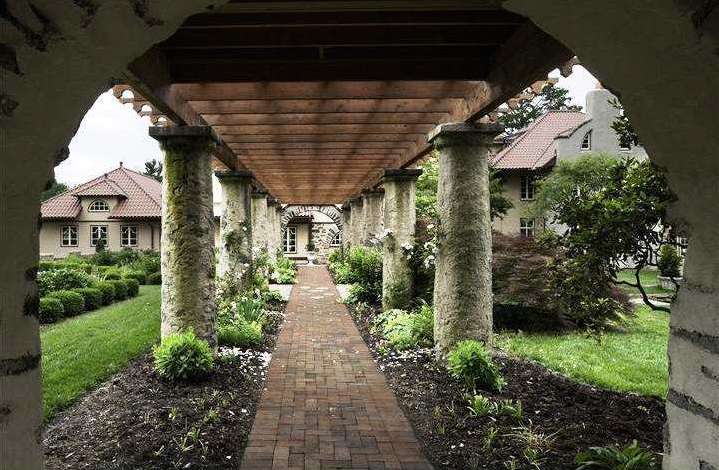 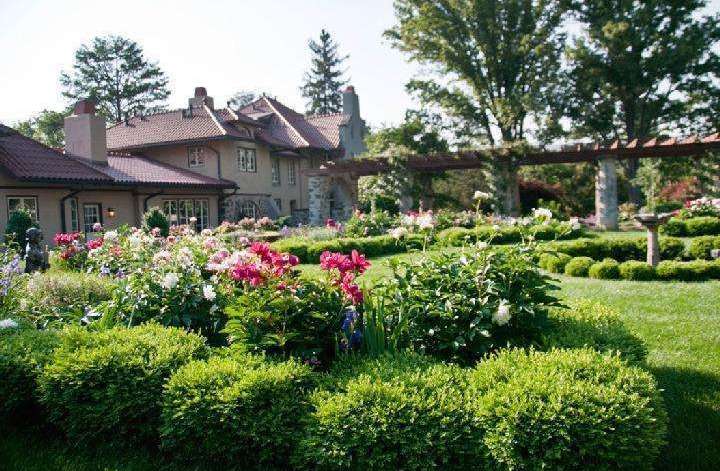 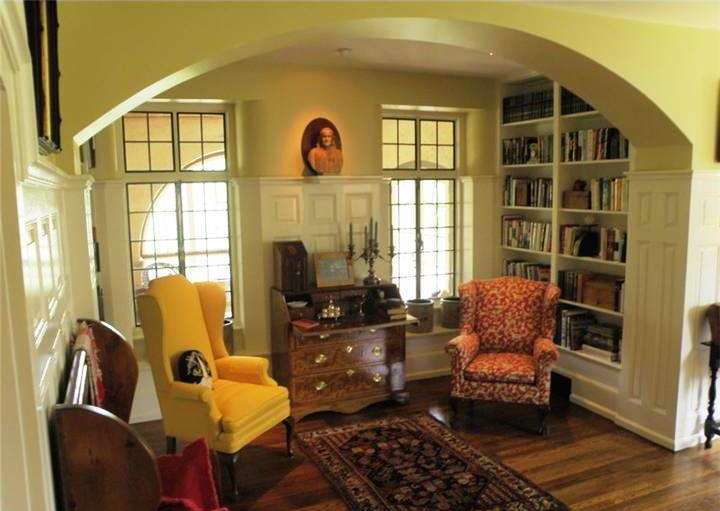 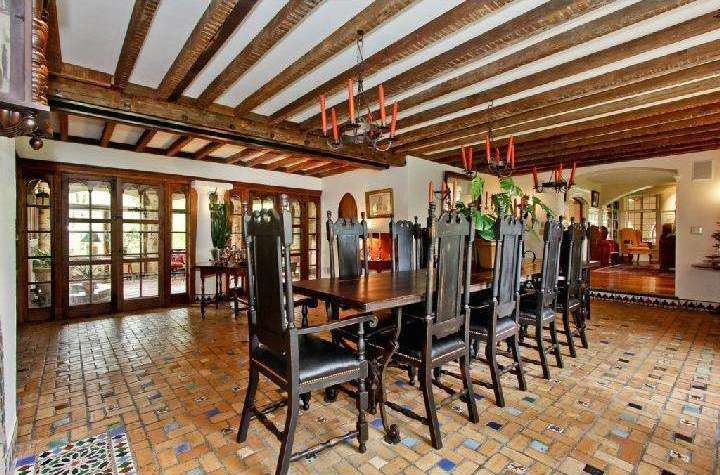 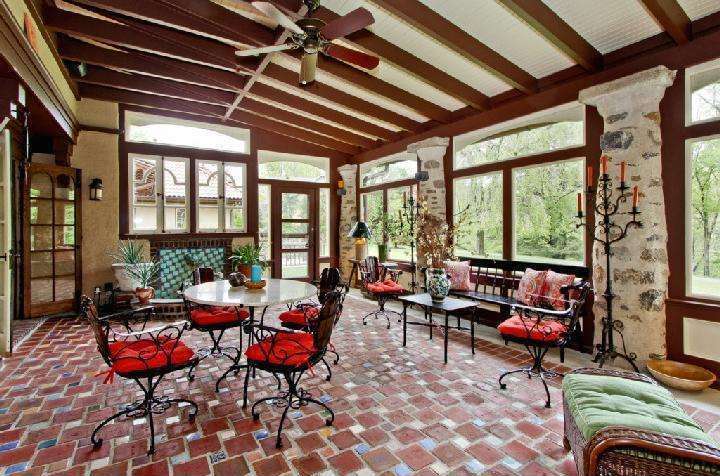 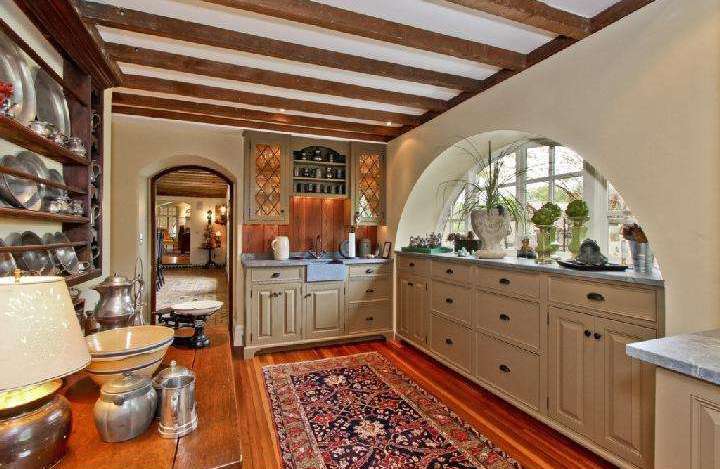 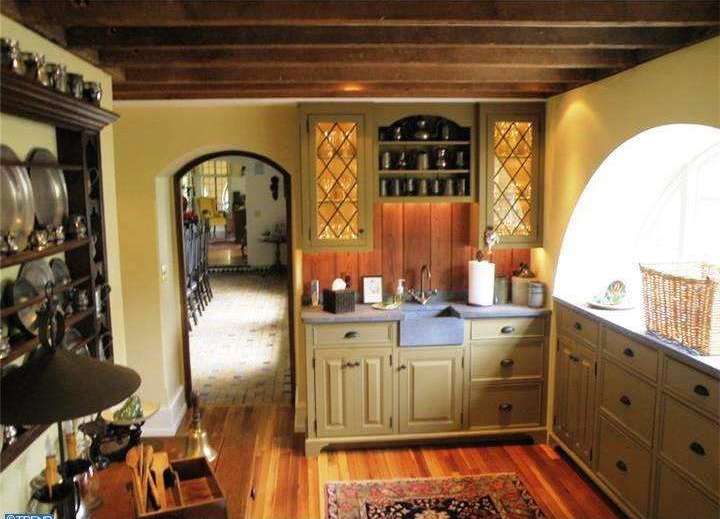 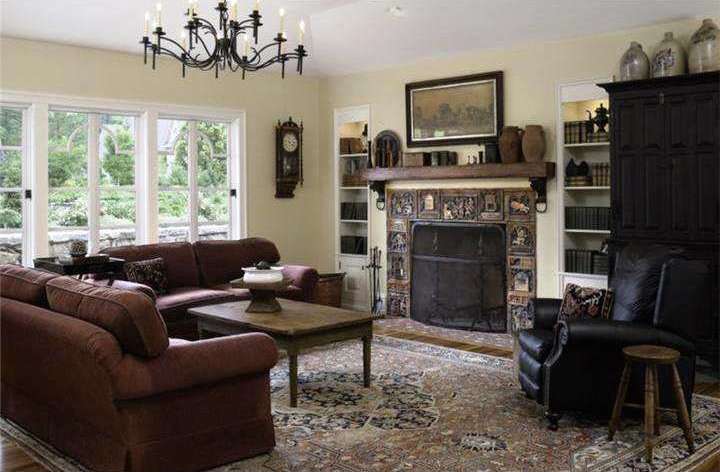 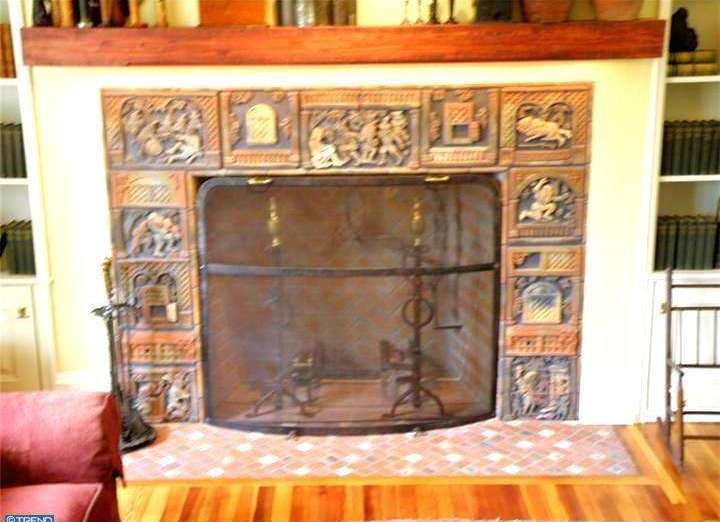 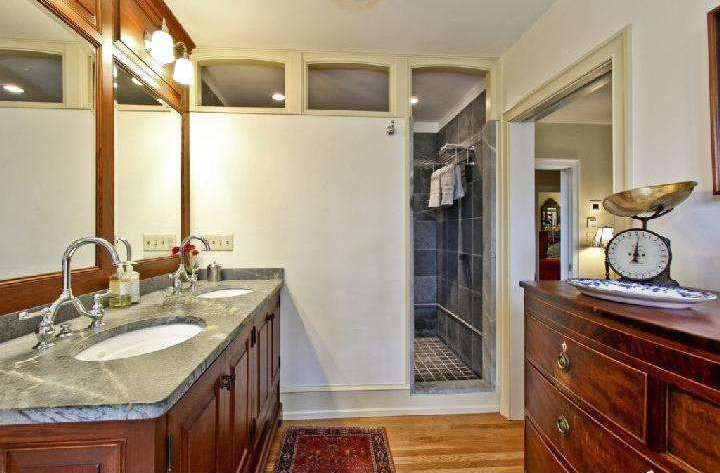 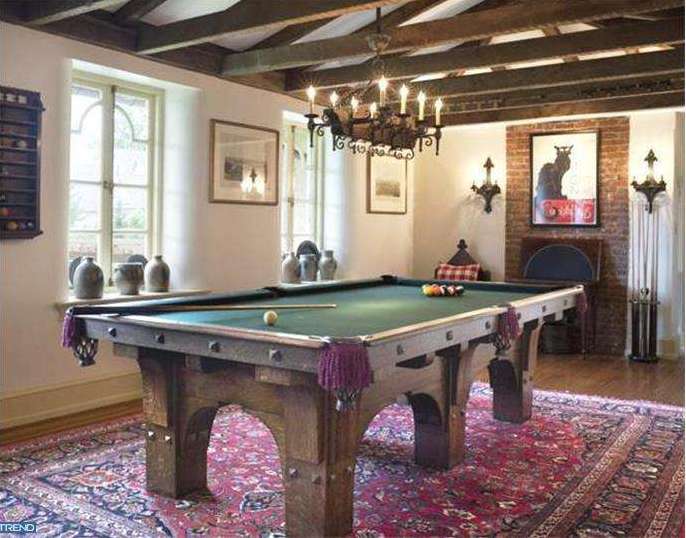 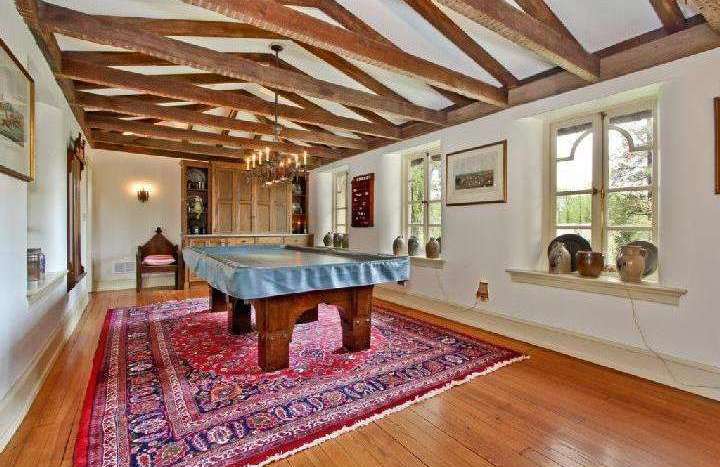 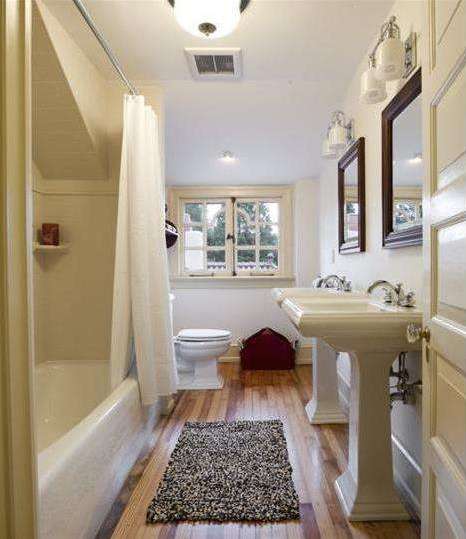 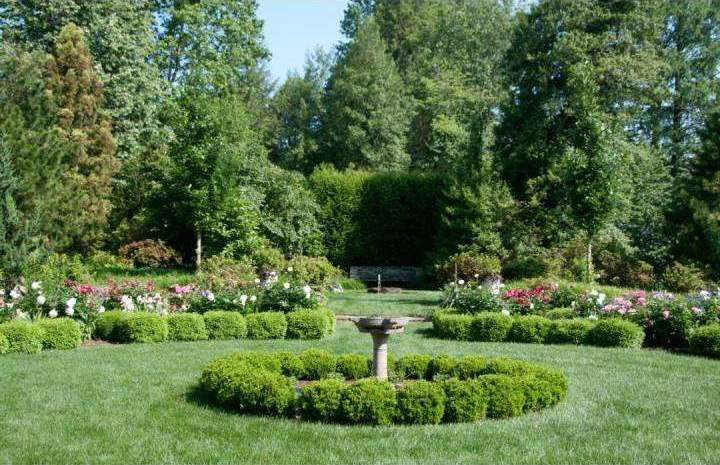