Poor Stephen Starr. Successful, wealthy, well-regarded–but inevitably misspelled, particularly in real estate listings. Take the most recent sales and marketing of 234 Market Street, once Starr’s inventive restaurant Tangerine. It’s now up on Craigslist (via LoopNet) as “Former Steven Star Restaurant”–which lessens the glow of association somewhat. That listing is especially impressive because it’s a double mistake, while other ads simply do one or the other name incorrectly. (Click on images below to see sample errors.) 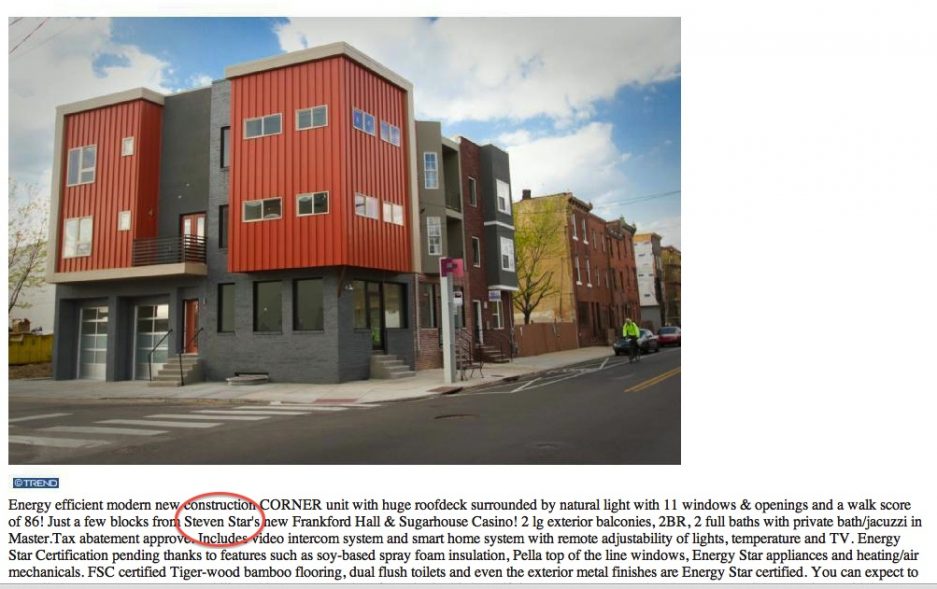 Apparently, Starr’s name is exceedingly bedeviling, so it seems important to acknowledge achievement. Hence the inaugural Stephen Starr Real Estate Spelling Awards, which recognize agents, brokers or their lackeys who drop Starr’s name in real estate listings but spell it correctly. And the winners are…

Congratulations, folks–go forth and multiply! No, seriously–have children who can spell. Please.