What Do Wheel of Fortune, Superpowers and the Rodin Museum Have in Common? These Engagement Photos

The couple wanted to set the tone for the wedding day with elevated attire, games and a nod to their past. 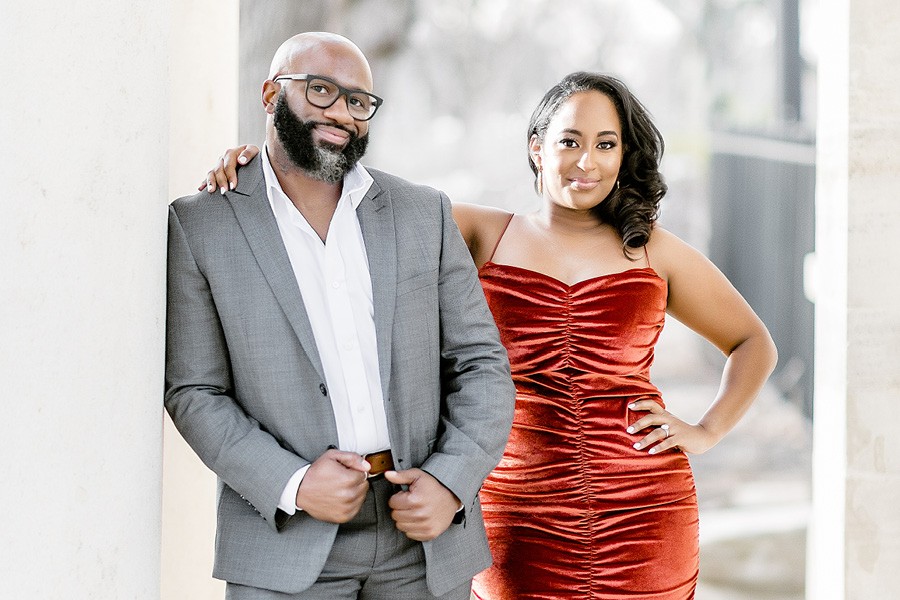 It makes sense to take it all back to where it began — particularly if that place is, in one way or another, Philly. Case in point: This couple’s Rodin Museum engagement photos brought them back to the early days of their relationship. And when they paused for pics at City Hall, Philly folks couldn’t help but get in on the fun, too. Terri Baskin Photography snapped the session below. 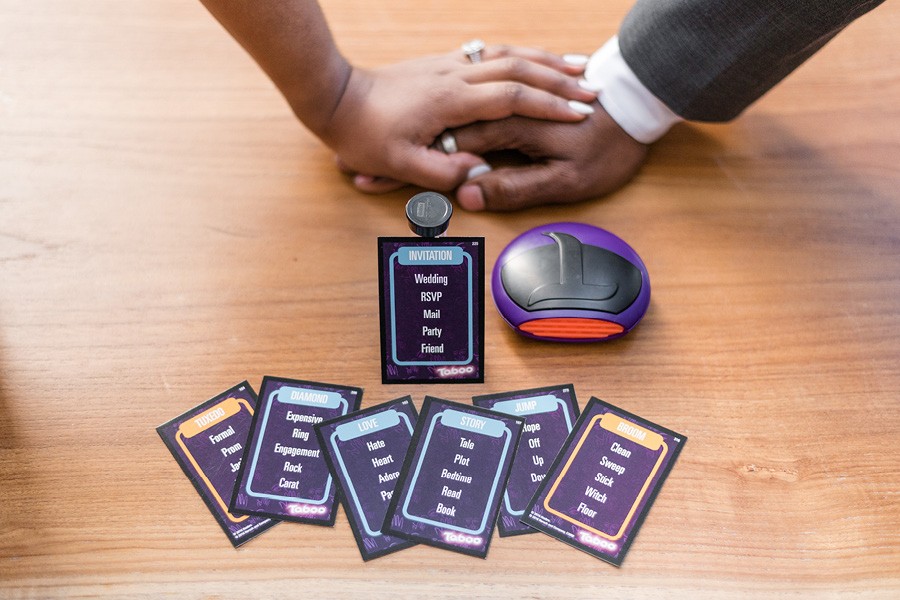 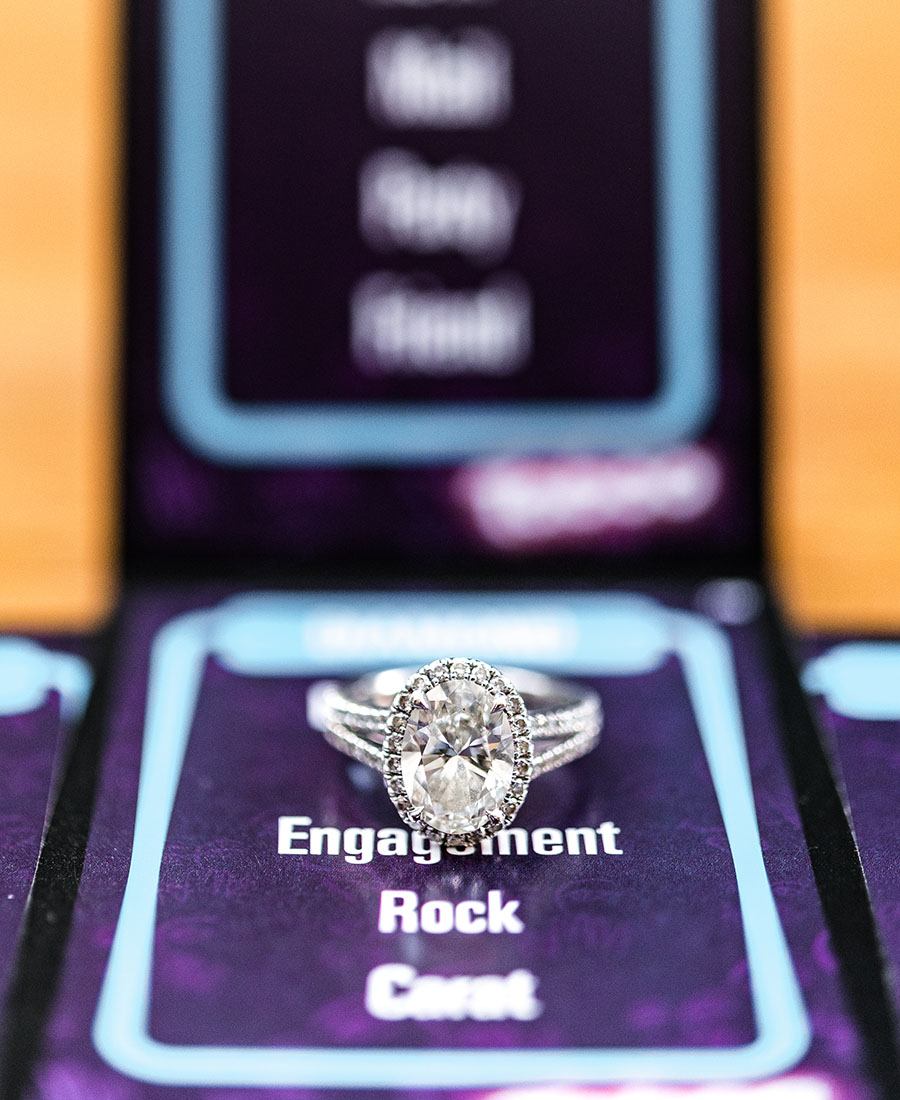 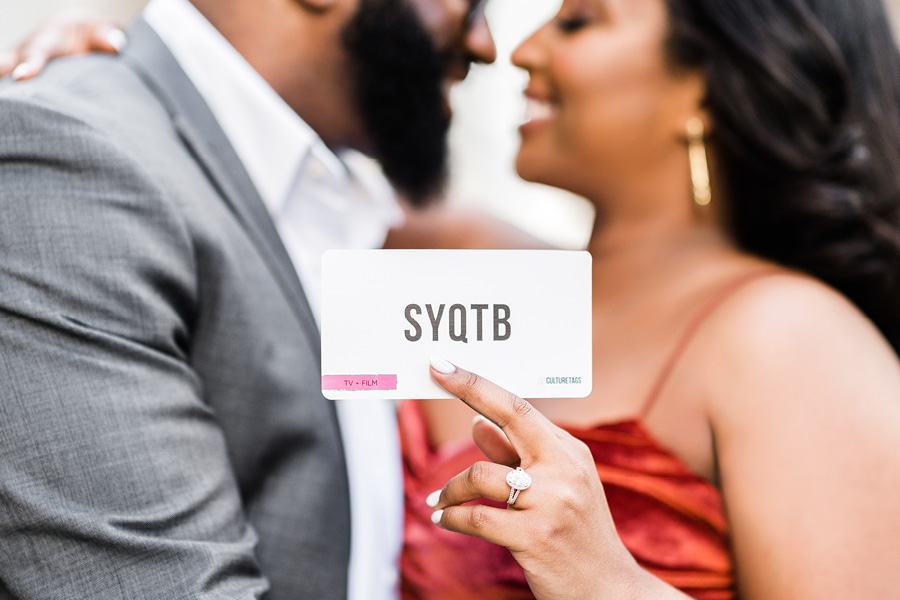 The couple:  Zainep Mahmoud, a vice president at Capital One, and Shawn Jones, an assistant professor of psychology at Virginia Commonwealth University, both soon to be of Richmond, Virginia.

How they met: The pair connected on OKCupid in late 2017, when they were both living in Philly (she in Center City and he in West Philly). However, they never met in person before he moved to Richmond. “Shawn was slacking,” says Zainep. “We were even at the same party one night, but alas, it was not to be then.” It wasn’t “to be” until the following year — September 15, 2018, to be exact — that the couple went on their first date, meeting in the middle at a restaurant in D.C. The night ended with a goodnight kiss.

Their love story: Despite their long-distance status, they found ways to be together (in Philly, D.C. and Richmond) and discovered their shared love of board and card games. Their second date saw them breaking out of their first of many escape rooms together. And three years and three days after their initial get-together (on September 18, 2021), Shawn proposed at the end of an escape room in Richmond, using the clue “Future Wife.” It was a nod to his time on Wheel of Fortune, in 2016, when he went to the final round and won — with that same prompt. 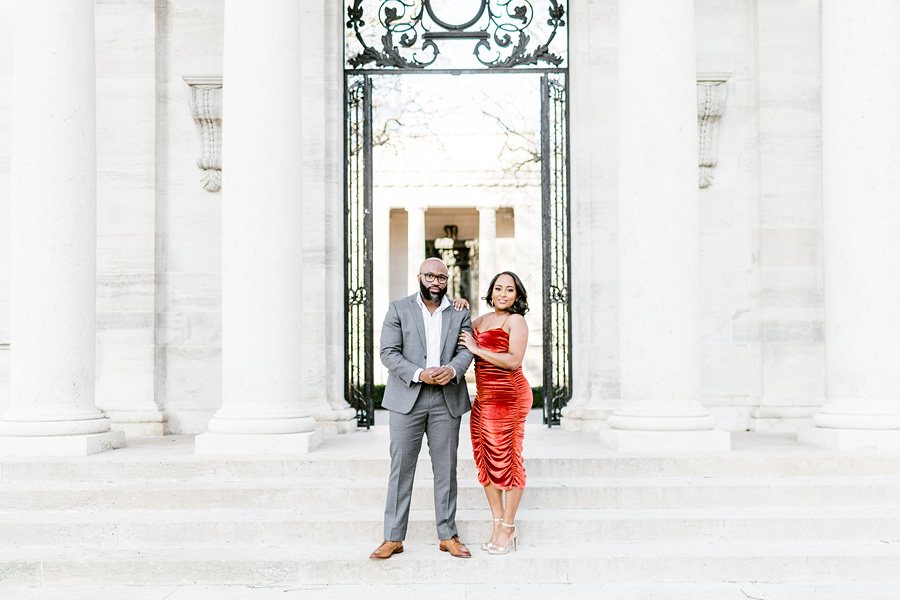 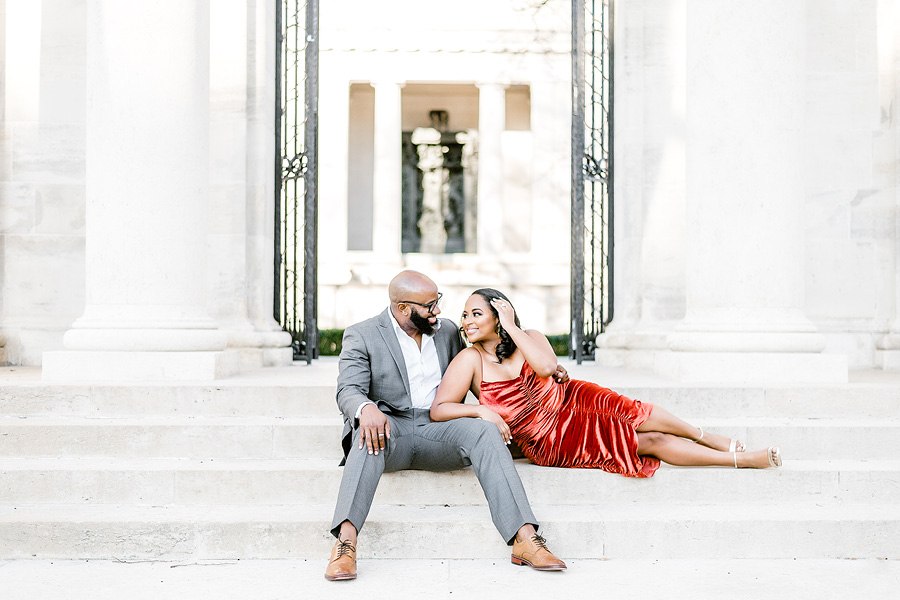 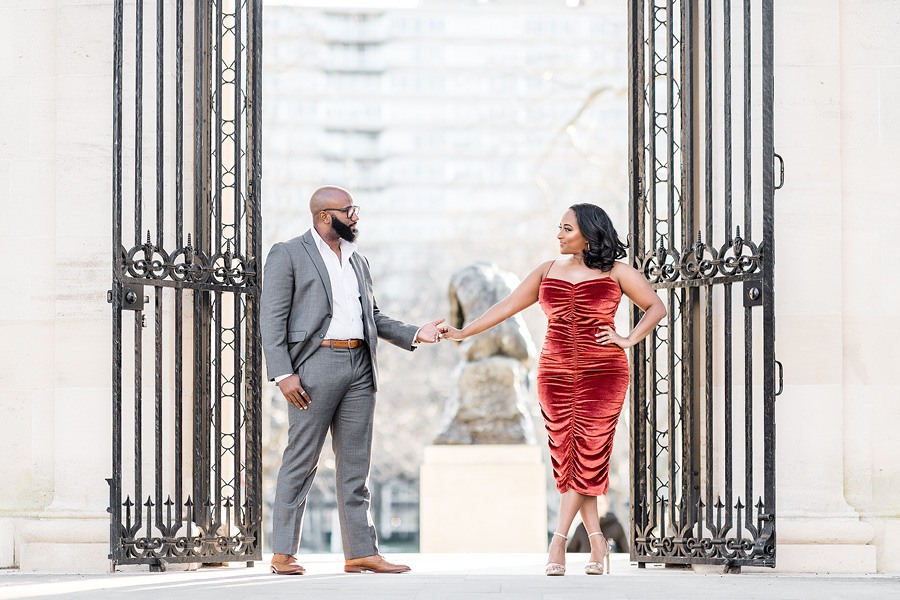 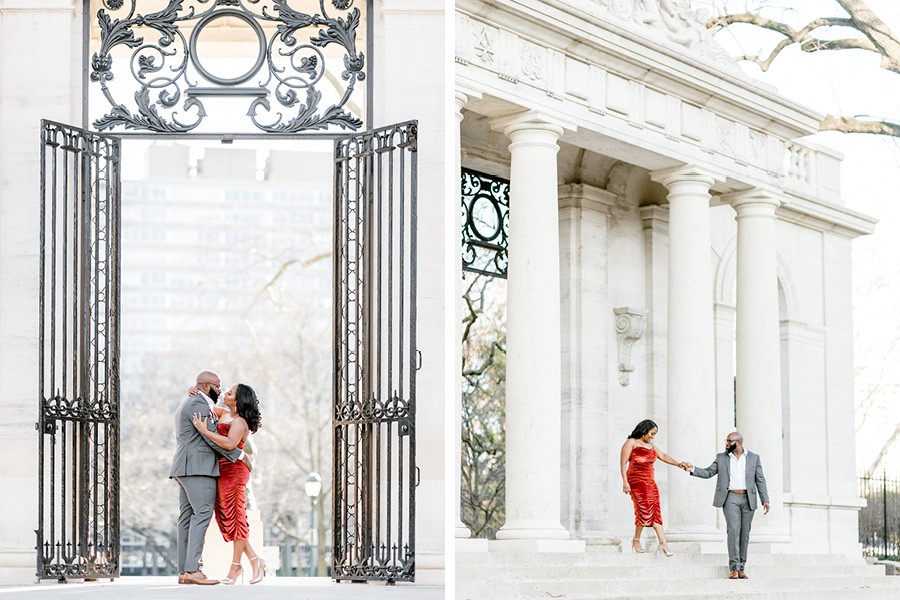 Their engagement-session approach: Because they couple initially “met” in Philly and it was where they first expressed their love for one another, they decided it was the ideal spot for their photos. With the help of their planner, Jamésa Alexander of Jayne Heir Weddings and Events, and photographer, the couple decided on various Philly landmarks. Chief among them was the Rodin Museum. “This spot was special in particular because Zainep’s apartment, where we spent a lot of time in the early part of our relationship, is right next to the museum,” says Shawn. “We walked by it so many times, never thinking it would be our engagement-shoot location.” They also chose LOVE Park because of its iconic status — they wanted to play on the Love Jones film for their wedding hashtag thanks to Shawn’s last name — and City Hall. “It really doesn’t get any better.”

The attire: Zainep and Shawn wanted to set the tone for the Big Day, so they went with dressier attire — even their “casual” looks were more elevated. They also brought in burnt orange and rust hues as a nod to their wedding colors. As for Zainep’s formal gown? “I think it was mostly a happy accident, but Shawn’s favorite color is blue, so he really enjoyed seeing me look so fabulous in that in particular,” says the bride-to-be.

The fun and games: The pair naturally wanted to pay homage to their love of friendly competition, so they snapped some photos of Zainep’s engagement ring with the game Taboo. They also posed with a card from the Black-owned game Culture Tags. (The tag line on the specific card is “She’s Your Queen-to-Be.”) 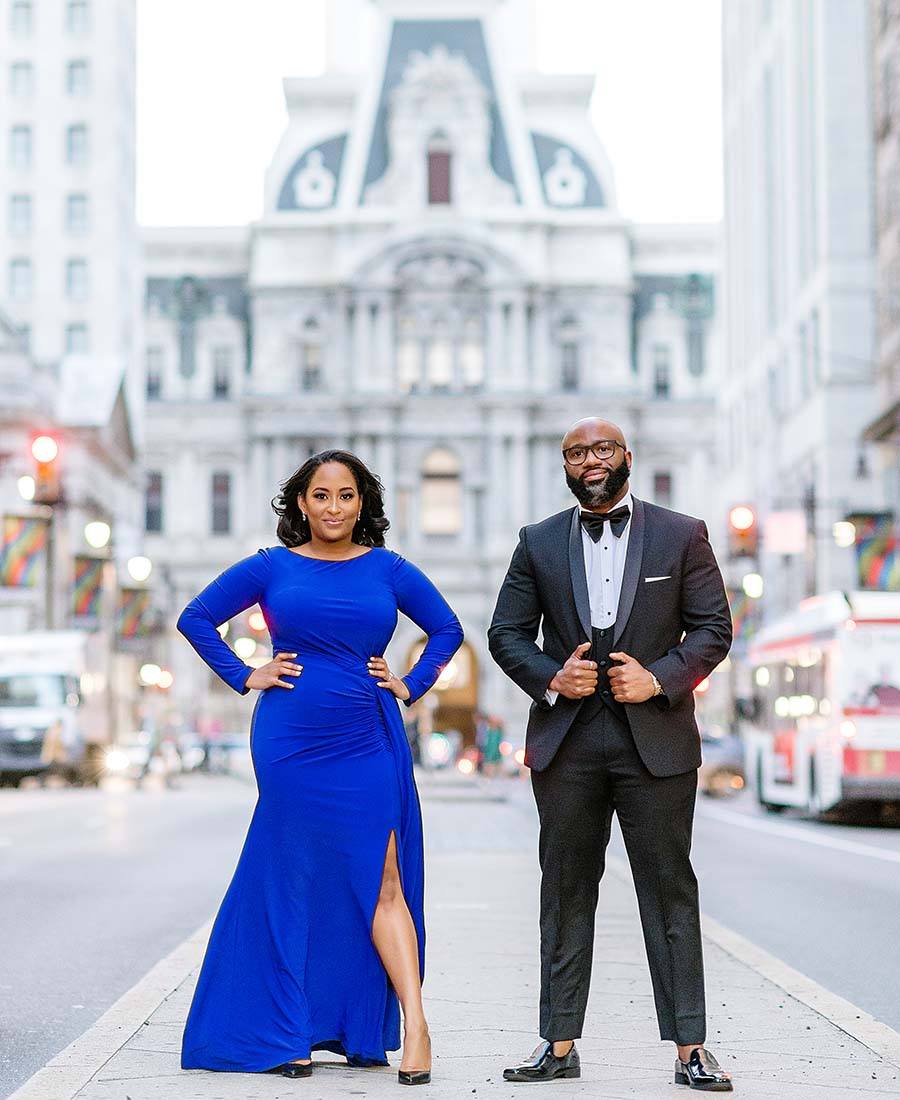 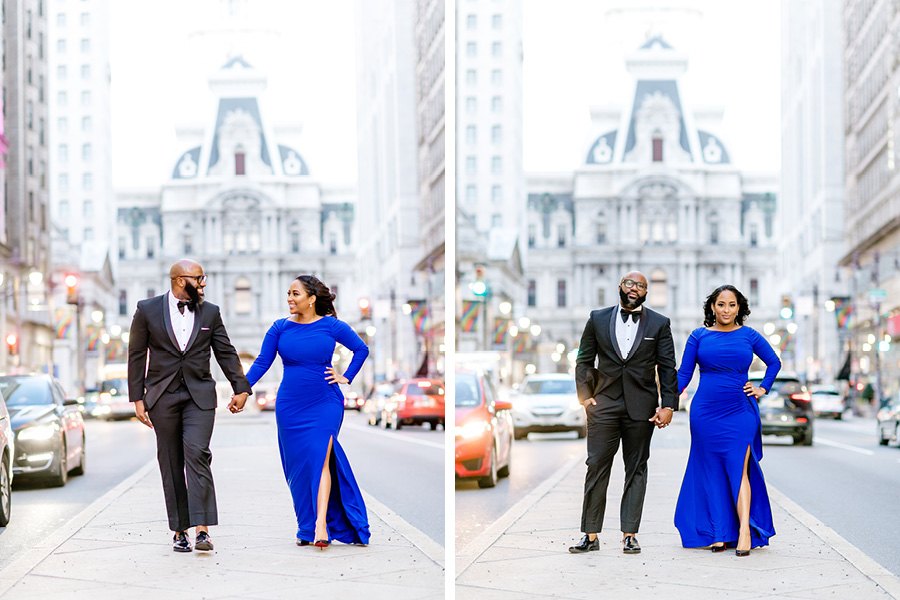 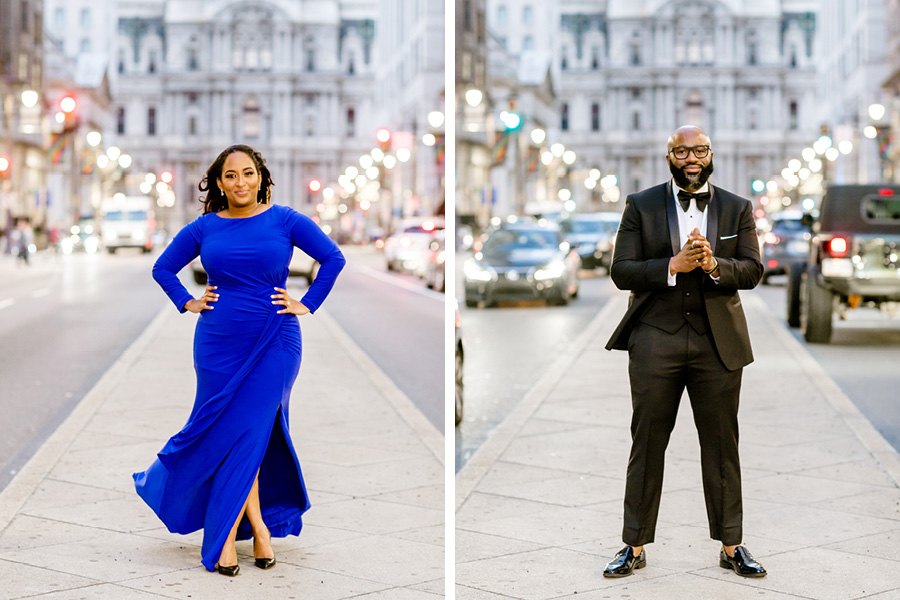 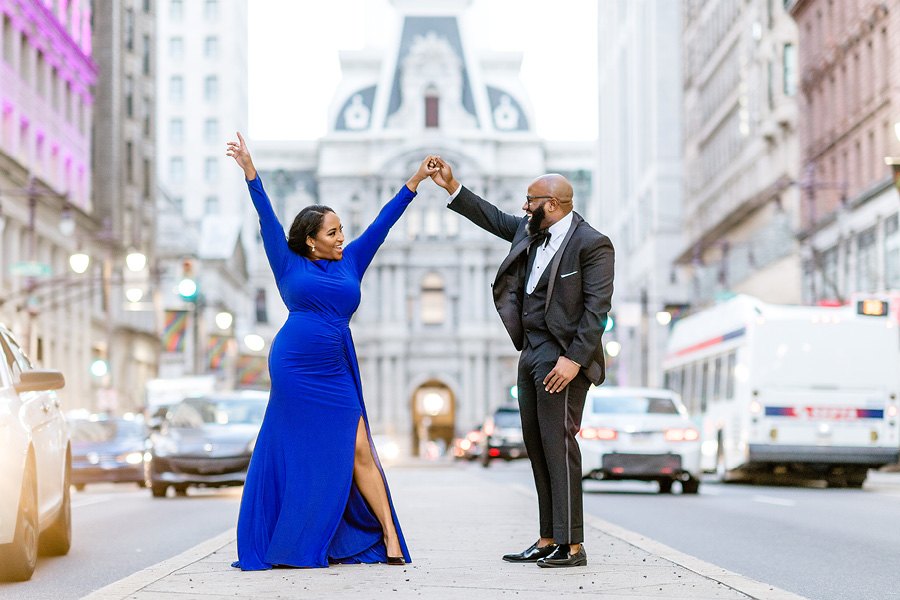 The laughter (of course): The couple describes the photo session as filled with pure laughter. “We recognized, in those moments, that laughter and joy are our couple superpowers,” they say.

Philly represented (of course, of course): “Philly people are the best,” says the couple, calling out all the passersby in car and on foot whose comments were positive. “It really hyped us up for that photo shoot.” 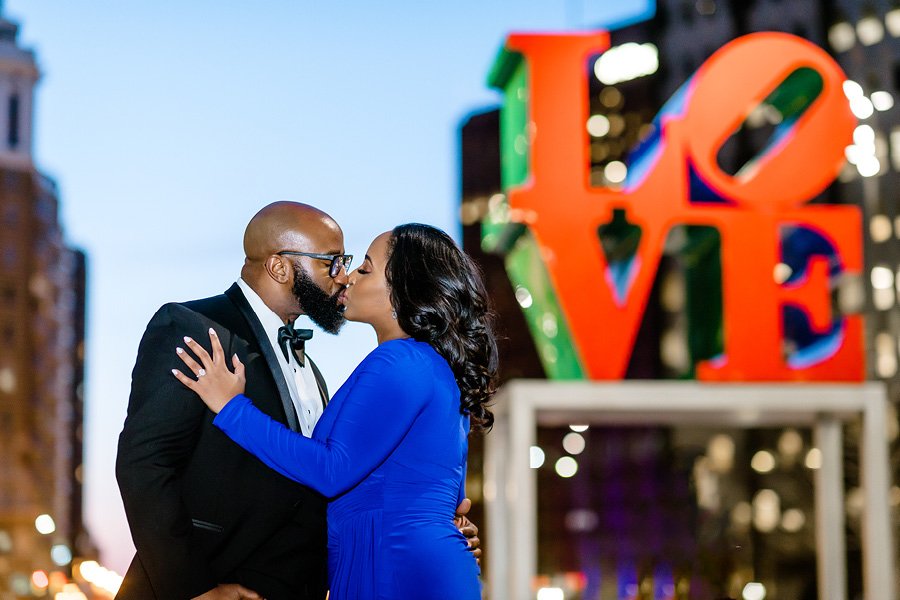 The wedding plans: The countdown is on: Zainep and Shawn will say “I do” on September 17th at The Schuyler D.C. Their guests can expect early fall vibes, good music, games, and plenty of laughter — a couple superpower, indeed.