The overcrowded race for the city's top job appears to be getting even more crowded — and arguably less democratic as a result. 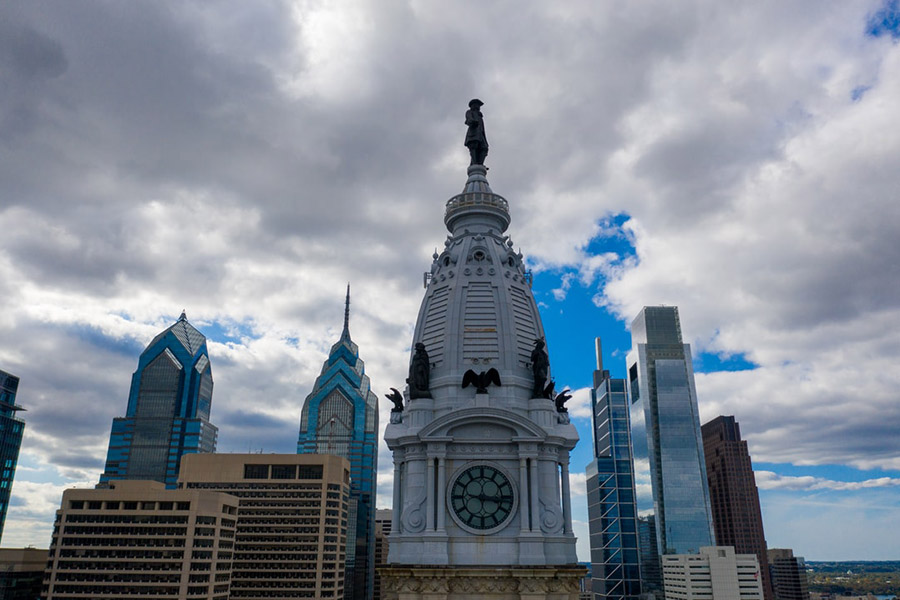 How many more mayor candidates can this city handle? Photograph by Elevated Angles for Visit Philadelphia

Before I could finish my sigh of relief that former Mayor Michael Nutter had ended speculation he’d be throwing his hat into the ring, too (even though a Nutter candidacy would have been fun to watch), I was reminded that still more people were considering a run. Last week, it was reported that State Senator Vincent Hughes was seriously polling interest for the top job in City Hall. While I’ve admired Hughes’s swagger as the Democratic chair of the State Senate’s Appropriations Committee and would be fascinated should the city’s first lady be his wife, Emmy-award winning Abbott Elementary actress Sheryl Lee Ralph — it might be a little too late for an 11th slot. (To say nothing of a 12th: We woke up to reports that former lieutenant governor Mike Stack was considering joining the fray.)

Each additional candidate potentially lowers the bar for victory, making the primary feel increasingly like a roll of the dice. It’s as if anyone who joins the pile-on now is thinking, “I could certainly pull 10 percent.”

It was a different situation in mid-January 2015, with a less competitive open mayoral primary that “only” had five candidates: Lynne Abraham, Anthony Hardy Williams, Nelson Diaz, Ken Trujillo and Doug Oliver. When Trujillo dropped out and Jim Kenney jumped in, the latter became the only former member of City Council in the race. And Kenney, as we all know, ultimately won handily. But 2023 isn’t 2019: This time around, we have more former City Councilmembers (five), women (four), candidates of color (seven), and/or “outsiders” (two) running. Every possible combination of position, ideology and background is duly represented. Any additional candidate who jumped into the race at this point would be doing so as an ego play.

After this weekend’s first major mayoral candidates forum, the race is already beginning to take shape on issues of race, experience and economics. With the public becoming more familiar with the field and some endorsements already going out, an 11th or 12th candidate entering at this late hour would just be superfluous. Nutter probably sensed that after some people began to push back on his consideration of a third term. For Hughes and Stack — men who have served in elected office in Harrisburg — to announce candidacy this late in a citywide race seems downright random.

I get it: The idea that anyone who wants to run should run is the foundation of democracy. But how democratic would it be for the winner of the Democratic primary — a race that often determines the mayoralty by default in Dem-heavy Philly — determined by a shockingly low percentage of the vote? When Nutter first ran for mayor in 2007, his primary was crowded; that he ultimately won with 36 percent of the Democratic vote was concerning to some political observers. This year’s race could make that 36 percent look like an ironclad mandate by comparison.

We’re entering a situation where potentially less than 10 percent of the city’s Democratic voters could choose our next mayor. This is a case where more means less. Even if “only” seven or eight candidates ultimately make it to the ballot, I think the next mayor will likely be decided by a very small percentage of the electorate. What is fundamentally missing from this current pack that an 11th or 12th candidate could add? What type of political ideology is lacking in this slate? We have enough at the table; adding anyone else is just further diluting an already tight vote.

For the sake of democracy, let’s stop while we’re ahead. We’ve hit the threshold of reason on our list of options — and anything more would be insanity.