Is Ocean City, New Jersey, the Next Anti-LGBTQ Town? 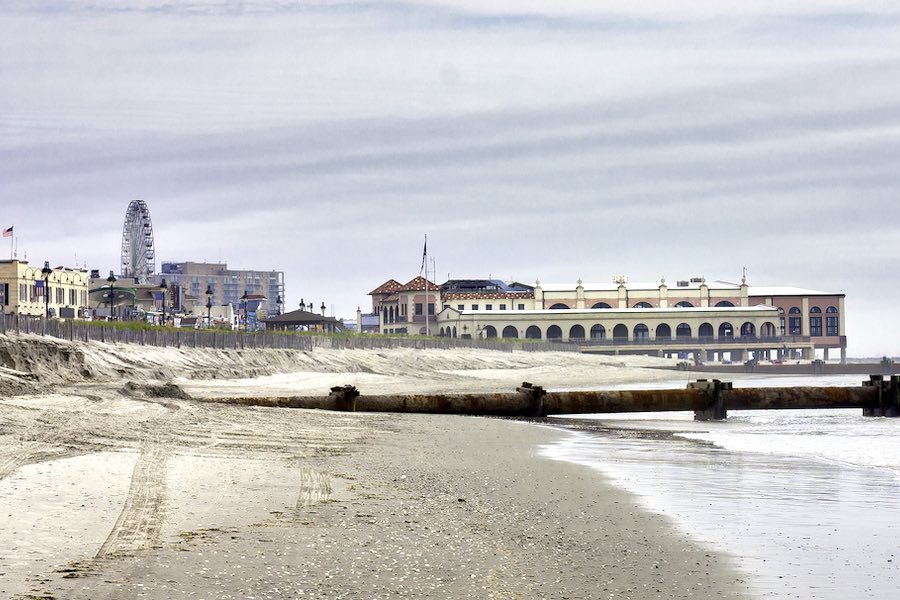 Ocean City, New Jersey, where a battle over gay rights is playing out (Getty Images)

I took my family to Ocean City, New Jersey, on Saturday for a brisk walk on the boardwalk. We grabbed a large bucket of that addictive caramel corn from Johnson’s. We considered a pie from Manco & Manco, aka Mack & Manco’s, but thought better of it since dinner was only four hours away. All was quiet in the town that bills itself as America’s Greatest Family Resort. Or so it seemed to us day trippers. But it turns out that things are anything but quiet behind the scenes.

A battle over gay rights is playing out in Ocean City thanks to a new school board that includes three newly elected conservatives who may hold some Florida-esque views on the LGBTQ community. (If this all sounds a bit familiar to you, similar things have been going on in Bucks County, where one school district just bid adieu to pride flags.)

Back in September, those three individuals campaigned at a rally in an Ocean City park at the side of a pastor who reportedly said such enlightened things as “It was Adam and Eve, not Adam and Steve” to enthusiastic amens from the crowd, and who throws gay slurs into his speeches.

The trio was endorsed by the (naturally) Florida-based Moms for Liberty, an anti-LGBTQ, anti-COVID protocols, anti-critical race theory organization that uses the mission of “parental rights” to make itself sound less hateful.

Amy Rosenberg of the Inquirer has more on this brewing controversy.

Here’s what you need to know about MLK Day volunteer opportunities in Philadelphia. And some things about MLK’s famous speech that you may not have heard before.

Prepare to spend close to $1,000 (with fees) for a pair of standing-room-only tickets.*

State reps Malcolm Kenyatta and Jared Solomon want to make it so that state lawmakers convicted of a felony while in office are automatically ejected from said office. But what about state lawmakers who just pull a George Santos?

It’s That Time of Year Again

Restaurant Week (technically weeks, since it’s two of them) is back, much to the delight of some and the dismay of others. Here’s a complete list of 2023 Philadelphia Restaurant Week participants.

Abbott Elementary racks up yet another.

And from the Could-Be-Worse Sports Desk …

It was an exciting Sixers bout on Saturday night against the Utah Jazz, and Joel Embiid got things shaking.

And they came out hittin’!

Hard to play offense better than the Sixers have in the first nine minutes.

36 points total, 13 from Embiid and 6 assists for Harden. The style points have been there, too.

Sixers get off to a great start, then play like shit

What else is new

And it was a seven-point lead … a five-point lead … two minutes left in the half … Embiid hit a three to end the half with the Sixers up, 66-56.

And that’s where it hung around for most of the third — was that P.J. Tucker hitting a three?!? The Jazz cut it to seven, but a Joel layup and foul shot stretched it back to 10 halfway through. Why were the Sixers so cold? And just like that, De’Anthony Melton hit a three. Maxey pushed a breakaway for a layup. Six points! Shake took a big charge. Don’t get too excited, though. The last three minutes of the game got really messy, with turnovers, misses, fouls, ugh.

OMG, tie game with 1:41 to go. And a tip-in by Walker Kessler on a missed shot put the Jazz in the lead by one. A two by Embiid put us up, 118-117, with 4.9 seconds left. Meantime, the Jacksonville Jaguars were in the midst of an amazing comeback win against the Clippers, with the final seconds ticking off simultaneously. The Sixers pulled it out, though!

Sunday’s game was against the Lakers, who were starting LeBron James and a bunch of guys I never heard of. We were starting Embiid, Harden, Tucker, Harris and Melton. Where was Maxey?? Never mind; he soon showed up. It was neck-and-neck all through the first quarter. LeBron hit a milestone:

End of the first:

16 points through a quarter for LeBron James, 14 for Joel Embiid. | @Kia pic.twitter.com/r7ILXPzxMb

The Sixers pulled away a bit in the second quarter.

But LeBron, at age 38, was singlehandedly keeping the Lakers in it.

Both teams looked sort of lackadaisical in the third, to tell the truth. It was a low-scoring bout, and no one, least of all the Lakers home fans, seemed particularly enthused.

Shake tied it with a long three at 79-79 with two minutes left, but the Lakers pulled ahead again. Niang hit a long three: Seesaw time! Embiid triple!

With a minute left, the Sixers, up by two, 111-109, challenged an out-of-bounds call that got reversed. Embiid hit a two, the Lakers answered with a three, and it was a one-point game with 30 seconds left. Joel missed a jumper, but the defense held, and the Sixers triumphed again by one point, for the second night in a row! Whew!

FINAL 76ers 113, Lakers 112. Russ had the ball on the wing with a chance to win it, but he drove the lane on Embiid and tried to pass and turned it over. The Lakers drop to 19-24 with their 3rd straight loss.

In football news, thanks to the Giants’ win over the Vikings yesterday in the Wild Card Round, they’ll get to face the Eagles at the Linc on January 21st at 8:15pm.

#Eagles dodging the Cowboys or Bucs is certainly a favorable outcome. As good as New York’s front is, Eagles ran all over them in the first matchup.

Giants’ secondary is healthier than it was in the first game, but still good reason to feel good about this if you’re the Eagles.

Today, Villanova takes on Georgetown at noon; it’s St. Joe’s vs. La Salle at 2 in a City Six matchup; and Penn visits Princeton at 7.

*An earlier version of this misstated the price of Eagles tickets.