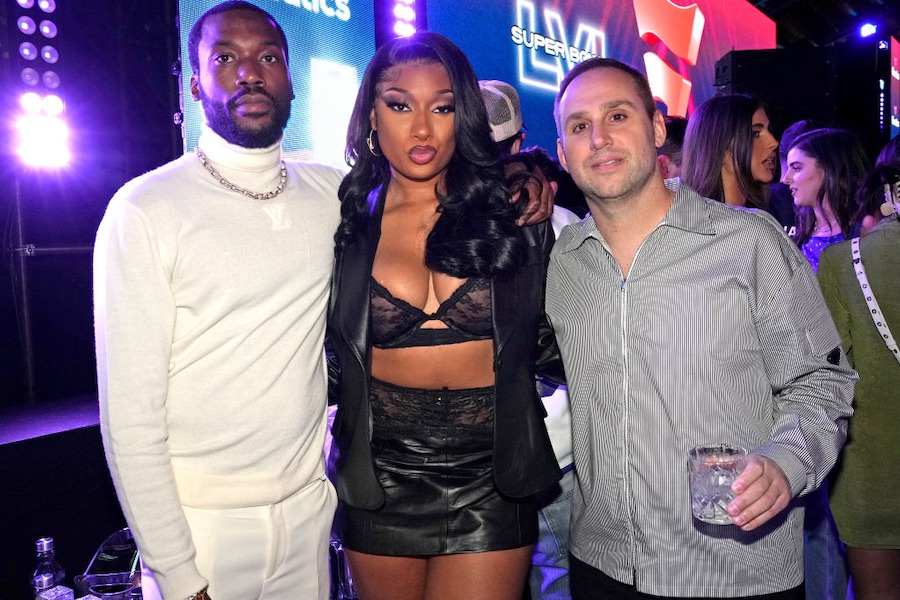 In October 2021, back when he was still co-owner of the Philadelphia 76ers, Bryn Mawr billionaire Michael Rubin purchased a 60 percent stake in NFT company Candy Digital, which has produced NFTs for Major League Baseball and Stranger Things, via his sports merchandising firm Fanatics.

The honeymoon was brief. On Wednesday, just 15 months later, we learned that Rubin was divesting his stake in the NFT company.

“Over the past year, it has become clear that NFTs are unlikely to be sustainable or profitable as a standalone business,” Rubin wrote in an internal Fanatics email making the rounds online. “Aside from physical collectibles (trading cards) driving 99% of the business, we believe digital products will have more value and utility when connected to physical collectibles to create the best experience for collectors.”

“Divesting our ownership stake at this time allowed us to ensure investors were able to recoup most of their investment via cash or additional shares in Fanatics,” he continued. “A favorable outcome for investors, especially in an imploding NFT market that has seen precipitous drops in both transaction volumes and prices for standalone NFTs.”

But don’t worry about Rubin; he’s doing OK. Forbes values the Villanova dropout at $11.3 billion, so he has enough money to buy silly things like NFTs — and a tank for his daughter on her 16th birthday. Because why buy her a Kia Soul when you could buy her a tank, right?

Al Schmidt Is Movin’ On Up

Pennsylvania Governor Josh Shapiro just announced that he’s nominating former Philadelphia City Commissioner Al Schmidt to be Pennsylvania’s new secretary of state. If confirmed by the State Senate—a two-thirds majority is needed—Schmidt would oversee the sure-to-be-contentious 2024 elections in the state. Contentious elections being something Schmidt has some notable experience with.

The Philly Pops are on a mission to raise $2 million by the end of July to save the arts institution.

Your Christmas Tree Still Up?

Let a goat eat it.

And from the Oh-Gawd Sports Desk …

The real gamesmanship may have been going on in D.C. last night, but the Sixers were also playing. They had no Joel for their home game against the Pacers; his foot was still sore from a tumble on Monday. So the starters: Tyrese Maxey (for the first time since November), De’Anthony Melton, James Harden, P.J. Tucker and Tobias Harris. They scored first, but Indiana took an early lead — and that was before Tucker pulled up lame.

Somehow, the ship righted itself, and some good stuff from Shake Milton and Montrezl Harrell closed out the first quarter.

Georges Niang got his three-game going to put the Sixers in the lead, 34-32, early in the second. Harrell was 5-for-5 from the floor in just eight minutes of play. Why Doc Rivers decided to pull him and put Tucker back in is one of life’s great mysteries. Sixers were up 50-43 at that point; with two minutes left in the half, the game was tied. But they picked it up at the end:

Halftime: Sixers 66, Pacers 61 after Harris' streaking dunk in the final seconds. He's got 11 points on 5-of-8 from the floor. Harden has 16 points and 6 assists. Harrell with 12 points on 5-of-5 shooting off the bench. Sixers have 36 points in the paint.

The Sixers came out of the half hot and went up by 10, 76-66, but the Pacers are young and fast, and they pushed the game. New nickname alert!

Harrell went back in with 4:15 left in the third, thank God. He’s 10 years younger than Tucker, FFS.

Everybody was feeling all comfy-cozy, and then somehow, some way, it was a four-point game with five minutes left to play. Buddy Hield hit a three, and suddenly:

With a minute left, the Pacers were up by four.

Maxey missed a three, then made a steal. Two-point game with 30 seconds left. And then a miracle occurred! Maxey missed a layup, Harris sank the follow-up tip, and the Sixers managed to tie it. Overtime!

I can’t take much more of this. Back and forth, back and forth. Melton hit a monstrous three to put us up one, 125-124. Harrell — who else? — made a monster follow-up dunk on a Maxey miss. Sixers up three!

Holy hell. One-point game, 20 seconds left. Harden was fouled and missed both foul shots — but then got a defensive stop. The Pacers fouled Tobias with 4.1 on the clock. He sank his two. Sixers were up three. And that’s where it stayed! Play the song! No, this one:

In college hoops, Villanova sank the Georgetown Hoyas, 73-57, Temple bucked the South Florida Bulls, 68-64, and St. Joe’s got battered by the Dayton Flyers, 76-56. Drexel faces off against Towson in Maryland tonight at 7.