Profiles of fascinating Philly characters, tales of scandal, a deep-dive into food influencer culture — there was something for everyone published in Philadelphia this year. Here are some of our favorites. 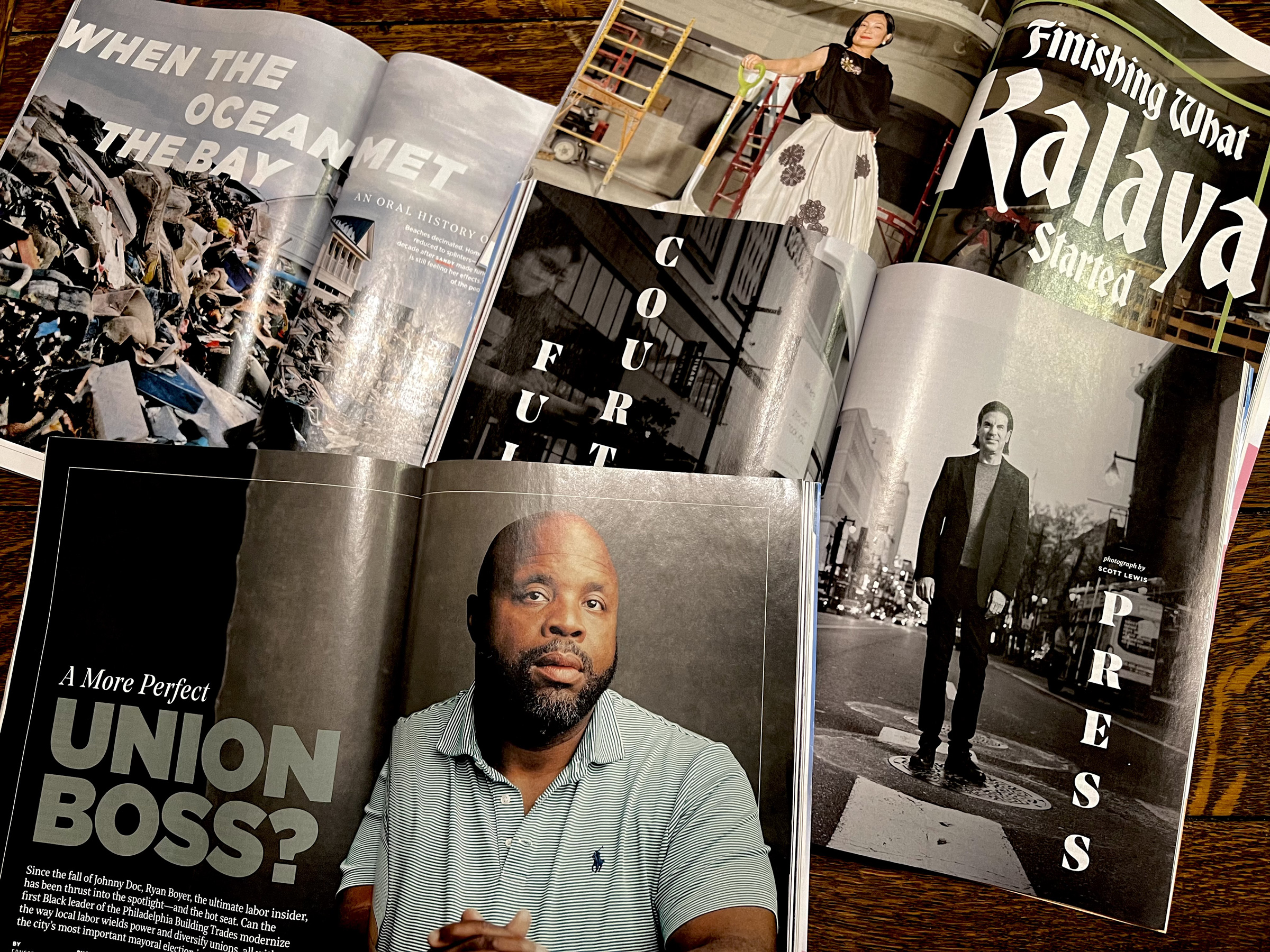 Settle in with some great Philadelphia magazine long reads from 2022.

There comes a time during every holiday season when the boredom sets in. This is natural. There’s nothing to be ashamed of. There can only be so much rest, relaxation, food and drink and good cheer.

When that time comes, might we suggest using it to catch up on some reading? There were plenty of delightful long reads published in Philadelphia in the year 2022 — from insightful profiles of the fascinating characters that make up our city to tales of only-in-Philly scandal to an examination of the peculiar naming conventions of prescription drugs. Something for everyone, in other words. Here are 13 of our favorite stories published this year. Enjoy!

Now It Can Be Told: Karen Hepp Opens Up About Her Battle With Facebook 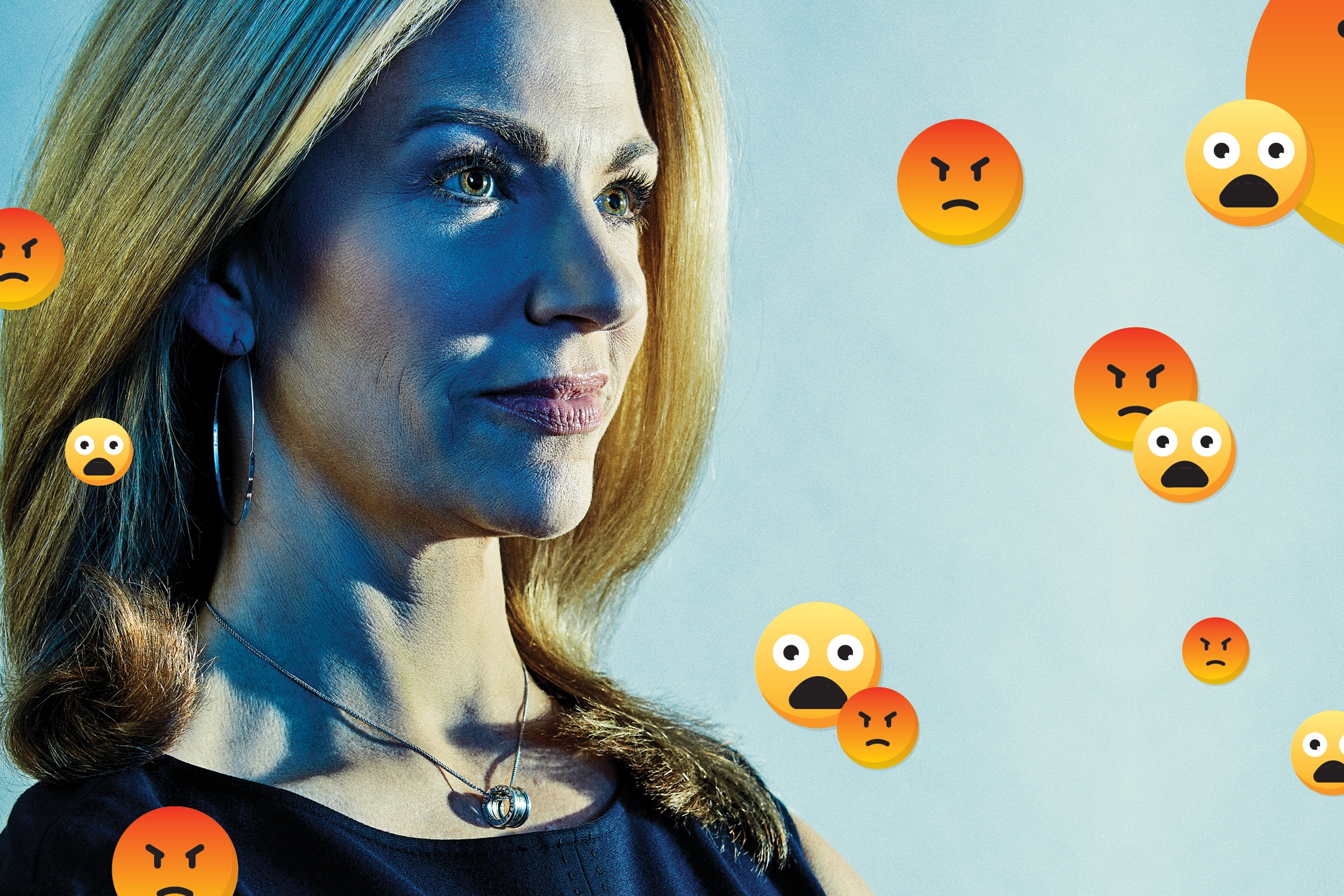 The Fox 29 anchor graces Philly TV screens every weekday morning. But on the internet, her face has popped up without her permission in Facebook ads for dating sites and other unseemly places. Now the Main Line mom is fighting back, having filed a $10 million lawsuit against one of the most powerful companies on the planet. Senior reporter Victor Fiorillo documents the peculiar, riveting case. Keep reading here. 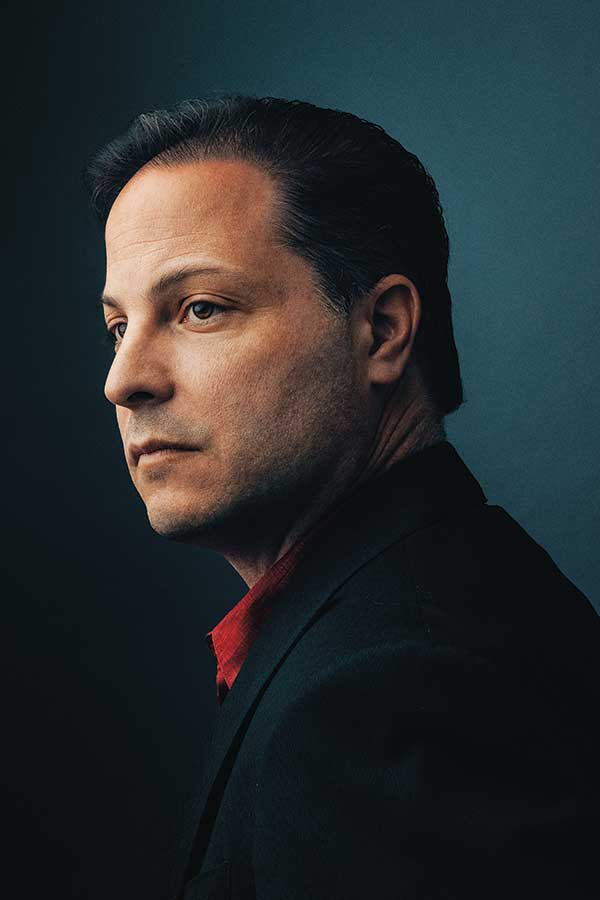 The controversial Doylestown venture capitalist made his money backing startups. He fanned the flames of the COVID culture wars last fall by throwing big money into small-town school-board races. He’s bankrolling the Bankroll, a new Stephen Starr sports-betting restaurant concept coming to Center City. Writer Bob Huber likens Martino to an “angry outsider” — someone who can “crack into whatever world he wants to enter.” Keep reading here. 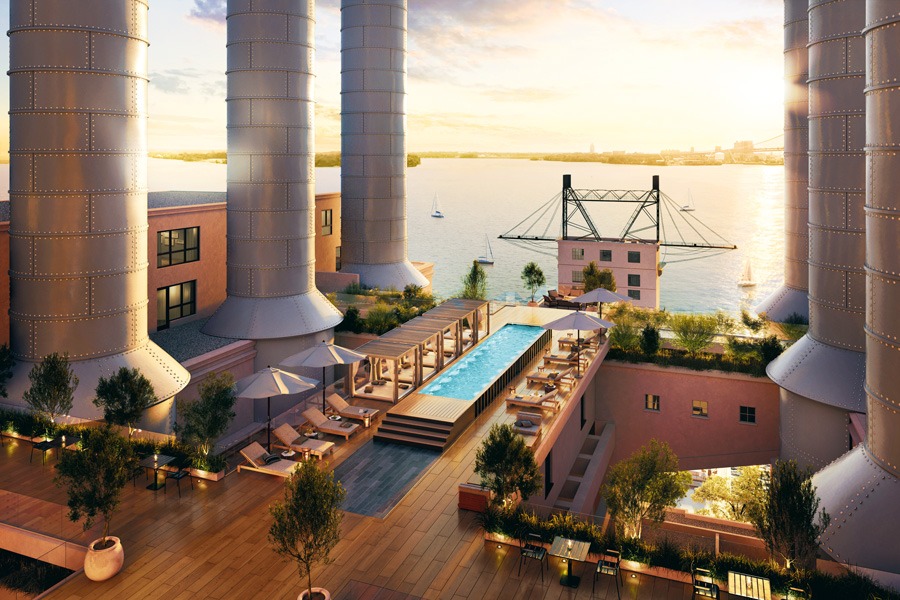 A rendering of the proposed rooftop pool at the Battery. / Photograph courtesy of NQS Creative

What do you do with 1920s-era power station on the Delaware River? You turn it into luxury apartments. Obviously! “This is land-use change, not social change,” Don Steinberg writes of the project known as the Battery. Through the lens of this development, Steinberg asks the big-picture question with far-reaching implications for Philly: Are we finally figuring out how to embrace, rather than knock down, our architectural heritage? Keep reading here.

The Philadelphia Folk Festival Is Hanging On By a String 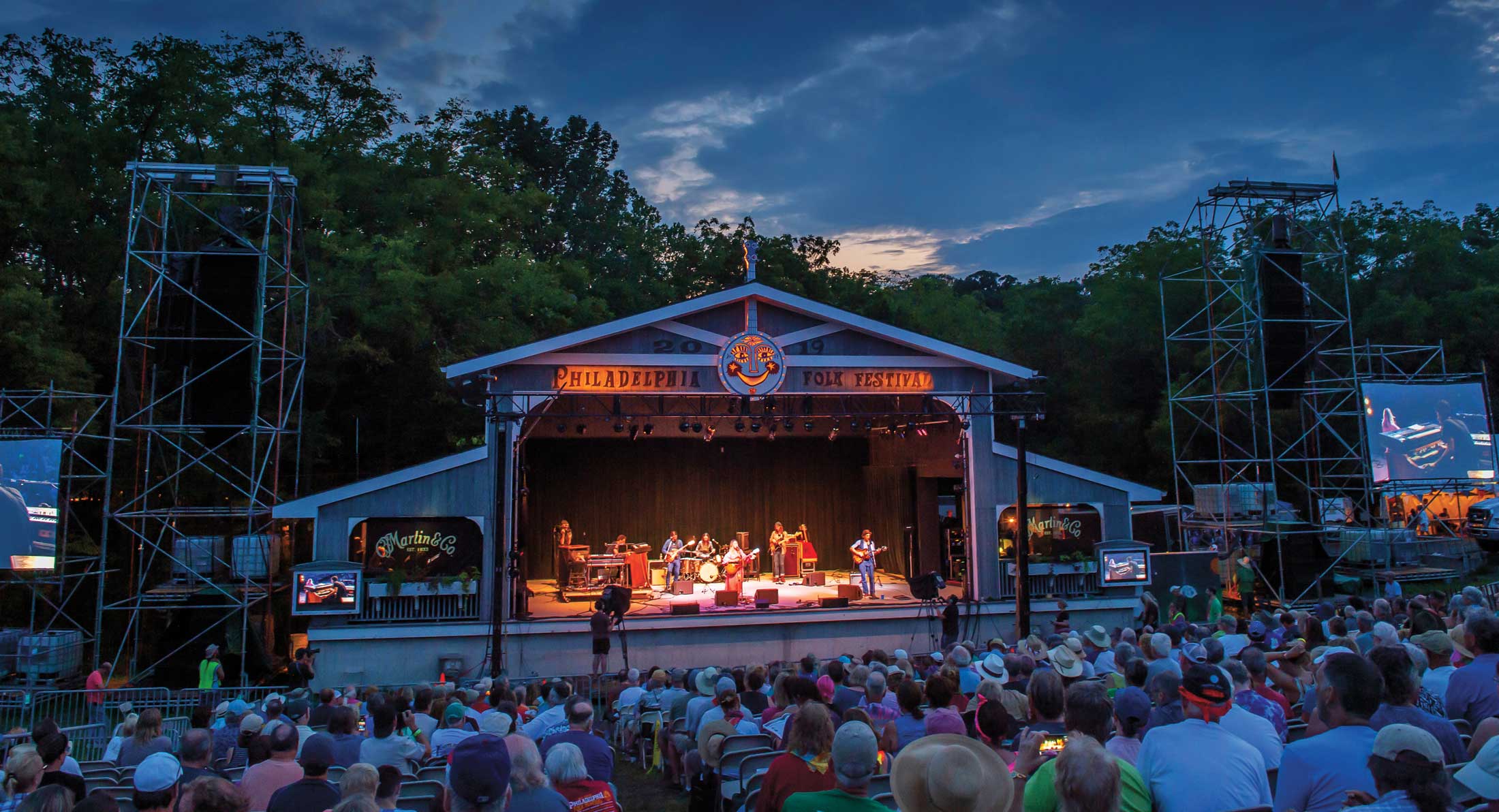 Judy Collins. Joan Baez. John Prine. Joni Mitchell. The Philadelphia Folk Festival has hosted more than its fair share of star-studded performers over its 60 years— and those are just the ones whose names start with J! Music critic and longtime Folk Fest attendee Jonathan (seriously, another one?) Takiff walks through the festival’s rich history, while also laying out the thorny fact that the venerable festival will need to make big budgetary and operational changes to stay alive in the years to come. Keep reading here. 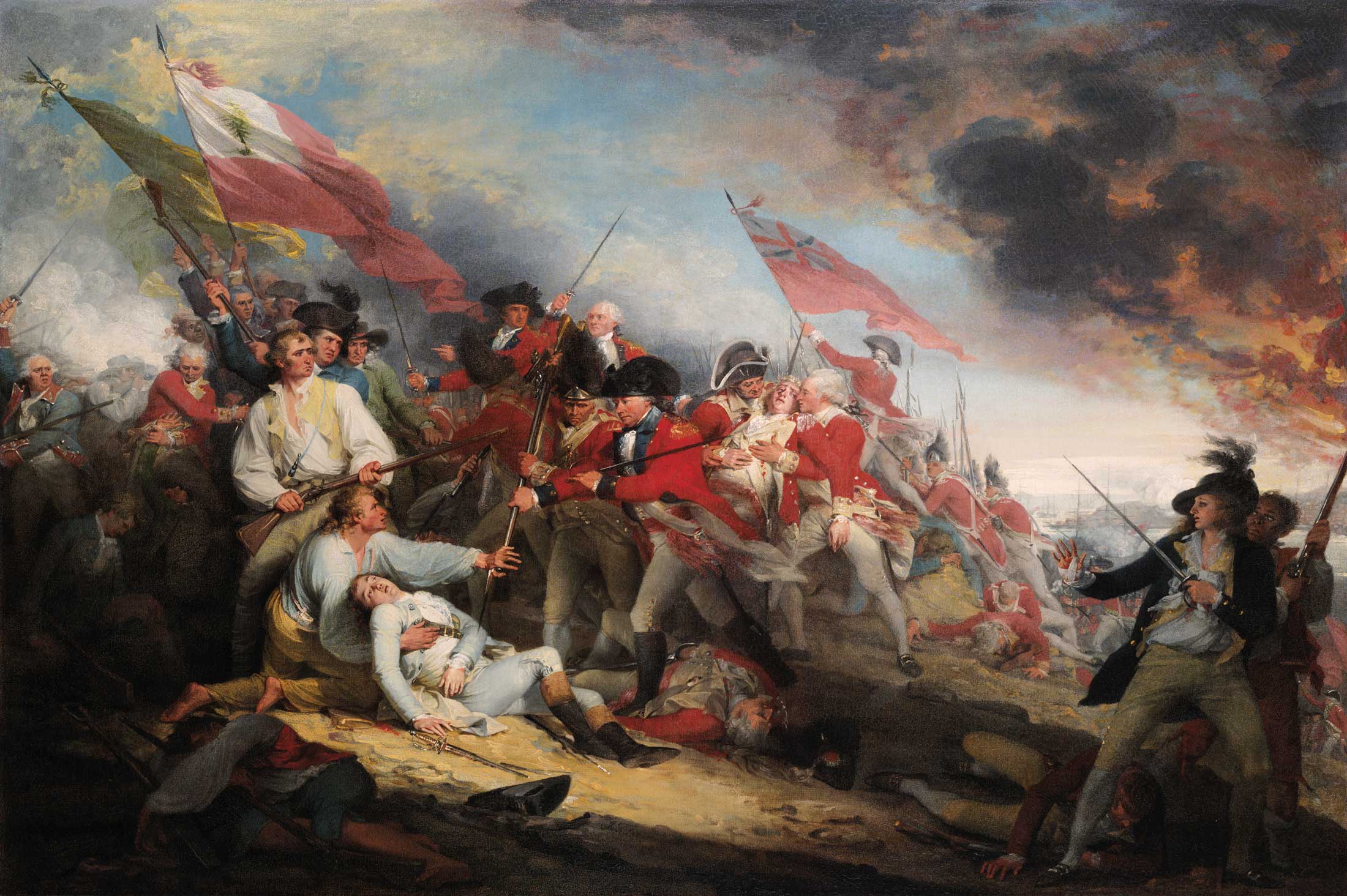 If you know anything about how the 1976 Bicentennial celebration went in Philly, it may not come as a great shock to find out that the planning for the 2026 Semiquincentennial, America’s 250th birthday party, is a similar mess. Two opposing camps in Philadelphia are vying to dictate how the country celebrates its anniversary, complete with accusations of cronyism, sexism, double-dealing and bad faith. Since this story was first published, two of the central figures in the saga have left their positions. Keep reading here.

This Is Why Prescription Drugs Have Such Weird-Ass Names 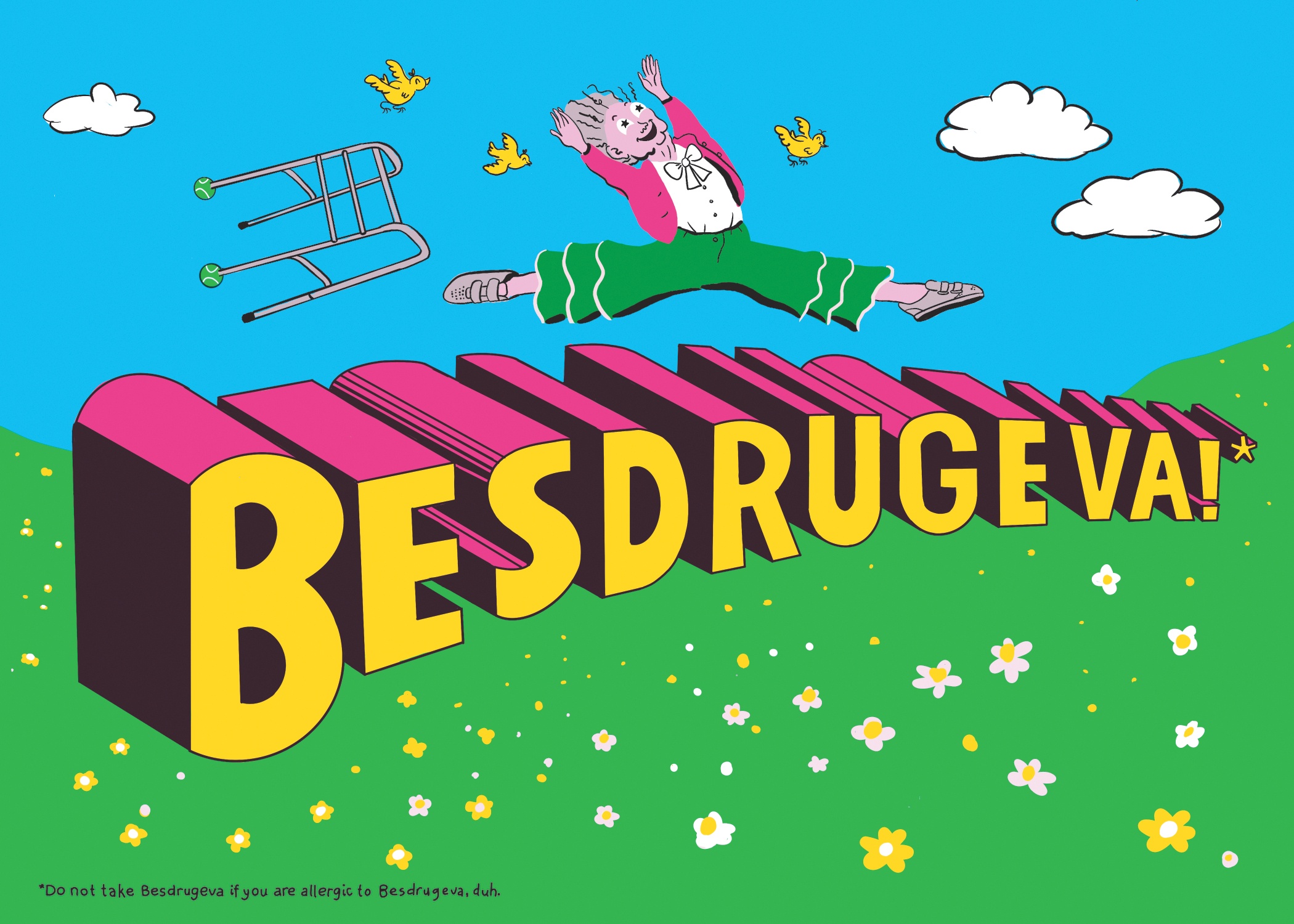 Drug names are weird … and more complicated than you may realize. / Illustration by Jade Schulz

What’s in a name? Quite a lot, actually. Deputy editor Sandy Hingston dives deep into the strange, mesmerizing world of prescription drug naming and advertising. As Hingston writes, “Next time you’re being bombarded by annoyingly upbeat ads for Skyrizi and Tremfya and Dupixent, console yourself by remembering: They’re providing jobs for poets and linguists. Who else is gonna do that in this day and age?” Keep reading here.

Can Ryan Boyer Change How Philly Unions Do Politics? 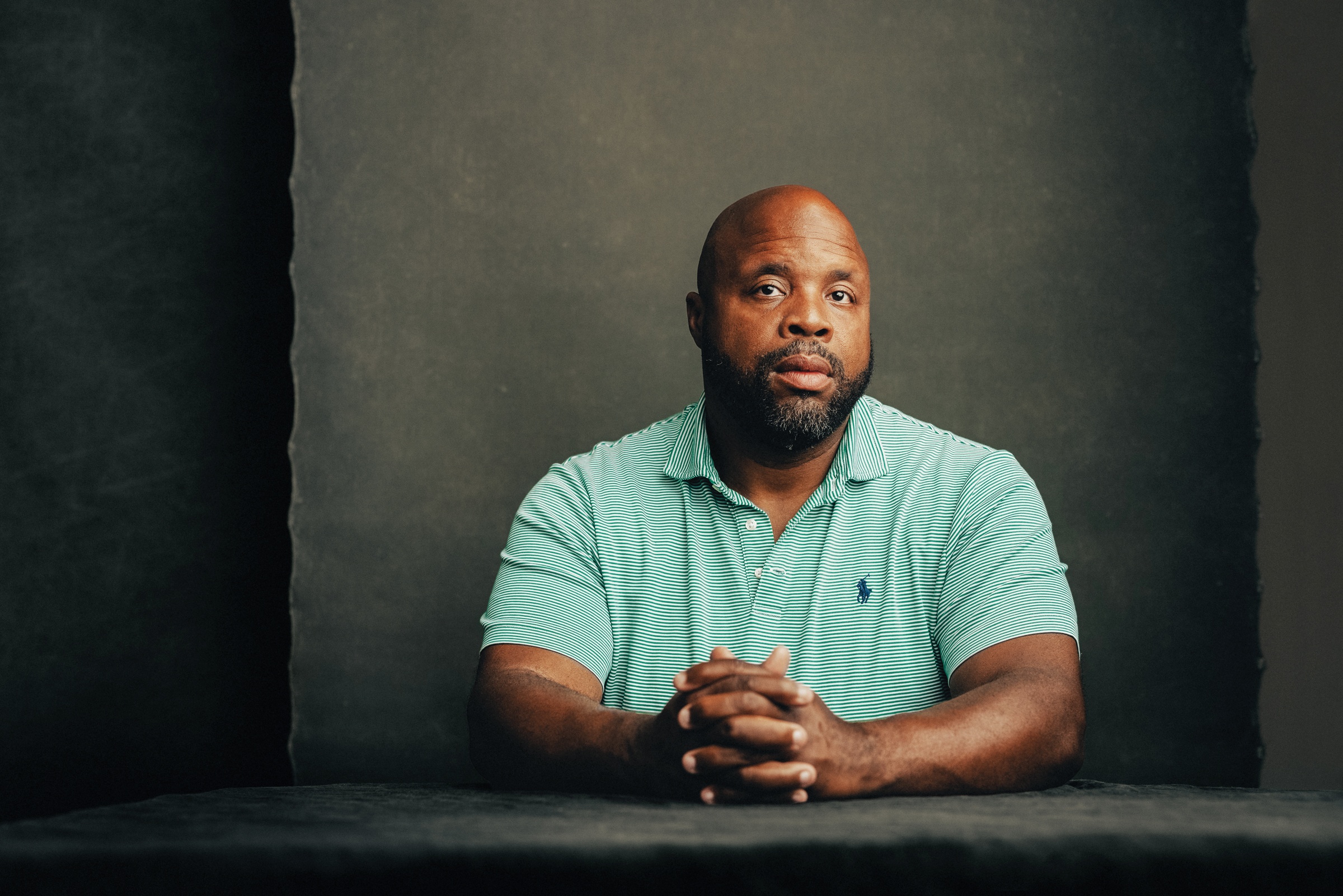 Editor at large Ernest Owens profiles the first Black leader of the Philadelphia Building Trades, who has set his sights on diversifying the city’s unions, modernizing the way they wield power and tipping the scales in what’s sure to be most consequential mayoral election in decades. Keep reading here. 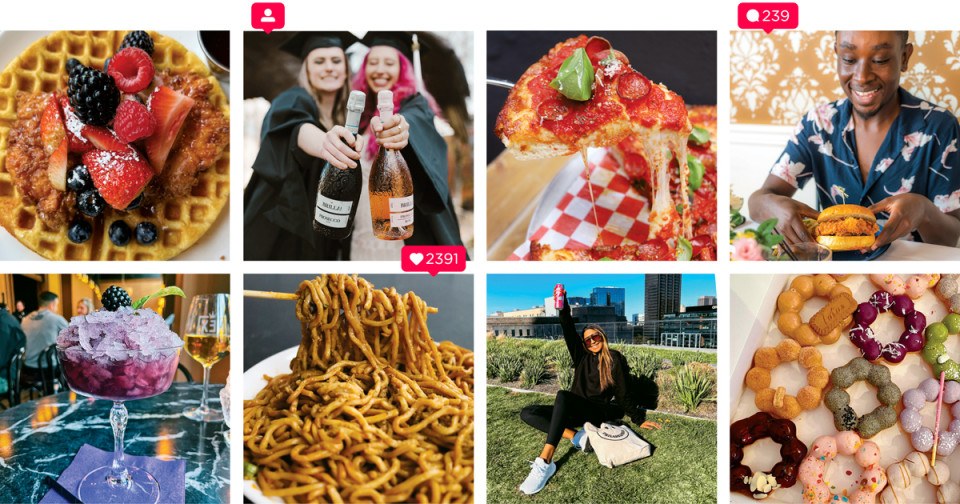 You’ve probably encountered a food influencer restaurant review on Instagram, TikTok, or elsewhere on the internet. What you may not realize about these “reviews” is that they’re part of a hazy ecosystem of restaurants, public-relations professionals and (typically) amateur food content creators. The standard operating procedure is simple: free meals in exchange for positive press. But what happens when an influencer has a bad experience? Or when this new generation of food critics starts realizing that maybe, just maybe, they should be getting paid? Food editor Hannah Albertine pulls back the curtain on this corner of the restaurant industry and considers its ethical questions. Keep reading here. 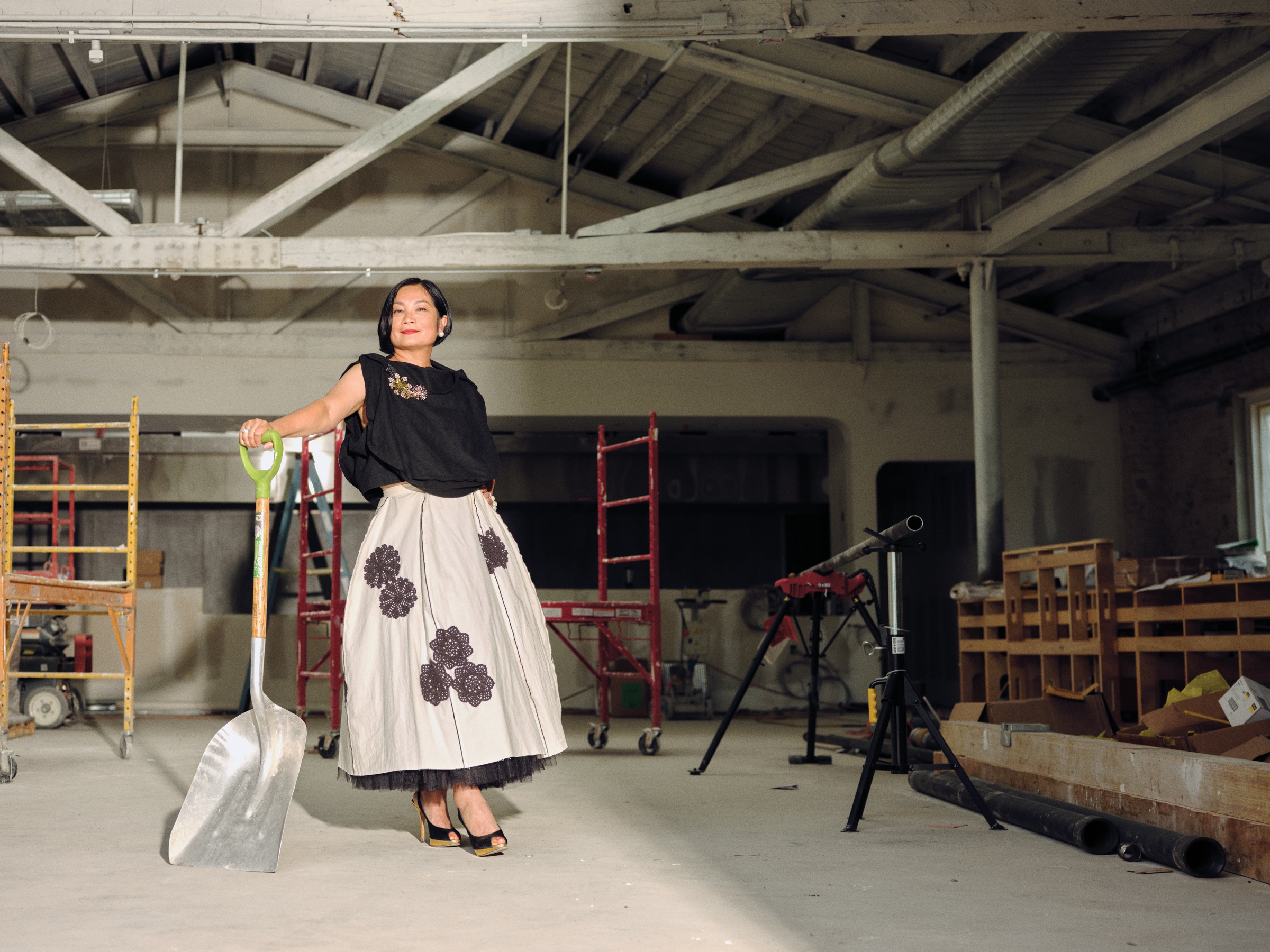 In this exquisitely written profile of Kalaya chef-owner Nok Suntaranon, writer Jason Sheehan jet-sets through Nok’s bustling life, taking us from a market stall in Thailand to the first-class cabin of a Kuwait Airways plane where Nok once worked to Palmer Street in Fishtown, where the gigantic new outpost of Kalaya is located. As Nok tells Sheehan on the eve of the new restaurant opening, “I think now it’s go big or go home, right?” Keep reading here.

How the Always-Smiling, Always-Practicing Tyrese Maxey Became the “Absolute Key” for the Sixers 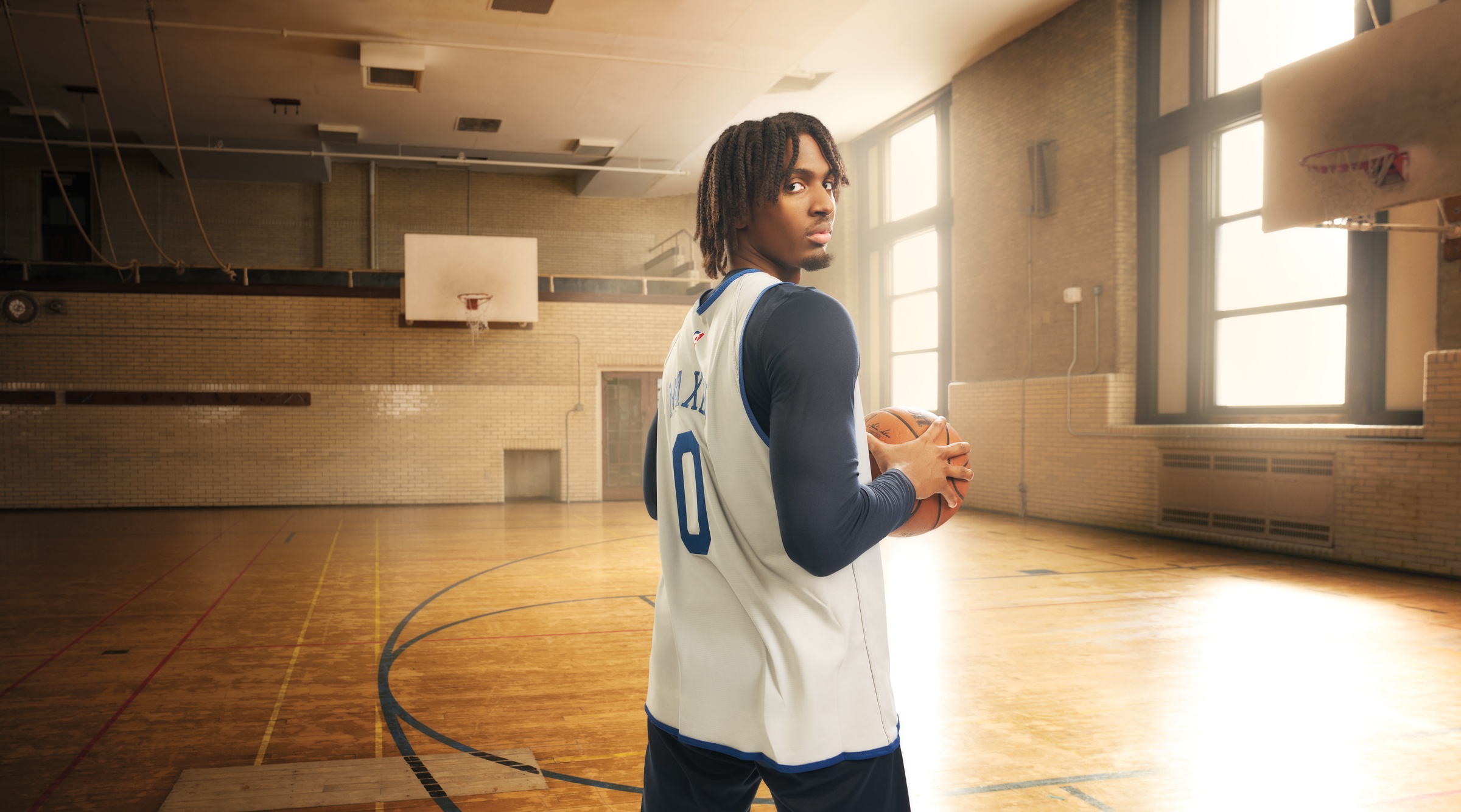 Watching the Sixers this year has at times felt more like a chore than an activity one chooses to engage in for fun. This does not hold true for Tyrese Maxey, however, who is a delight every time he’s on the floor. (That recovery from a broken foot can’t come soon enough.) David Murrell follows Maxey during the offseason from Philly to his college haunt of Lexington, Kentucky, at a time when the Sixers guard is at an inflection point: on the precipice of stardom, and facing his first season with sky-high expectations. Keep reading here.

When the Ocean Met the Bay: 10 Years Later, an Oral History of Superstorm Sandy 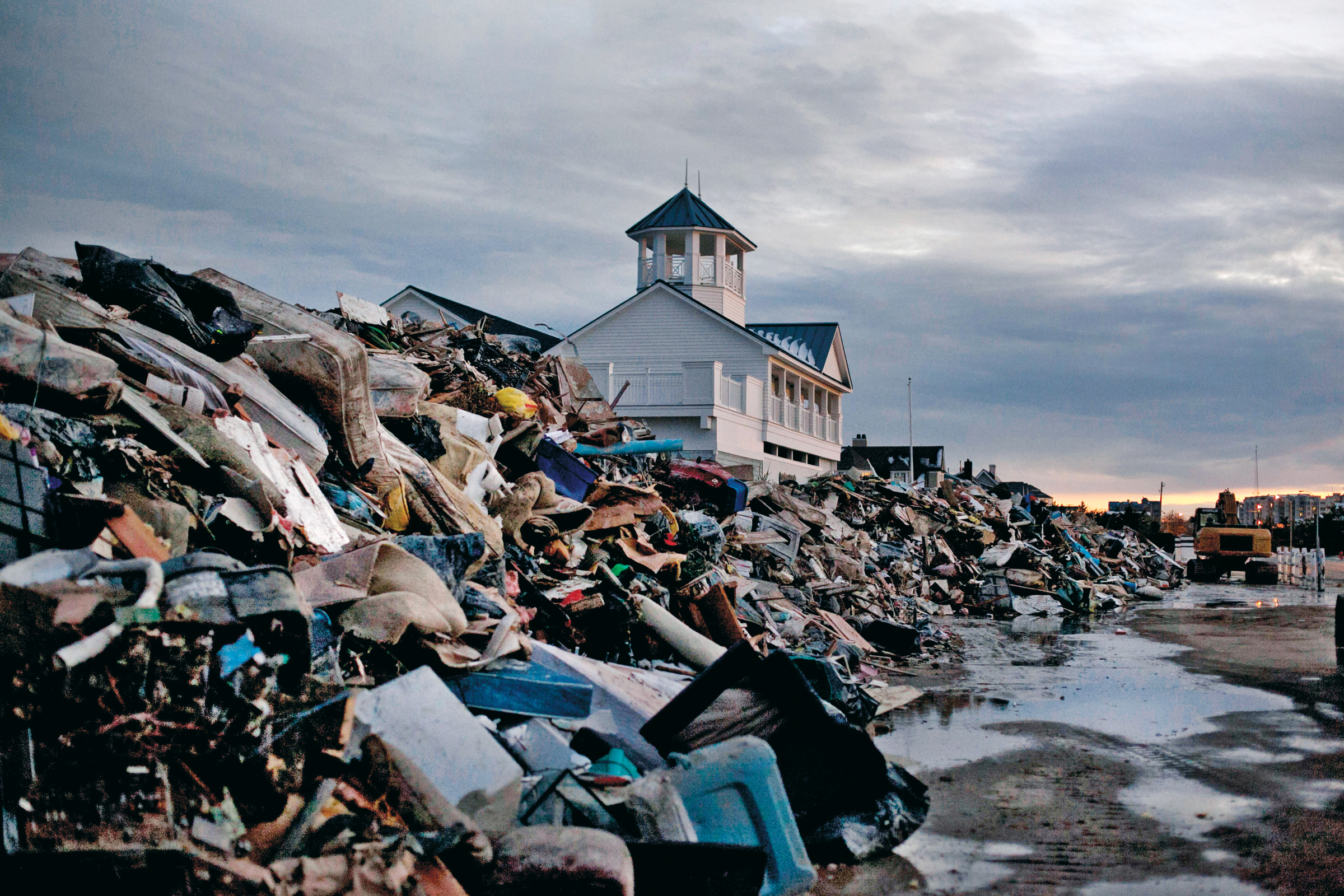 It’s hard to believe it’s been a decade since Hurricane Sandy struck the East Coast. Beaches decimated. Homes, businesses and lives destroyed. Boardwalks reduced to splinters — and a roller coaster plunged into the sea. Even to this day, the region is still feeling the storm’s effects. Writer Patrick Rapa compiles the words and memories of the people who lived through Sandy in this comprehensive oral history, complete with stunning photographs. Keep reading here. 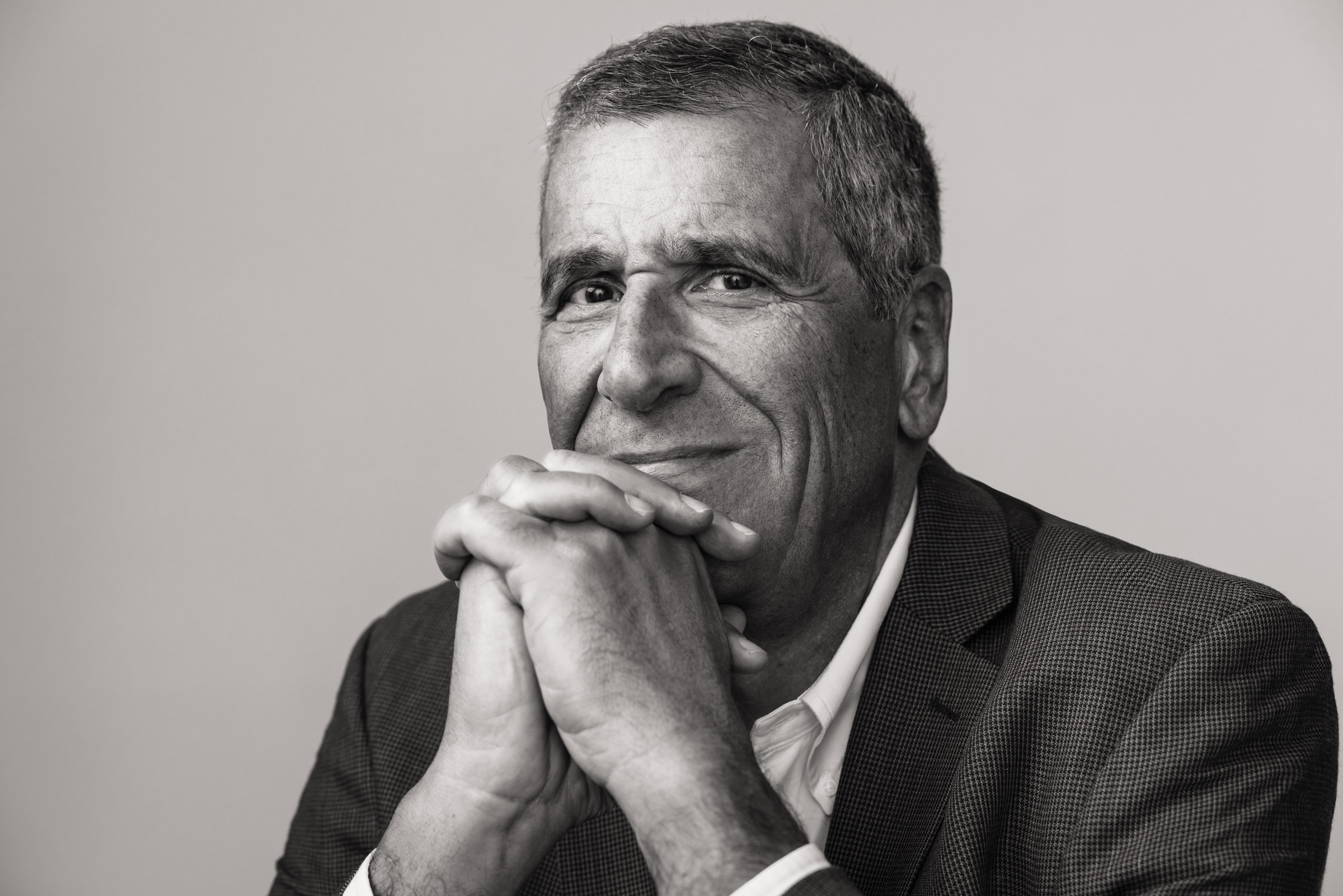 One thing’s for sure: Philadelphia sports radio — which is to say Philadelphia sports in general — won’t be the same without WIP’s Angelo Cataldi. Writer Bob Huber looks back on the legacy of the talk-radio host, from his feuds with the Eagles’ Howie Roseman to Wing Bowl, and considers his impact on sports discourse in the city. Keep reading here. 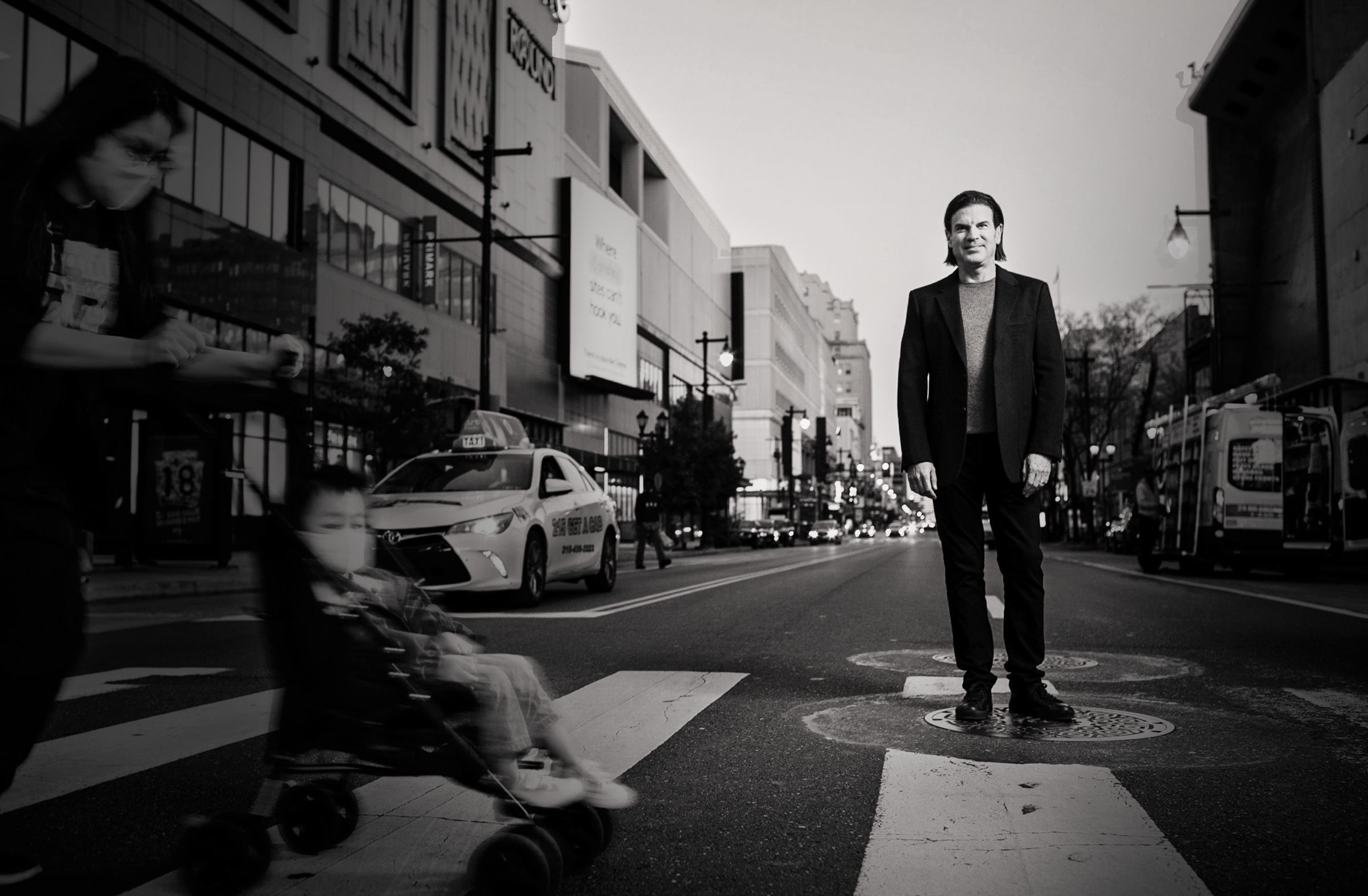 What David Adelman wants is clear: to build nothing less than the most glamorous, beautiful, state-of-the-art NBA arena in the country (estimated price tag: $1.3 billion) for the Sixers. To do so, he intends to knock down half of the Fashion District mall in Market East. What’s less clear: whether Adelman, whose day job is CEO of Campus Apartments, can overcome the considerable opposition from the neighboring Chinatown community to actually get the thing built. Writer David Murrell profiles the billionaire developer as he prepares to make his case. Keep reading here.