Philly Today: All I Want for Christmas Is the New Philadelphia Eagles Christmas Album

Seeing Jason Kelce lose it when Jordan Mailata chimes in on "White Christmas" will cure what ails ya. 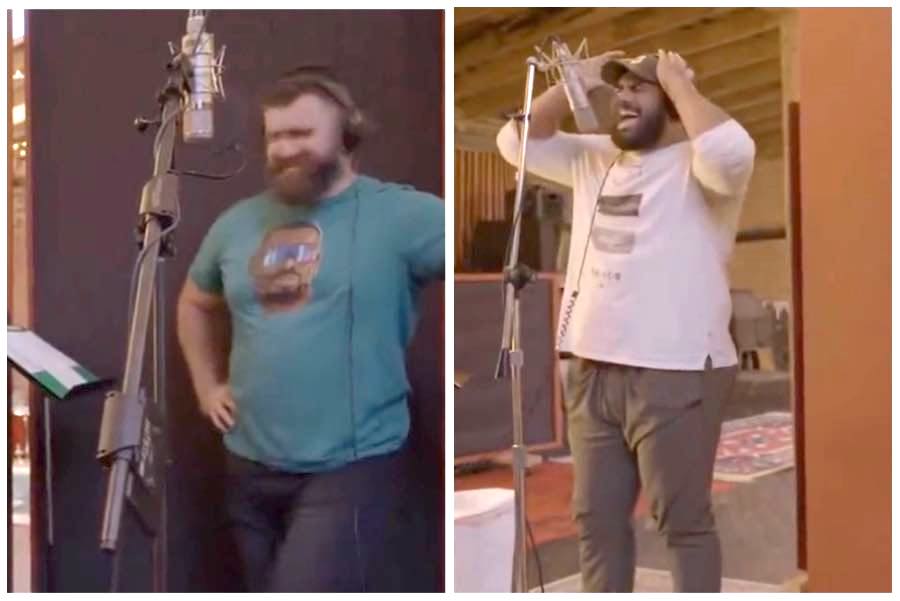 Images from behind-the-scenes at the recording of the new Eagles Christmas Album, A Philly Special Christmas

UPDATE 12/9: The second pressing of the Philadelphia Eagles Christmas album sold out in two minutes on Friday morning. For the full story, go here.

I don’t know about you, but it’s been quite a week for me. And I could sit here and tell you all sorts of bad news about the city we live in. Instead, I’m exercising my editorial power by simply telling you that the new Philadelphia Eagles Christmas album, A Philly Special Christmas, is all I want for Christmas.

History is full of athletes who fancy themselves musicians but who, in truth, should never have walked into a recording studio. But this album is different.

Just get a taste of “Blue Christmas,” the first single from A Philly Special Christmas, released this morning and performed by none other than tackle Lane Johnson and center Jason Kelce with an assist from members of the Hooters, among others:

OK, that’s great and all. But tackle Jordan Mailata on “White Christmas” is just ridiculous, in the best possible way:

The first single from “A Philly Special Christmas” releases this Friday‼️

And here’s a li’l documentary about the whole thing, which is for charity:

Oh, then there’s this:

The “behind the scenes” 😭 pic.twitter.com/s7BET3fCO9

Online inventory has sold out, at $75 a pop. On Saturday morning, you can buy the album in person at Eagles Pro Shop locations. How much? $400. Learn all about the album here.

Is That Snow I See In the Forecast?

I know it’s a week away, and it probably won’t happen. But it’s fun to know that they’re predicting some of the white stuff next Friday. Gotta get to the Ack-a-me for some bread and milk!

Why Was Montell Jordan at City Hall Last Night? 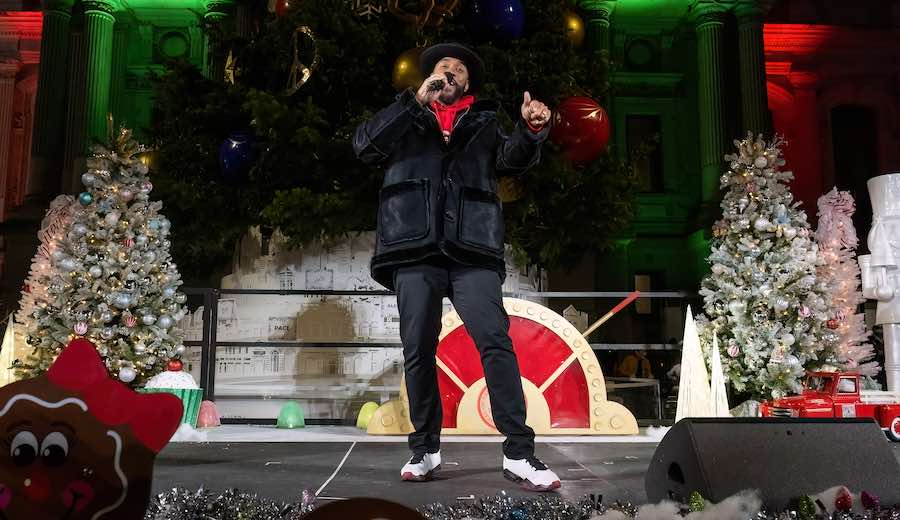 To sing a Christmasy version of “This Is How We Do It” at the City Hall Christmas tree lighting ceremony, of course. Because when I think of Christmas, that is most definitely the first song that comes to my head.

From the Department of … “Ya Think?!”

Collin Gosselin, one of the sextuplet kids of pride-of-Berks-County Jon and Kate Gosselin, says that Jon & Kate Plus 8, the reality show about the Gosselins, ruined the family. Hey, Collin, it’s OK. Not every family can be the Kardashians.

About That Taylor Swift Ticket Contest

On Wednesday, I told you that a chocolatier in Atlantic City was selling 3,000 “golden ticket” chocolate bars, with one bar containing a winning number for Taylor Swift tickets. Well, hours later, said chocolatier sold out of all the candy bars. Sorry, Swifties! Try StubHub, I guess?

First There Was Ryan Long

Now, there is Ocean City’s Cris Pannullo, who is creating quite the excitement on Jeopardy. (For all you public radio nerds, Long was also featured on “This American Life” this week. Our own Bradford Pearson was interviewed for the story, too.)

A Little Free Library for crafty kids is born.

And from the Slim Pickin’s Sports Desk …

Tonight, the Sixers are in Memphis to play the Grizzlies at 8 p.m. Joel is back, but not Tyrese or James yet. Oh, and oh boy, Tobias is sick.

#Sixers forward Tobias Harris is questionable for Friday night’s game vs. the #MemphisGrizzlies with a non-COVID-19 illness.

We’ll see if the team can perform better than it did in that mess Wednesday night.

Anyone else still watching?

Better make it early to rise this weekend, folks, as the U.S. Men’s National Team faces the Netherlands in their knockout-round World Cup match at 10 o’clock on Saturday morning.

Get acquainted with our Knockout Round opponent. #USMNT x @BioSteelSports

Also on Saturday, Villanova takes on Oklahoma at home at 12:30; St. Joe’s plays Fairleigh Dickinson Saturday at home at one; Temple is at home against VCU at one; Penn plays La Salle at home at two; and the Princeton Tigers visit the Drexel Dragons at two.

And that’s all I’ve got!